As much as we may not want to admit it, in just a matter of weeks we will be in the early days of winter in Toronto and prepping to welcome the start of another new year — a year that already has a ton of changes planned for the city, even if it's under the same mayor.

Perhaps most noticeable among these changes is the progression of some huge public transportation projects, but what is getting eclipsed by major infrastructure endeavours like the Ontario Line are the numerous amendments that could be coming to bus routes in the city, impacting more people locally.

Transit expert and advocate Steve Munro was kind enough to wade through the TTC's publicly available 2023 Annual Service plan to summarize what riders can expect from the city's network in the next year, which they can have their say about through upcoming public consultations.

The commission is seeking feedback on proposed changes to its surface network, which it has outlined in a series of maps.

It has added eight new focus areas based on public input, and they
(and the route changes potentially coming to them) are as follows: 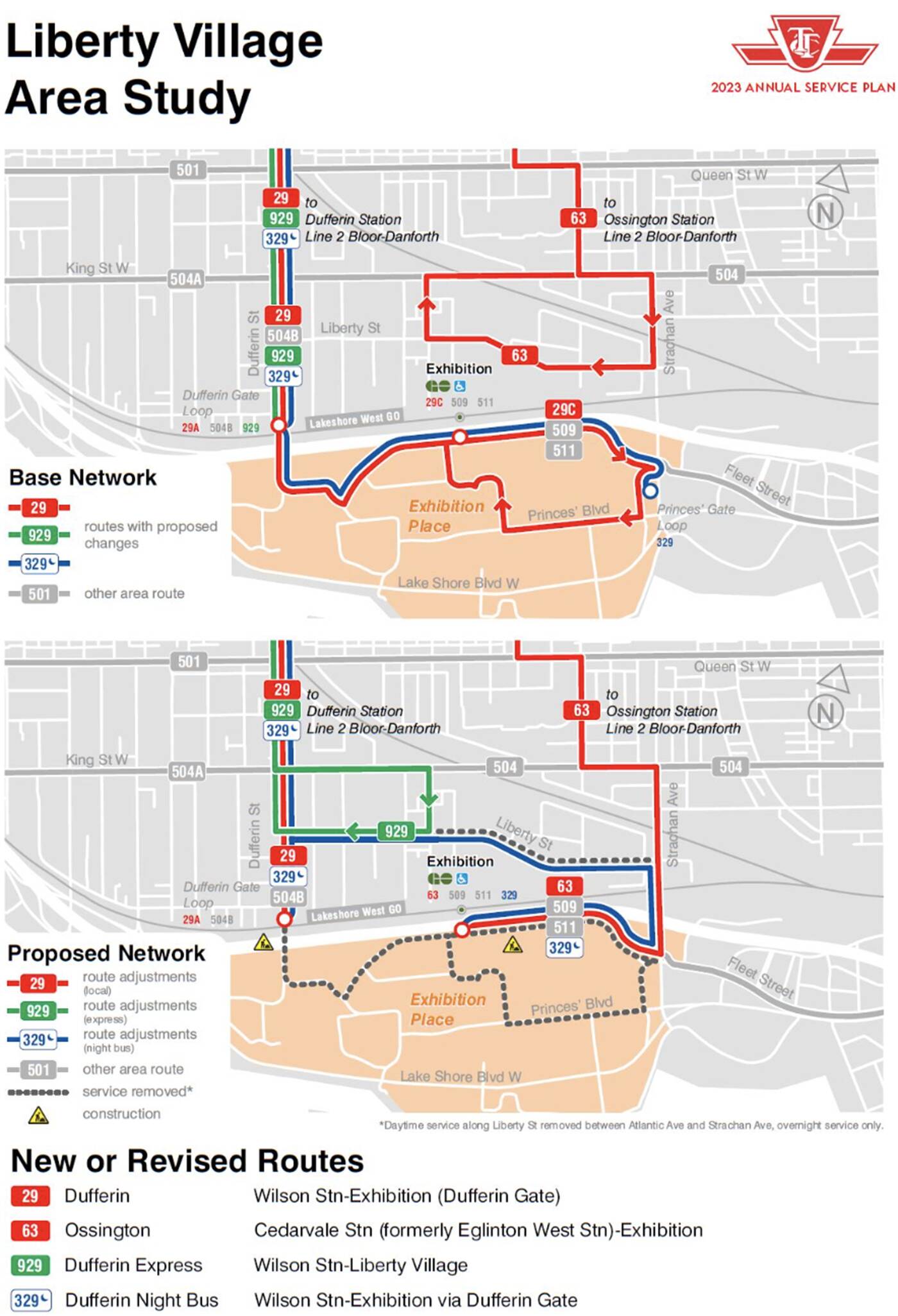 Liberty Village will see the slight revision of the 29 Dufferin route, the 63 Ossington, the 929 Dufferin Express and 329 Dufferin Night Bus, as depicted above, pending public response. 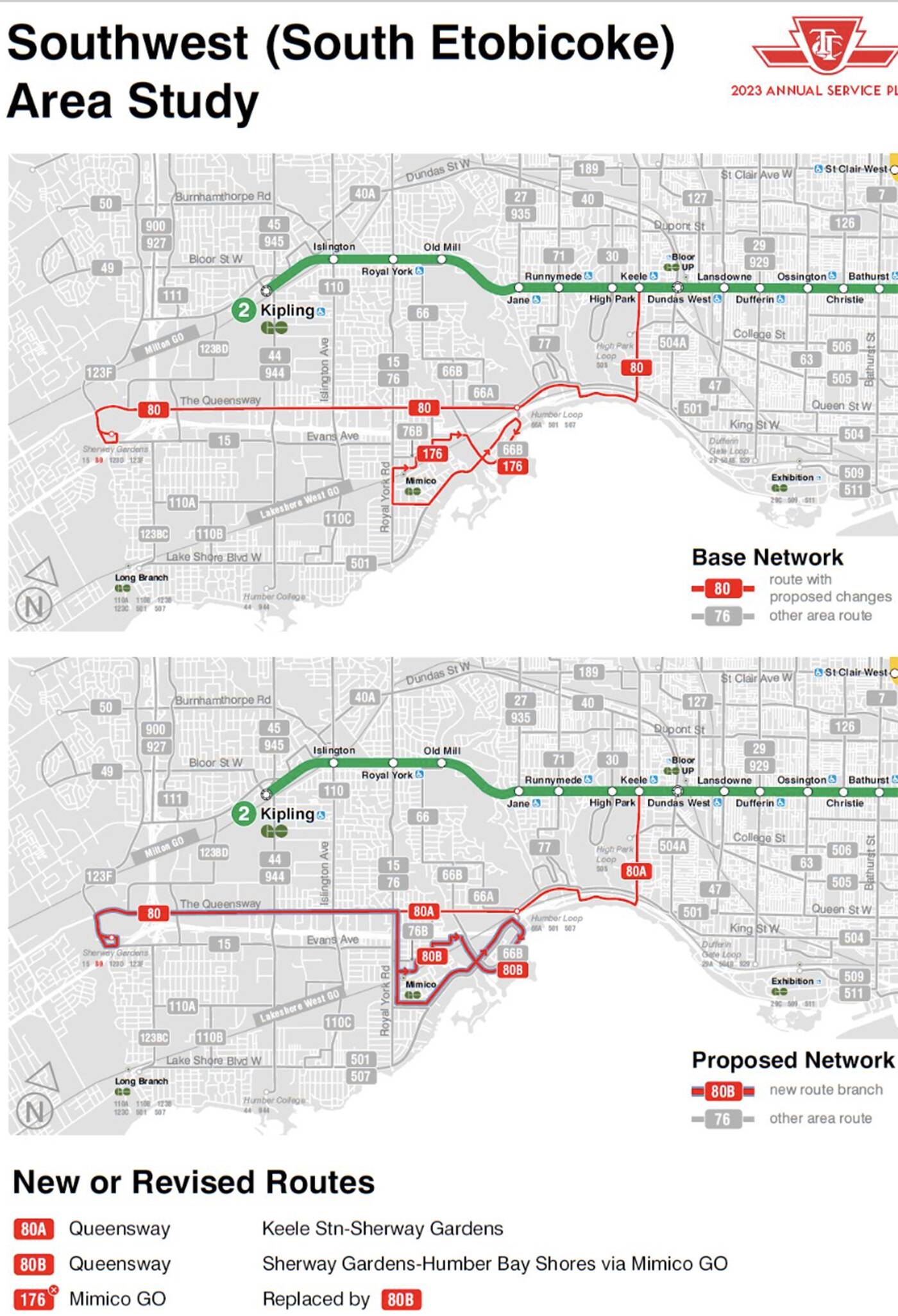 In South Etobicoke, the current 176 Mimico GO route will be replaced by a new route branch of the existing 80 Queensway, which will now be divided into A and B portions. 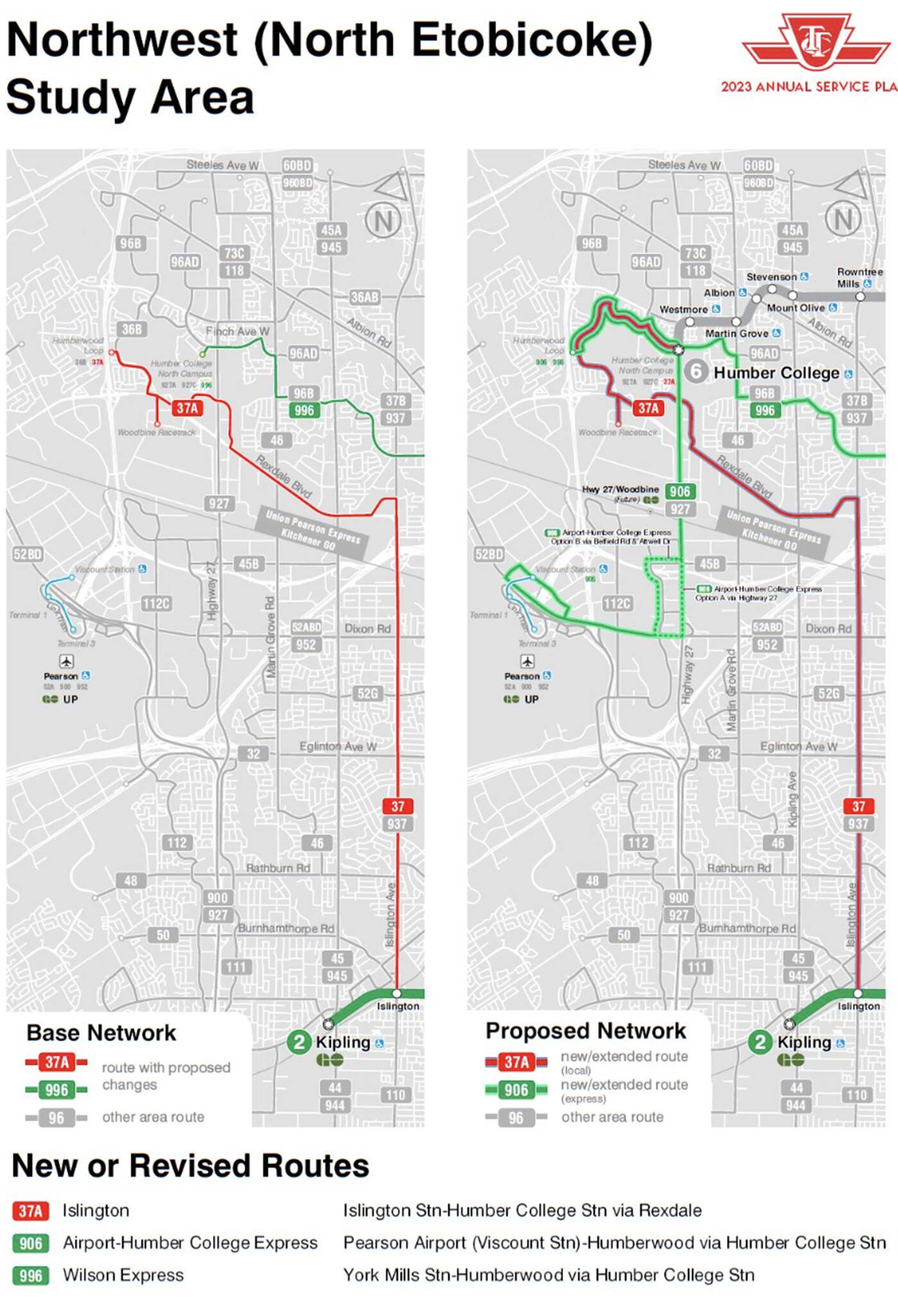 In North Etobicoke, meanwhile, the 37A Islington will be extended to Humber College, and the 996 Wilson Express to Humberwood Loop. A new 906 Airport-Humber College Express will also be added. 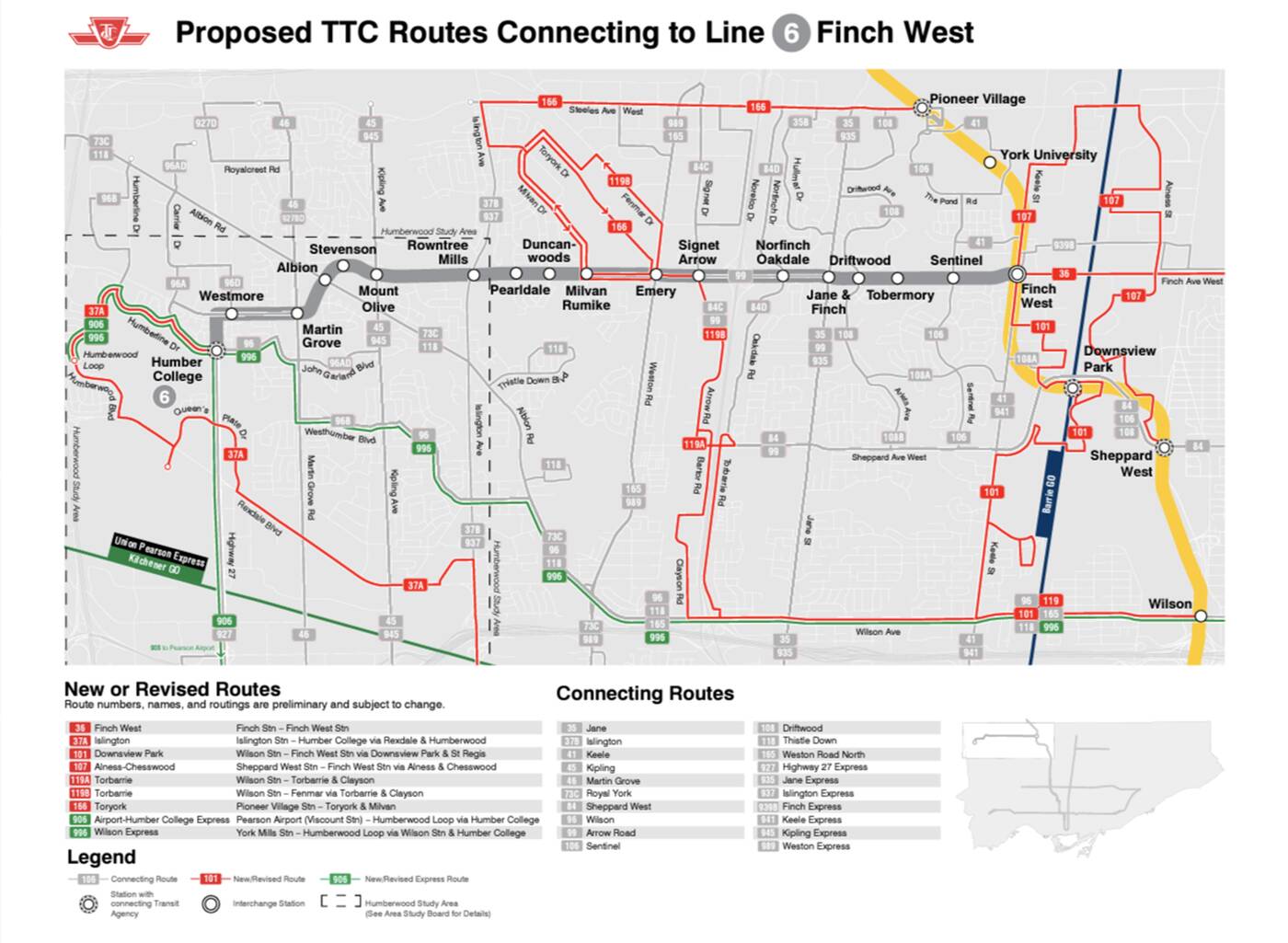 Further north, there are a ton of modifications to bus routes that connect with Line 6 Finch west, including an extension of the 119 Torbarrie and the addition of a 166 Toryork. 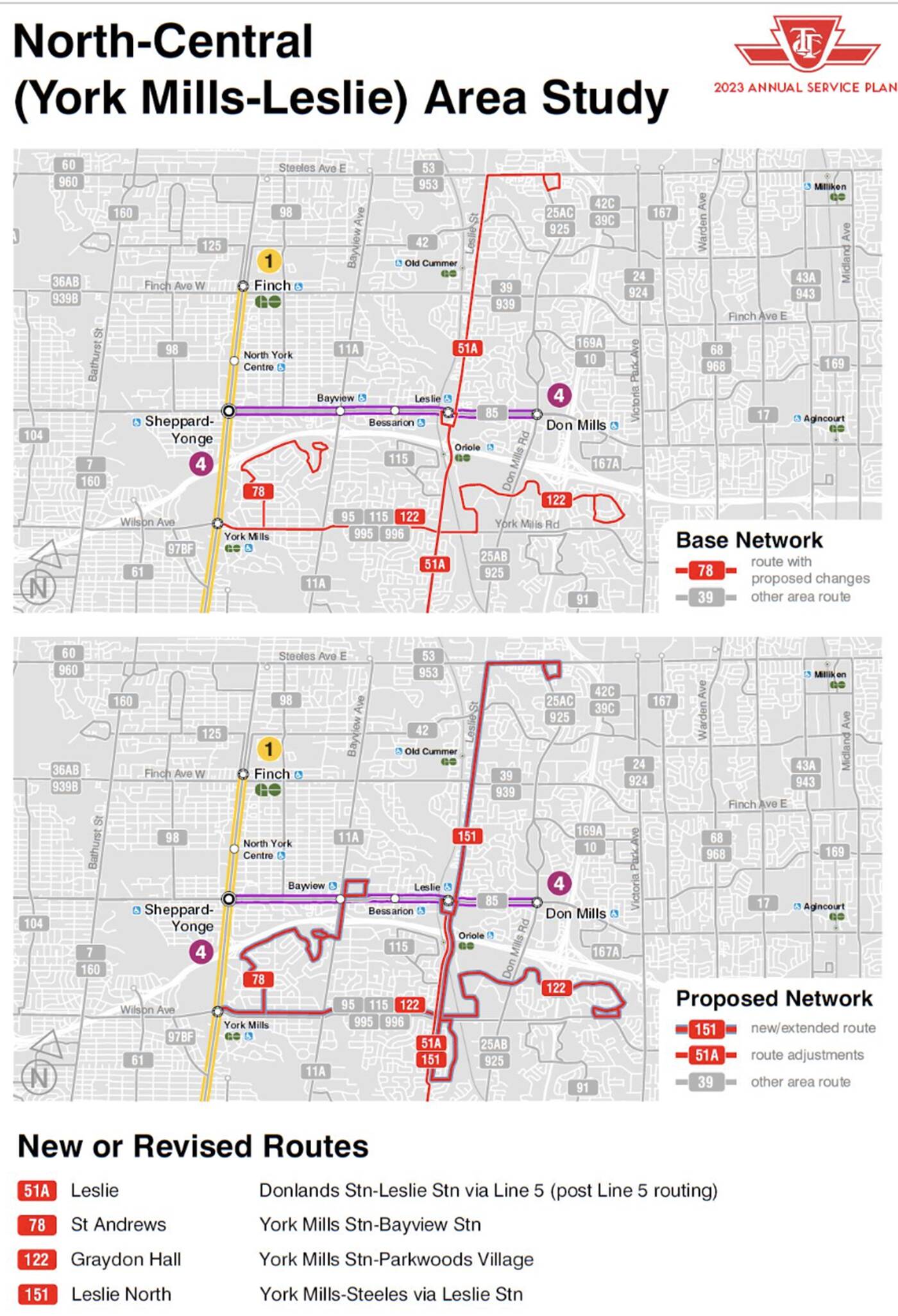 In the York Mills-Leslie area, the TTC is proposing to extend the 78 St. Andrews to Bayview Station and Bayview Village, extend 122 Graydon Hall to York Mills, and divide the 51 Leslie into a 51 Leslie South and 151 Leslie North. 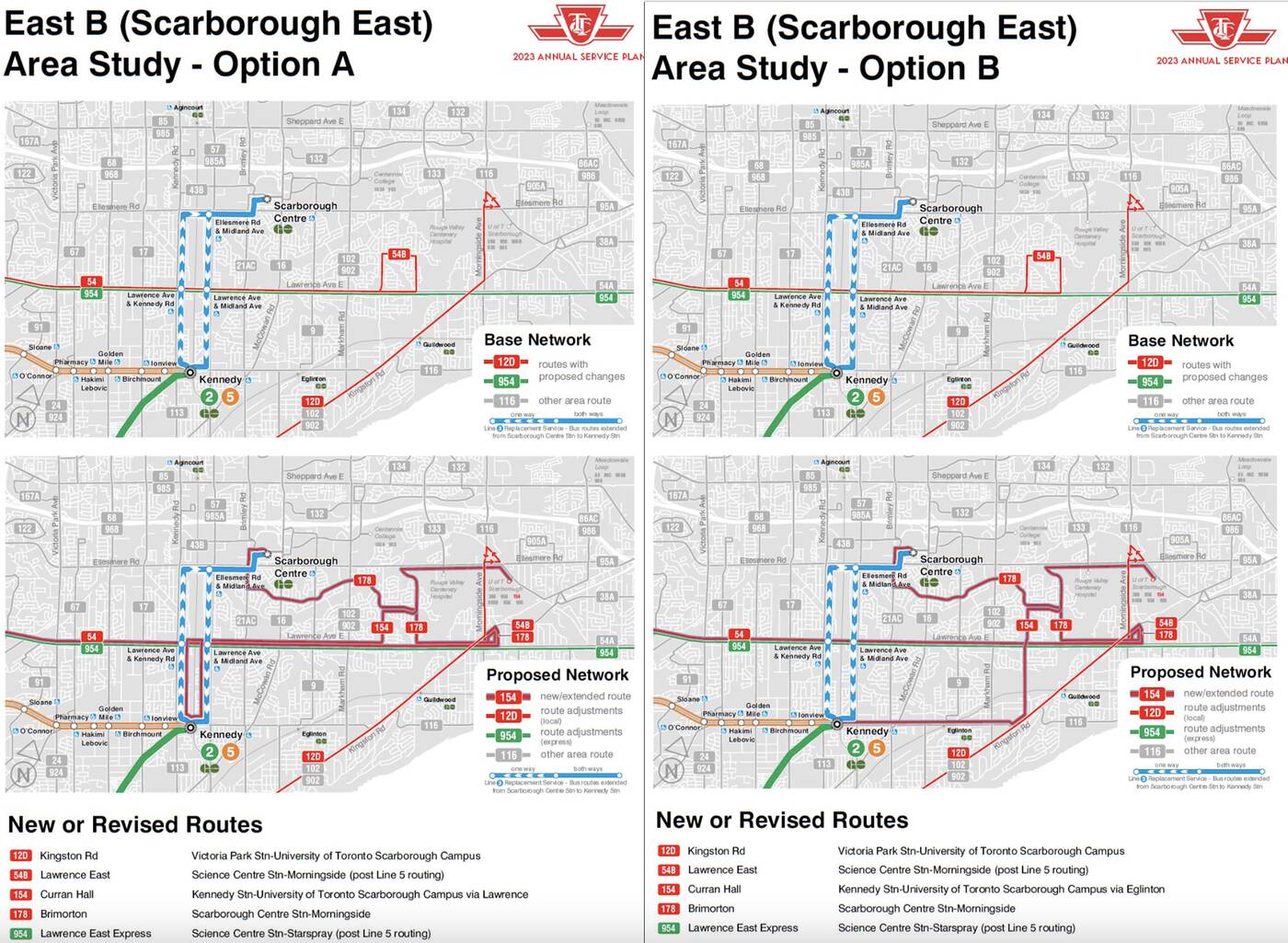 Moving eastward, there are two options for changes to the Scarborough East area of the city, the main difference between them being the route of the 154 Kennedy Bus. The 54 Lawrence East and 178 Brimorton will also see modifications. 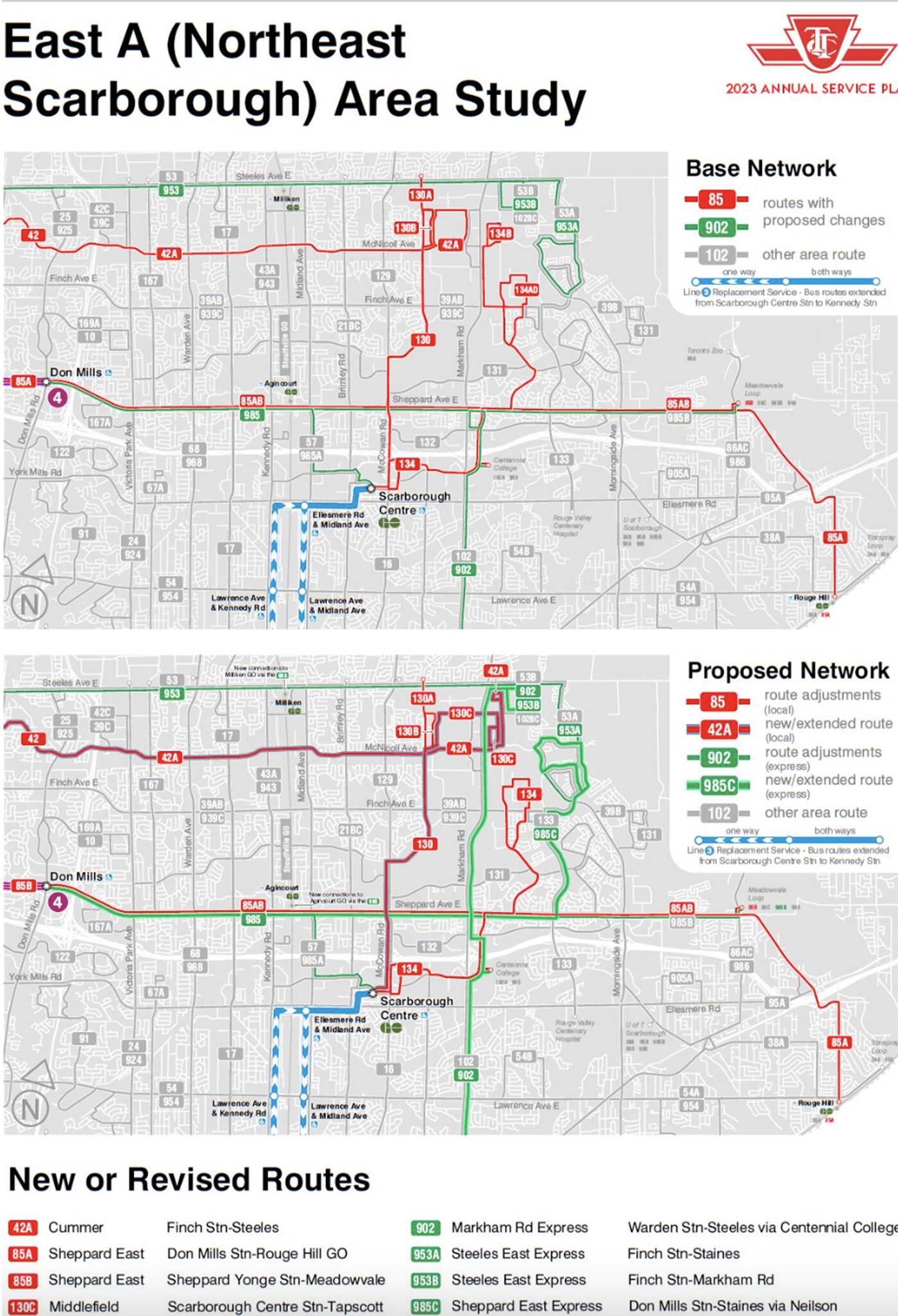 And further north, we may see the addition of a 130B Middlefield bus to replace 134B Progress, while existing 134 Progress service will be moved to the 134D. 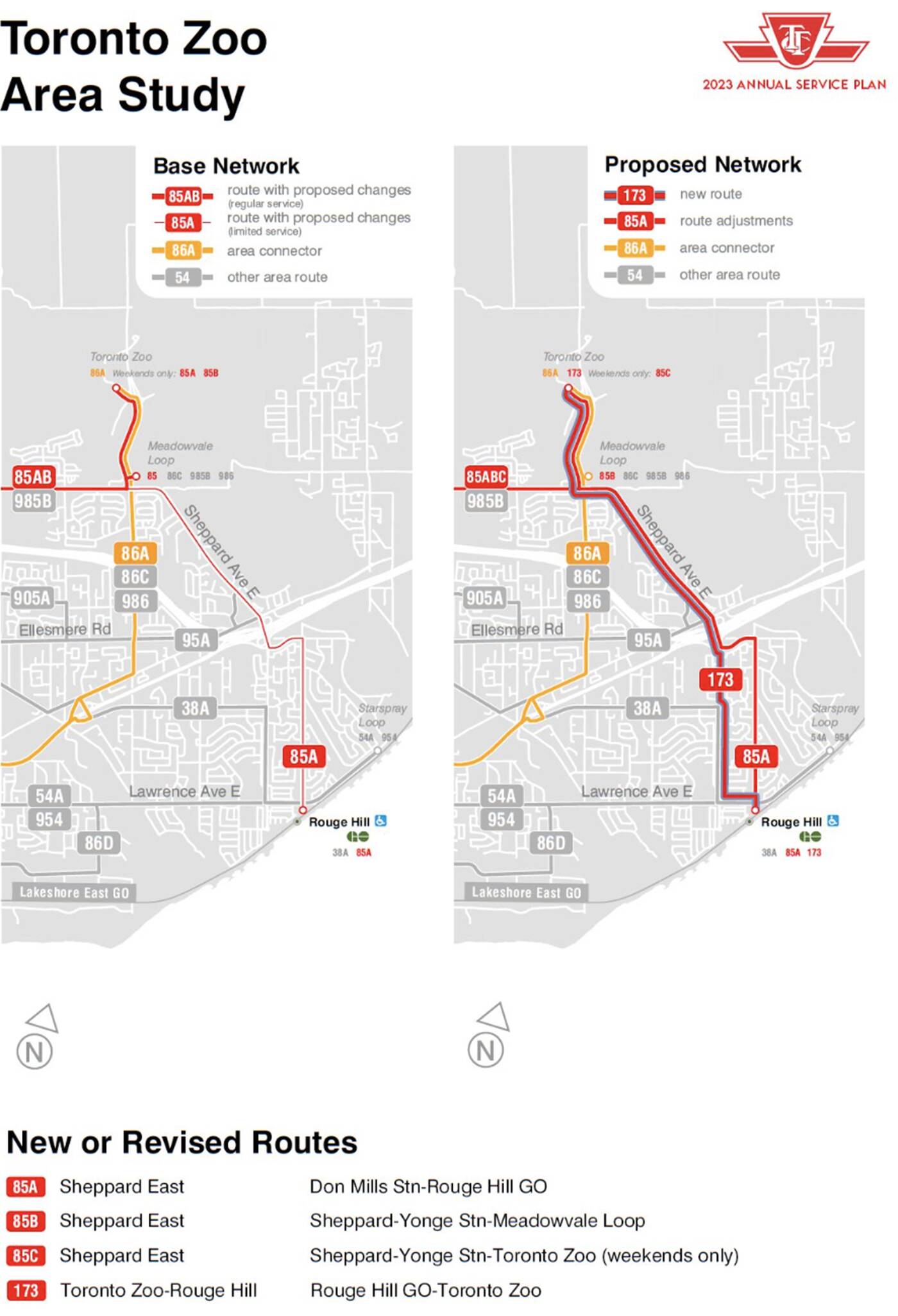 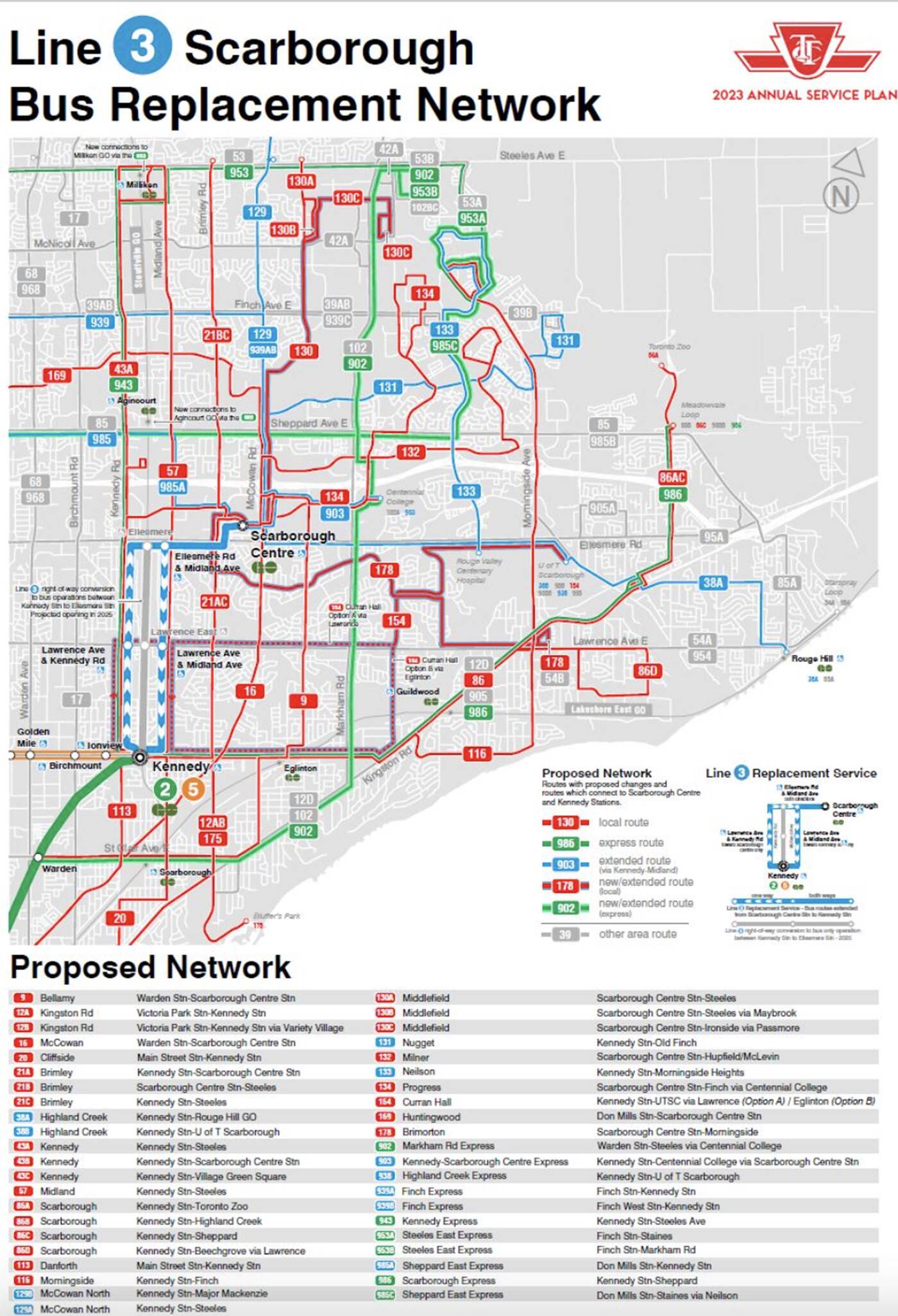 Finally, there are all of the route changes and additions associated with the shutdown of the Line 3 subway in Scarborough, with extensions of the 37A Islington (to Humber), 996 Wilson Express (to Humberwood), and a few mentioned in earlier maps.

Again, whether these blueprints come to fruition will depend on public input. Residents are asked to partake in an online survey about the annual plan between October 25 and November 6.

You can also share your comments and concerns by voicemail at 647-955-6256, or attend one of five pop-ups taking place this month.