The Government of Alberta is not playing around when it comes to poaching skilled workers from Ontario, as evidenced by the complete takeover of Toronto's Bloor-Yonge Station with ads that scream things like "LESS TAXES" and "BIGGER PAYCHEQUES, SMALLER RENT CHEQUES." Everywhere.

The massive TTC ad buy, which involves not only posters and wall murals but staircase banners and station fixture wraps, is part of an already-maligned recruitment campaign called "Alberta is Calling." 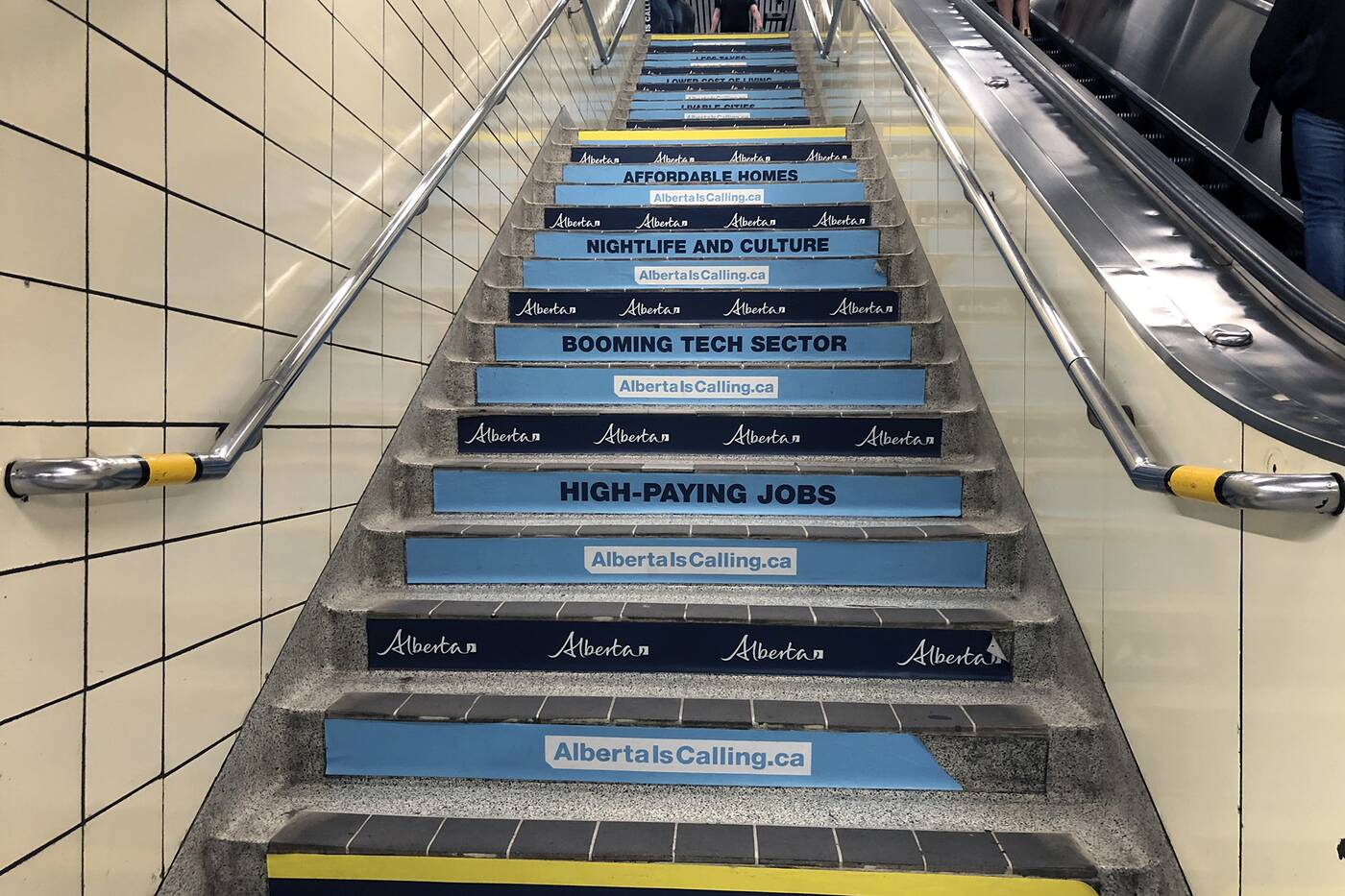 You may already be familiar with the $2.6-millon campaign's message (that Alberta is a veritable paradise for young workers) after some three weeks of radio ads, TV spots, billboards and more targeting people in Toronto and Vancouver.

The TTC subway station takeover is brand new, however, rolled out this week as part of "phase 2" of the western province's agressive bid for Toronto transplants. 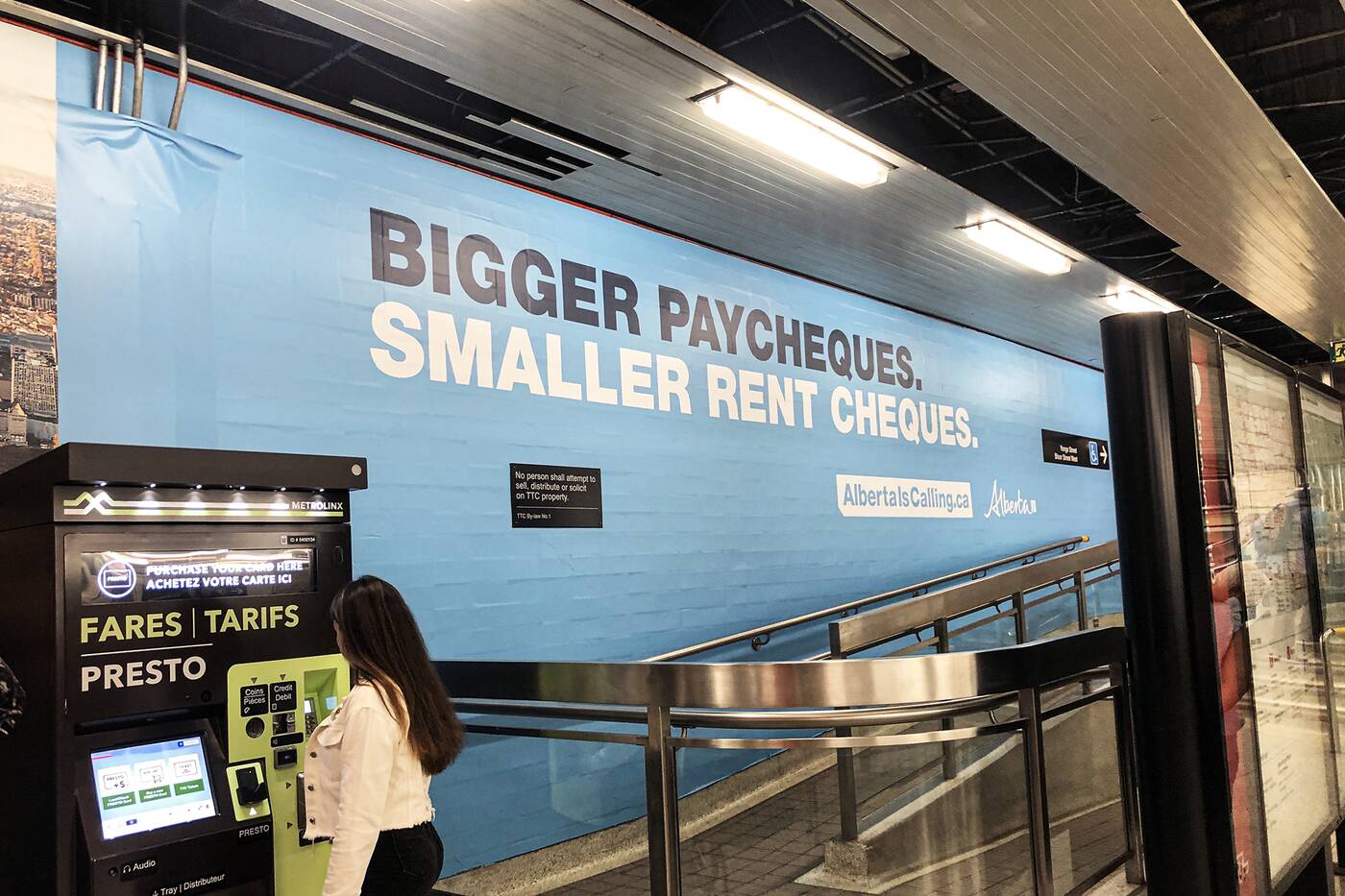 "Alberta offers the best quality of life at one of the lowest costs of living anywhere in Canada," said Premier Jason Kenney in Toronto on Wednesday morning when announcing the launch of his campaign's second phase.

"We're here in Downtown Toronto to tell Torontonians and Ontarians that story as we step up our advertising campaign, to tell people the good news: There is a place in this country where you can afford to own a home, and where you can also benefit from the highest incomes and lowest taxes available anywhere in Canada. That place is called Alberta." 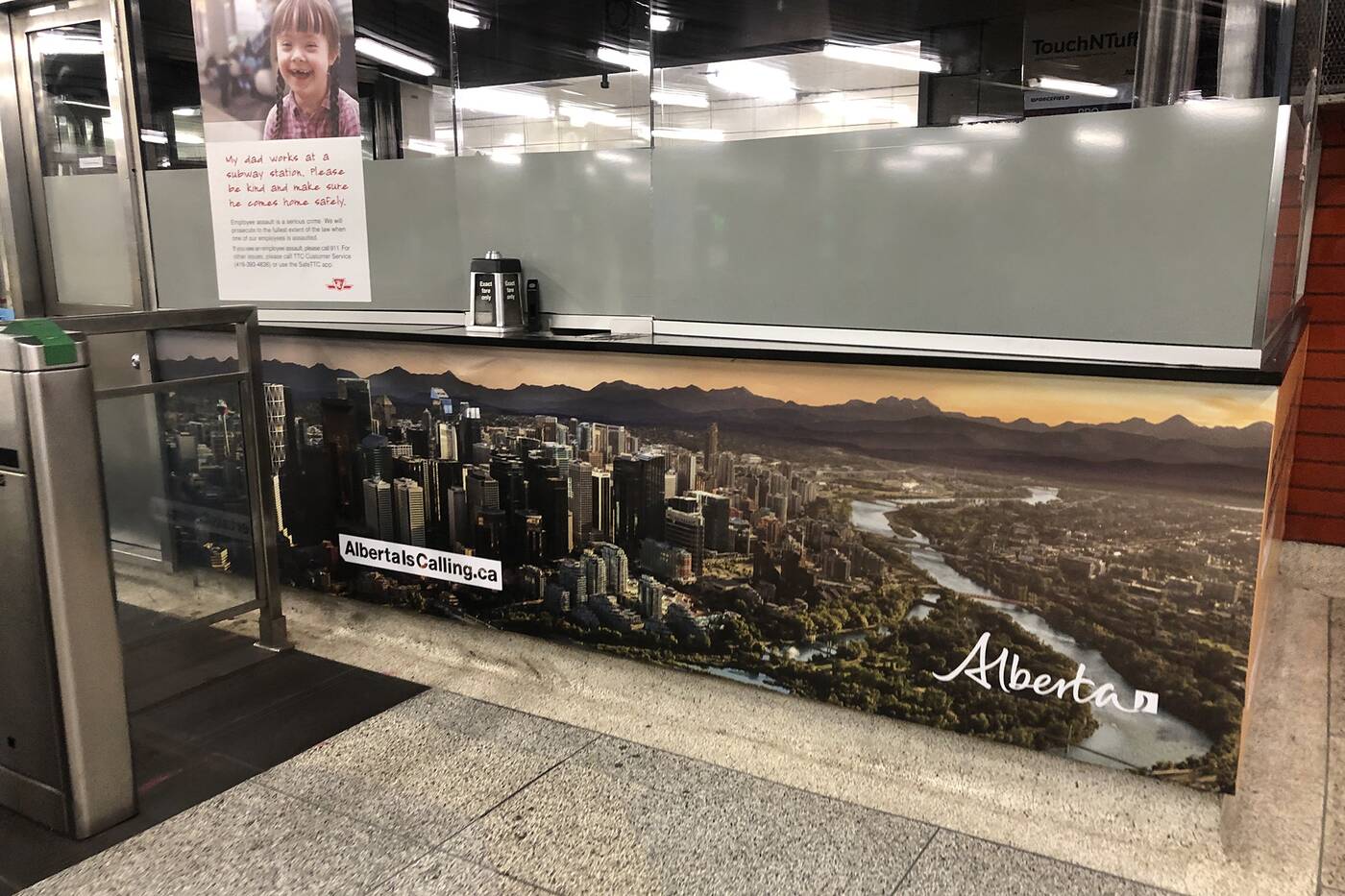 Reiterating some of the key messages found on the Alberta is Calling website, Kenney went on to speak about severe affordability problems facing people (especially young people) in Toronto and Vancouver. 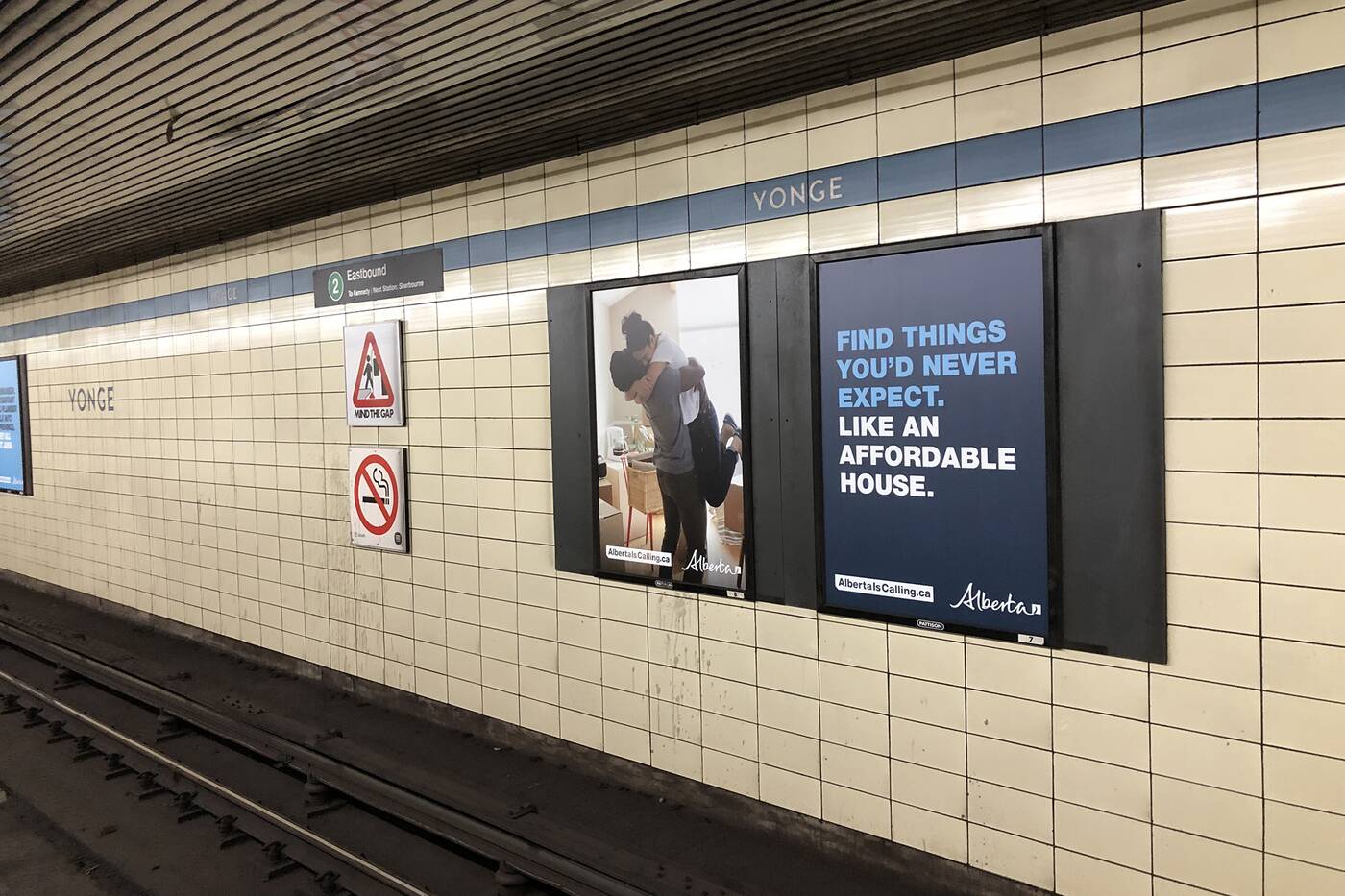 Kenney spoke of Edmonton's booming tech centre and proliferation of high-paying jobs, of the "amazing quality of life" to be found in mid-sized cities and smaller rural communities, and of short commutes and proximity to the Rocky Mountains. 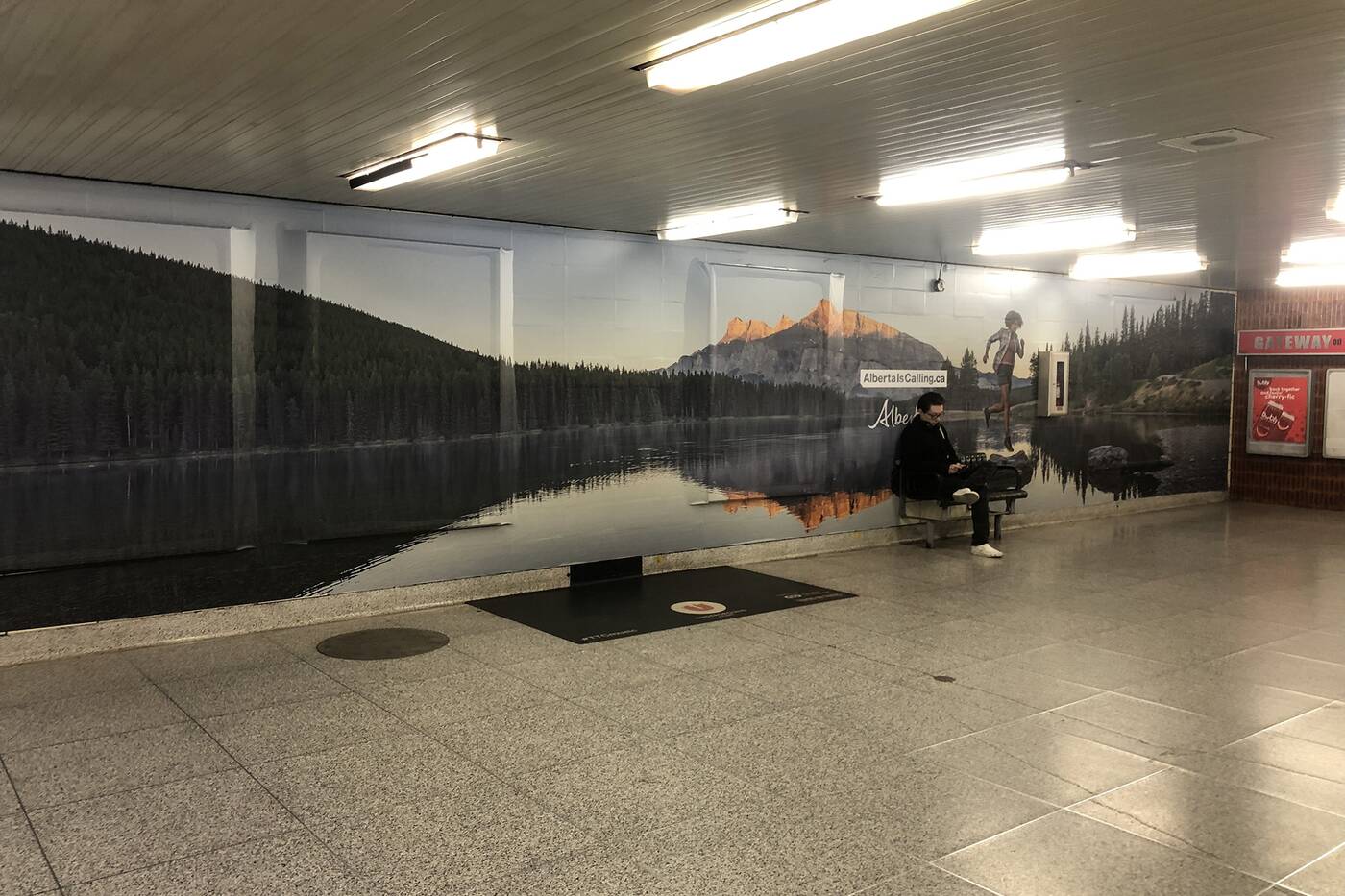 "The biggest challenge we face, is a current and growing shortage of skilled workers right across the skill spectrum," he noted, giving a "special shoutouy" to younger folks in the GTA and Vancouver.

"I saw a survey recently saying that a quarter of younger Torontonians have given up on the dream of ever owning a home," said Kenney. That is a tragedy, anybody in Canada has the right to achieve the middle class dream of home ownership. And that dream is alive and well in Alberta." 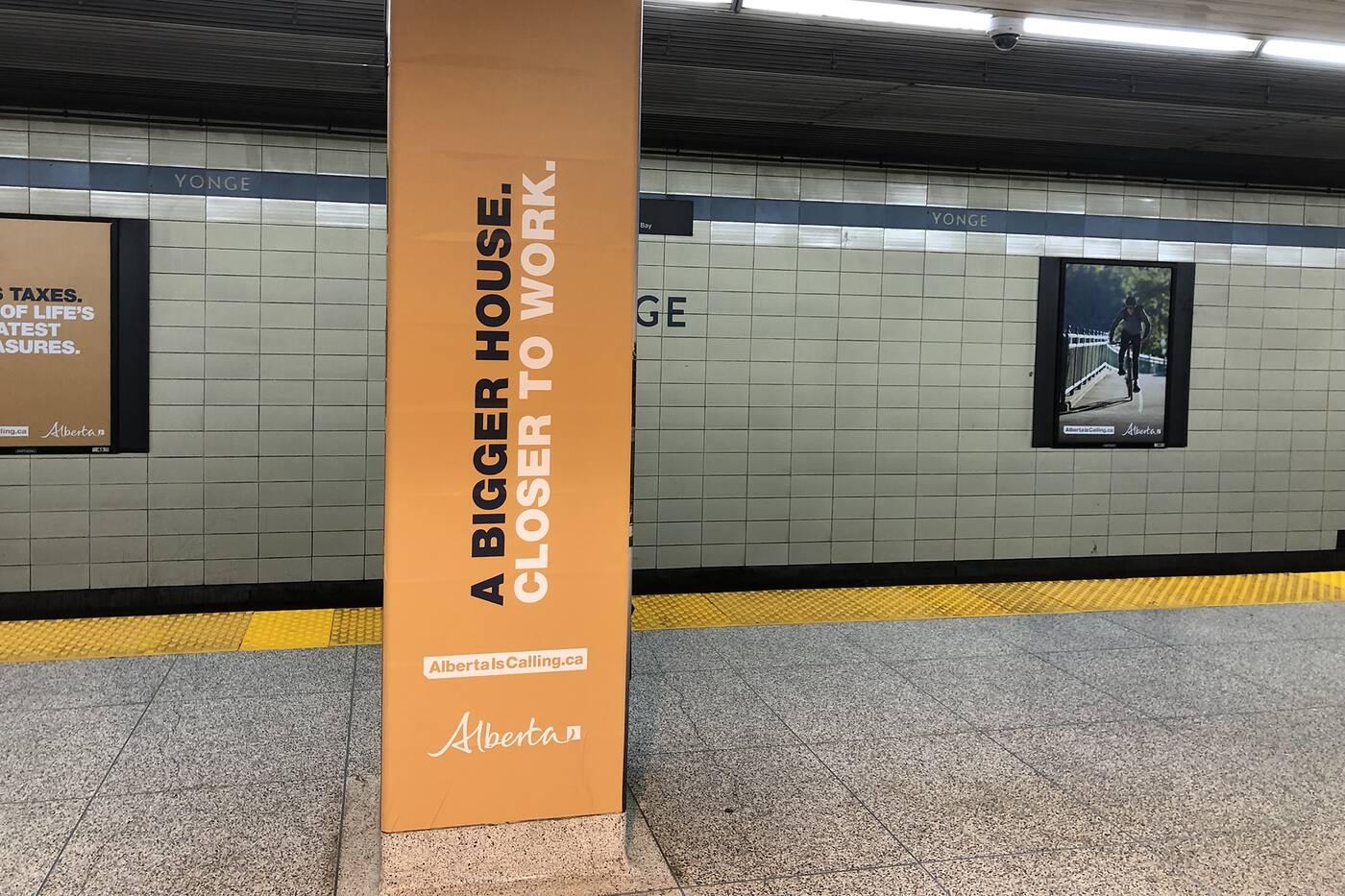 Like phase 1 of the campaign, phase 2 isn't being recieved as warmly as intended. To be fair, full wraps of Bloor-Yonge Station rarely are a big hit. They're pretty over-the-top. 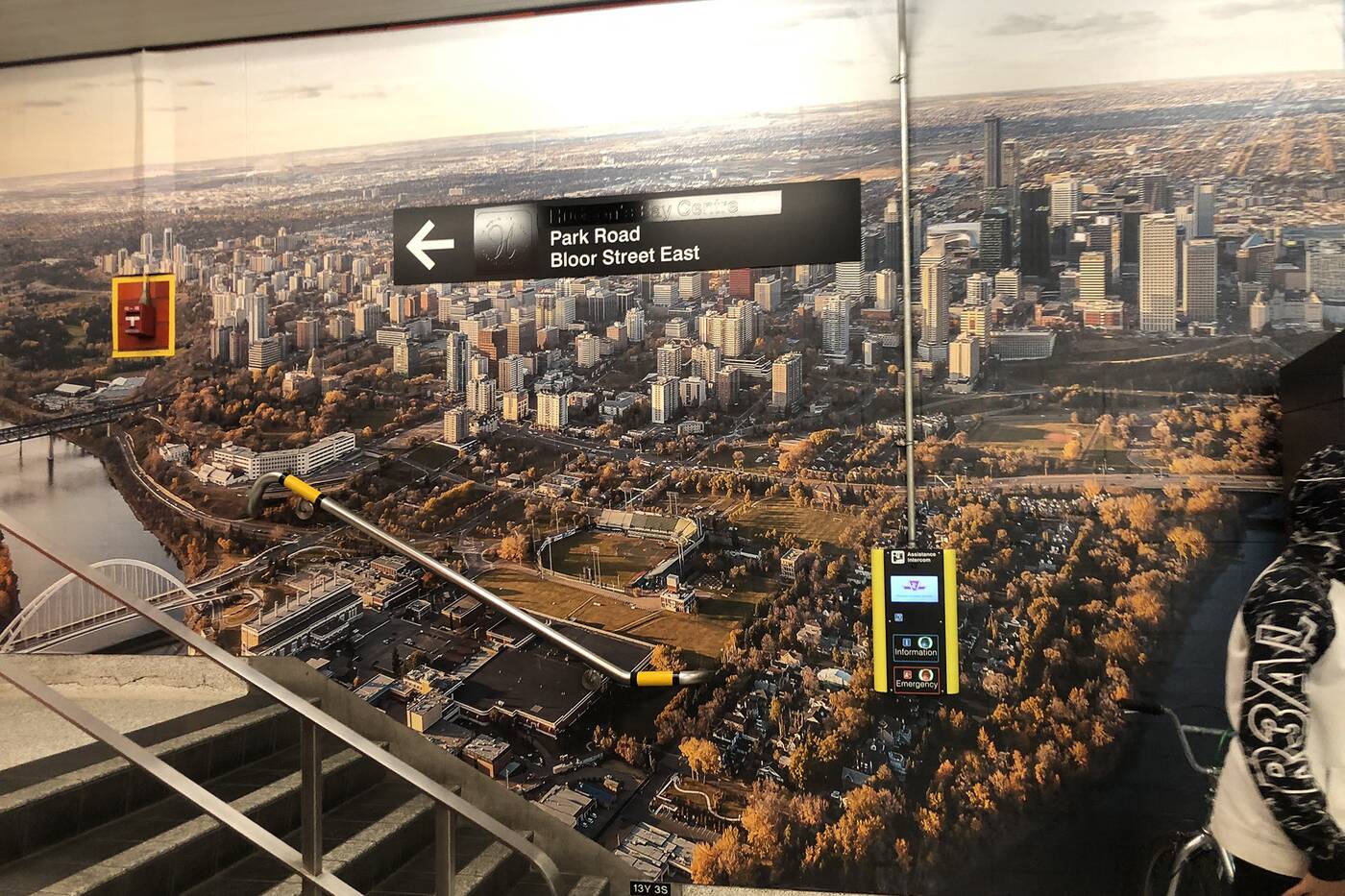 They are effective, however, in getting messages out. 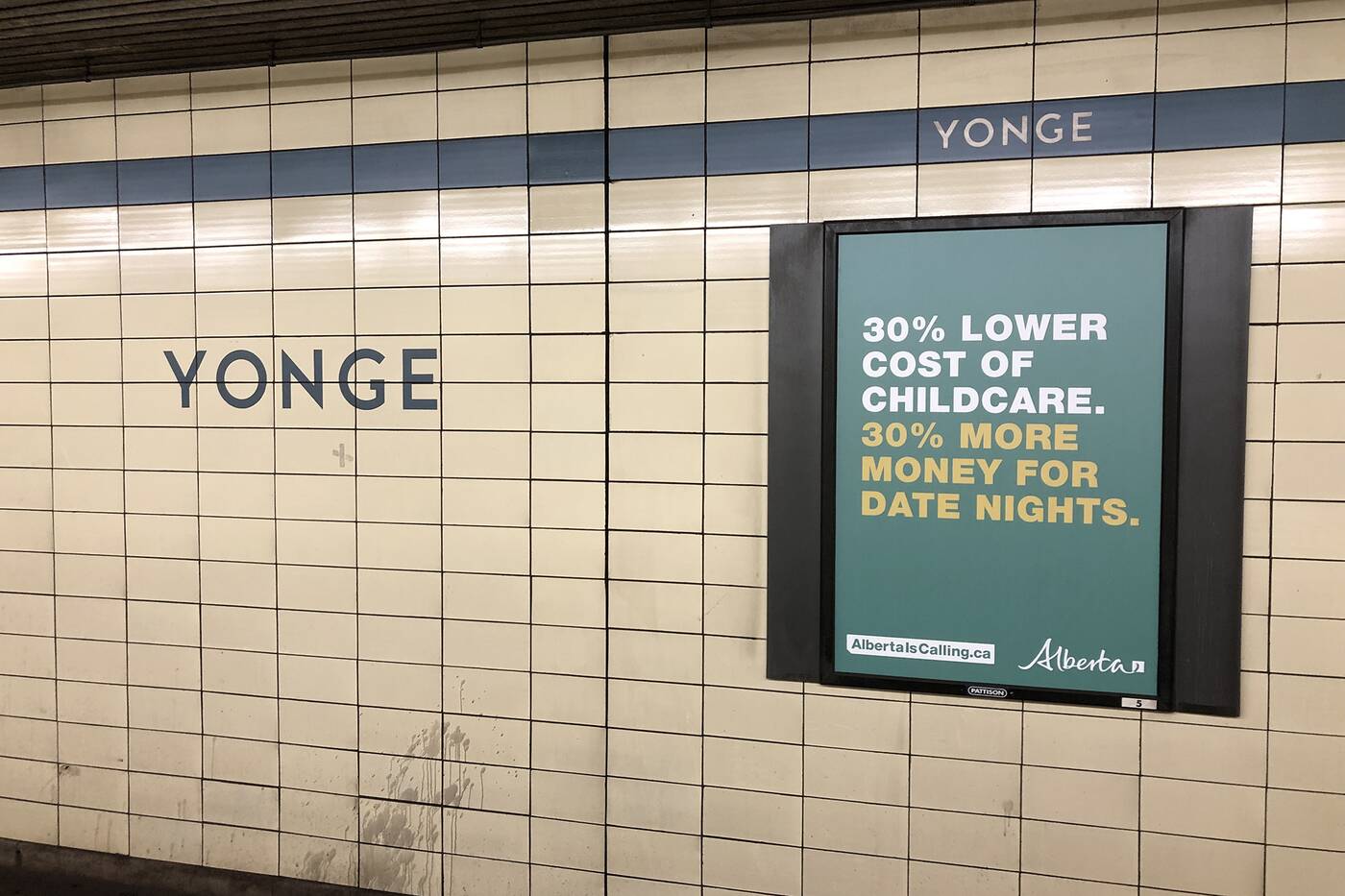 Kenney says he encourages folks to "pay attention to those messages" they're seeing all over the subway system, and on every level and every platform at the TTC's busiest station.