Toronto cannabis store locked out by landlord within months of opening

Cannabis stores keep shutting down in Toronto, and one of the latest seems to have been locked out by the landlord within a few months of opening.

Lovebud Cannabis at 350 Broadview now has for lease signs up on its facade, and notices are posted saying the landlord had locked them out last month.

It appears the store had opened in the spring by the looks of their Instagram account, which has one post from March saying they would be "coming soon" and another from May advertising a weed strain.

That would make the dispensary open for a potential record few months. 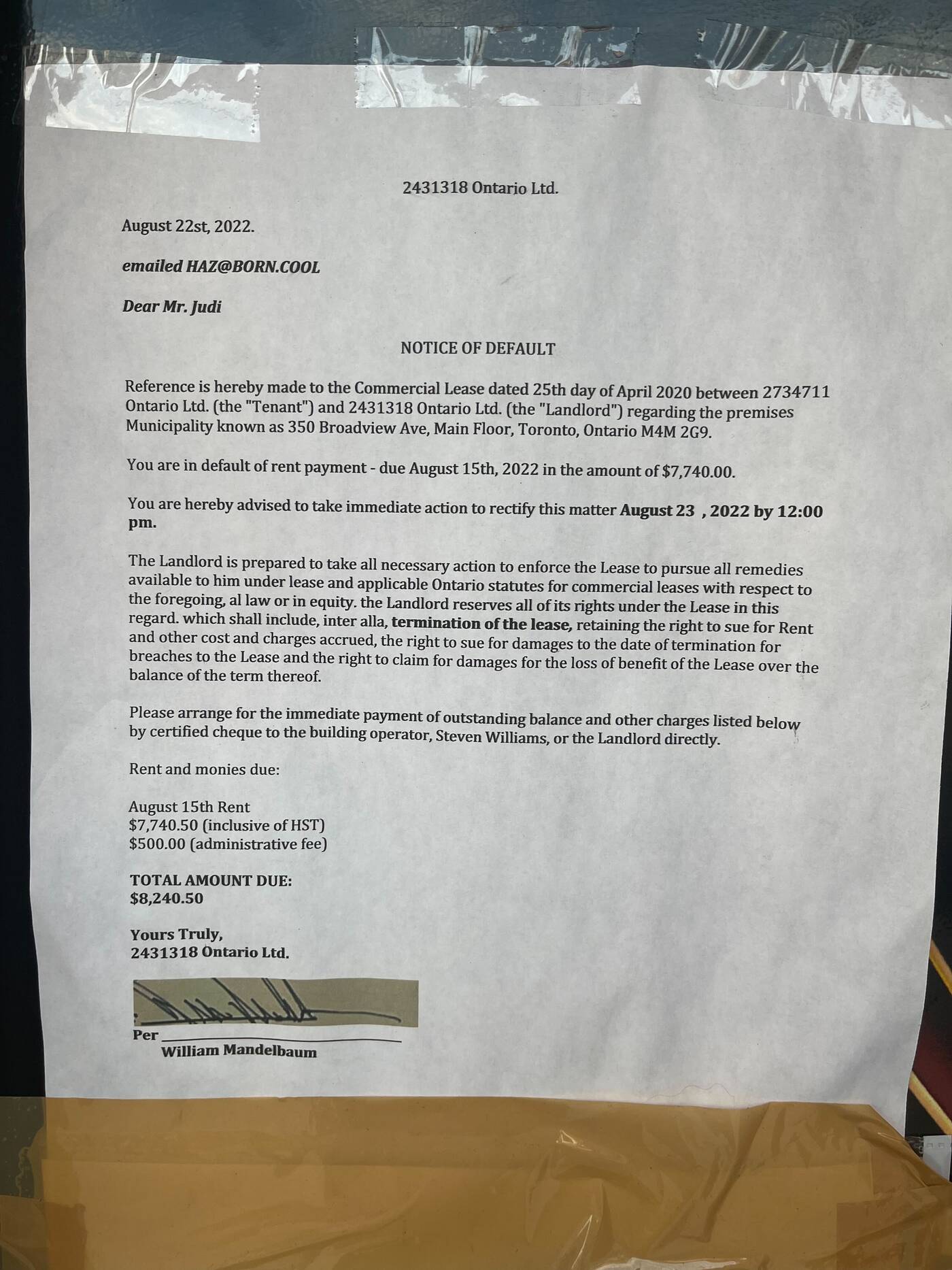 It says the landlord could also terminate the lease, and sue for rent and damages. 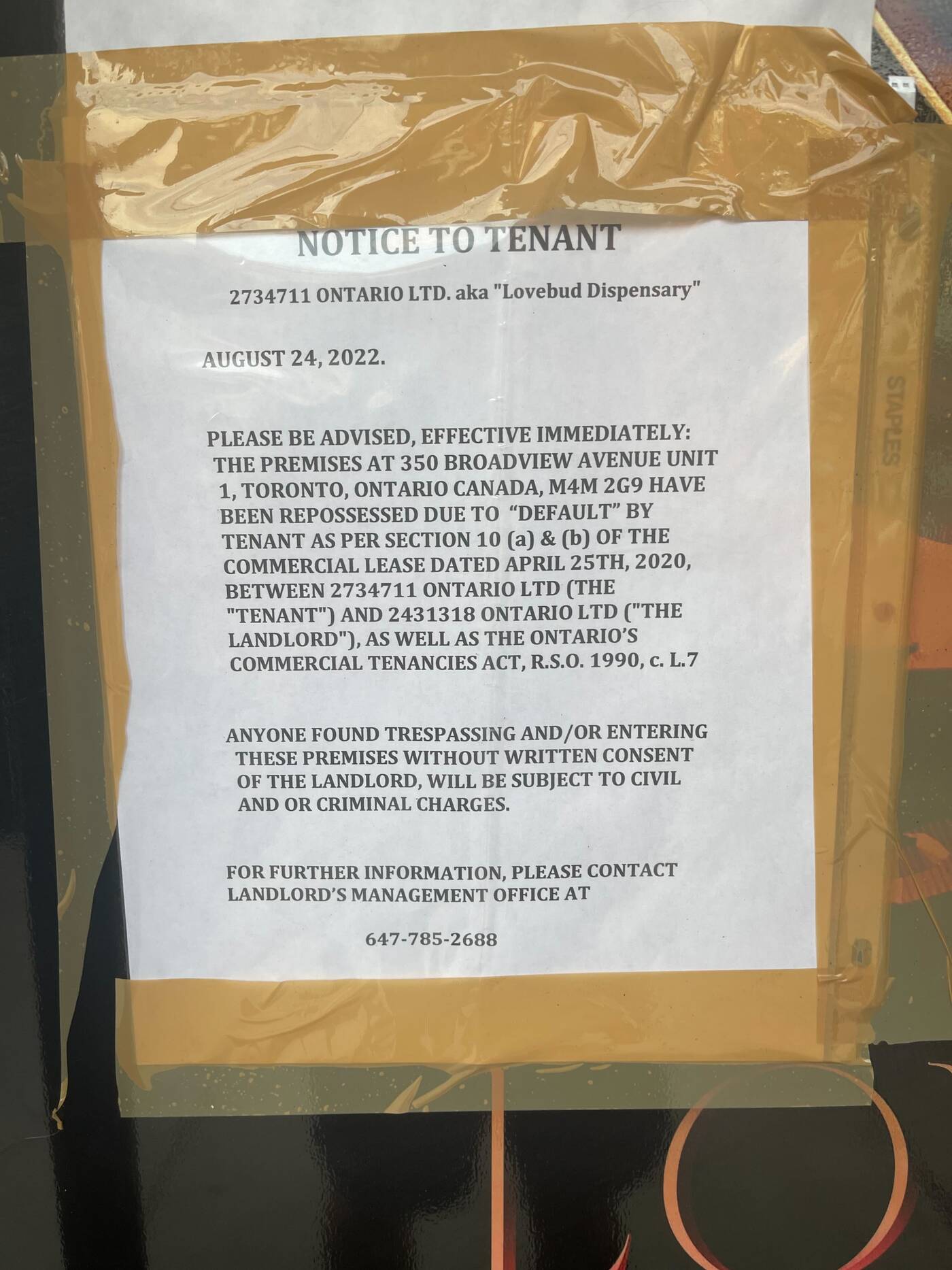 Another notice dated August 24 says the premises had been repossessed effective immediately. Entry would now need to be permitted by the landlord with written consent.

It appears another weed store has bitten the dust, but with the city facing tons of oversaturation these kinds of closures are becoming less and less surprising.