Toronto police announced last night that they've successfully apprehended the man responsible for a terrifying recent attack, during which an unsuspecting woman was lit ablaze at a TTC station and suffered life-threatening and life-altering injuries.

Residents were utterly shocked when news broke of the event on Friday afternoon, with authorities stating that a woman who appeared to be in her 20s had been approached by a seemingly random half-dressed person, doused in an accelerant liquid and then lit on fire in the middle of the weekday.

The incident took place aboard a TTC bus stopped at Kipling Station — yet another in a string of violent incidents on the city's public transit system in recent weeks.

The suspect was identified as 33-year-old Tenzin Norbu, who now faces charges of attempted murder, assault with a weapon, common nuisance endangering lives and the safety of the public, and mischief over $5,000.

The force also noted that the attack is being investigated as a hate-motivated crime, and that there is no ongoing threat to the public as it was believed to be a random isolated incident, which itself is cause for a different type of concern.

TTC is the most unsafe place to be. Riding the subway is like a stress test. EVERYDAY there are ppl with mental issues roaming the buses and subways

Oddly enough, it appears based on online chatter that Norbu may actually be a Buddhist monk — something that would be completely at odds with his actions —  though this fact is unconfirmed as of yet.

He also shares a name with at least one Toronto resident who has had to clarify on social media that they are not in fact the person who committed the atrocious act.

"Hey guys, I'm Tenzin Norbu and I am not the guy that set a girl on fire, thanks for caring," reads a recent Instagram story from the T.O.-based model, who had to change their name on the platform to "Norbu Norbu" to avoid further confusion.

"[People] have been messaging and tweeting about me speculating whether I'm the person behind the attack," the innocent Norbu told blogTO. Photos from his personal Instagram have even been posted to Twitter by people assuming he is the one responsible — something Norbu joked was "free press." 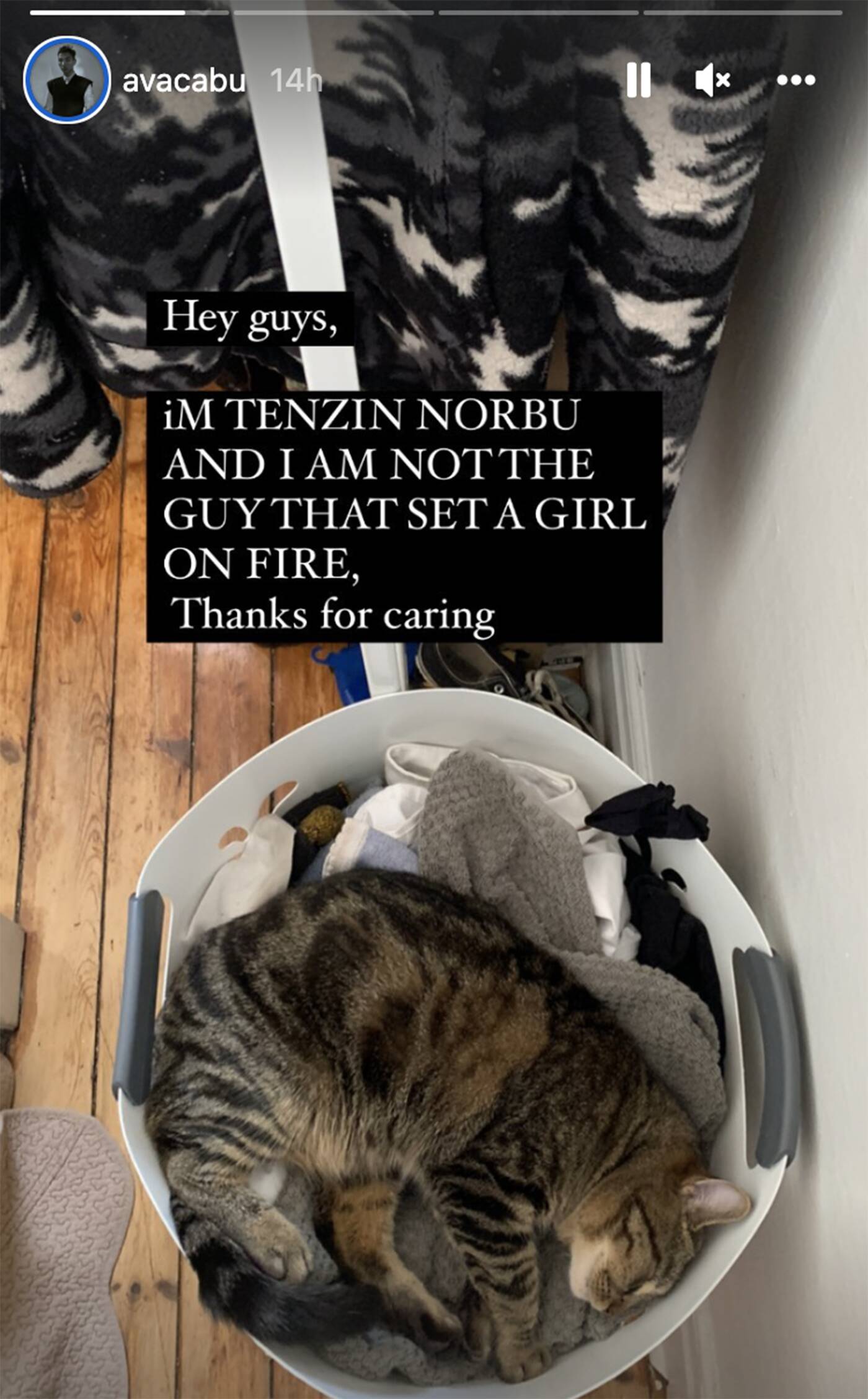 A resident of the city who shares the same name as the accused has had to reiterat on social media that they are not the same person.

The victim, who suffered second and third-degree burns, remains in hospital in critical condition as the investigation continues.

Mayor John Tory took to Twitter on Friday evening to thank the TTC employees and bystanders who stepped in to help the woman at the time of the attack, adding that we are all praying for her and calling the crime "a shocking criminal act that shouldn't happen anywhere in our city."

TTC has proven itself once again that it has little/no intention of stepping up their security/law enforcement efforts. Having an additional 1-2 officers on patrol for a few weeks doesnt count

In the wake of the incident, many have been expressing that they no longer feel safe on the TTC and are demanding that the commission and local police step up security.