It may be a bit longer before Toronto's largest (non-infrastructure) construction project is completed, but the enormous complex reshaping a 7.8-acre site at Front and Spadina is already bearing results.

As the gargantuan project known as The Well pushes through its late stages of construction, one of its contributions to the city is already complete in the form of a park.

Tucked away on Draper Street north of Front Street West, Draper Park is a quiet little urban oasis in the heart of the hustle and bustle. That is, if you know how to find it. 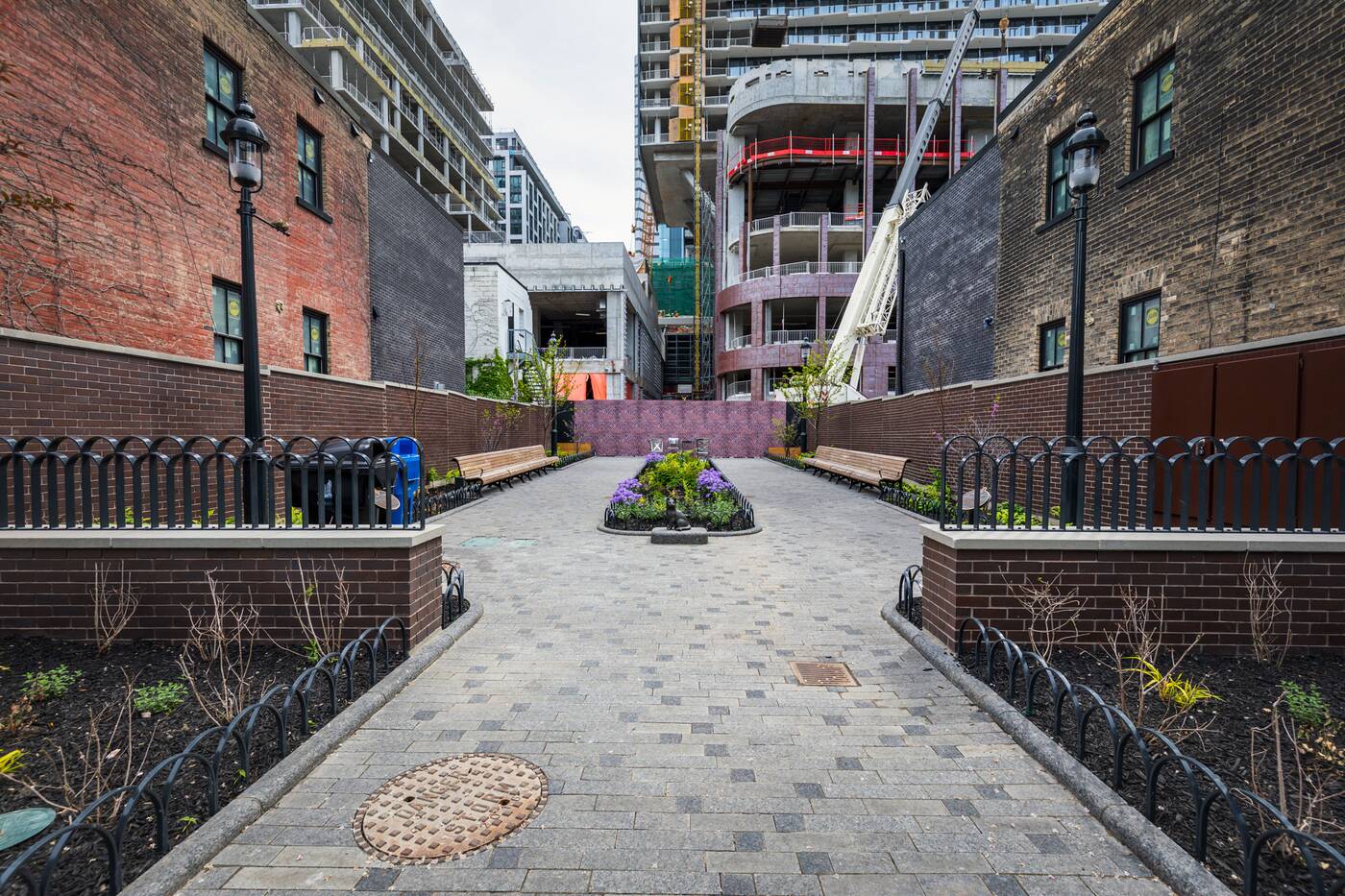 Designed by Montreal-based Claude Cormier + Associés, the same minds behind the famous dog fountain and Berczy Park revitalization, the space at 19 Draper Street is blink-and-you'll-miss-it tiny, but is destined to be part of something, much, much larger.

Opened in 2021, the park was built on the former site of a Second Empire-style home that existed from 1881 to 1942, later replaced by a small plastics factory that was destroyed by fire in 1969. 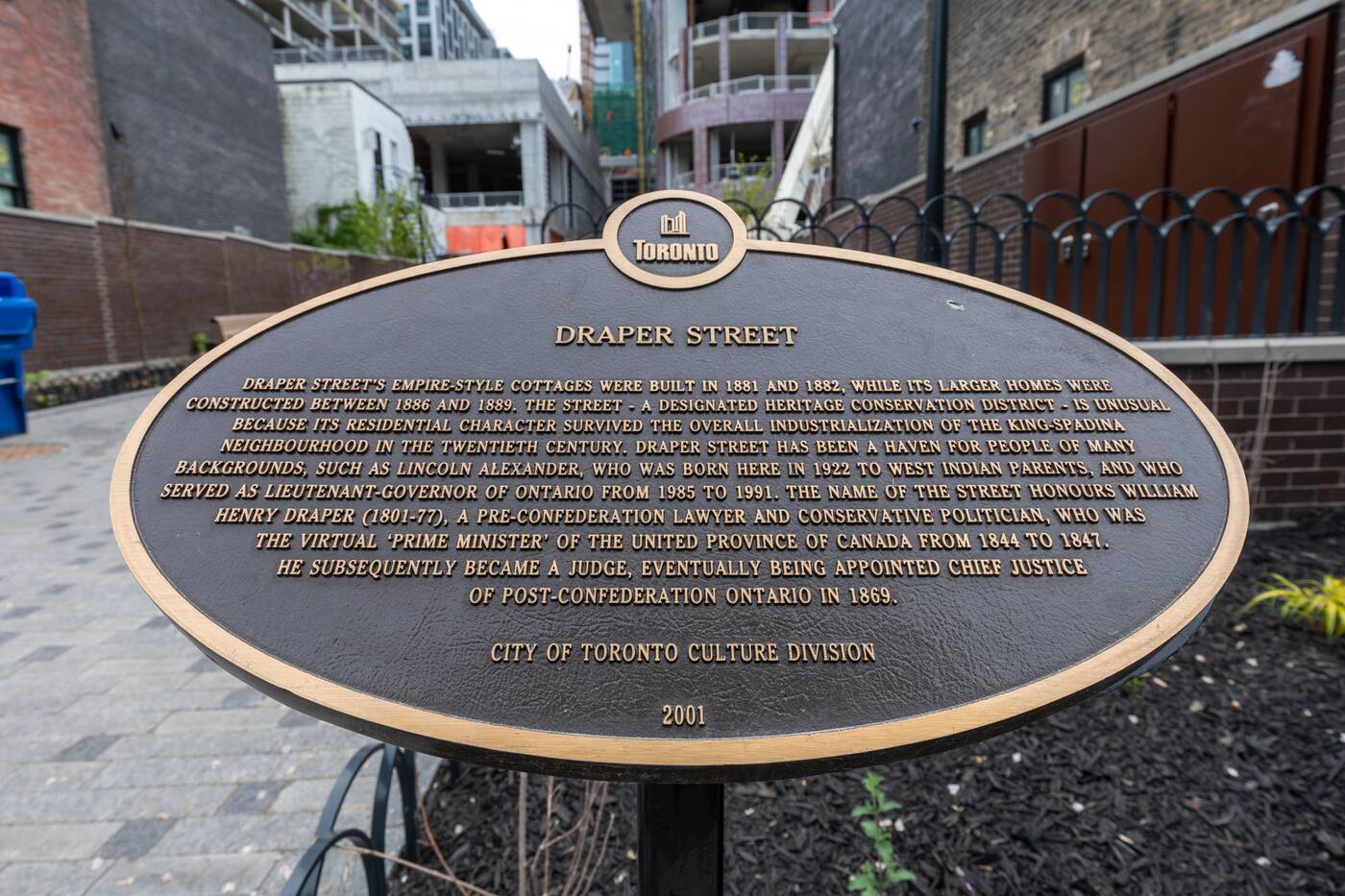 Plaque installed in 2001 telling the history of Draper Steet and the park site.

At the heart of the space, a small statue of a cat is conspicuously placed. It may seem out of place for the time being, but this "guardian cat" will dovetail with the design of another nearby cat-themed space designed by Claude Cormier. 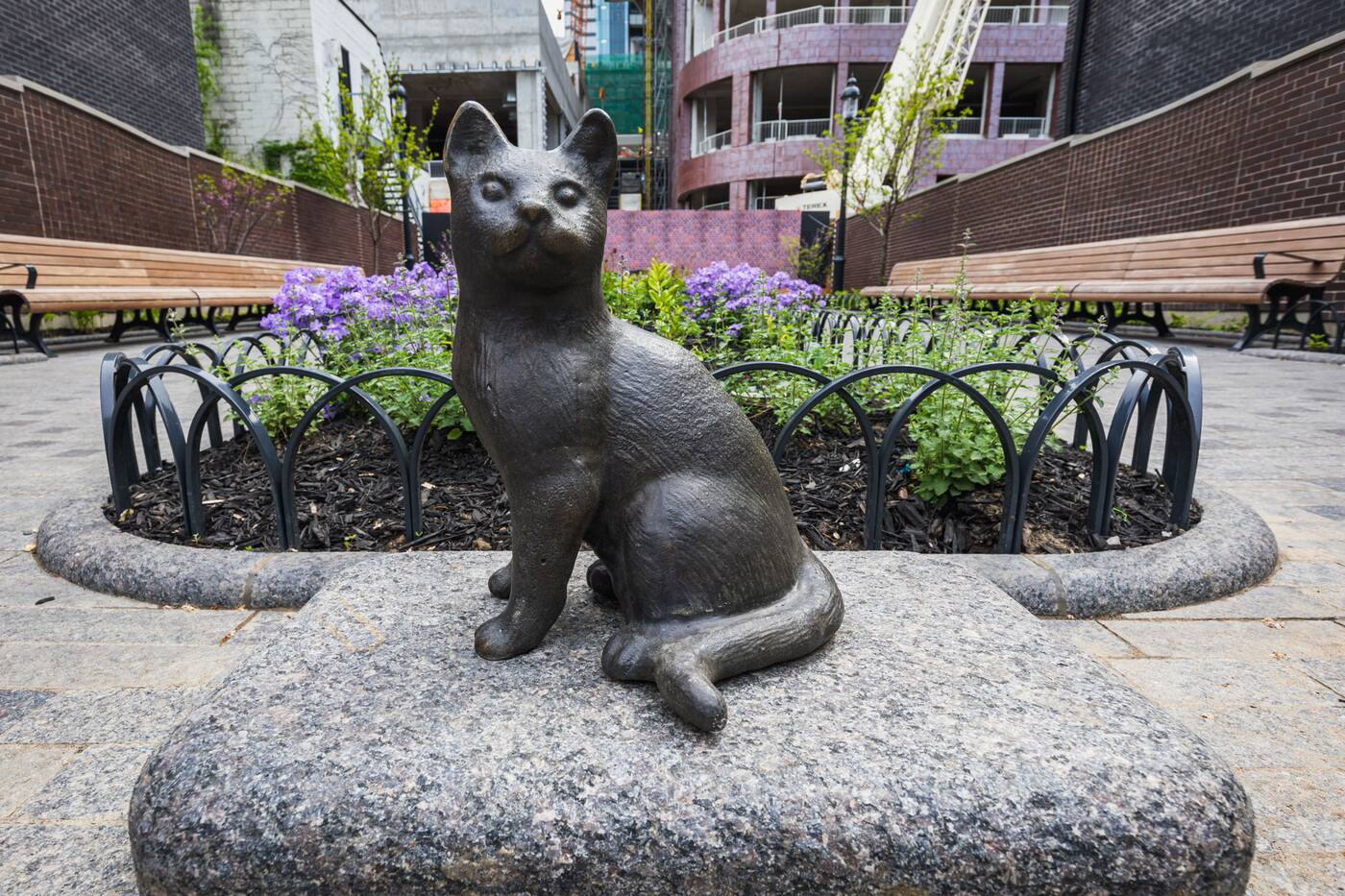 A lone cat statue guards the entrance of the park, hinting at another public space soon to be built nearby.

The so-called Cat Promenade features a similar design as the Draper Park, where several more cat sculptures will populate the linear public space.

While it may be quiet for now, the park plugs into the broader public realm plan at The Well and beyond, and will serve as the emptying point for the substantial retail galleria carved through the heart of the seven-building complex. 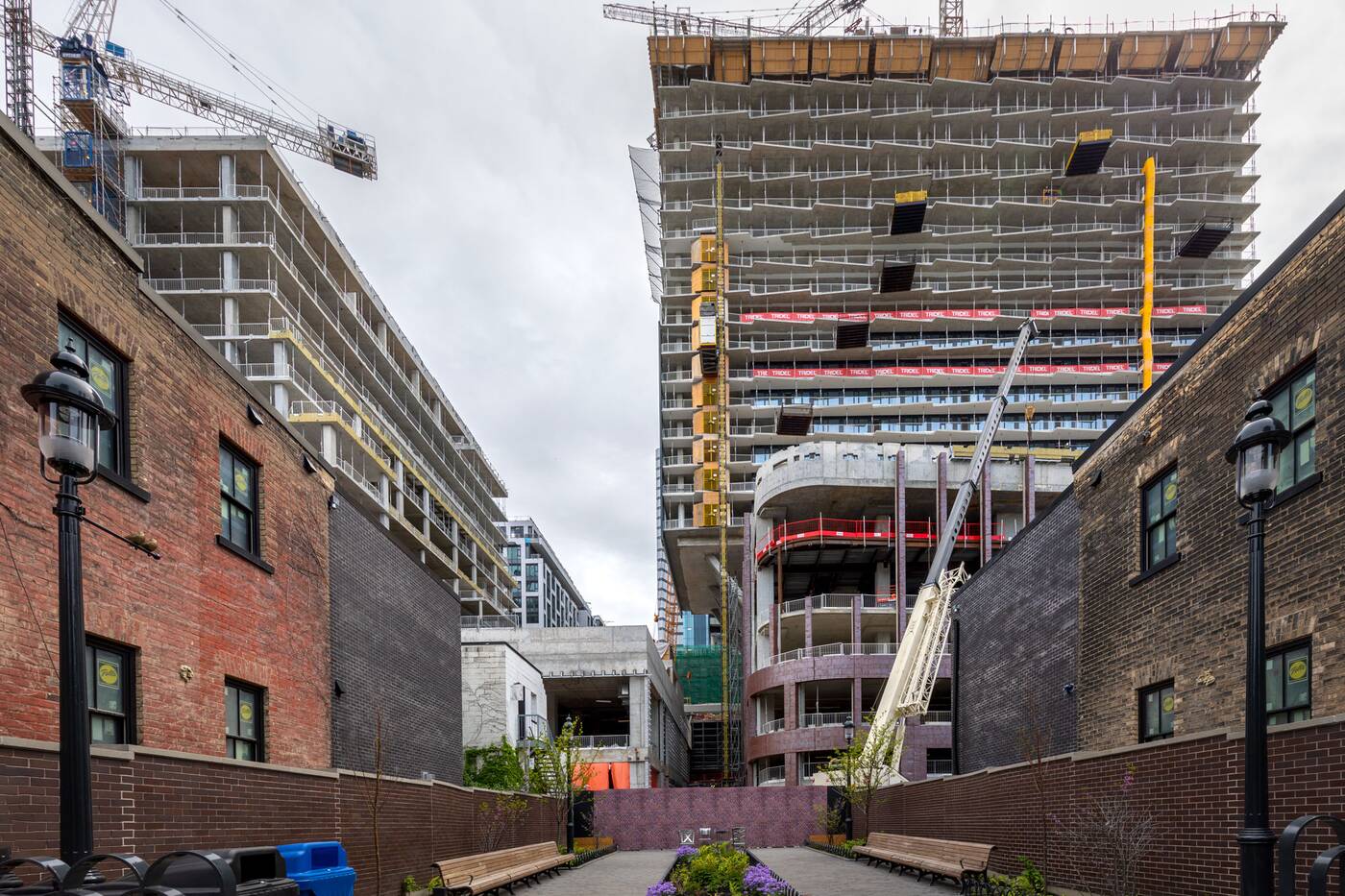 The Well looms over the small park, and will soon become an integral point in its pedestrian connection.

At its east end, a faux brick wall marks the park's boundary, though this wall will eventually be removed, allowing pedestrian access to and from the adjacent retail galleria. 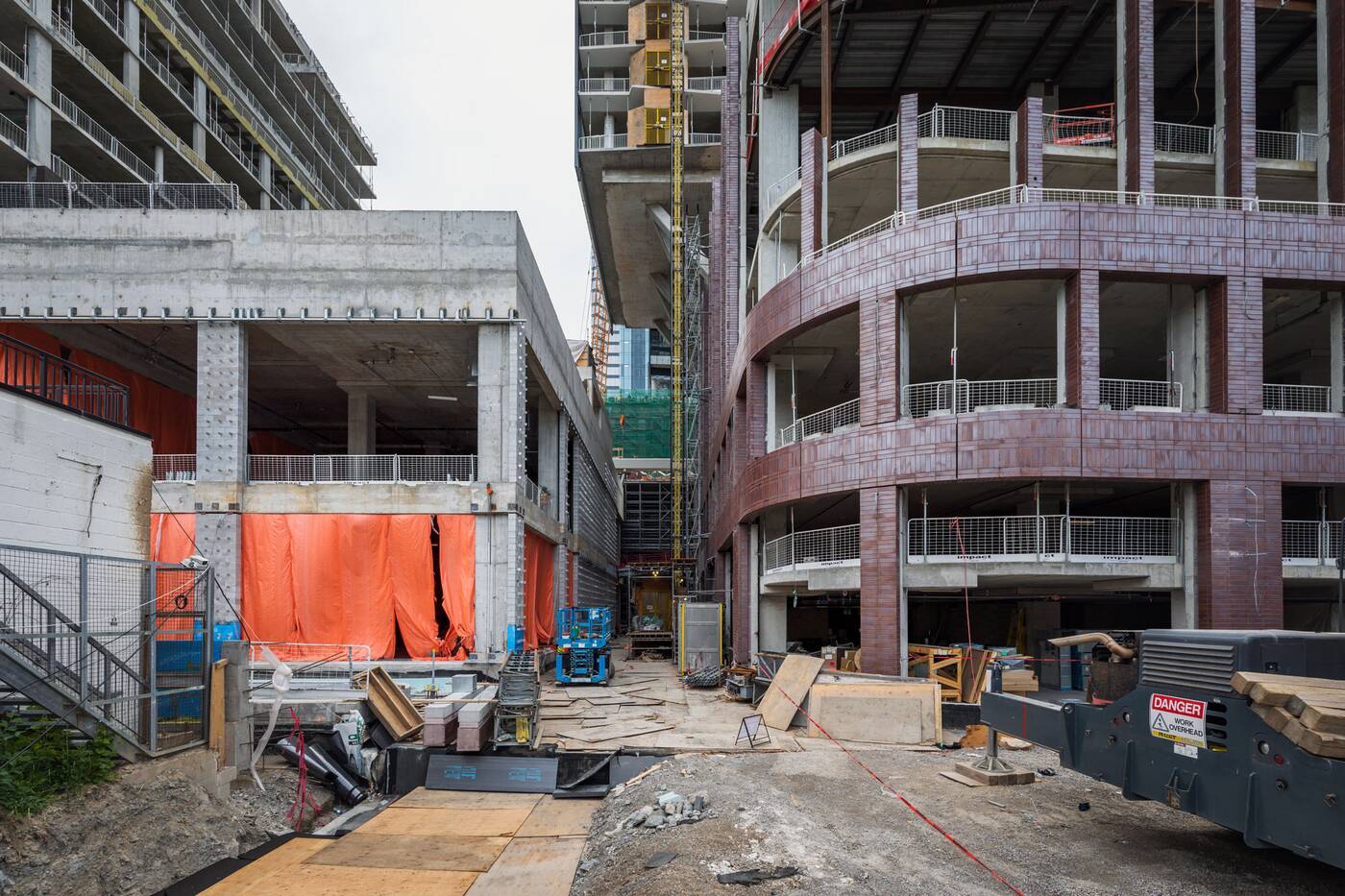 A view of construction ongoing behind the faux brick wall at the park's east end.

Pedestrians will be able to cut from the park all the way to the corner of Front and Spadina, keeping dry in inclement weather thanks to the canopy's almost 2,000 pane glass canopy. 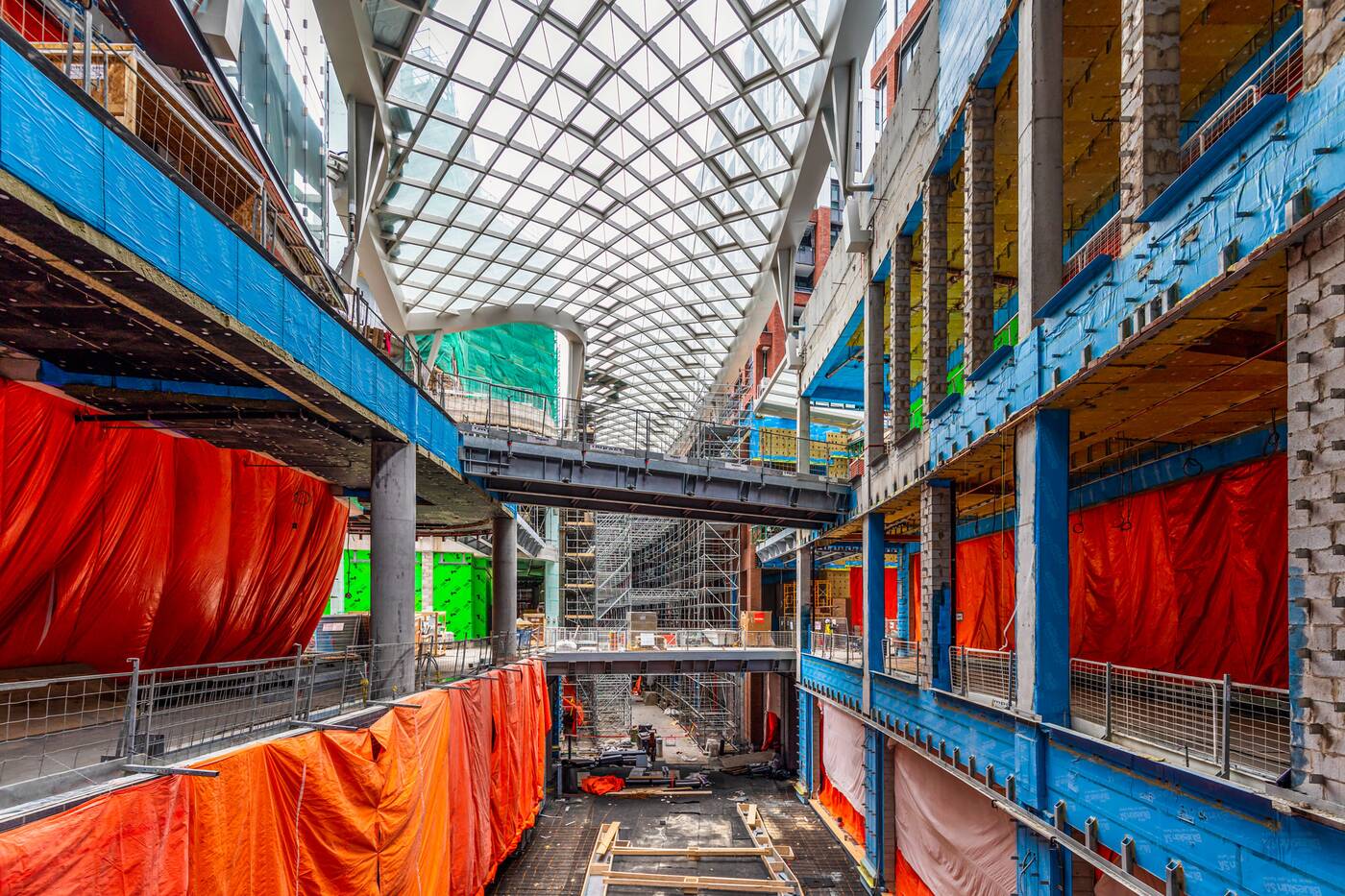 Retail galleria inside The Well.

It feels like an abrupt end to an already very small park for now, but the removal of this wall and the reveal of the galleria connection will soon make this little spot on Draper Street feel much larger.