Seeing landmarks swallowed up by gargantuan redevelopments is just another reality of life in 21st-century Toronto.

A well-known pedestrian and cyclist bridge is among the latest landmarks on the chopping block, but the threat of this bit of infrastructure being removed is especially notable, as the bridge in question was built just a decade ago.

Officially known as the Puente de Luz bridge, this canary-yellow crossing between Spadina and Bathurst has served as a critical link between the Cityplace and King West neighbourhoods since opening in 2012.

It was built by Concord Adex, the private developer responsible for the Cityplace neighbourhood, as part of a requirement imposed by the City to link the condos with the areas to the north.

Designed by Chilean artist Francisco Gazitua in a distinctive style unlike any other bridge in the city, the crossing cost $8 million, and the City is in no rush to demolish it.

But it could soon be relocated to a yet-to-be-determined location as part of an evolving development scheme to deck over the rail corridor and add 11 towers with condos, rental, retail, and public spaces with a new community dubbed Rail Deck District. 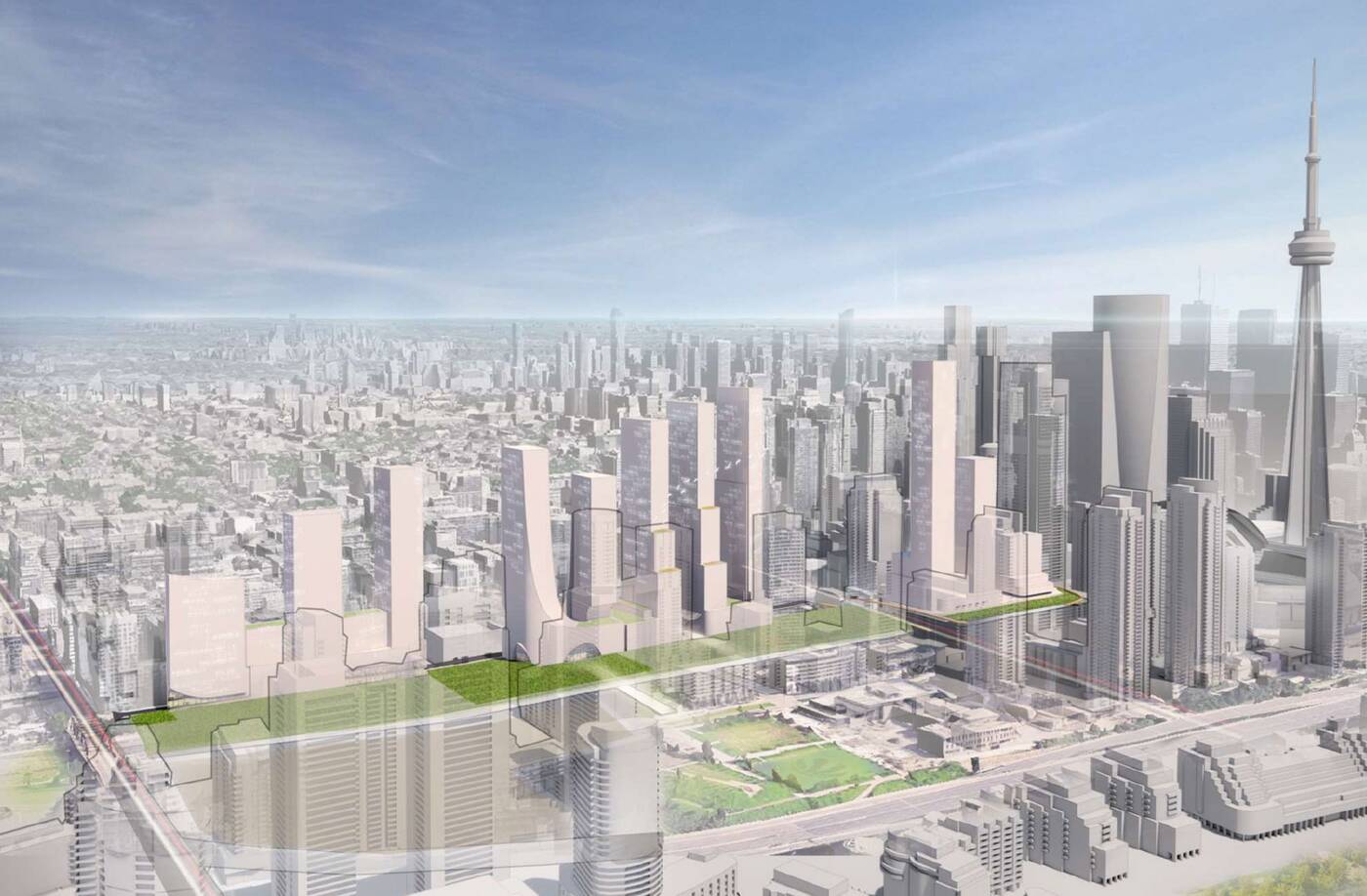 The proposed Rail Deck District would make the bridge redundant, requiring its removal to a yet-to-be-determined location. Rendering by Sweeny&Co Architects.

The plan assembles air rights over the corridor purchased by a team of developers, including the 0.26-acre plot owned by the City of Toronto that includes the bridge and its access ramps.

The City purchased those air rights from Canadian National and Toronto Transit Railways in 2007 to construct the desperately-needed crossing, but just six years later, the air rights were sold to CRAFT Acquisitions Corporation ( part of the Development Team) in December 2013, just 14 months after the bridge officially opened.

So even as the first pedestrians and cyclists began to use the bridge a decade ago, developers were already planning its demise.

Since the Rail Deck District plan aims to deck over the rail corridor, including a north-south pedestrian link in the same position as the bridge, Puente de Luz and its associated ramps along Front Street West would be rendered redundant.

As a result, the Puente de Luz bridge is proposed to be relocated in coordination with City staff, which will see the yellow-painted landmark moved "in a sensitive manner to a more appropriate location."