After a two-year absence, Doors Open Toronto was back again for 2022, and crowds flocked to more than 100 buildings and sites across the city to mark the return of the beloved event over the May 28- 29 weekend.

Like past years, Doors Open's 21st edition offered access to a variety of buildings across Toronto, but with only a short window of time and some very long lines to get inside, you'd have to be superhuman even to hit a fraction of them.

It's by no means a comprehensive glimpse at the many sights included for 2022, but here is a look inside of just five of the iconic buildings crowds visited for this year's Doors Open Toronto. 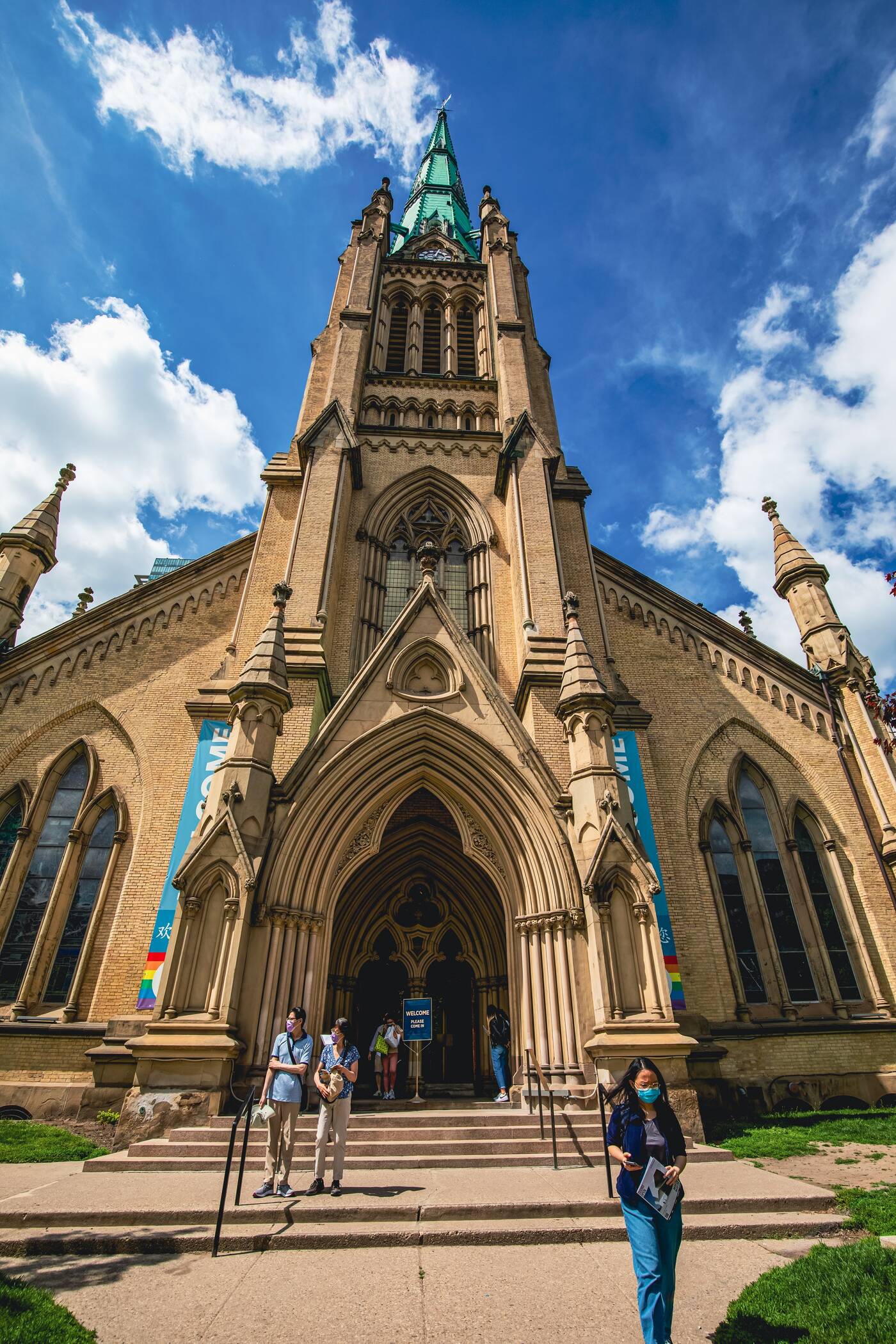 The Cathedral Church of St. James

Standing over the intersection of King and Church for almost 17 decades, St. James Cathedral is home to Toronto's oldest congregation, predating the existing Gothic Revival landmark by over a half-century. 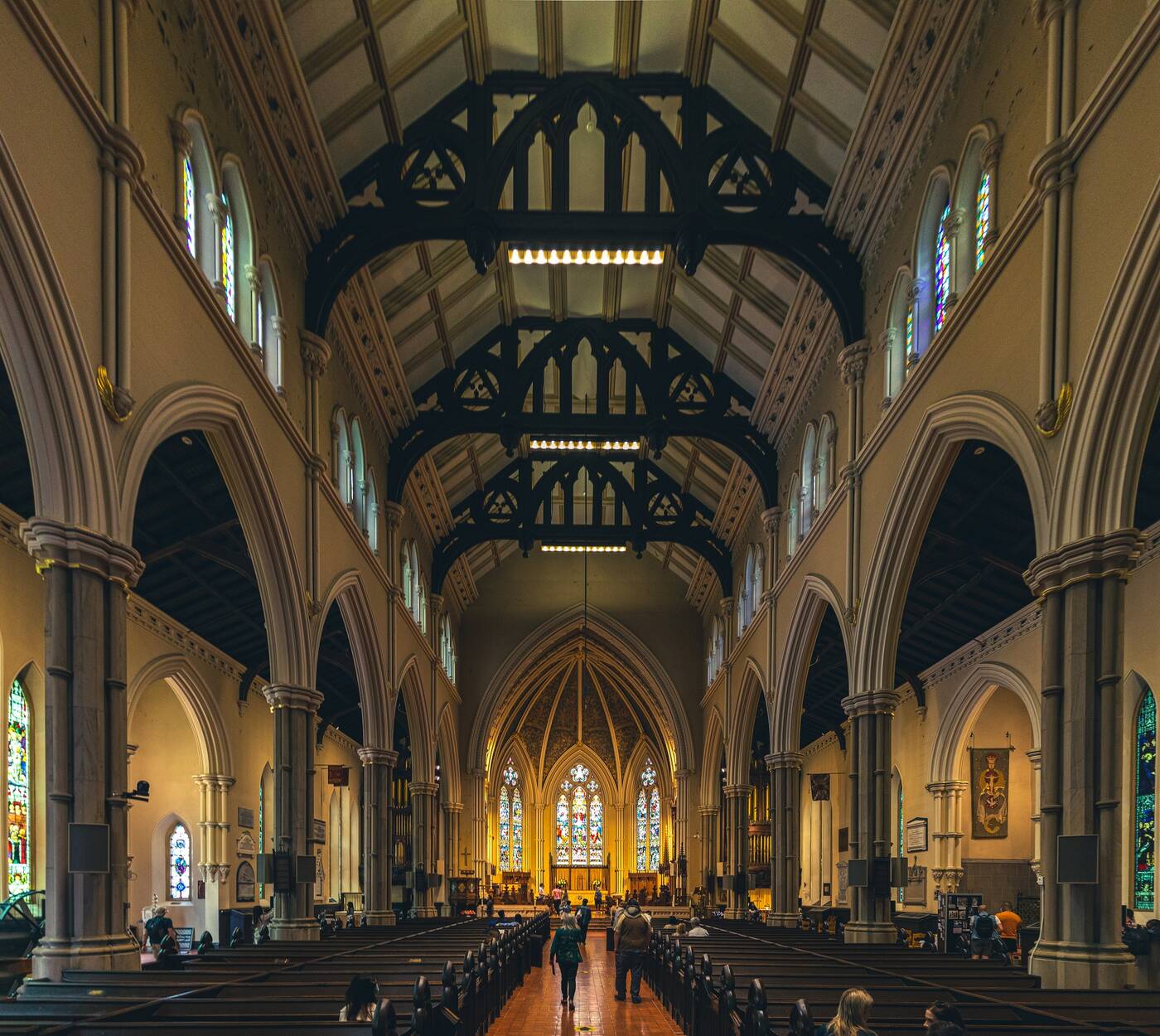 Completed in 1853 with its prominent tower and spire finished two decades later, St. James is the tallest church spire in Canada and the second-tallest on the continent, though its height is eclipsed by the dome of Saint Joseph's Oratory in Montreal.

The iconic exterior is complemented by a gorgeous interior with stained-glass windows and a carved organ with 5,000 pipes. 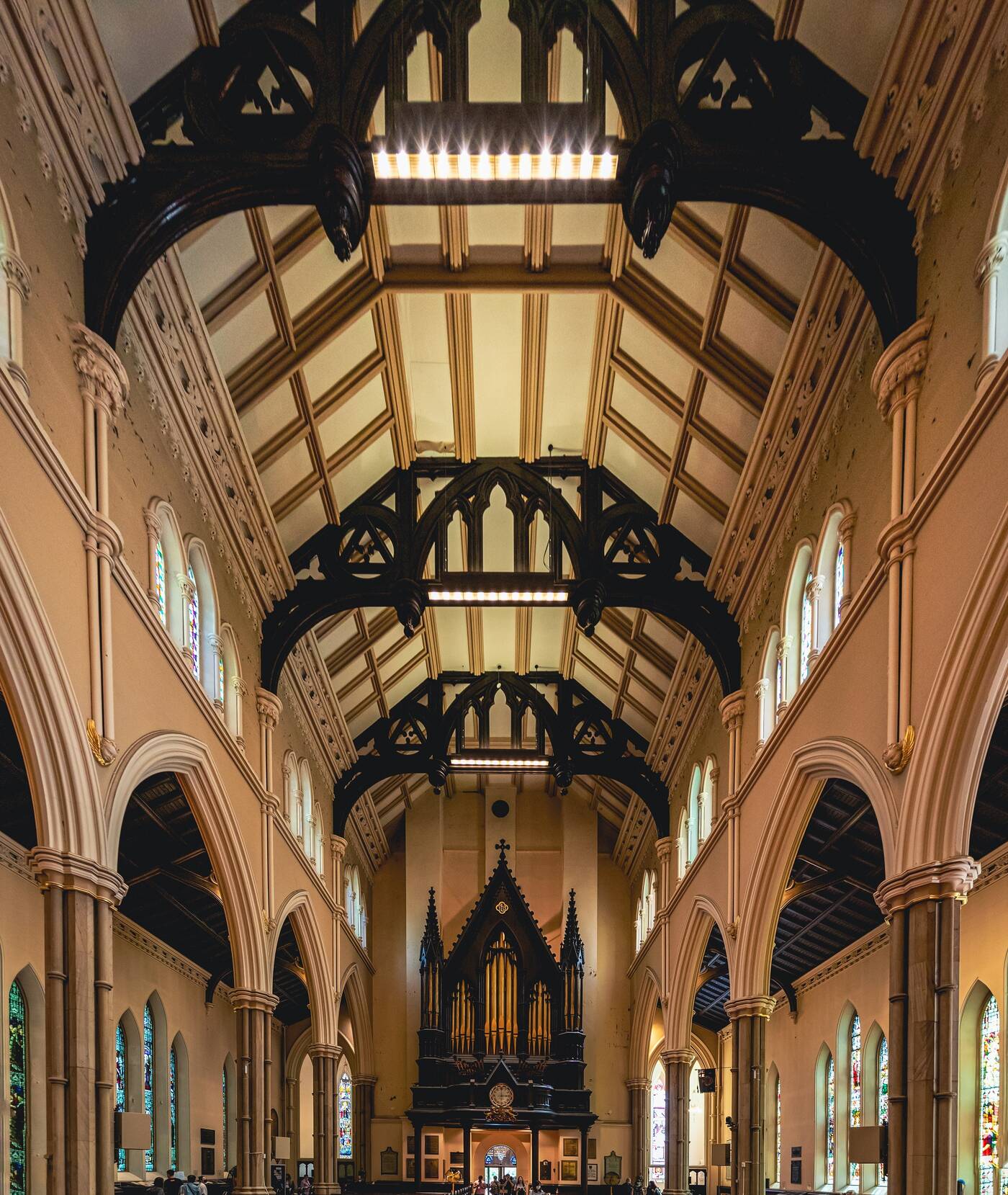 And you didn't even have to wait in line to enjoy it, unless you wanted to take a trip up to the cathedral's bell tower.

Long lines queued to get a rare glimpse inside this 1973-opened University of Toronto library, which shares a building with the more well-known Robarts Library. 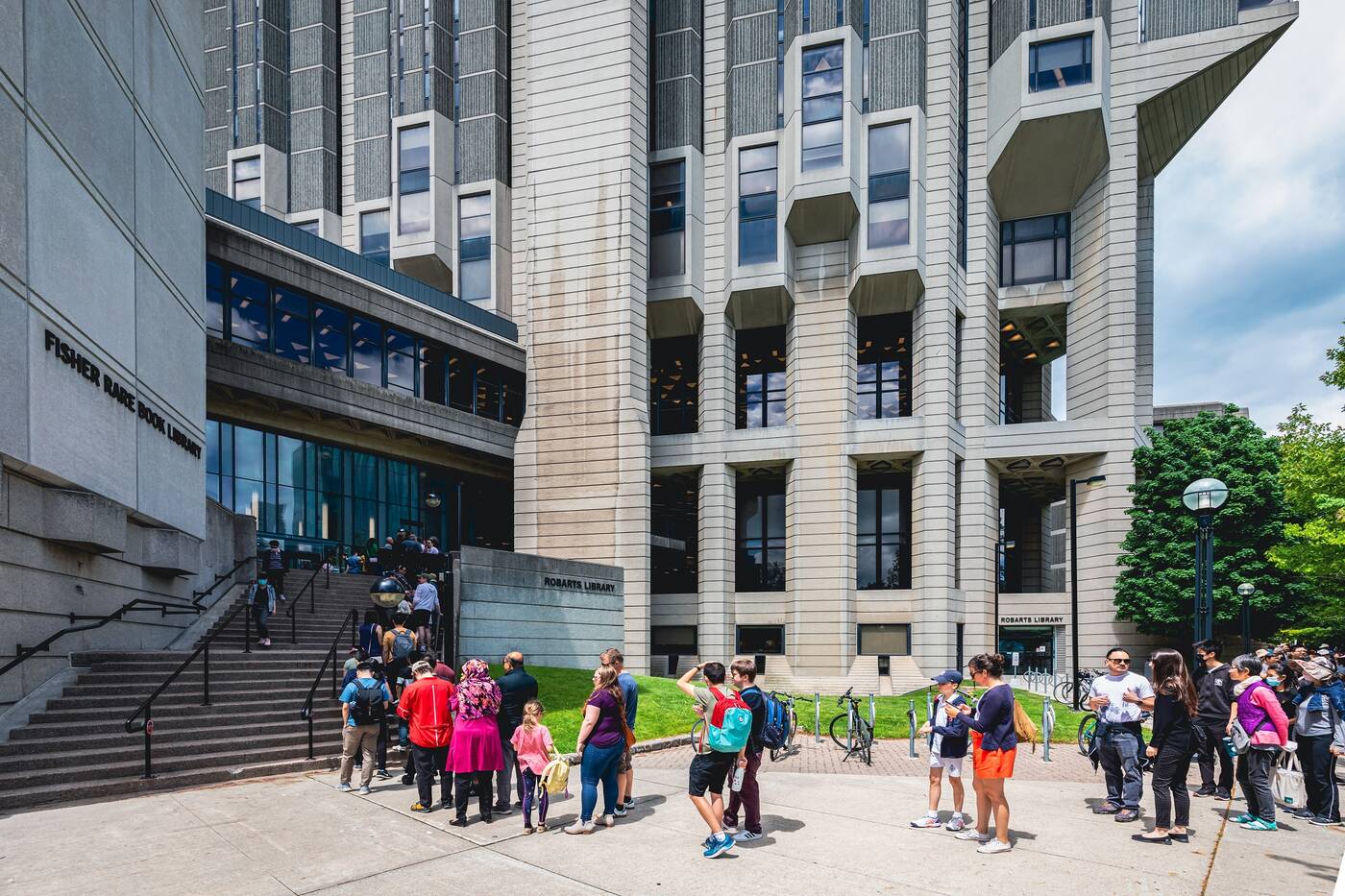 The Fisher Library is so much more than Canada's largest collection of rare books and manuscripts, the space itself taking the form of a towering atrium in a style evocative of the famous rug from The Shining. 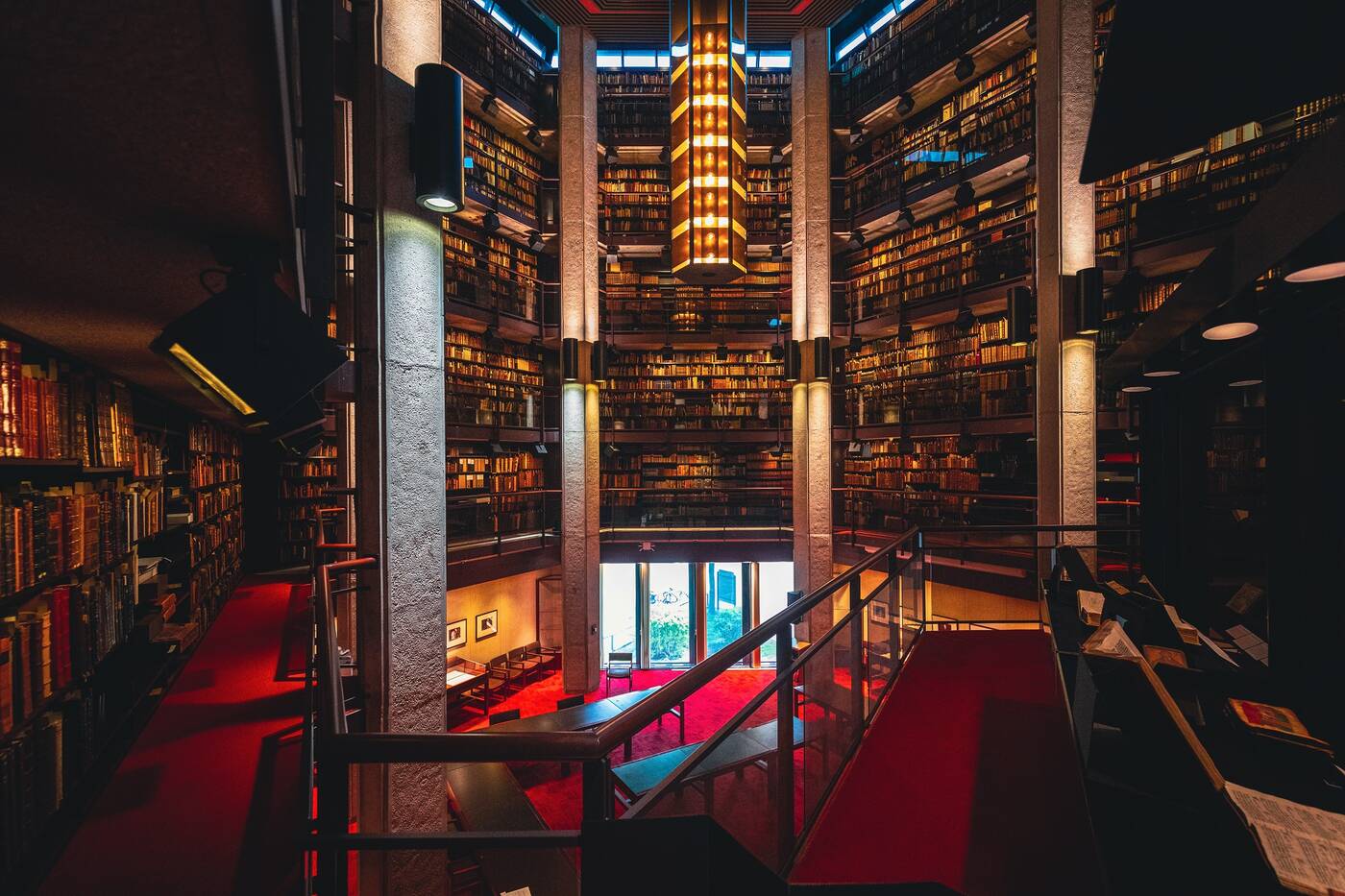 The architecture with rich red and orange hues is truly breathtaking even if you aren't a major bibliophile. But if the Fisher Library returns for next year, be prepared to line up around the block for access to the minimal space of the mezzanine viewing area within.

Another must-see spot for people who can't stand long lines and love history, St. Lawrence Hall was a breezy but rewarding stop on this year's itinerary. 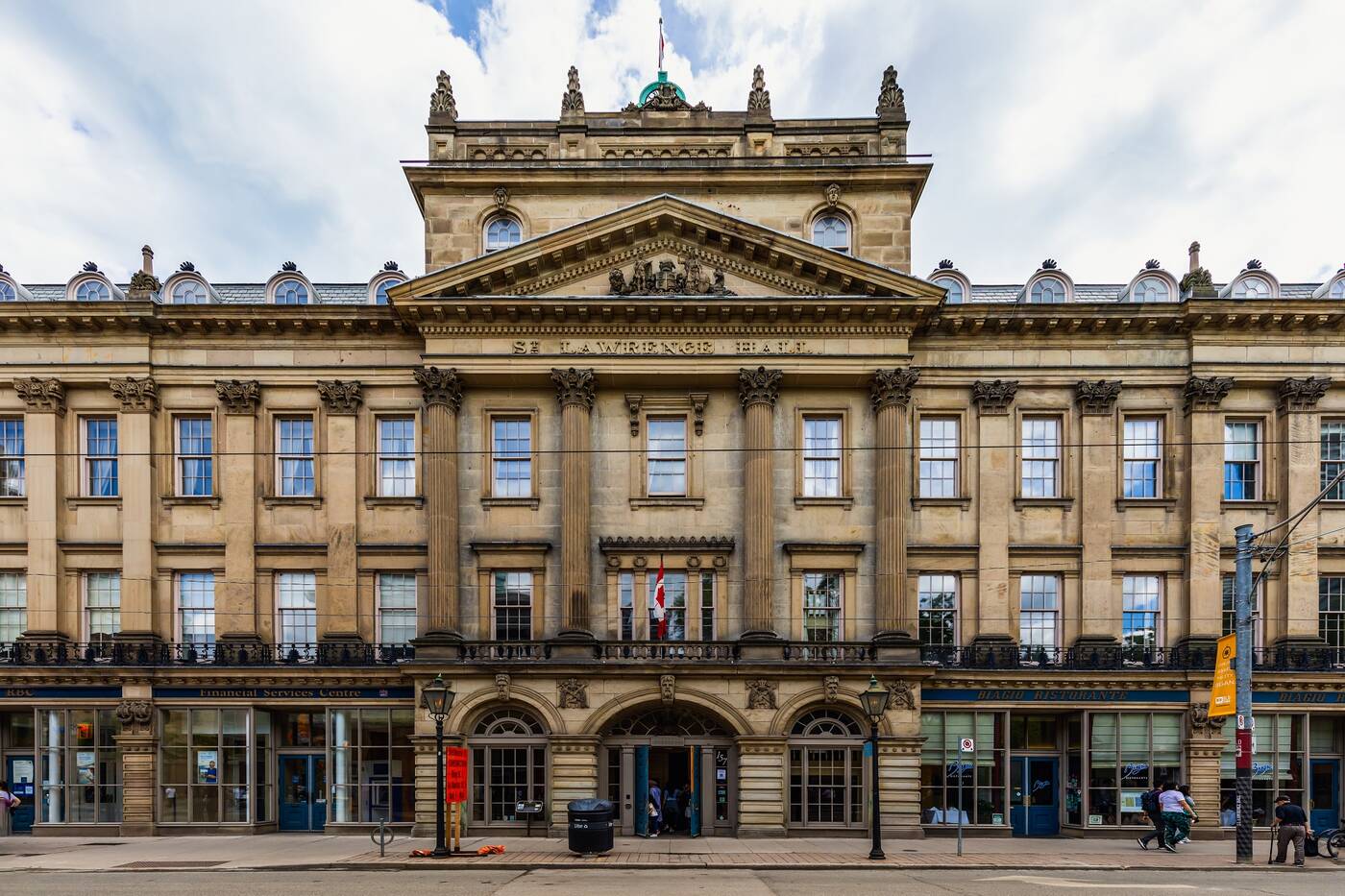 The 1850-built Renaissance Revival-style meeting hall was where Toronto's politicians spoke and high society mingled in some of the city's most formative decades. 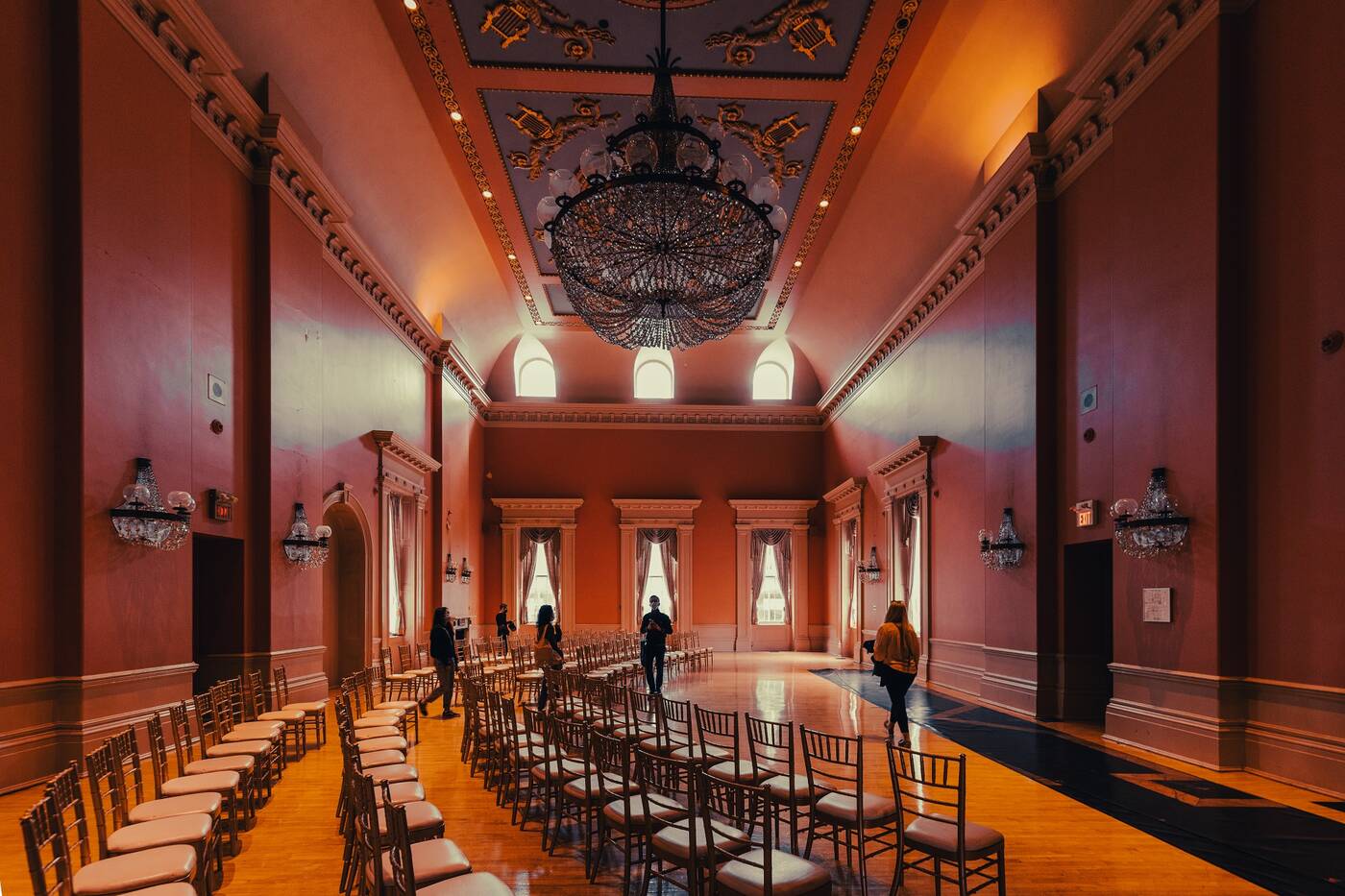 It was later outshined by newer, larger venues, falling into disrepair by the mid-20th century. Part of the building even collapsed before it was eventually rebuilt and restored to its former glory.

There wasn't much to see besides the assembly hall, but that alone will be worth making a return visit next year.

This stop on the list clearly had extra significance to many, as long lines queued around Queen's Park to get a rare look inside the proverbial hornet's nest of Ontario politics. 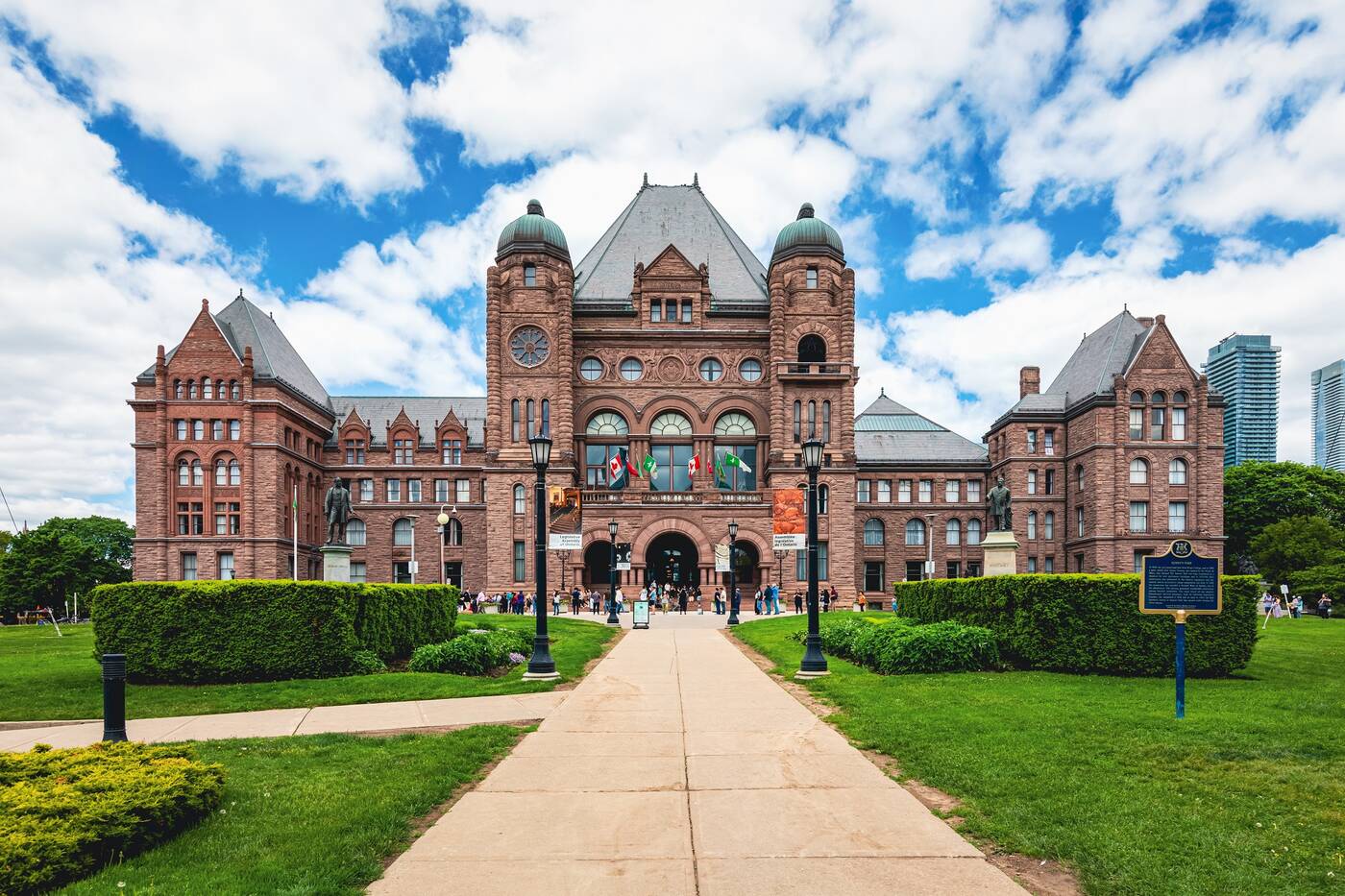 And the line was absolutely worth the wait, the interiors of the 1893-built landmark just as majestic as its Richardsonian Romanesque-style exterior. 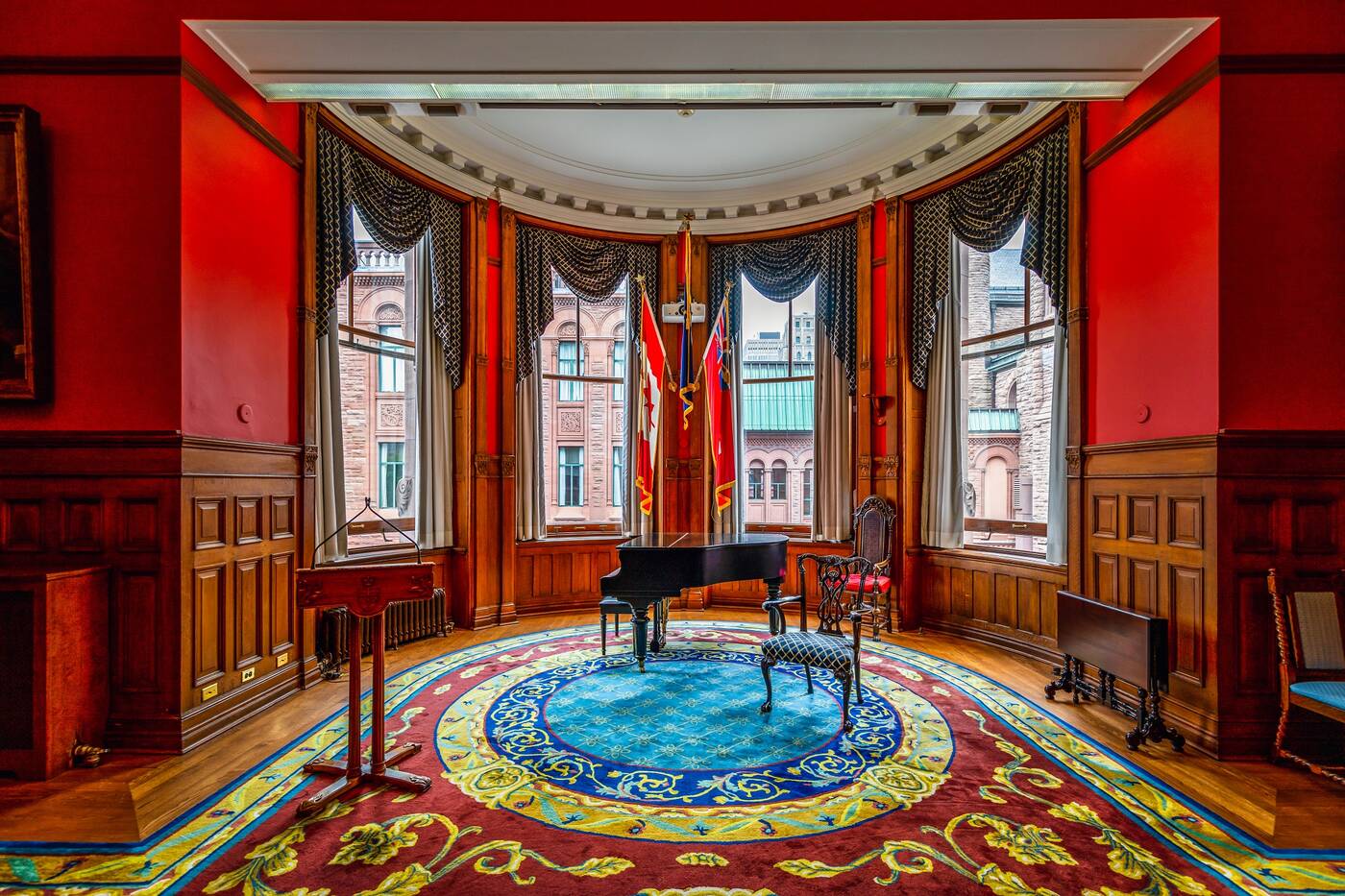 There was a lot to see at just this one stop, but the clear highlight was the Legislative Assembly of Ontario, an ornate chamber where MPPs duke out the course of provincial politics. 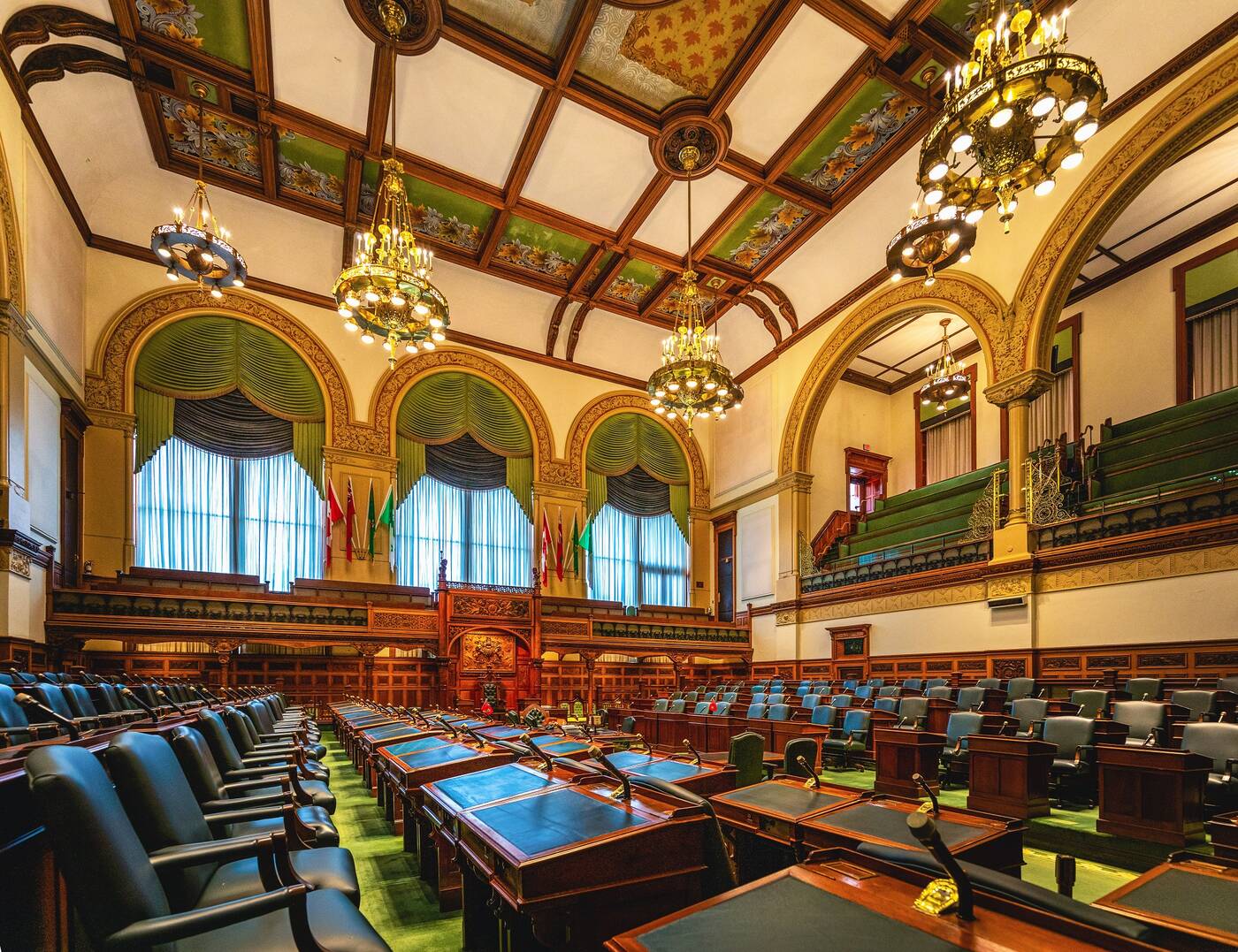 The seats were all empty on Saturday, and it's anyone's guess who will fill them after the June election. 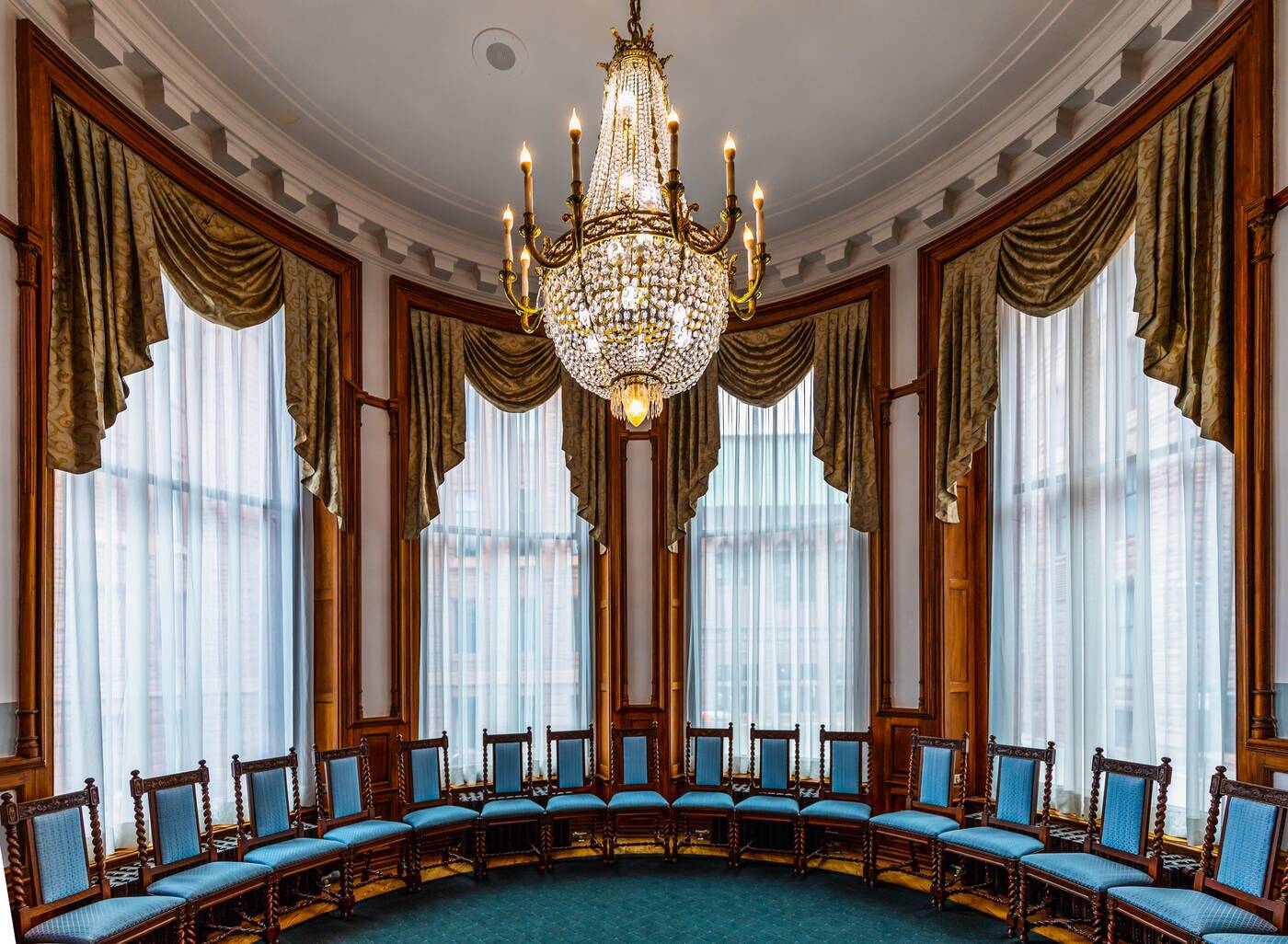 One of a handful of University of Toronto buildings that was open to visitors this year, the Daniels Building is a mash-up of old and new, combining an 1875-built educational building-turned military hospital with a modern addition. 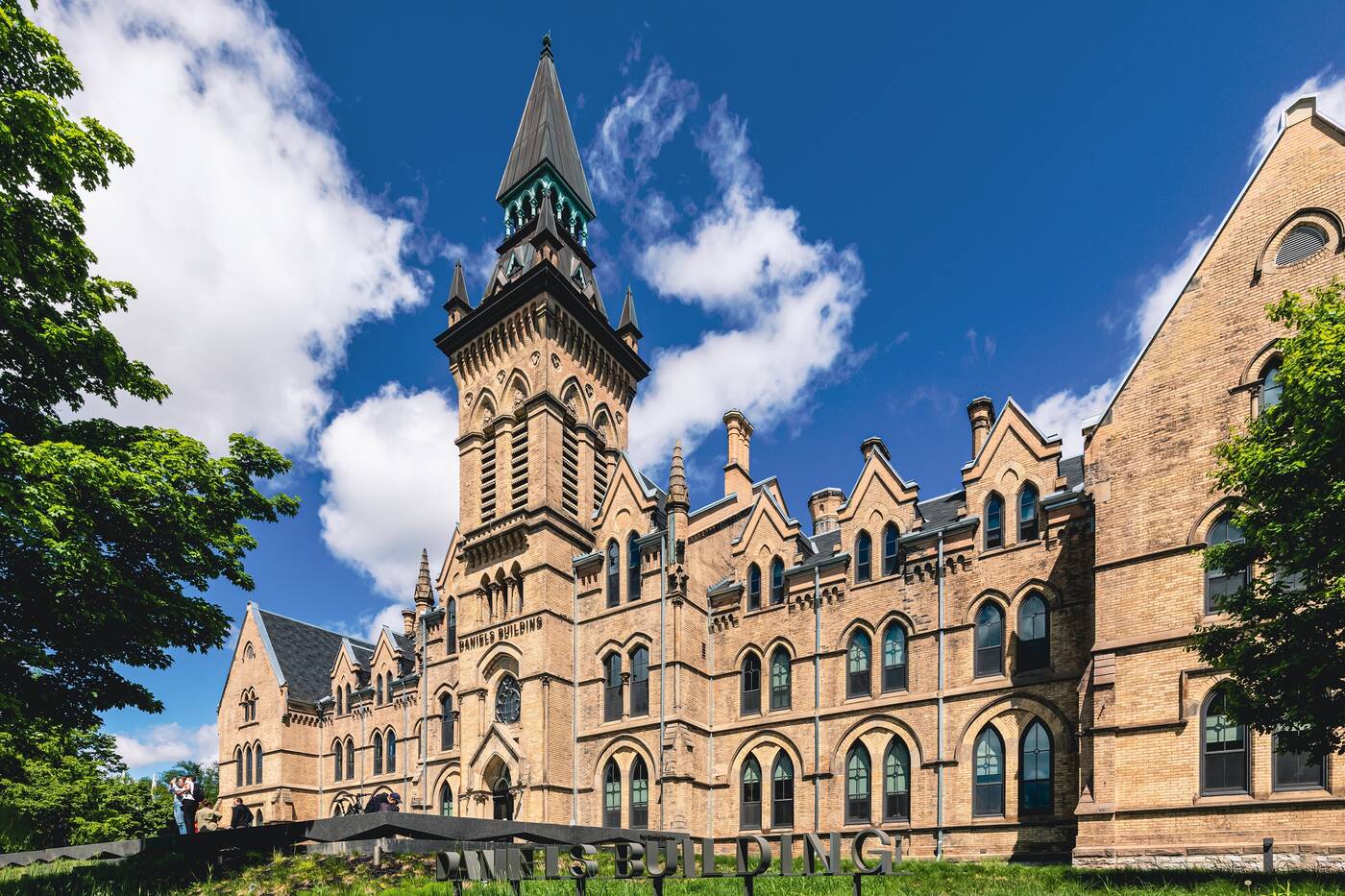 The complex is now home to the U of T's faculty of architecture, and it shows in the design both inside and out. 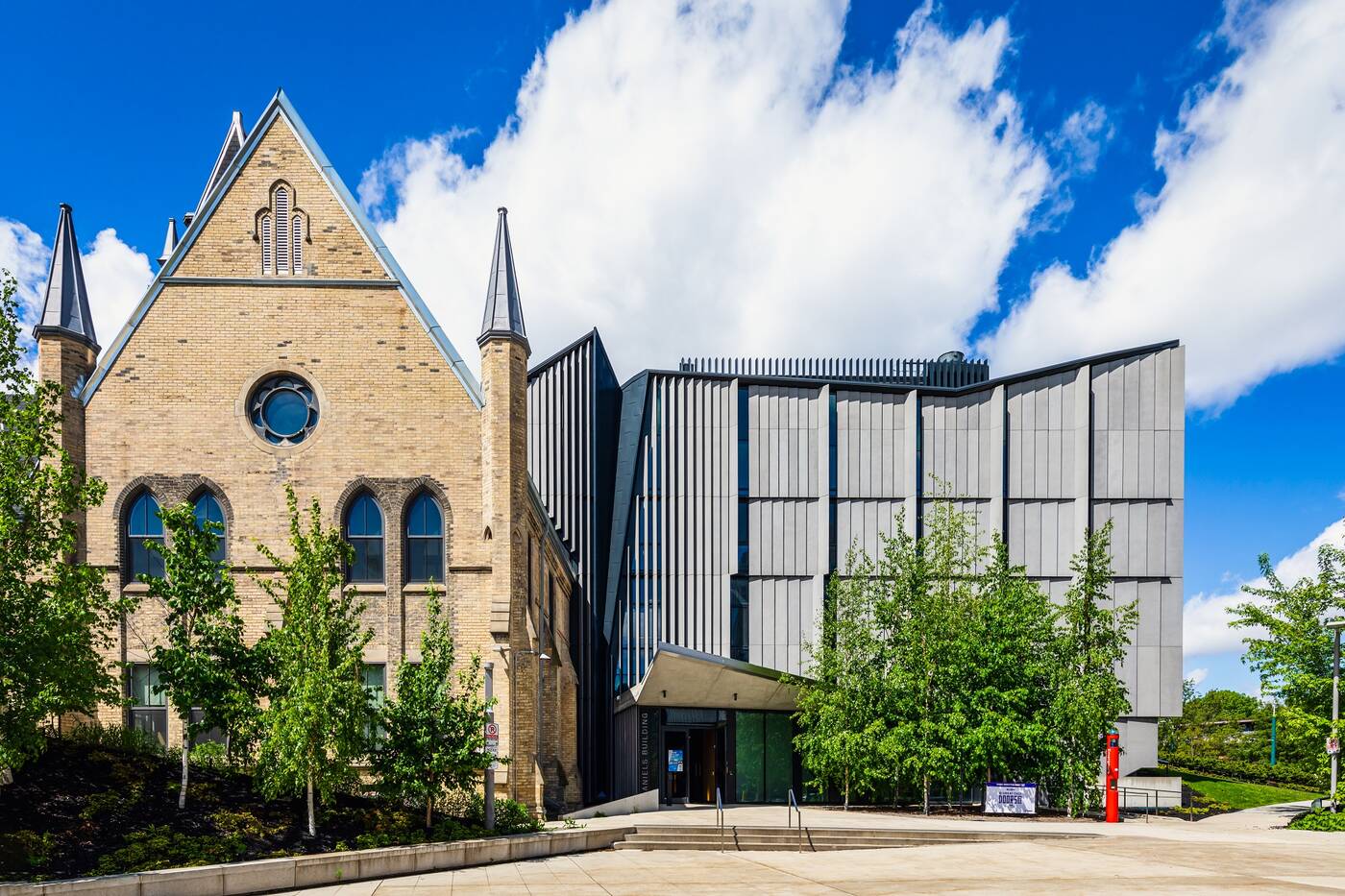 Visitors got the chance to check out the spaces and technology that guide students on their journey into the field of architecture, as well as explore architectural models and other creations from the best and brightest young designers. 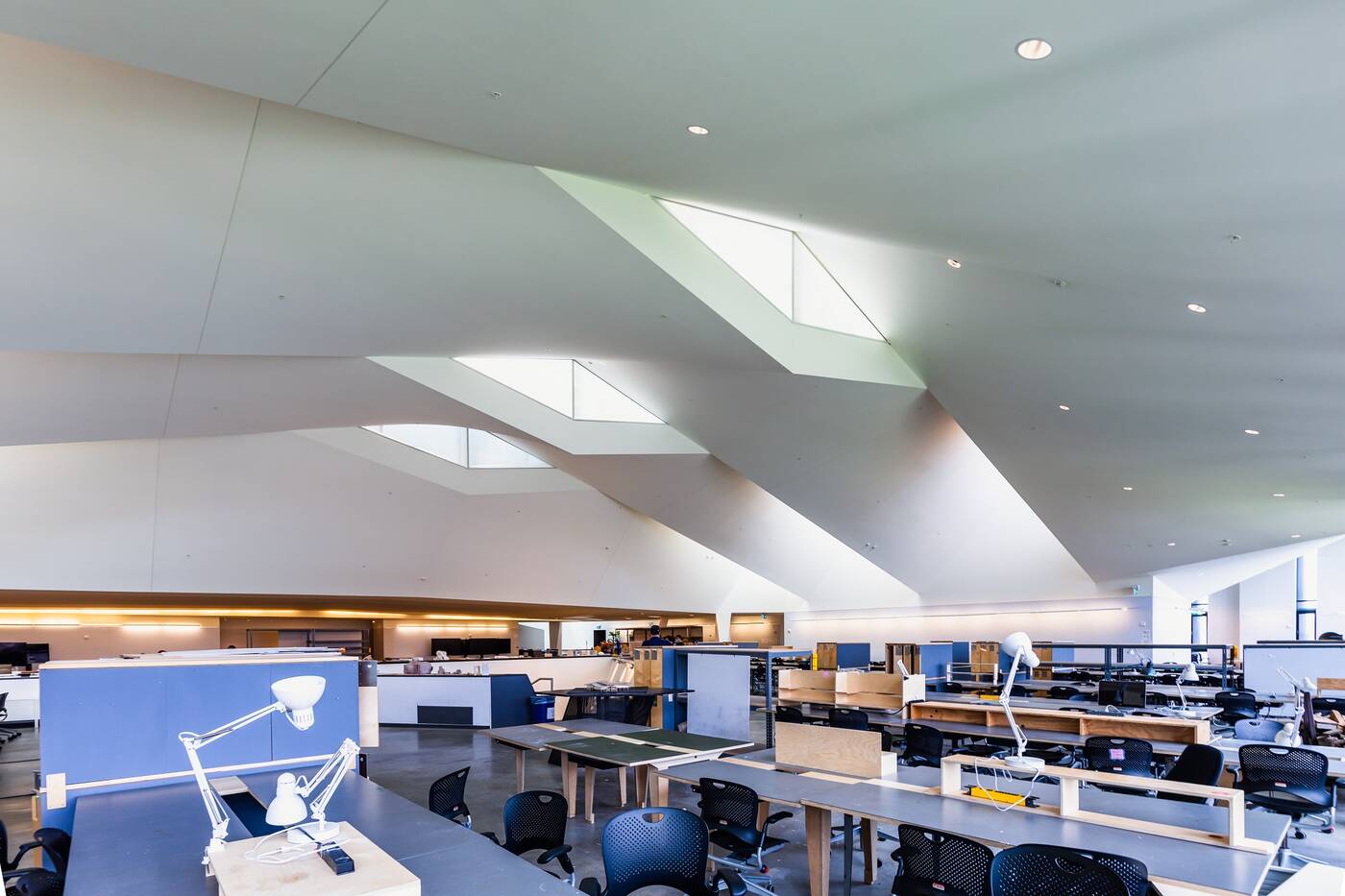 Doors Open is expected to return with another list of buildings for 2023, and there should be many returning favourites, likely even a few from the batch shown above.