While six-pack yokes, fishing line, plastic bags and other types of trash are notorious for getting stuck around and injuring (or killing) wildlife, there is one peculiar-looking piece of foreign material that you don't have to be concerned about if you spot it seemingly throttling a waterfowl's neck.

Though people may be somewhat familiar with leg bands or even wing markers, neck collars are a type of bird banding frequently used in Canada, especially on geese or swans.

To the average resident, these collars may appear like pieces of garbage stuck around a bird's neck, but are not actually cause for concern.

A concerned local posted photos of birds with collars around their necks spotted from Sugar Beach on Reddit this week. Image via u/icookmyowneggs.

The large rings bear colours and numbers that can be easily seen from a distance on the larger birds, and help to catalogue and track them for research purposes. The federal government deems them "one of the most common and important research tools used by bird experts."

By using bands, scientists can study a flock's movements and migration patterns, population size, survival rate, environment, and identify and observe the behaviours of individual birds without having to recapture them.

Hundreds of thousands of birds — thousands of Canada Geese in particular — are banded per year in both Canada and also south of the border, adding up to millions total, though the neck collars specifically are pretty rare to spot in places like Toronto and are more common in the Prairies. 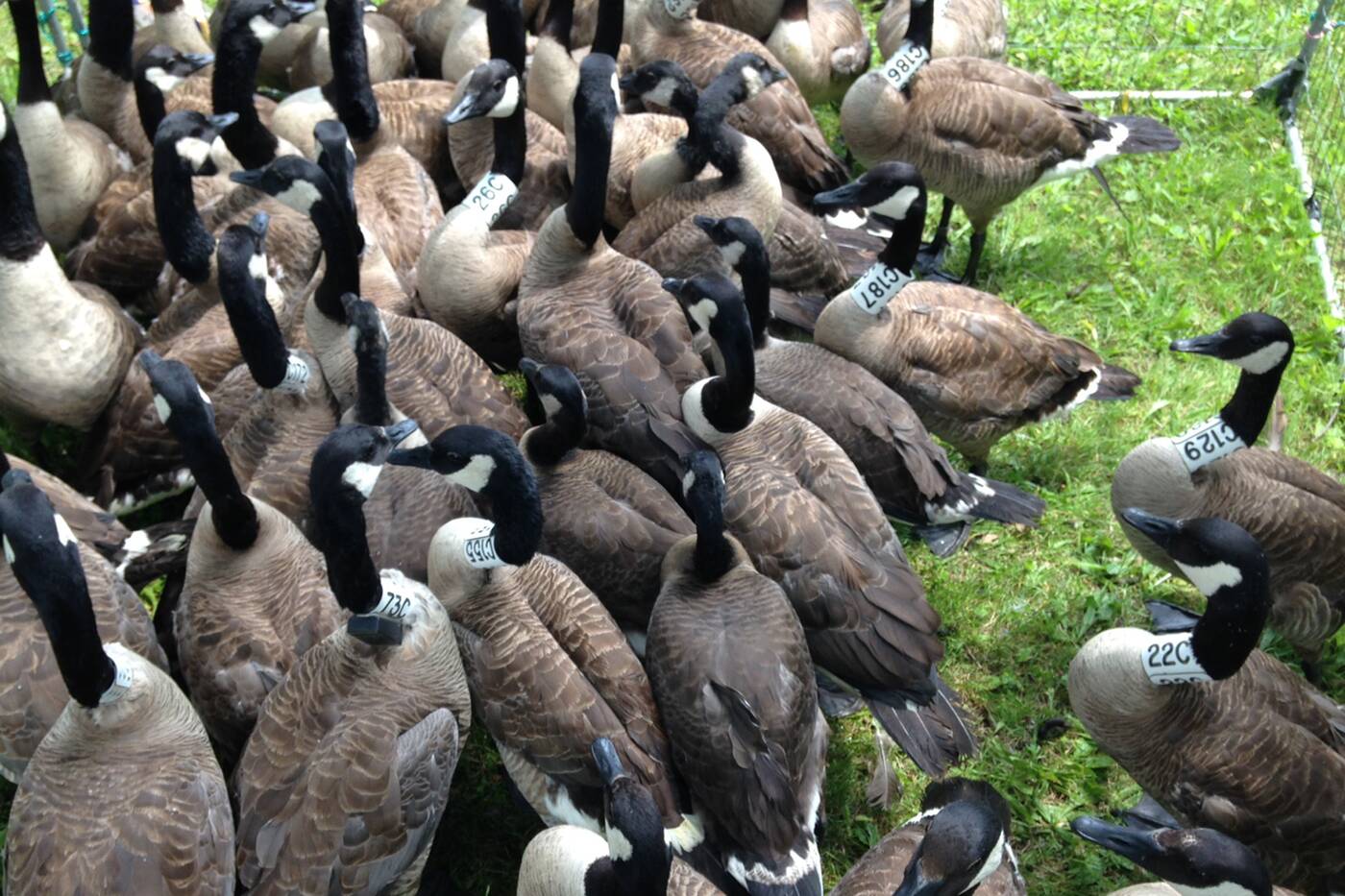 Millions of birds are banded in various forms each year in Canada and the U.S., including with these neck collars, which are most commonly used on Canada Geese and swans. Image from the U.S. Fish and Wildlife Service Southeast Region.

The government assures residents that the collars do not harm the animals, and always have to serve the purpose of an approved research project, for which a permit is issued.

The lightweight garments are also approved by a special Animal Care Committee, which outlines regulations for their placement. The bands, usually placed in the summertime, will remain on the birds for life.

Residents are actually encouraged to report banded bird sightings (or killings, if they're a hunter) online or by phone. A lot of the research findings are also publicly available for those interested.