Toronto Police are asking the public for help in locating a man who reportedly threatened and started physical altercations — one involving the use of hot coffee as a weapon — with multiple unsuspecting TTC passengers.

The individual in question is believed to be around 45 - 50 years old with a neck tattoo, a septum piercing, and one single earring through the top of his left ear.

Police say he is of a medium build and has "a mostly shaved head with blond patches of hair."

"It is reported that on Friday, March 11, 2022, at 9:06 a.m. a man boarded the TTC headed southbound toward Wellesley Station from Yonge Station," reads a release issued by the Toronto Police Service Wednesday morning.

The suspect was last seen fleeing the scene at Wellesley Station, according to police, and is now wanted for "Uttering Threats – Bodily Harm" and "Assault with a Weapon."

Police believe the man may have harmed additional victims and are urging anyone with information to come forward.

If located, police warn citizens not to approach the suspect, but to call 911 immediately. 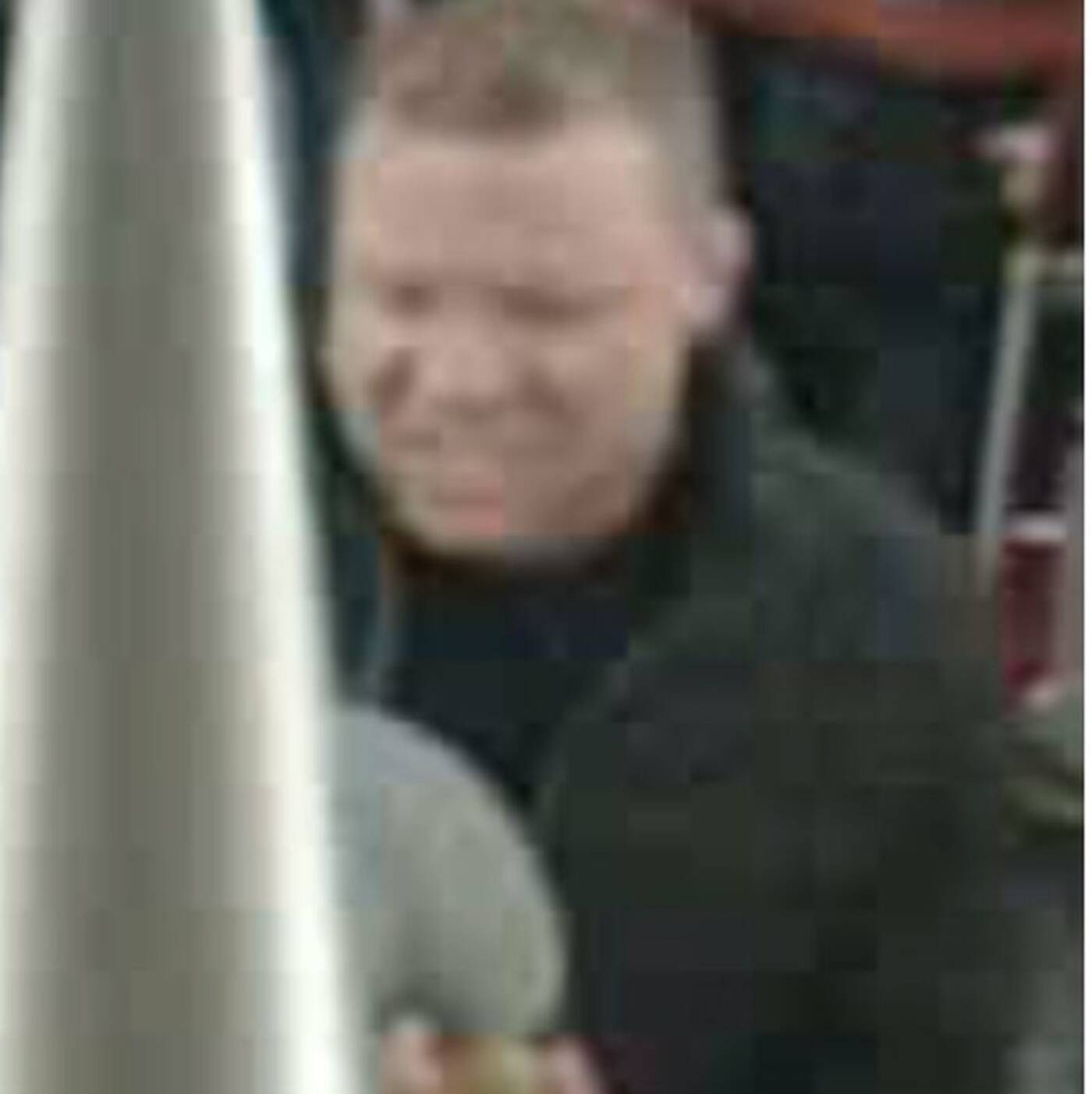 Police say that anyone who sees or recognizes this man should call 911 immediately. Image via TPS.

While the incident took place more than a month ago, this morning's TPS news release is just the latest in a growing line of warnings about violent attacks within Toronto's public transit system.

Over the past few weeks, public transit users in Toronto have been shot to death, stabbed in the neck and pushed onto subway tracks in front of a moving train — all by complete strangers, all without provocation.

Rampant reports of random assaults both on and off the TTC network have shaken Toronto residents recently, rendering some hesitant to enter subway stations and bus terminals for fear of violence.

Toronto Mayor John Tory stated last week when addressing the rash of attacks that Toronto Police would be "working to increase the visibility of police officers in the City's transit system throughout the coming days and in the weeks ahead."

TTC spokesperson Stuart Green told blogTO last week that the commission is currently in the process of hiring 56 additional special constables and highlighted numerous safety features and programs that are already in place for riders and drivers.

"Safety is paramount to all we do and the TTC is safe by any global measurement," said Green.

"In the wake of these recent incidents, we are focusing resources in and around the subway system to both give customers an added sense of safety and security as well as to respond in the unlikely event of a safety incident."