Toronto's lengthy but still inadequate transit network serves a city organized around tight clusters of density, something not entirely possible in the city's spread-out suburbs.

Vaughan may have a handful of subway stations on the TTC's Line 1, but its majority is served by York Region Transit (YRT), a distinctly suburban network relying on bus routes and regional GO Transit stations with rail connections.

Facing challenges of transit hub spacing, the general pedestrian inaccessibility of the 905, and a decline in transit ridership since the pre-COVID era, Metrolinx has devised a not-so-novel solution with YRT and the City of Vaughan to draw riders back to public transit.

It's cars! They are sending YRT-operated vehicles to pick people up and drop them off at stations.

Users of the service will be able to download the Mobility On-Request app and request a pick-up from anywhere within a predetermined service area. A car will then deliver them to or from Rutherford or Maple GO stations, like a taxi or Uber minus the fare. The service is entirely free for Presto card-holders. 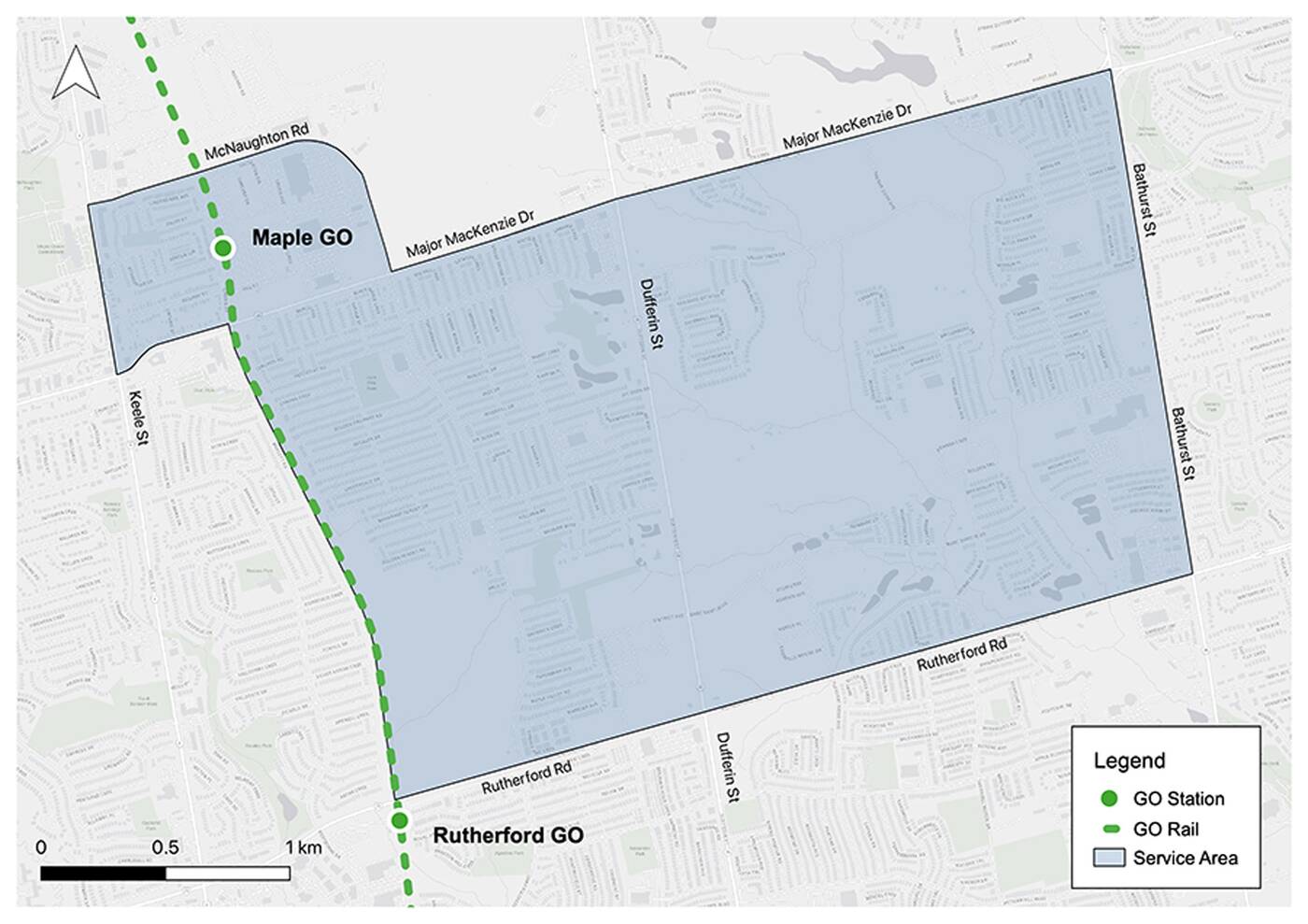 Area covered under the pilot program's expansion to Maple and Rutherford GO stations.

A press release announcing the program's expansion claims that "It's all about getting people to and from their local GO station without worrying about parking," something usually accomplished by lower-capacity surface routes such as buses.

So instead of building transit that will actually inspire commuters to leave the car at home, transit agencies are just sending their own cars to accomplish the same goal.

It almost defeats the purpose of public transportation to send cars with single passengers out onto busy streets, only to drop them at the nearest transit station. But that's the upside-down world suburbanites have chosen to live in.