Toronto transit maps are going to look a whole lot different in the coming years, with additions like the long-awaited Eglinton Crosstown and Finch West LRT lines, the Ontario Line, and the Yonge North Extension all promising new links around the city.

It will still be a little while before the Eglinton Crosstown enters commuter service as the TTC's Line 5, but the line is already in the process of being extended westward.

The Eglinton Crosstown West Extension is still in its early stages of construction, but things are about to heat up as Metrolinx gears up for the start of tunnelling for the line's underground section.

Toronto's original stretch of Yonge Street subway, now just a portion of the broader Line 1, was carved out using the old-fashioned cut-and-cover method, where trenches were carved through the city and then decked over to form tunnels.

It's an unbelievably disruptive method of tunnelling that would never fly in today's gridlocked city, and while cut-and-cover is still the prevailing method for subway stations, modern lines are excavated using tunnel boring machines, or TBMs. 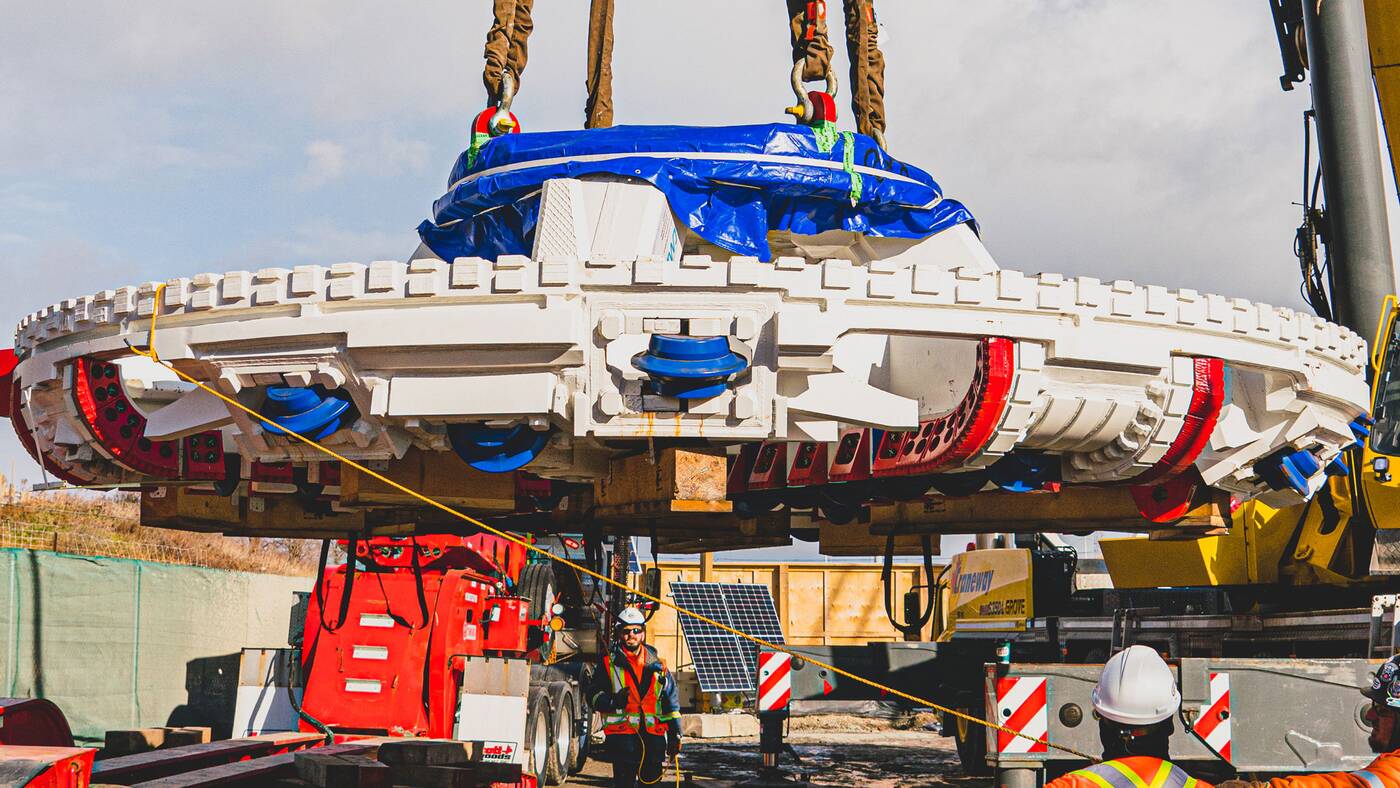 One of the TBM cutter heads was offloaded at the launch site in late 2021.

A pair of these tunnel boring machines arrived in parts at the Port of Hamilton from a factory in Schwanau, Germany at the end of 2021, where they made a trip under police escort to the tunnel launch site near Renforth Drive and Eglinton Avenue West in Mississauga.

That may have been the longest leg of the TBMs' journey in terms of distance, but their underground trip from east of Renforth to west of Royal York will take much longer as the machines gradually chew through rock and earth, fixing tunnel liners along the edges of the void as they press forward.

Before that can happen, the pair of machines — dubbed Rexy and Renny in January as the result of a naming contest — first need to be assembled, a task that's been ongoing since their arrival at the launch site last year. 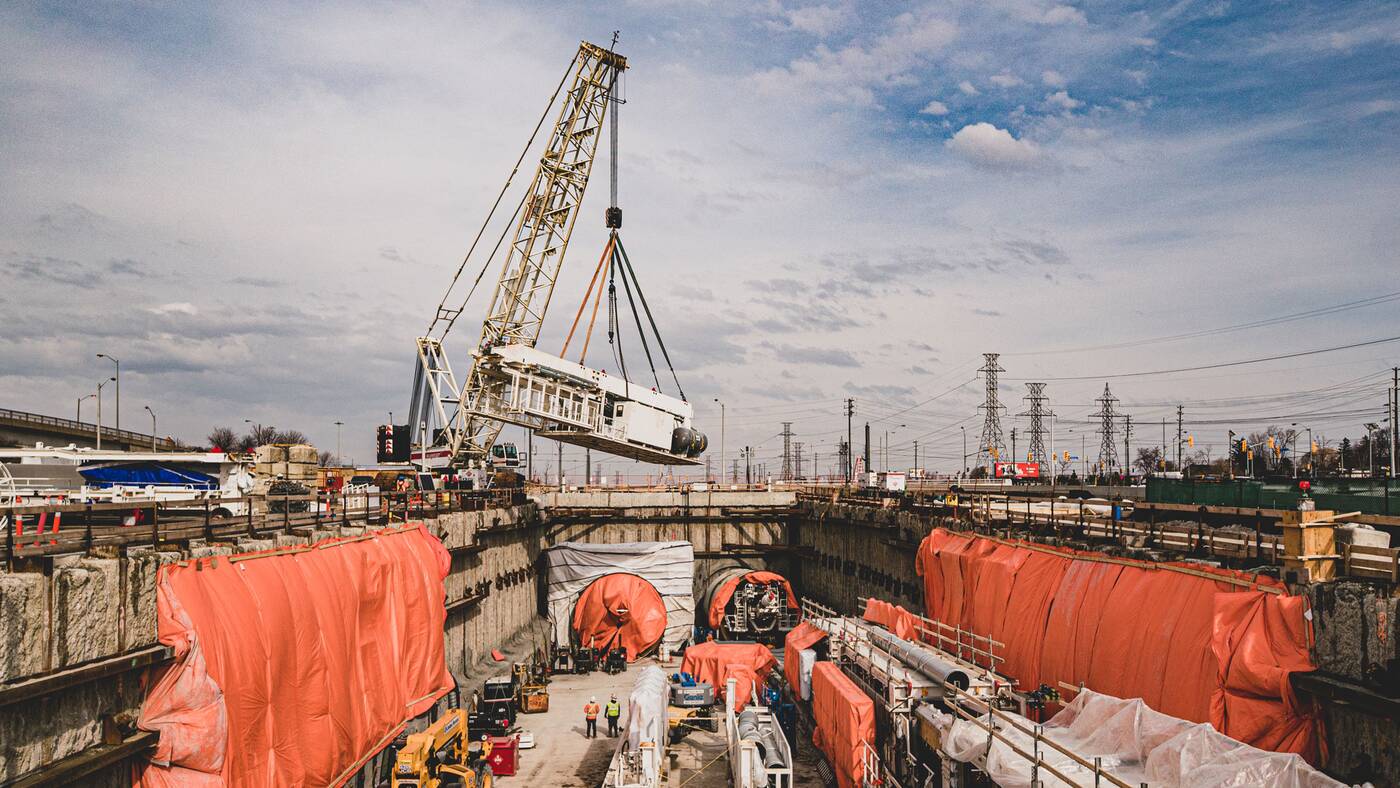 The launch shaft site with partially-assembled TBMs as it appeared in February.

This site includes a massive launch shaft where the TBMs will begin their dig, measuring 80 metres long, 20 metres wide and 17 metres deep. That's equivalent to the volume of about ten Olympic-size swimming pools. 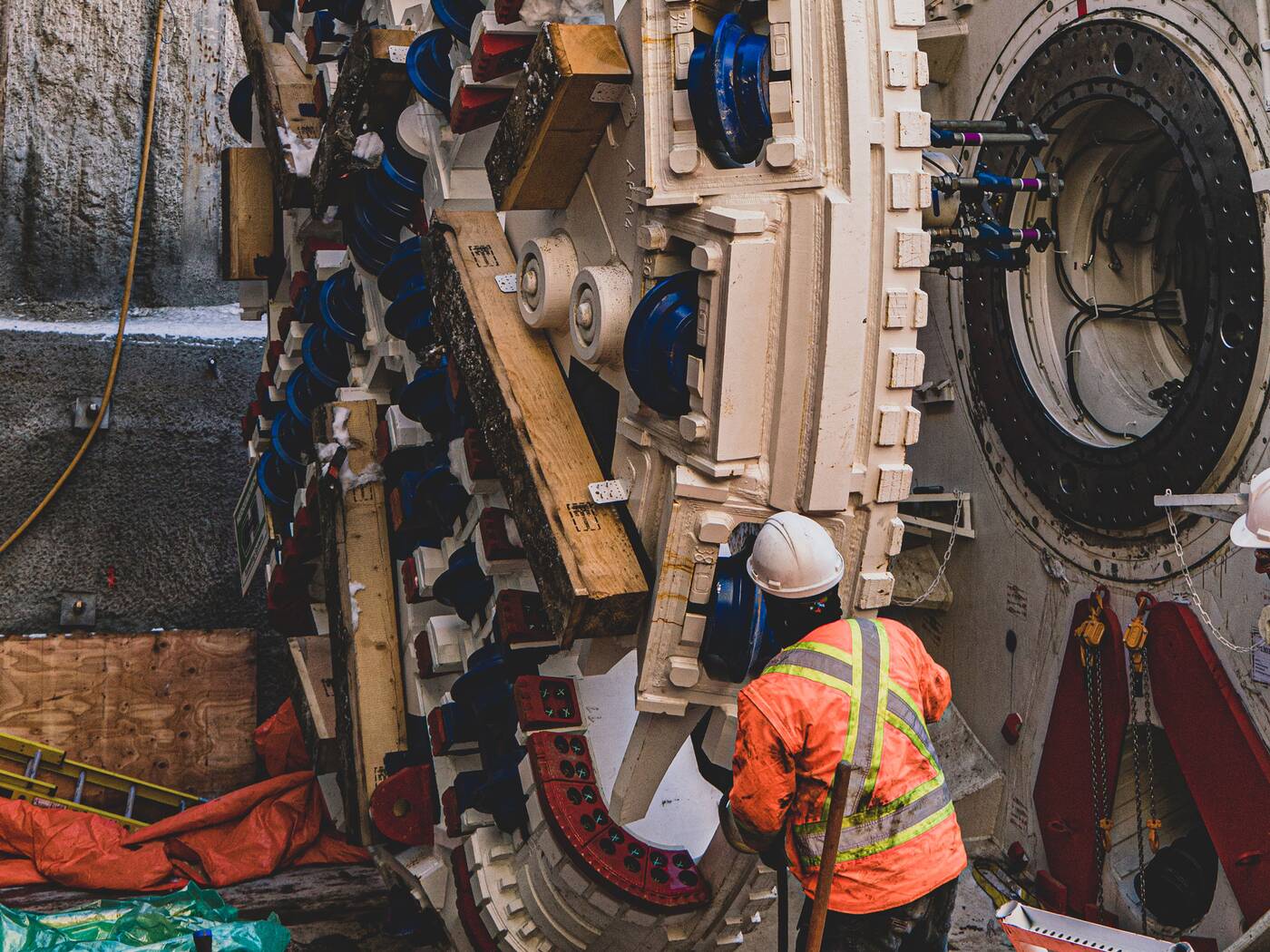 A cutter head is fixed to the main TBM assembly at the base of the launch shaft.

Parts were lowered in by crane to be assembled at the base of this pit, including the TBMs' massive flying saucer-shaped cutter heads, each weighing a mammoth 65 tonnes. 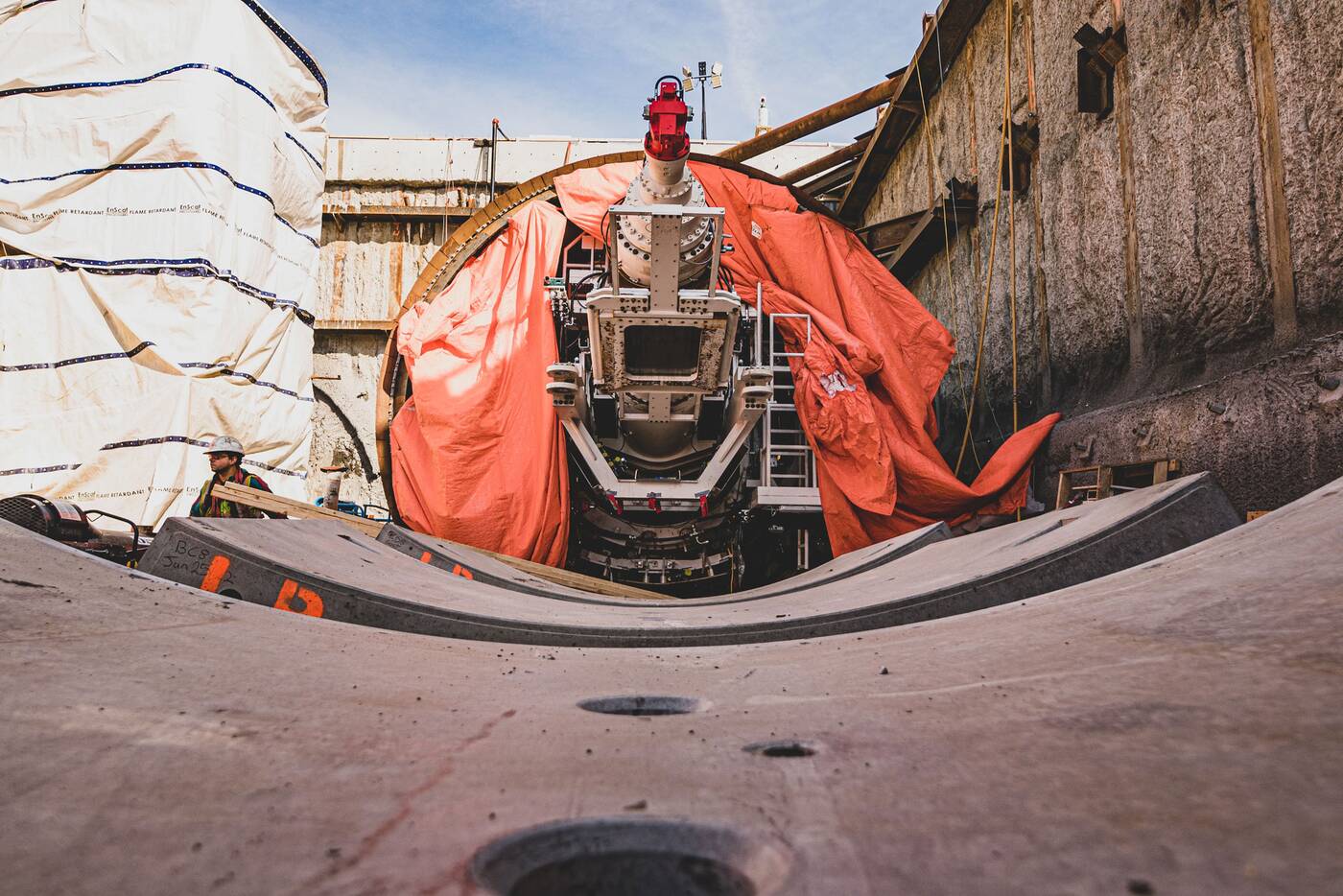 Over the months that have followed, the TBMs have quickly come together and are expected to begin tunnelling of the line this spring.