A very happy ending came for a Toronto couple who nearly didn't make it to their wedding on time.

The Toronto Police Service are reporting that one of their finest stopped what she was doing and drove the couple to City Hall earlier this month.

Brijesh Patel and Arohie Chopra told police they were taking an Uber to make it to their scheduled wedding at City Hall around noon on Feb. 19.

The trip was supposed to take 22 minutes and they needed to check in about five minutes before their ceremony ,so they thought they had enough time to get into their 30-minute slot.

"However, as soon as we exited the Don Valley Parkway, we noticed there were several roadblocks," said Patel.

Several downtown Toronto streets were closed because of protests. Toronto Police have closed the roads around Queens Park for the last few weekends out of concern for the trucker's protest blocking roads.

Patel and Chopra realized they weren't going to make it in time and decided to get out of the Uber near Shuter and Church Streets. They thought walking the final 800 metres would be faster, but soon found it difficult. 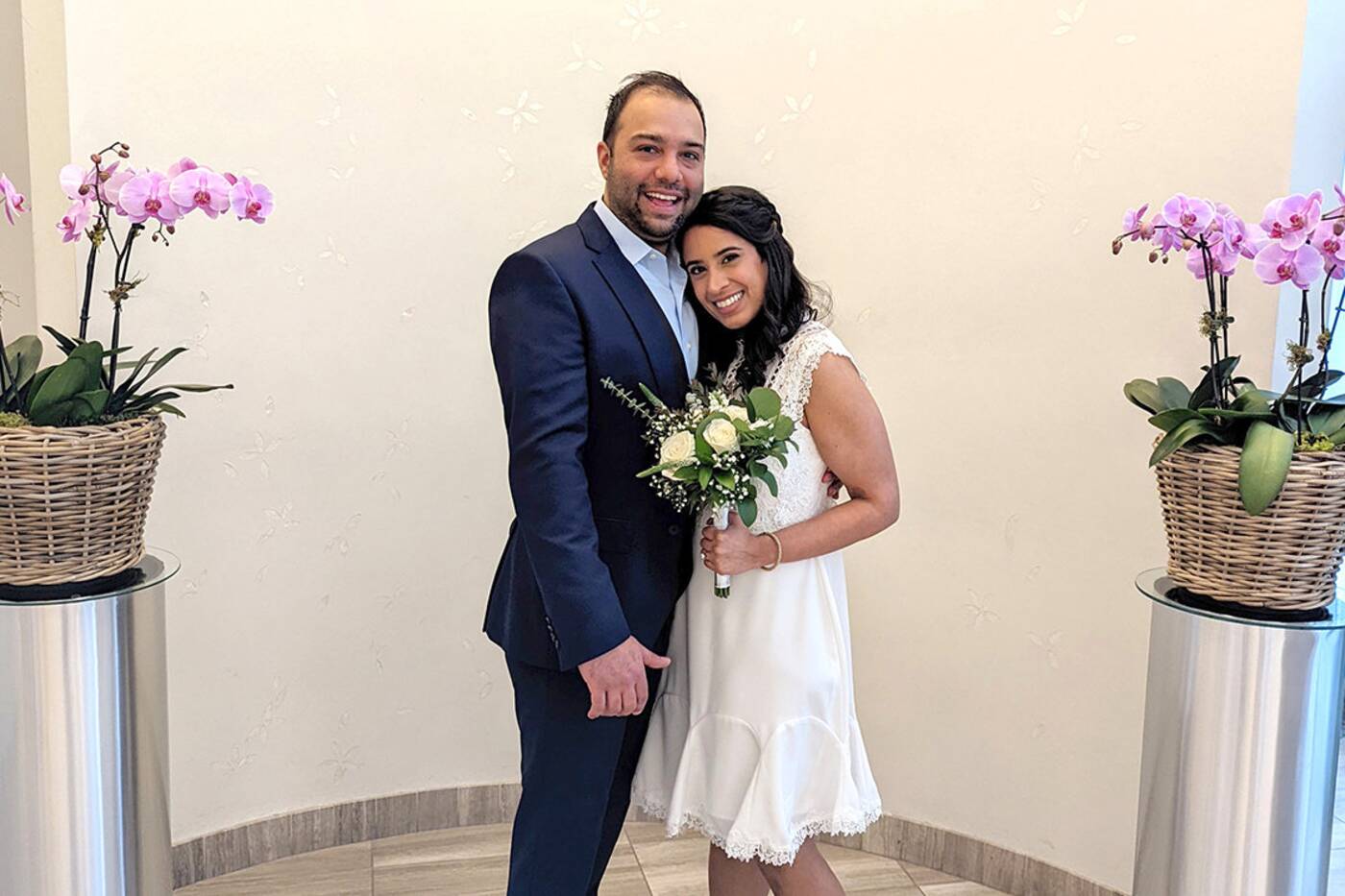 The couple were all dressed up and not really prepared to walk in the bad weather.

"My wife was dressed in her white gown and I had on my suit and dress shoes and the roads were messy because of bad weather," Patel told Toronto Police.

But they spotted Toronto Police Const. Marcie Beaven-Brindle, who was in her patrol car closing off an intersection.

"She was busy on the phone, but the window was open," Patel said. "I asked her how do we get to City Hall because we are getting married in 12 minutes and we are not going to make it."

Beaven-Brindle offered to move her car so they could drive through, but they didn't have a car. Patel then asked if she could give them a ride.

"I really thought she would 'say sorry, but good luck.'"

But Beaven-Brindle quickly got another officer to cover for her and offered the couple a ride in her marked police vehicle. Police note it wasn't the most glamorous option, but it certainly was the quickest.

"They were close to tears and I felt terrible for them," Beaven-Brindle said. "The weather was bad and they were all dressed up. She had on a nice dress with a coat along with her shoes and flowers in a bag. I just thought I had to help them out."

Patel said the officer was super professional and made sure they got to their destination.

"It was the first time that either of us had been in the backseat of a police car. When we got to the entrance, we attempted to get out, not realizing that the officer would have to let us out. She gave us a big hug and congratulated us."

The couple made it with two minutes to spare before the ceremony.