Toronto's newest library and community centre is the first ever to be named in collaboration with the Huron-Wendat Nation.

North York Community Council voted to name the centre, now under construction, Ethennonnhawahstihnen', according to a press release.

The location, near Bayview and Sheppard Avenues in North York and Bessarion TTC subway station, is about 800 metres from the Moatfield Ossuary and village (1280 CE to 1320 CE), a significant Wendat archaeological site that was identified in 1997, according to the city. Findings showed that inhabitants lived long and healthy lives in relative peace.

Let’s plan to visit together!! So awesome to have this name on a street, park, community centre and library. The education and programming opportunities are so exciting! #MoreThanAName pic.twitter.com/xmYFcO0dFu

Once opened, it will be the first city community recreation centre and library branch in Toronto to be named in collaboration with the Huron-Wendat Nation.

"We thank Mayor Tory and the City of Toronto Councillors for their recognition of the immense heritage left by our ancestors at Ethennonnhawahstihnen', a place where they had a good and beautiful life. This is a sign of what true reconciliation is all about."

A new @cityoftoronto community recreation centre and library is being named Ethennonnhawahstihnen', a Wendat word meaning “where they had a good, beautiful life.”
1/4 pic.twitter.com/IjG5qyX0yA

The new, three-storey facility from MJMA Architecture & Design, will have a community recreation centre, a new branch of the Toronto Public Library, a childcare centre, a community hall, an aquatic centre, and a gymnasium with an indoor track.

The centre, scheduled to open in early 2023, is under construction at 100 Ethennonnhawahstihnen’ Ln., in the Concord Park Place community that will be home to 10,000 residents across 20 residential towers when the development is completed. 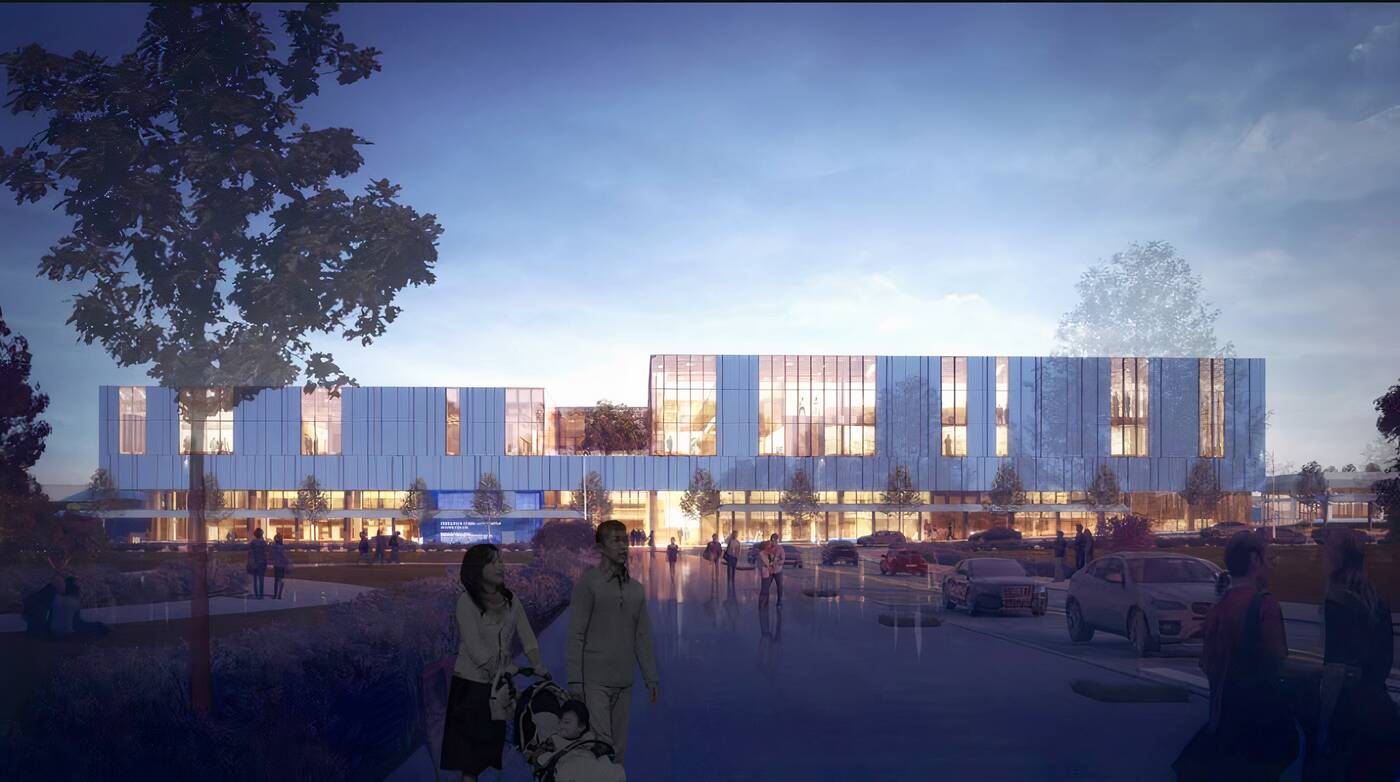 The Ethennonnhawahstihnen centre is slated to open in 2023. Rendering by MJMA Architecture & Design

Public consultations at the time showed strong support for the renaming which was considered a meaningful recognition and Indigenous placemaking, as well as a step towards the advancement of reconciliation.

City and Toronto Public Library staff are currently working with the Huron-Wendat Nation to commission Indigenous public artwork and historical and cultural interpretative content at the new site as a further placemaking effort.