The neglect of a laneway has led to a constant stream of people doing drugs, yelling and throwing garbage in backyards, say a group of neighbours in one Toronto neighbourhood.

Toronto resident Mohsen Seddigh says his home backs up to Reggae Lane, a laneway in the city's Little Jamaica, which was recently designated a Heritage Hub to celebrate the outstanding cultural and economic contributions made by the Black community in Toronto.

But Reggae Lane, which is adorned with colourful murals commemorating Toronto's reggae history, has become a hot spot for illegal activity, says Seddigh.

A group of people, who are not from the neighbouring businesses or homes, meet in the lane, he says.

"It is a transient population that congregates there simply because, by way of neglect over decades, it's become the perfect place for them to get drugs, sell drugs, engage in prostitution, and all kinds of other things."

"We have shootings happening, it is quite bad," Seddigh tells blogTO. "It's not like anybody has any connection to the people that are living there."

This also isn't a homeless encampment, he adds — it's a known meeting spot. 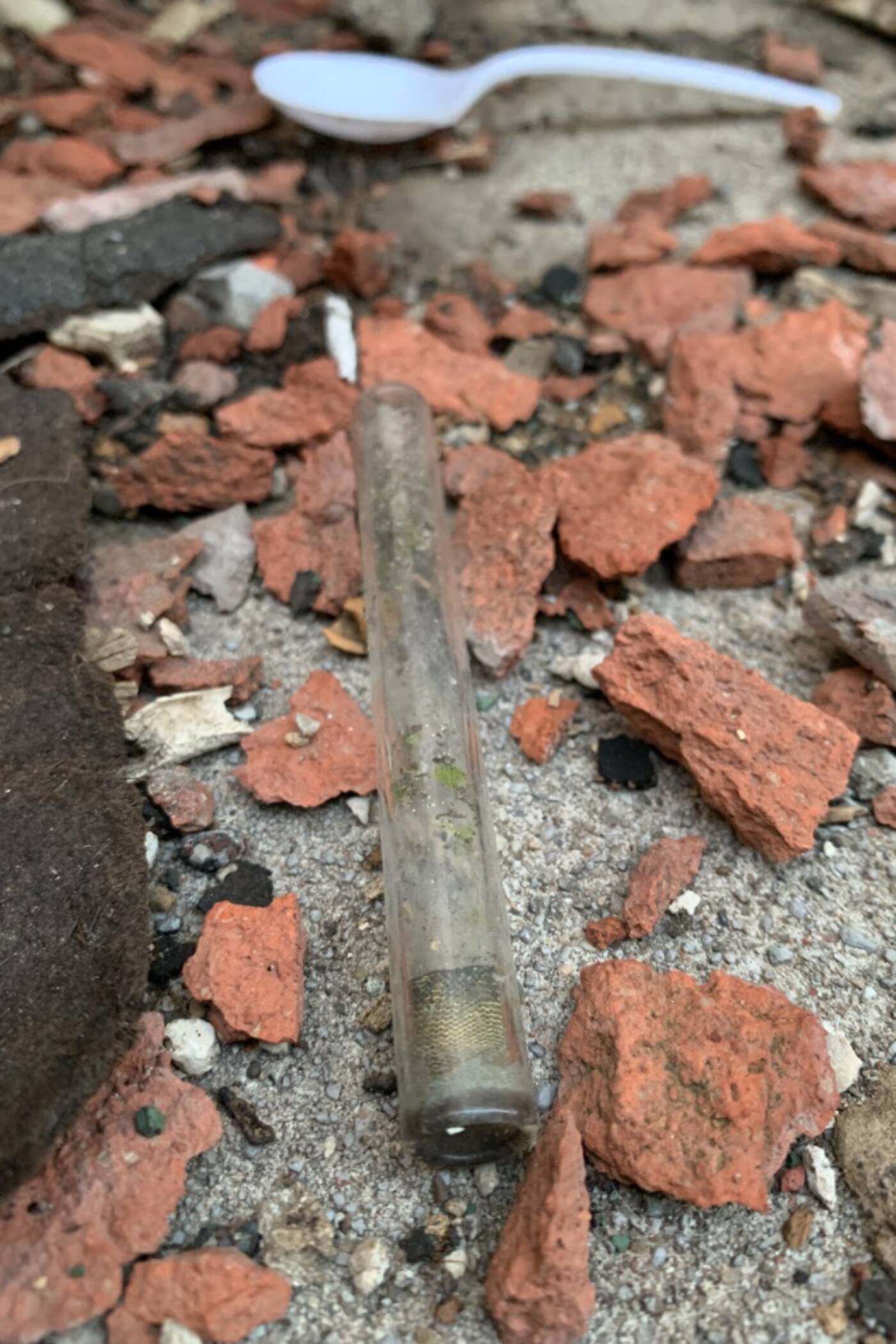 Now that he has children, Seddigh says he has growing concerns for his family. Bottles are thrown into his backyard and he sometimes finds crack pipes.

"They come there and they start using sometimes, and they go to people's backyards to smoke crack," he says.

There are things that need to be done, from a broader perspective socially, to tackle drug addiction across the city, he adds.

"But they shouldn't all be thrown on the shoulders of a small community that happens to be historically marginalized to begin with," he says.

Seddigh says he and his neighbours have contacted the city to report the garbage, but they say because it is in his yard, it is not a city problem. Police are called, but not much happens. He feels there is apathy and neglect because it is a racialized neighbourhood. 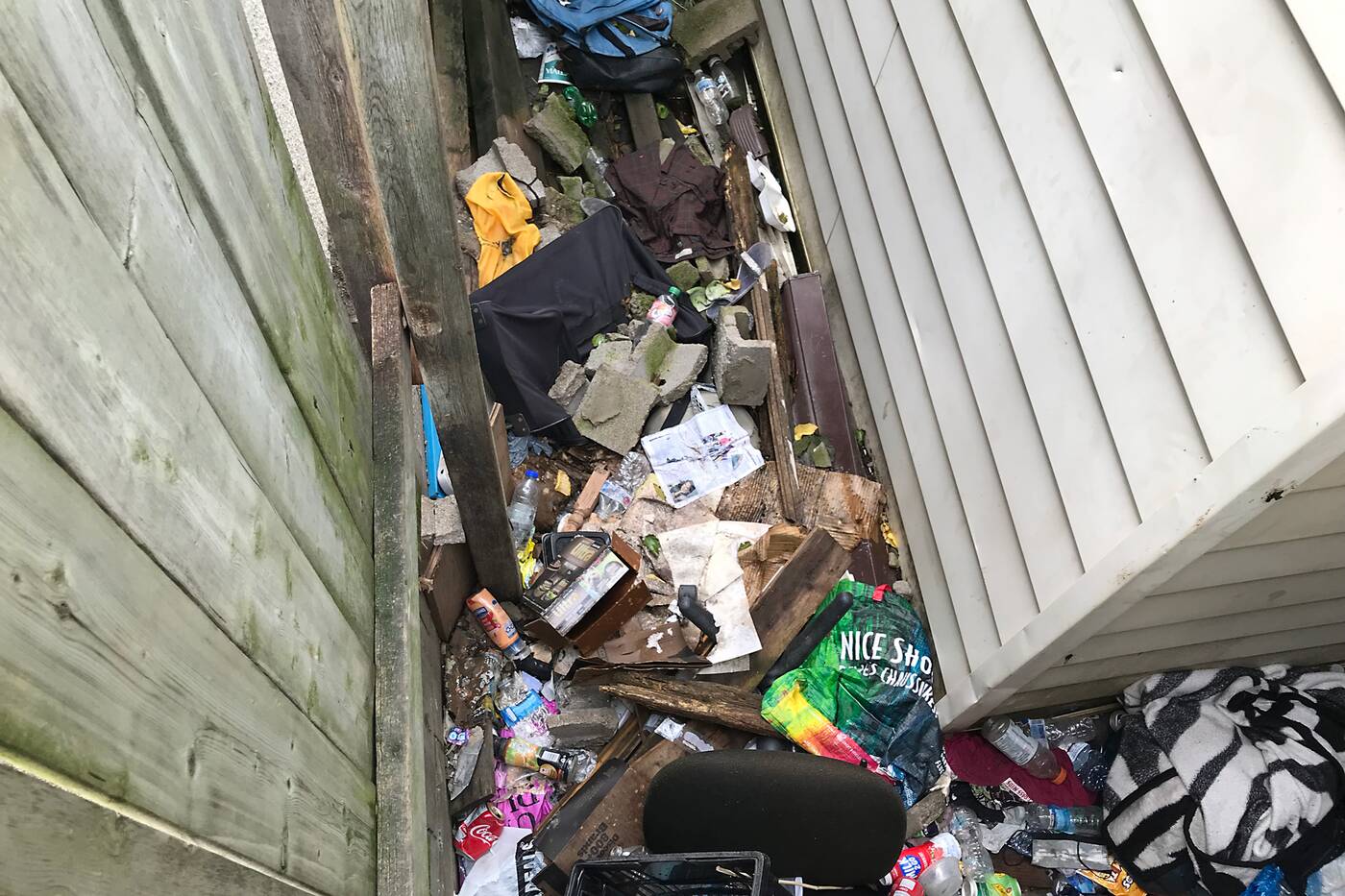 The City of Toronto said in a statement that it is "deeply concerned about the persistent challenges of individuals who frequent Reggae Lane, and their heightened levels of vulnerability to safety issues."

They have been trying to understand the issues and challenges by speaking with area residents, service providers, business owners, community advocates and the Business Improvement Area.

"The COVID-19 pandemic has certainly exacerbated vulnerabilities across Toronto, including in this community," the city statement read.

But some people can't wait for change and have resorted to moving away.

"One of my next-door neighbours had to sell recently and move away. He couldn't deal with it anymore, even though he'd been there for longer," Seddigh said.

People have suggested that Seddigh just move, but he doesn't think he should have to.

"I want my kids to grow up in a cosmopolitan place where they can get exposed to different people," he says.

At the same time, he doesn't want them to be injured in the backyard from bottles flying over the fence.

Possible solutions include installing cameras, enforcing bylaws and beautifying the place, but neighbourhood residents say there's a variety of things that need to change.

The city adds that staff is working with local leaders to address under-investment in the area and proactively restore community well-being and vibrancy.

Offering an example, the city said it had worked closely with local organizers, Black farmers and patrons to develop the vibrant Afro/Caribbean market at the site this past summer.

"The market provided a much-needed space for cultural expression and to recognize and honour the innovative ways Black/African and Caribbean community members are continually creating spaces of joy, enterprise and community well-being in and around the area," the city statement read.

But Seddigh said nothing is happening to address the illegal activities.

"What's been happening is close to zero. Nothing is happening. So, I mean, the residents are fed up with this and they're hoping that at some point, the city will start taking action."