A little patch of land in downtown Toronto was nothing more than a ramp descending from the Gardiner Expressway just a few short years ago, but the footprint of this erased auto infrastructure will soon be given back to pedestrians as the city's newest public park.

Known as Love Park, the new public space at York St. and Queens Quay W. has been under construction since mid-2021 when the last remnants of the former elevated spiral ramp were reduced to rubble.

Since then, Waterfront Toronto has surrounded the site in colourful hoarding, obscuring views of progress towards the public space. But a new aerial update is revealing the first major feature in the 8,000 square-metre park's playful design from Claude Cormier Associés in collaboration with gh3*.

Love Park will be the heart of the waterfront – literally! You can see the heart-shaped pond starting to emerge from the construction. pic.twitter.com/rerARWe14k

Love Park's centrepiece will be a sizeable heart-shaped pond, its outline now apparent as crews excavate a trench around the feature. Aligned to point true north, the pond's edge will form a continuous 165 metres of seating, finished in glass mosaic tiles in a range of red tones.

Floating above the centre of the pond, a heart-shaped light will glow surreal pink tones over parkgoers, sure to be an Instagrammable favourite for tourists and locals alike. 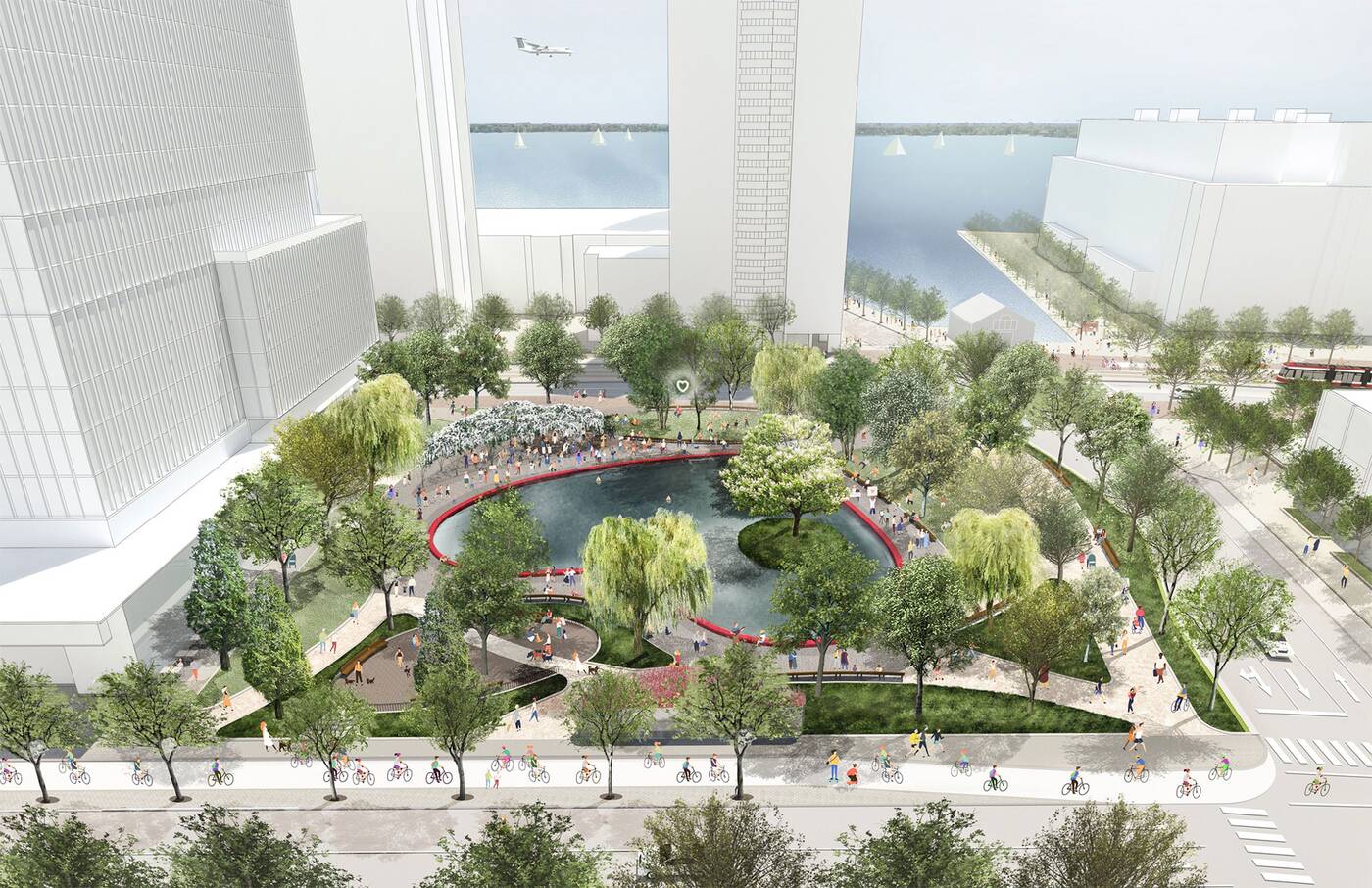 But there's more than a quirky photogenic pond coming to this once-inhospitable pocket of land, the park set to gain 37 new trees on top of the five mature trees being retained, along with a variety of shrubs and other greenery.

In the interim between the ramp's 2017 demolition and the start of the park's construction, the grass-covered patch was a popular spot for dog owners residing in the surrounding condo towers.

When the new park opens, it will include a space for these four-legged residents in the form of an off-leash area at the northeast edge of the park along Harbour Street.

It will feature specially-designed K9 turf, a material capable of resisting odour and bacteria accumulation without irritating paws, that has already shown early success in Aitken Place Park.

Love Park is slated for completion in the fall of 2022.