Toronto is getting a brand new ferry fleet serving the islands

The fleet of four main vessels (the 111-year-old Trillium not included) are still in fairly good working order, however, with ages ranging from 50 years to a century old, they are well beyond their best-before dates, and the diesel-fueled ferries don't quite align with the city's ambitious climate goals.

Toronto is looking to achieve net-zero city-wide greenhouse gas emissions by 2040, and transition 20 per cent of city-owned vehicles to zero emissions by 2025, upping the share to 50 percent by 2030. A previous replacement plan called for diesel-electric vessels, but the city is now focusing on all-electric ships to replace the four gas-guzzlers.

Replacing the four current vessels over a period of 15 years is expected to reduce greenhouse gas emissions by 2,800 tonnes annually, equivalent to taking 600 cars off the road each year. 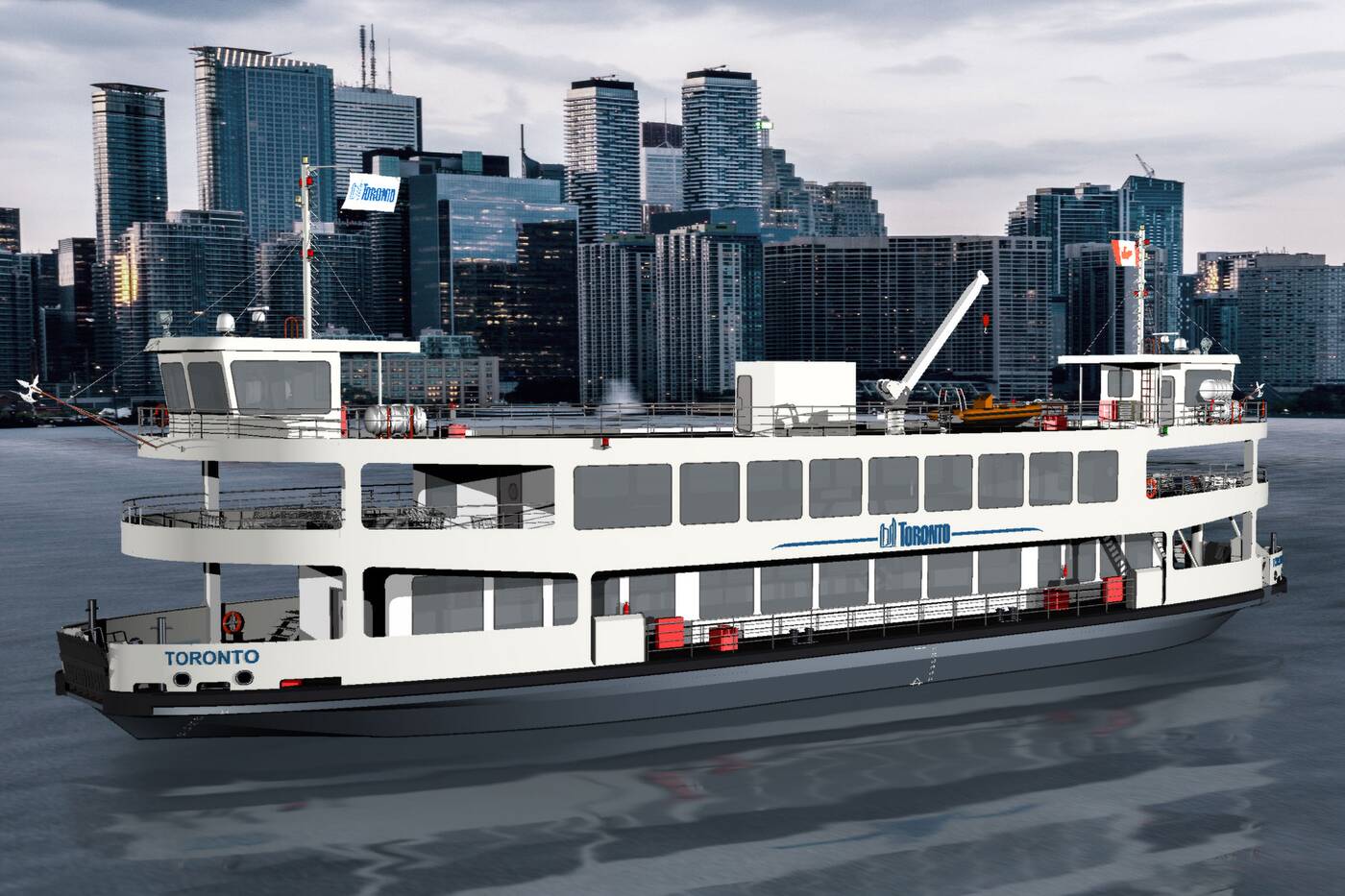 An illustration of the new electric ferry. Image via the City of Toronto.

Manufactured by Quebec-based Concept Naval Experts Maritimes Inc., the new vessels will offer a much cleaner, quieter ride than the current noisy diesel fleet, with increased passenger capacity for the over 1.4 million who travel to and from the Toronto islands each year.

And with a price tag of between $23-25 million per vessel, the new ferries wouldn't come cheap; the combined bill expected to reach as high as $100m plus the additional cost of necessary infrastructure. But that's really just the up-front cost, and annual savings projected at up to $1.1 million would help the new fleet pay itself off within 20 years.

Mayor John Tory states that he supports "the full electrification of our future ferry fleet," praising the move as "the right thing to do for the environment," and pointing out that on top of its obvious environmental benefits, it's a fiscally responsible "investment that will ultimately save the City government money."

The 1910-built sidewheel steamer PS Trillium, one of only two such vessels remaining on the Great Lakes, appears to be spared from this fleet replacement, having most recently undergone a $450K restoration in 2017.