One of Toronto's prettiest pedestrian bridges is getting a big makeover

Among the few connections linking the exclusive Rosedale enclave with St. James Town to the south, the Glen Road Pedestrian Bridge has carried road and later just foot traffic across the Rosedale Valley Ravine for over 130 years.

Officially known as the Morley Callaghan Footbridge since 1992, the bridge — and a connected graffiti-lined tunnel at its south end — has been showing signs of age for years, requiring a significant rehabilitation in 2001 and rushed emergency repairs in 2015.

These patchwork repairs were a band-aid solution, and the city has since been exploring a complete reconstruction of the bridge/tunnel combo to bring the pedestrian link up to modern safety and accessibility standards, with the project now confirmed to begin this spring.

The Glen Road Pedestrian Bridge and tunnel replacement will provide barrier-free access from Rosedale in the north to Bloor Street, St. James Town and Sherbourne subway station to the south.

But this long-term upgrade will come with short-term headaches for pedestrians and cyclists. 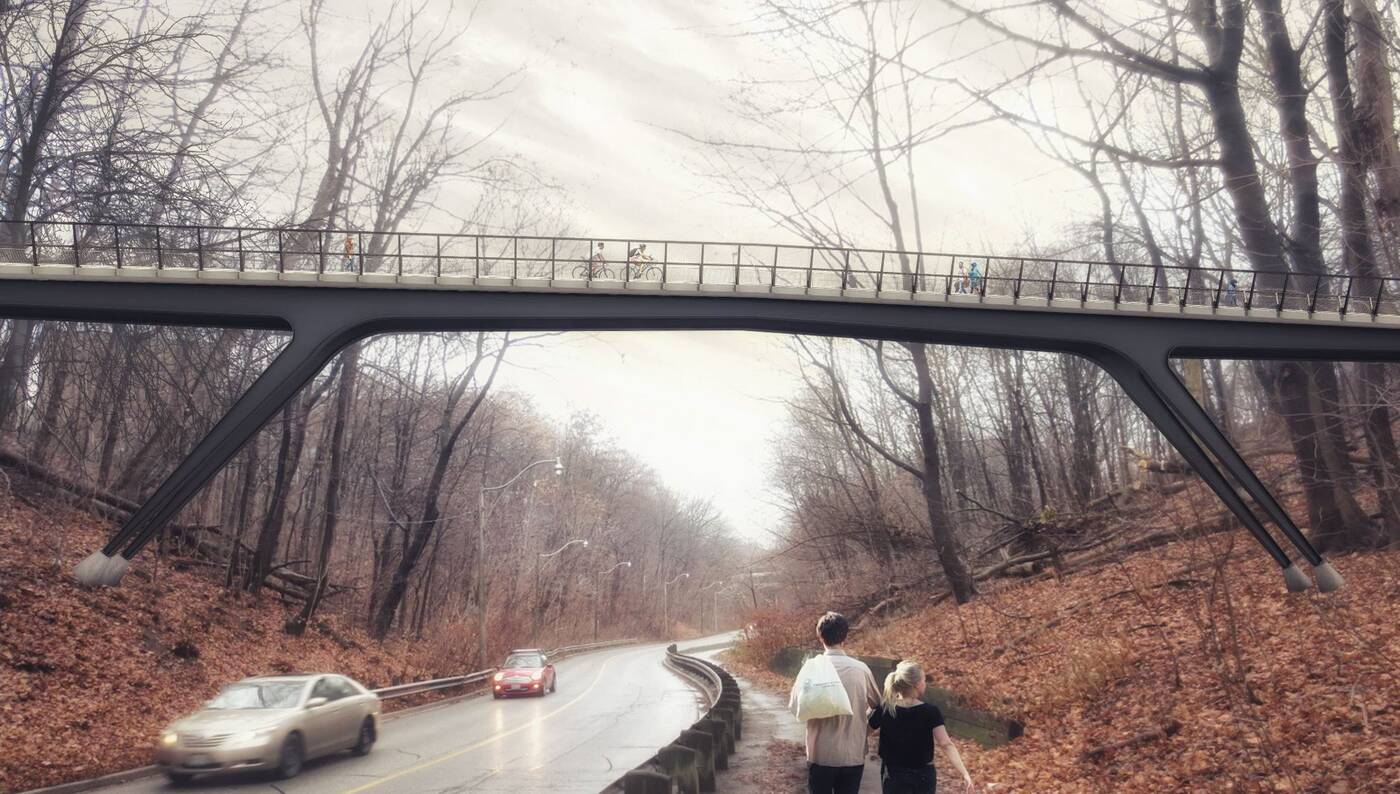 Rendering of the rebuilt bridge from the Rosedale Valley Ravine, courtesy of the City of Toronto.

Construction of the bridge rehabilitation is still a few months away, but preliminary works like traffic control, tree protection and removal, and erosion control will begin before the official start of the project.

Work is expected to take at least two years from the spring 2022 start date, meaning this bridge will be out of commission until 2024, and possibly even longer.

During this time, the contractor selected by the city for the job will tear down the existing bridge, along with the tunnel, retaining walls, access stairs and structural elements, clearing the way for the rebuilding of a modern bridge and tunnel closely following the existing link's design. 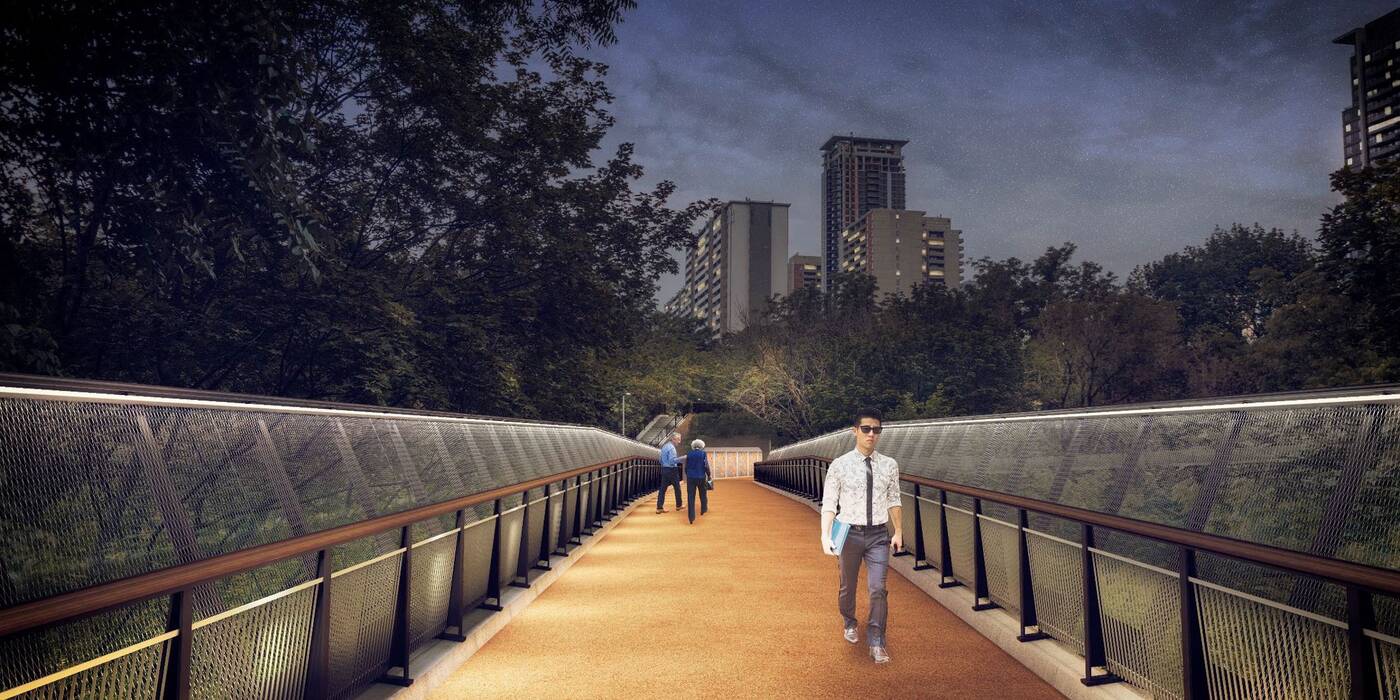 Rendering looking south from the Rosedale side of the Glen Road footbridge replacement, courtesy of the City of Toronto.

One very visible change to the new bridge will be a suicide prevention barrier, similar in function to the famous "Luminous Veil" on the nearby Bloor Viaduct.

The new tunnel will get a widening, its walls to be lined with art, replacing the guerilla art that exists today. The public is also set to gain redesigned public spaces out of the rebuild, with the outdoor spaces bookending the bridge/tunnel to be redesigned. 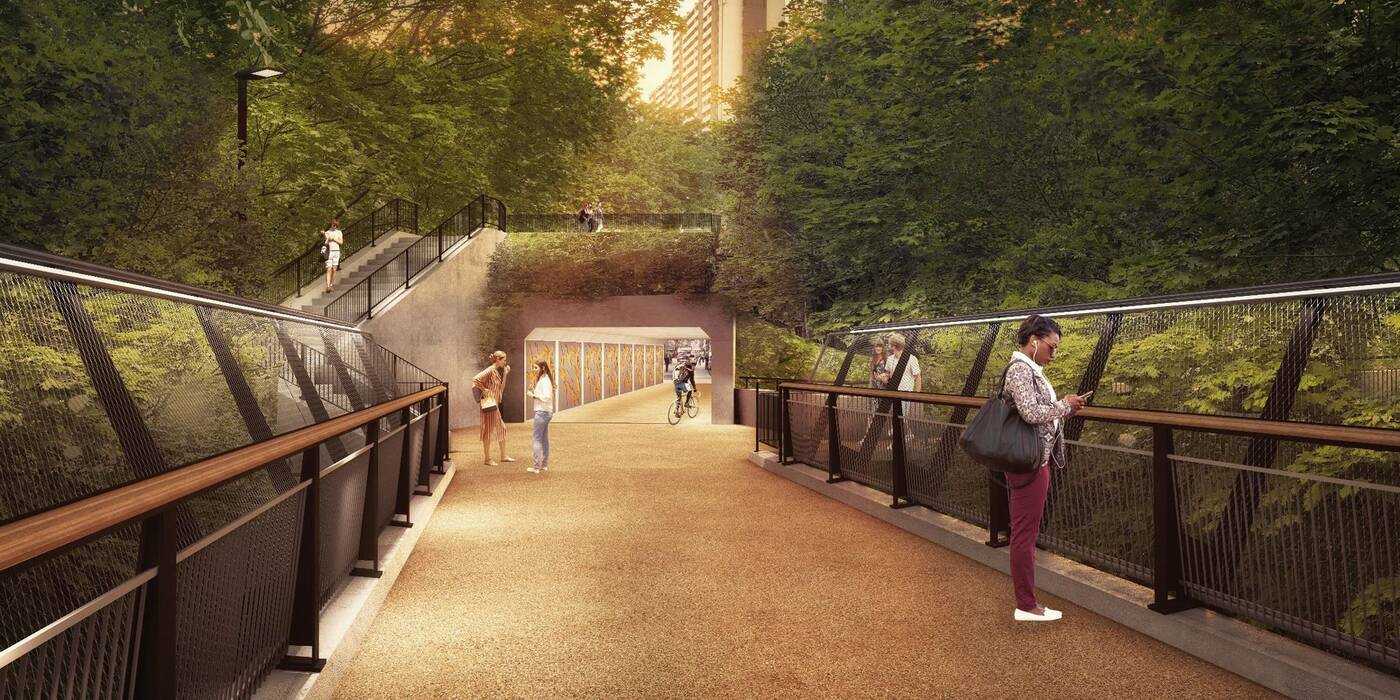 Rendering looking south towards the widened tunnel and rebuilt stairs leading to Bloor Street East, courtesy of the City of Toronto.

Of course, the project will prove controversial among the area's residents, with the city planning to chop down almost 130 trees in the Rosedale Valley ravine to make way for the infrastructure upgrade.

This loss will only be temporary, however, as the city's Urban Forestry Division plans to re-green the site with over 400 new trees and 1,000 new shrubs.