Toronto's Line 2 subway is about to get a whole lot longer, the Scarborough Subway Extension now well under construction with preparations being made to carve out its 7.8-kilometre tunnel.

The $5.5 billion investment — replacing the above-ground Scarborough RT — will be dug out using a massive tunnel boring machine (TBM) that is now arriving at the project's Sheppard Avenue East and McCowan Road launch shaft site.

It's been a long journey for the huge piece of equipment, arriving at the Port of Oshawa in December after crossing the Atlantic Ocean from its manufacturer in Germany. Now, the enormous machine is arriving at the launch site in parts, with the combined 2,000 tonnes of machinery to be fully delivered by the end of January.

Moving this much equipment across an ocean and through a city was no easy feat. The TBM had to be disassembled into parts and shipped in 15 containers, along with 86 larger pieces that couldn't fit within containers.

Crews have been transporting TBM pieces from the Port of Oshawa to the launch site since mid-December, in some cases trucks even carrying oversized loads that required safety vehicle escorts. 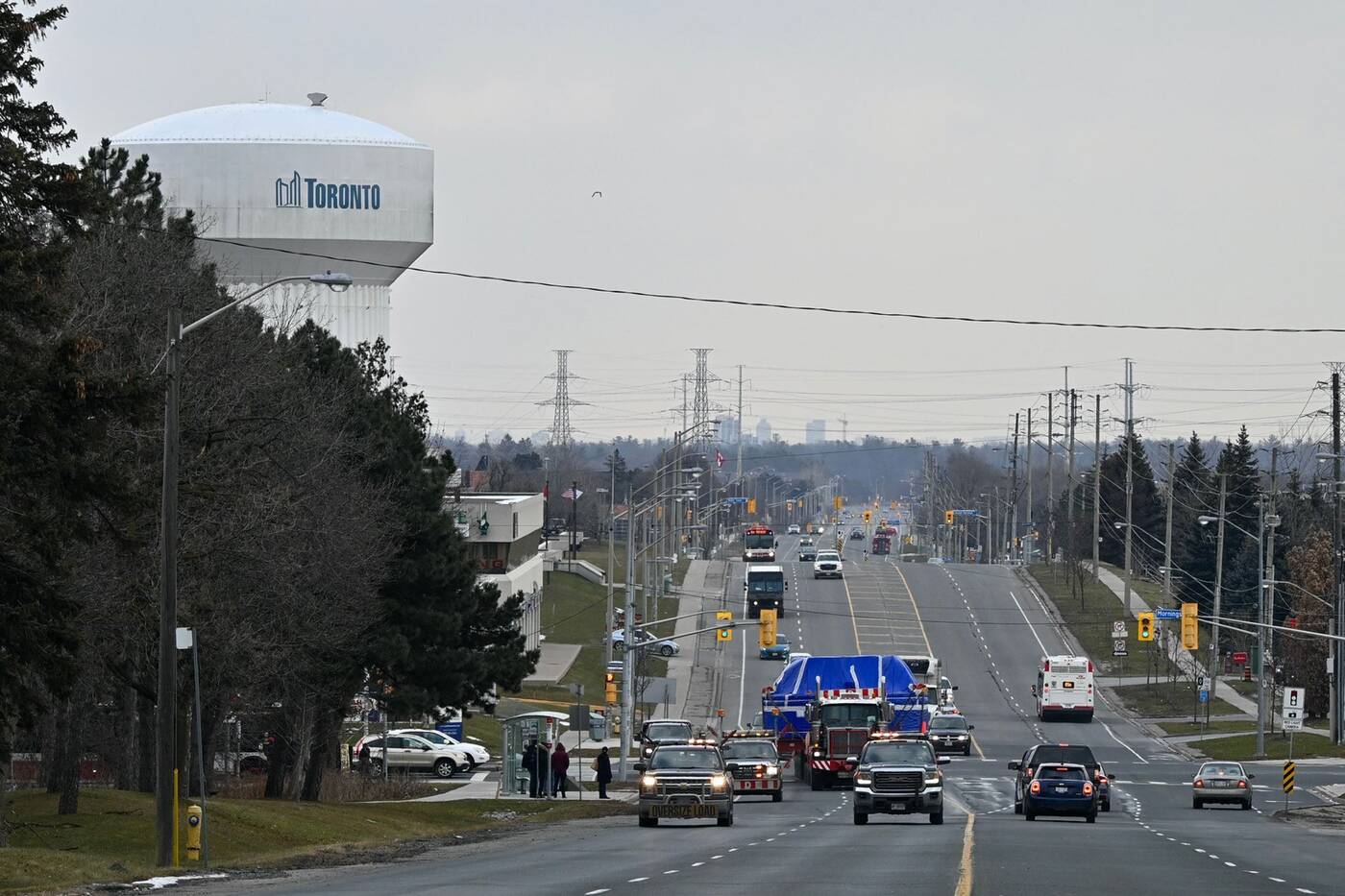 The TBM's main drive was one of the oversized loads that required an escort to the launch shaft site.

Once all parts are delivered to the launch shaft site, the process of assembling the TBM will begin in preparation for the start of its journey deep below the streets of Scarborough.

Heavy-duty crawler cranes have been set up at the site, with lifting capacities of almost 600 tonnes, or approximately the same weight as a full-size, 12-car GO train. They will unload heavy TBM parts onto special concrete pads built to support the machine's immense weight, each capable of bearing a 1,800-tonne load. 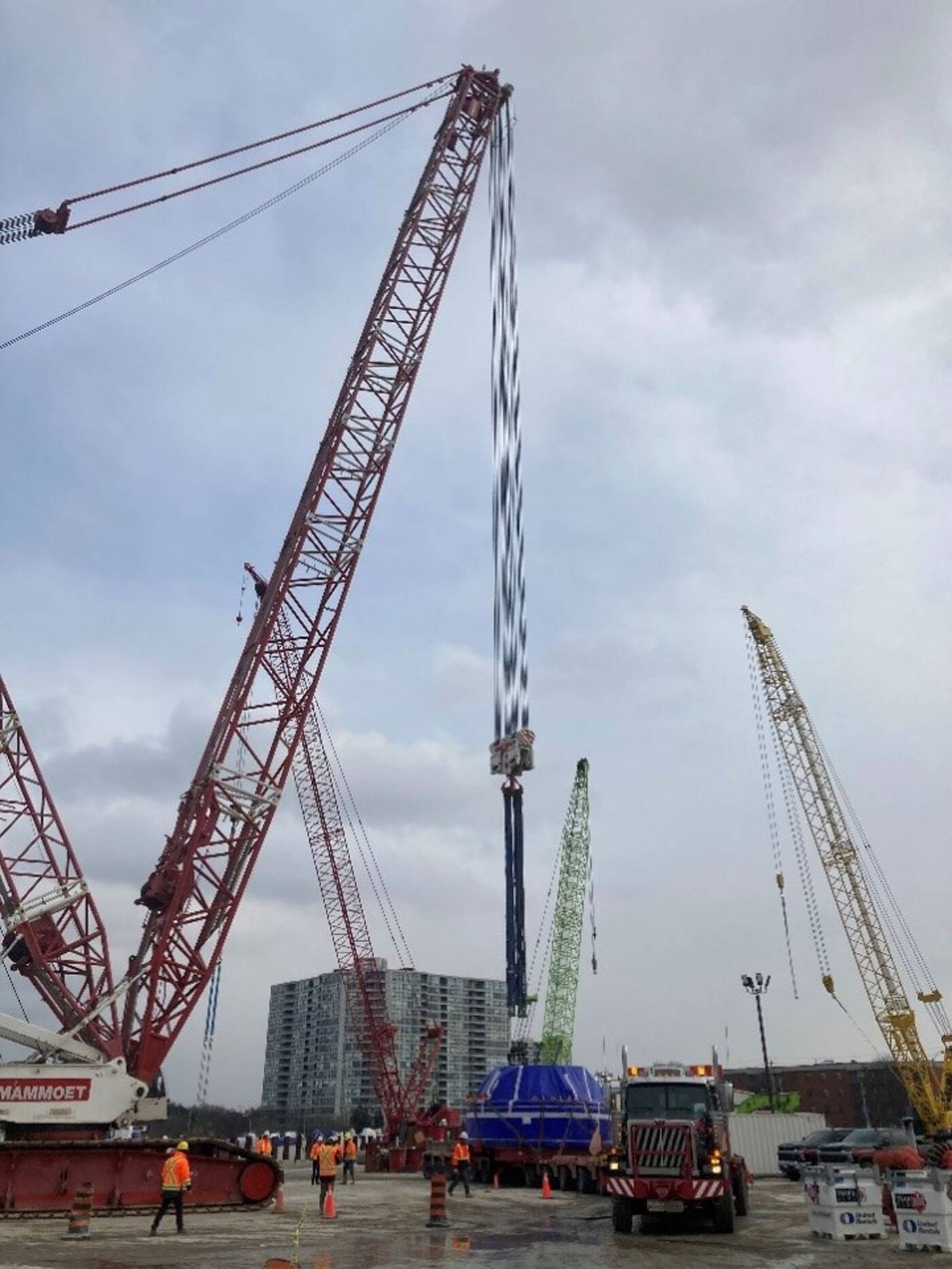 One of the crawler cranes unloading the TBM's main drive at the launch shaft site.

From there, parts will be welded into place, and the TBM will then begin tearing into the earth to carve a 10.7-metre diameter tunnel, the largest in Toronto transit history.

Right now, it's just being referred to as "the TBM," but like the machines that forged paths for LRT vehicles under Eglinton Avenue, this tunnelling titan will soon get an official moniker.

Last year, Metrolinx launched a naming contest for the TBM, garnering over 200 community submissions that were later narrowed to a shortlist of five. Voting wrapped up at the end of December, and the winning name will be revealed soon.