It may not be the biggest or busiest mall in Toronto, but Empress Walk in the North York Centre area has an acrophobia-inducing escalator that has some visitors opting for the nearest stairs or elevator instead.

But is this terrifying ride one for the record books, or is its fabled status as the longest freestanding escalator (supported only at its ends) in North America just a myth?

Completed back in 2000 at the corner of Yonge and Empress, the Empress Walk complex is home to a pair of condo towers atop a four-storey retail complex with three levels of shopping, cinemas above, and a concourse with a grocery store below. 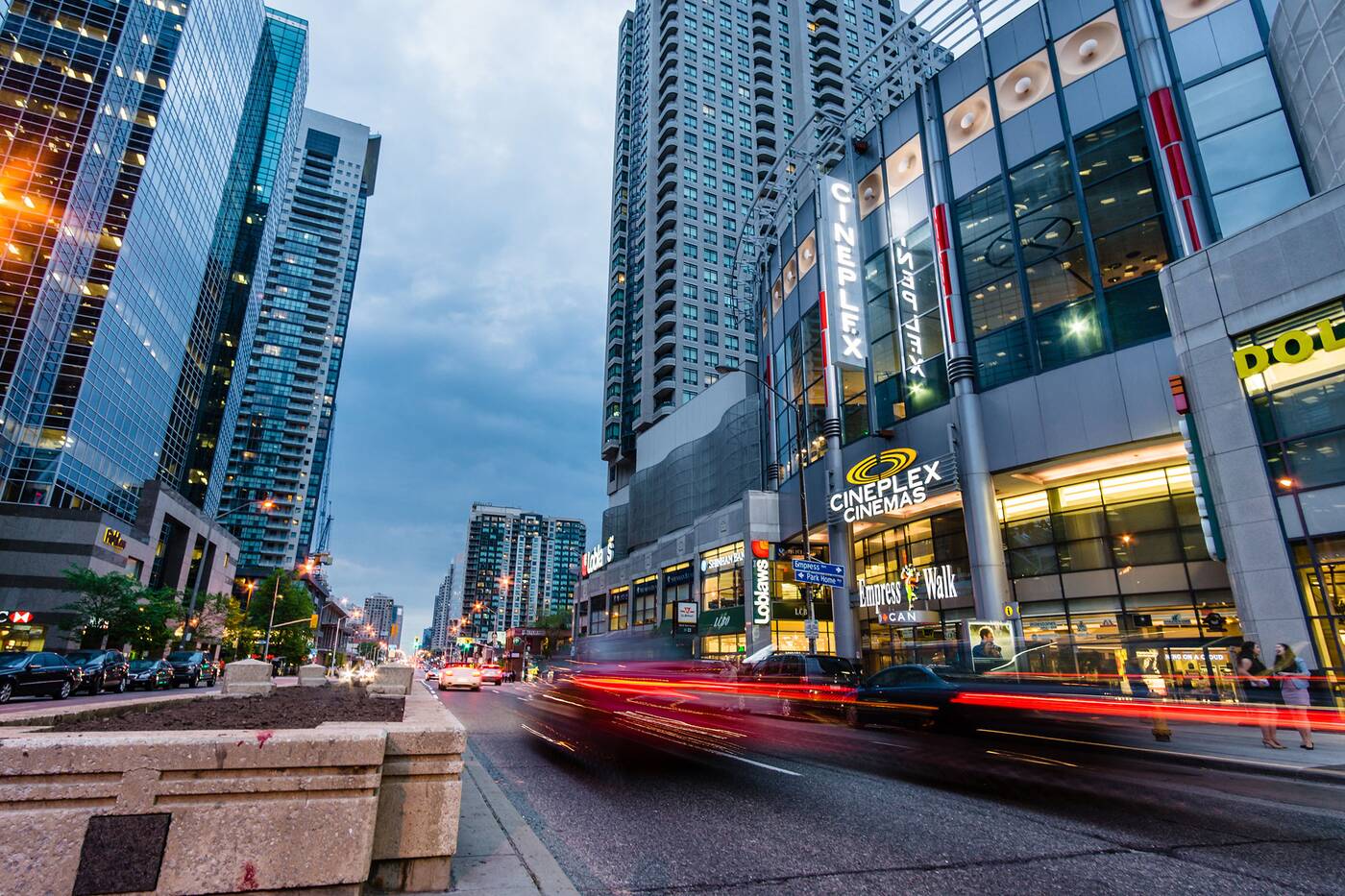 Spanning these five levels above and below ground, a soaring atrium is crisscrossed by a trio of escalator banks connecting the various floors. The longest of these connects the ground floor with the ten-screen Cineplex theatre on the top level, and this is no normal escalator. 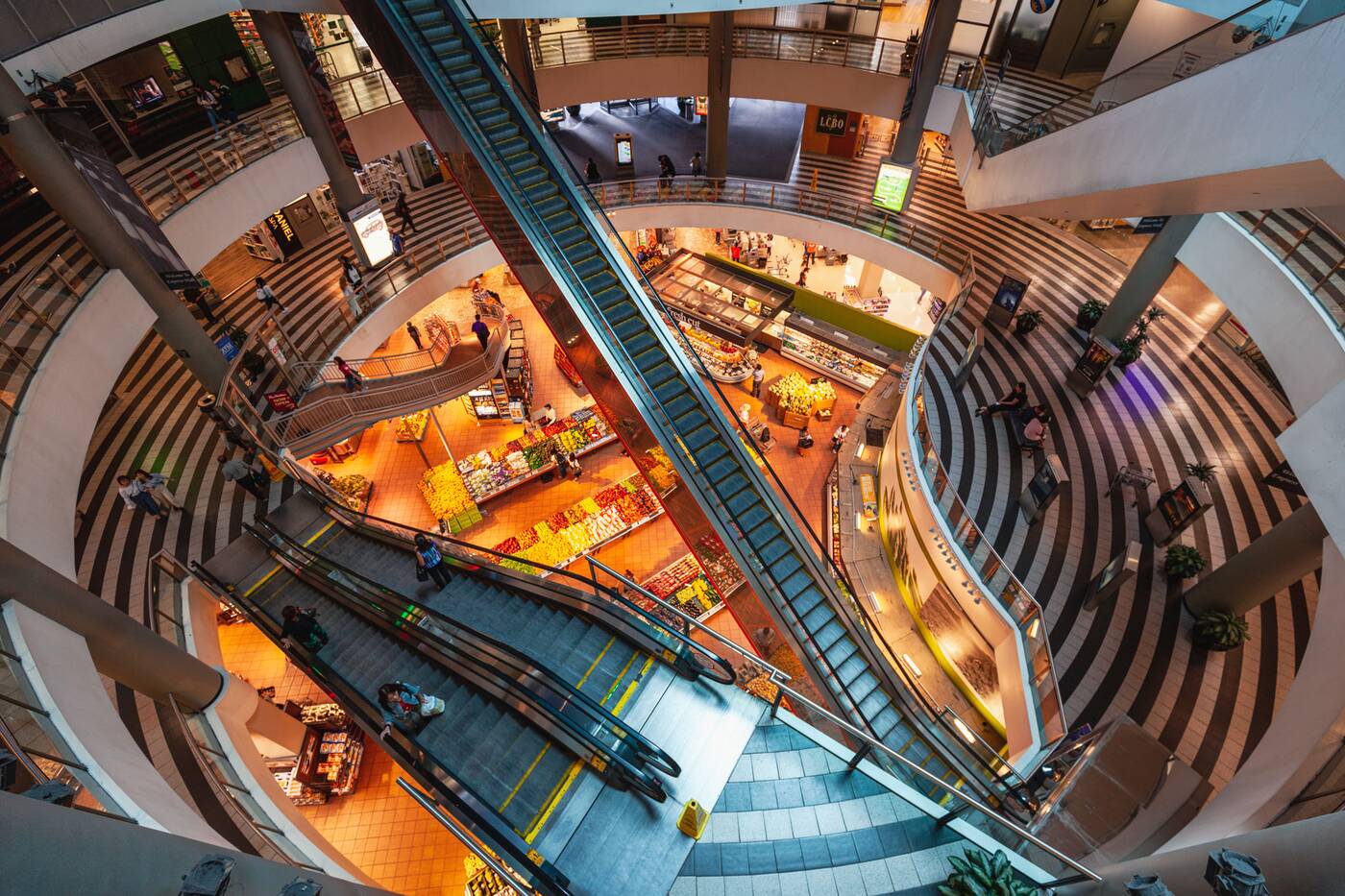 Not only does the elevator carry passengers two full levels, but the addition of the open concourse below combined with the escalator's slender, single lane, can make for a pretty uncomfortable experience for the faint of heart.

Toronto loves having the biggest and best things, the city and surrounding region earning its way into the record books for things like the longest enclosed pedestrian bridge, longest kickline, along with various other attempts along the way. But it seems we may have fallen short in the escalator department.

Various sources, including the structural engineers behind the complex, state that the mall's central atrium contains the longest spanning escalator in North America, but it hasn't proved easy to determine whether these claims are spurious or genuine. 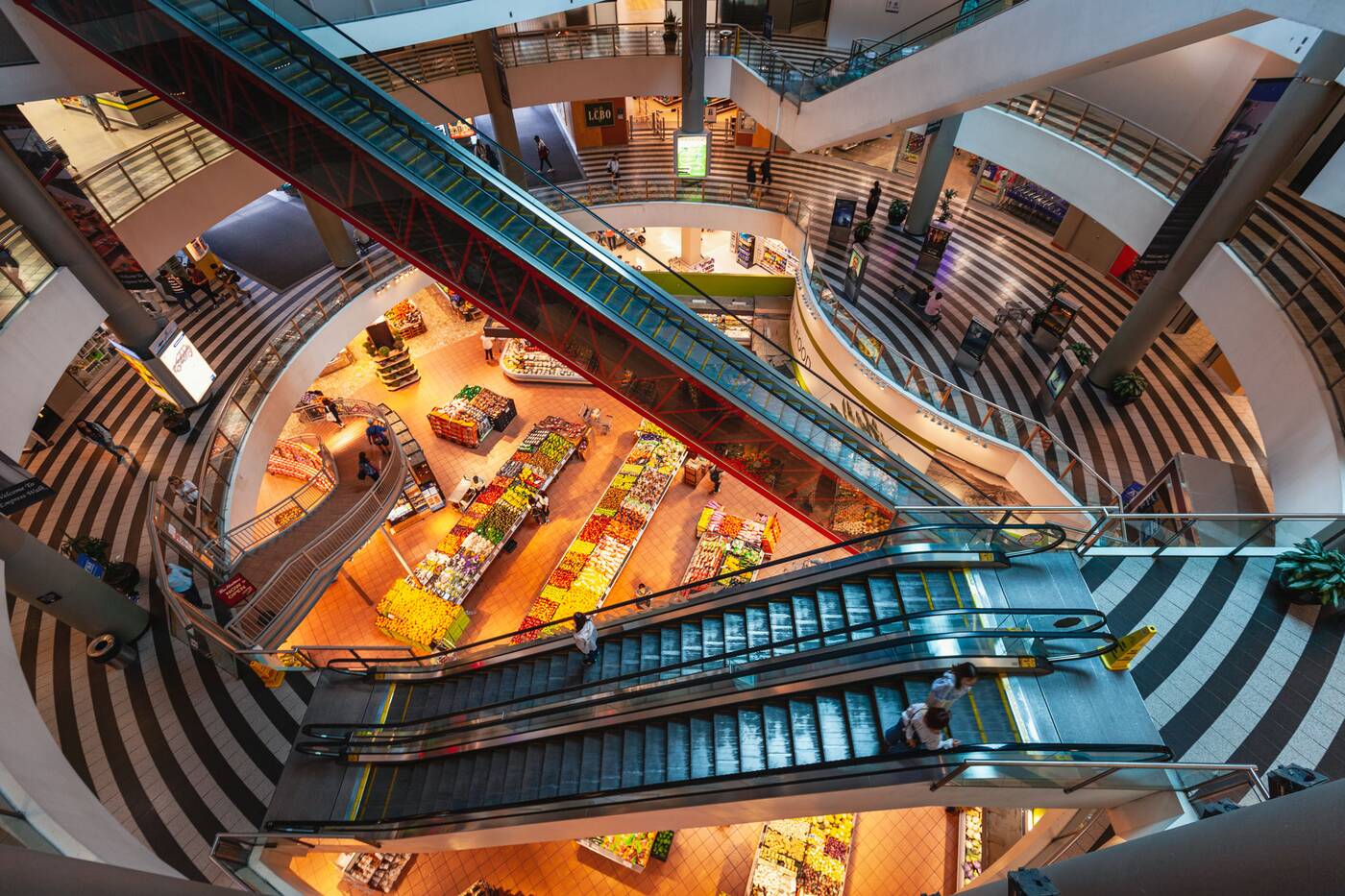 The escalator features plexiglass sides that allow views of the inner workings. Photo by Jack Landau.

Scott says that "hard copy drawings would be the only resource" the firm could provide, but these would be filed away in a hard-to-access off-site archive.

The Guinness Book of World Records awards the title of the longest freestanding escalator in the entire world to the CNN building atrium in Atlanta, which spans an impressive 60 metres from end to end.

Unless that was a typo and they meant the lost continent Atlantis, that would bump Empress Walk's atrium escalator down to second place for longest in North America.

And you don't need blueprints or a laser measuring tool to see through the claims that our escalator is longer. Atlanta's mega-escalator is loooooong. It rises eight storeys and takes over two minutes for passengers to ascend.

So put your measuring tape away, because this one is debunked.