Dog owners in Toronto's Riverside neighbourhood should be extra vigilant after a suspicious man was spotted spraying an unknown substance into a public water bowl in the dog-friendly community this weekend.

The incident occurred just after 12:30 p.m. on Saturday, Oct. 30, in front of the Spiritleaf Cannabis Riverside location at 781 Queen St. E.

Captured on security cameras, a man approached the dispensary in a black and white hooded coat, carrying a neon green bindle and a red backpack, appearing to double-take as he passes the store.

Moments later, the man reappears on camera, opening up a container and clearly spraying an unknown substance in the public water bowl left out for passing neighbourhood dogs.

Luckily, a woman walking her dog past the store only seconds after the substance was sprayed guided her pet away from the contaminated water after a witness to the incident warned her of the potential danger.

The video ends when the same witness alerts store staff, who promptly removed the water dish before any unsuspecting dogs could drink from the tainted bowl. 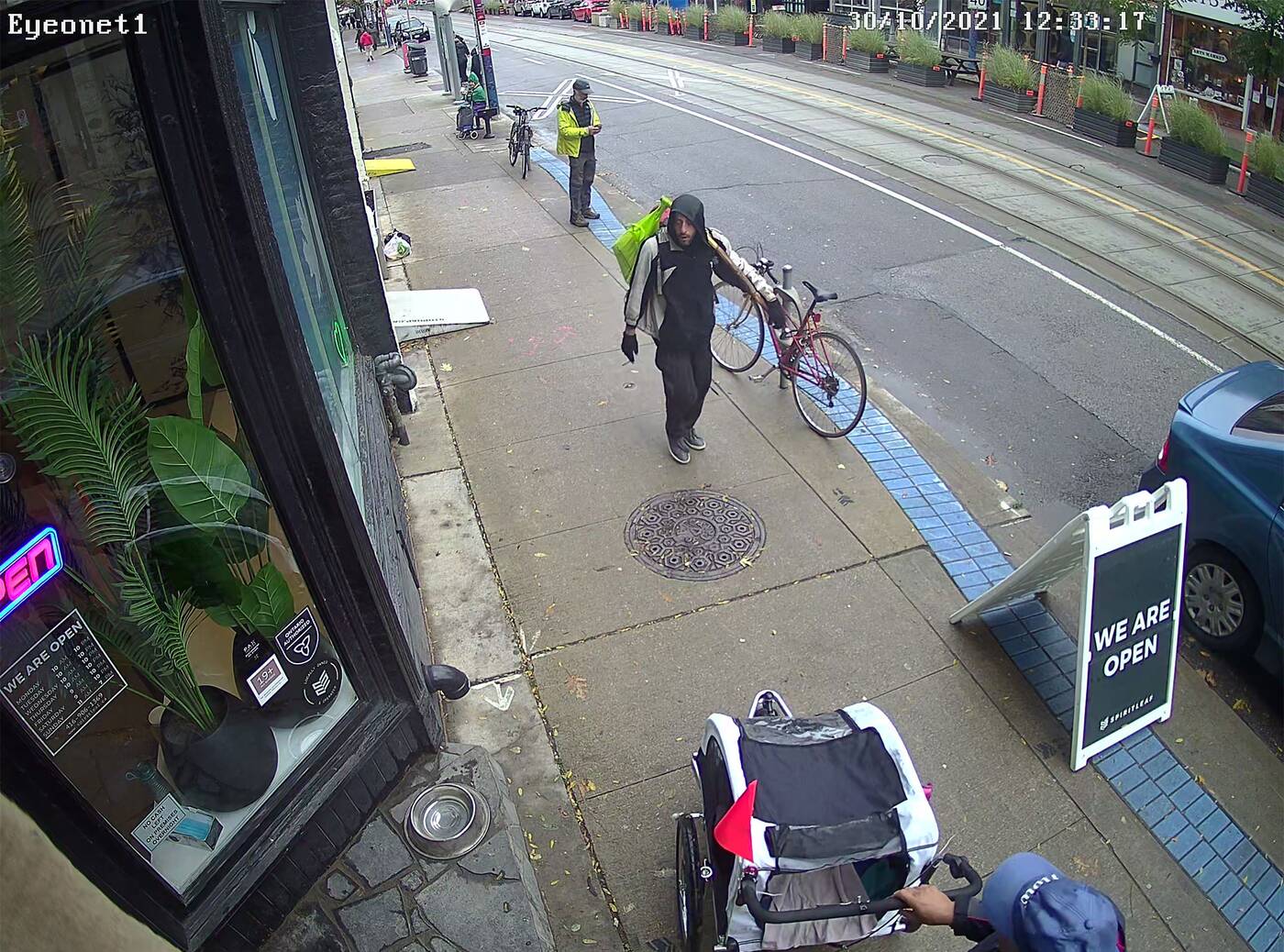 Michael Catalfamo, Manager at Spiritleaf Riverside, was the one who phoned in the incident to Toronto Police.

When asked about what could have been sprayed into the bowl, Catalfamo tells blogTO that the water was dumped out, the dish was taken inside, and police arrived on the scene within two hours.

"I don't think the police actually investigated what was in the dish. And we didn't smell anything in it," says Catalfamo. When asked if the person caught on camera was known in the area, Catalfamo noted that "nobody at the store recognized him."

"It's extremely troubling for us to see an incident like this occur because dogs are such an important part of our community, Catalfamo says.

"Even as a cannabis retail store, a lot of our customers are dog owners and they're welcome in the space. we provide treats and water for them. So this is quite concerning."

Toronto Police have confirmed the incident to blogTO, saying that the matter "is currently being investigated by 55 Division."