The proposed Highway 413 north of Toronto, coming with big promises to reduce gridlock, could make traffic woes worse — not better.

Highway 413 was put forward, along with the proposed Bradford Bypass, as a way to ease congestion for drivers heading in and out of Toronto.

The Ford government recently firmed up plans in its 2021 Fall Statement to get the highway built. The preferred route for Highway 413 would connect from Highway 407, west of Winston Churchill Boulevard, then north to Vaughan.

Proponents of the highway say it would help reduce gridlock because the Greater Golden Horseshoe is one of the fastest-growing regions in North America, and is expected to attract one million new people every five years, reaching nearly 15 million by 2051.

Critics worry that the project will increase local greenhouse gas emissions and threatwn some 39 hectares of wildlife habitat.

The province says by 2031, more than 300,000 trips would be taken on the highway every day, and someone travelling the full length of the new Highway 413 route would save 30 minutes compared to the time it would take via Highways 401 and 400. 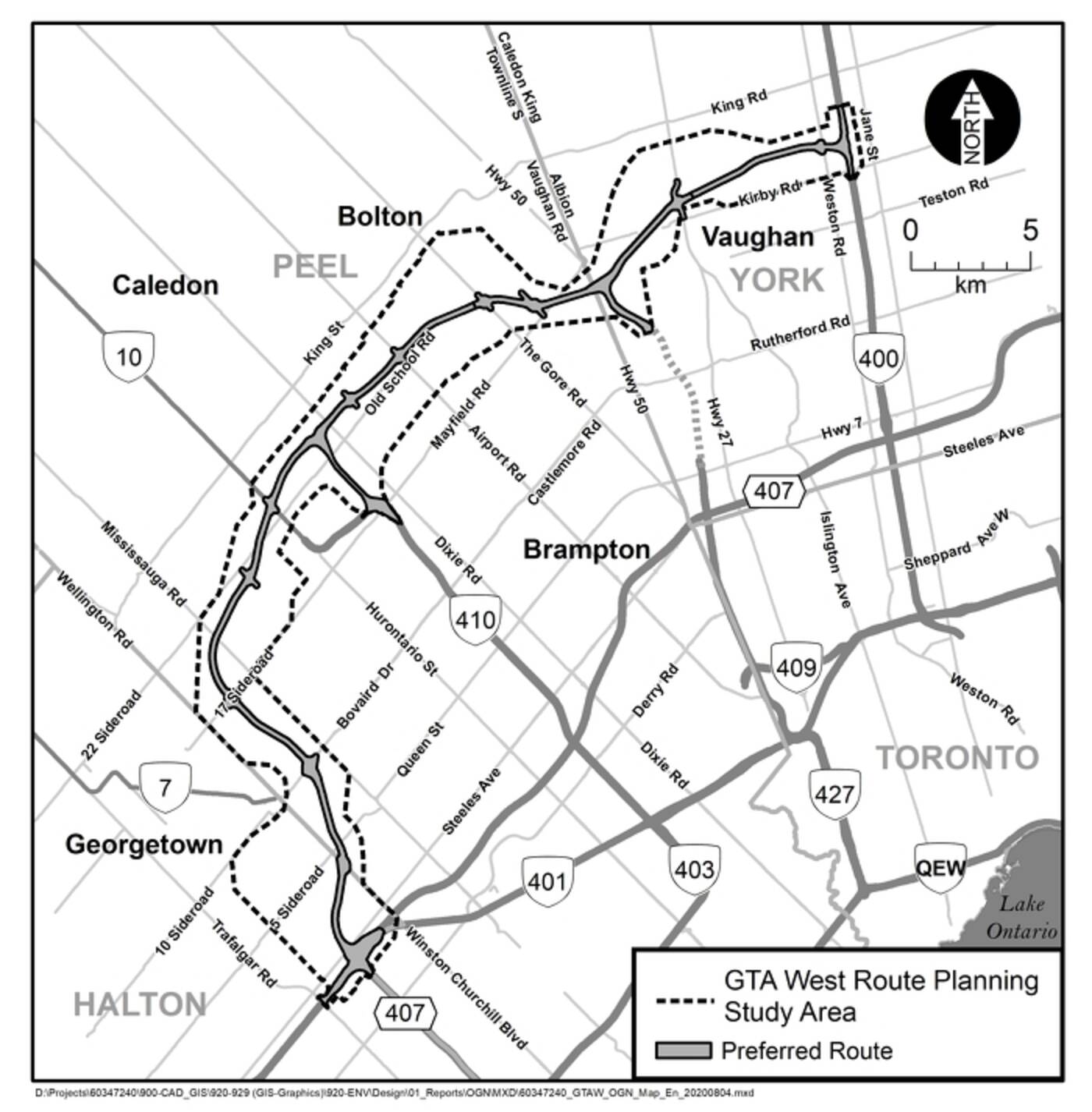 The province released this map in 2020 showing the prefered route of Highway 413.

But the government is hazy on the details and the Toronto Star suggests that, by government's own estimates, the new roadway would hardly be congestion-free. By 2041, at its busiest times, the 413 would have an average travel speed of 55 km/h.

Numerous studies have revealed a phenomenon known as "induced demand," according to Bloomberg City Lab.

Induced demand dates back to the 1960s and refers to the "idea that increasing roadway capacity encourages more people to drive, thus failing to improve congestion."

A recent example saw the expansion of the Katy Freeway in Houston, Texas, which is 26 lanes at its widest point, resulting in worse congestion. Travel times increased by 30 per cent during the morning commute and 55 per cent during the evening commute between 2011 and 2014, according to an analysis by Joe Cortright of City Observatory.

Victor Doyle, a former provincial planner, told the Narwhal that it is impossible to build enough highways to accommodate the demand for the next 30 years.

"Thinking that these two little fragments of highway are going to solve our congestion problems in a rapidly growing city region of 10 million people is just a joke," said Doyle.