A Toronto GO train passenger in his 50s is lucky to be alive today thanks to the quick actions of a Metrolinx employee just over one month ago.

GO train Customer Service Ambassador Keri Merrimen was alerted to potential trouble from her post in an accessibility coach just as her train was preparing to depart Union Station in the midst of rush hour.

Metrolinx spokesperson Nitish Bissonauth tells blogTO, "the incident happened on Thursday, Oct. 21 just before 5 p.m. The train had just closed its doors and was about to leave Union Station heading westbound before the emergency alarm went off."

Swinging into action, an adrenaline-fueled Merrimen grabbed one of the automated external defibrillators (AED) kept in GO vehicles for this exact reason, rushing four coaches over to find a man unconscious and in apparent cardiac arrest. A witness reported that the man was seen stumbling and clutching his chest before falling.

"In that initial first moment when you realize that you're about to tend to a real emergency, you take a deep breath and then in an instant, it registers, and your training kicks in," Merrimen told Metrolinx. 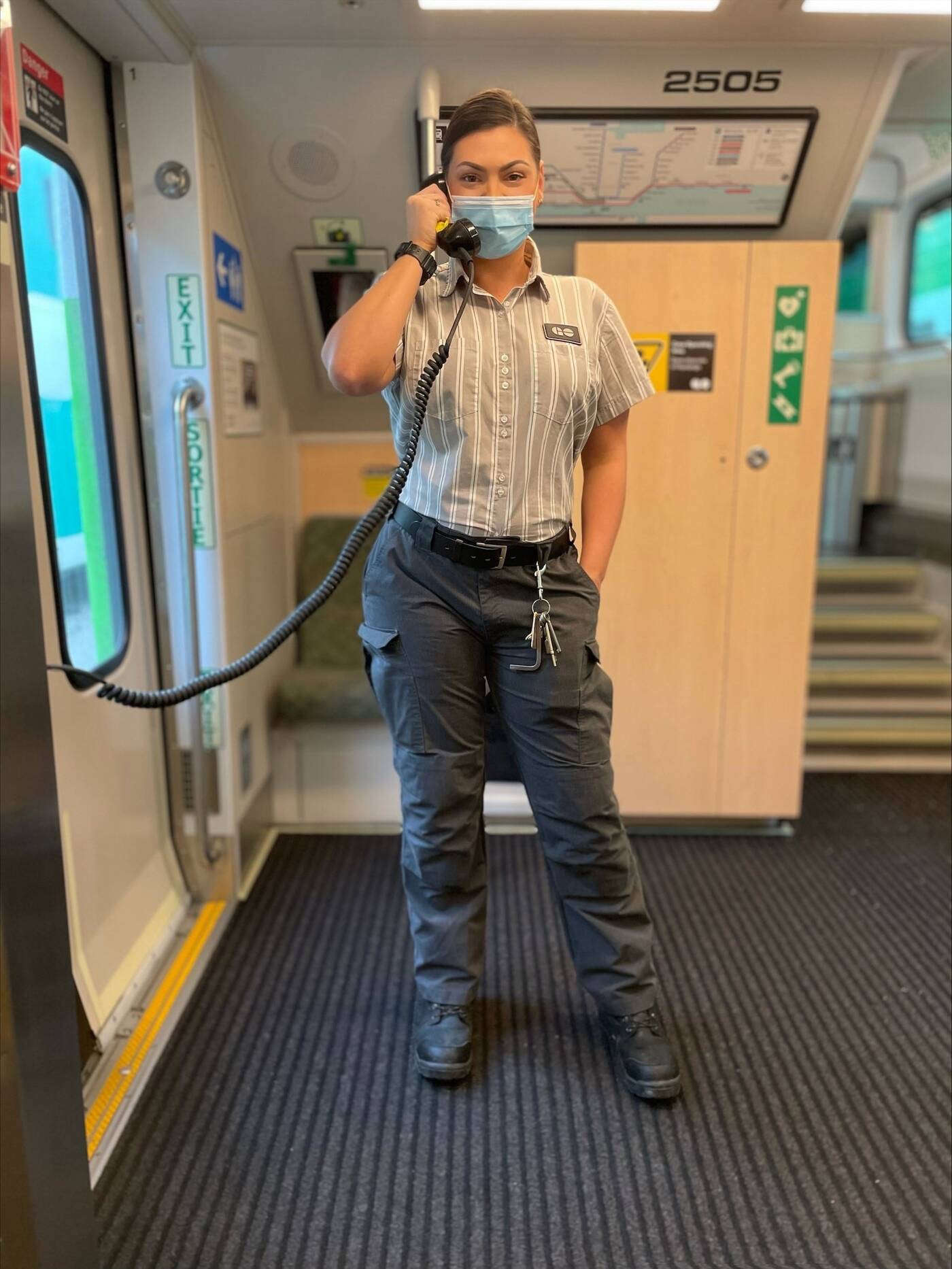 Kerri Merrimen's quick reaction time prevented what could have been a tragedy at Union Station in October. Photo by Keri Merrimen via Metrolinx.

"I remembered exactly how the defibrillator was to be applied, how to do the compressions — it all ran through my mind like I was on autopilot," says Merrimen, recalling her CPR training. "I remember thinking to myself, 'Not this time, he isn't going to die, this man is going to live.'"

After a combination of chest compressions and shocks from the AED, Merrimen saw signs of life in the man, his eyes briefly opening and a pulse returning before emergency responders arrived to take over.

When the man regained consciousness, EMS crews asked if he knew where he was, the man replying, "I'm on a GO train supposed to be going to Aldershot, but I guess that's not happening."

The relief combined with the brief flicker of humour brought a mix of tears and laughter to Merrimen, who has been through a similar experience before.

Merrimen was on the scene of a 2019 incident — also at Union Station — that didn't end so happily, that passenger dying of a heart attack.

Bissonauth tells blogTO that it always remind customers, "if you see something, say something."

"In this case, they did something, and we're truly grateful for the help they provided before Keri arrived," says Bissonauth. "This was a tremendous team effort and a reminder of how important knowing CPR can be — you just never know when or where you'll need to use it."