Whistleblower Frances Haugen has confirmed in recent weeks what any avid Facebook and Instagram user already well knew: that the platforms are detrimental to the mental health of their members, and, worse, that the tech giant is aware of this fact but has done nothing to make its online ecosystems better places to be.

Granted, we choose to continue to use the apps, which have been rendered pretty damn necessary for both business and social purposes, but though Zuckerberg isn't holding a gun to our heads, our social feeds are deliberately designed to be addictive and have proven to be harmful.

And despite how helpful they can be in so many ways — providing grounds for connection, discovery, inspiration and more — they can also be an absolute hellscape, and it seems that most Canadians agree.

Facebook was definitely affecting my mental health, I could not stay away from the toxic content and tried really hard. I finally got away the day it was offline for 6 hours and realized how bad it was. Now I am on Twitter and feel completely different!

A new survey released by Leger on Wednesday (well-timed given Haugen's bombshell revelations, and also Facebook and Instagram's unrelated blackout last week) reveals Canadians' and Americans' perceptions of the platforms — and they generally aren't positive.

It's been a little over a year since I've completely deleted my Facebook account. I've since improved my mental health, have less exposure to constant bad news, and more free time. Highly recommend. https://t.co/WEYoS3AWs1

And, overall, more Canadians and Americans felt that Facebook had a negative impact on their lives than a positive one, though the majority (46 per cent of Canadians, 49 per cent of Americans) somehow feel it has no impact.

Most also think that Haugen's claims are true — 64 per cent of Canadians and 59 per cent of Americans — while approximately a quarter had not heard about the news and so could not speculate. 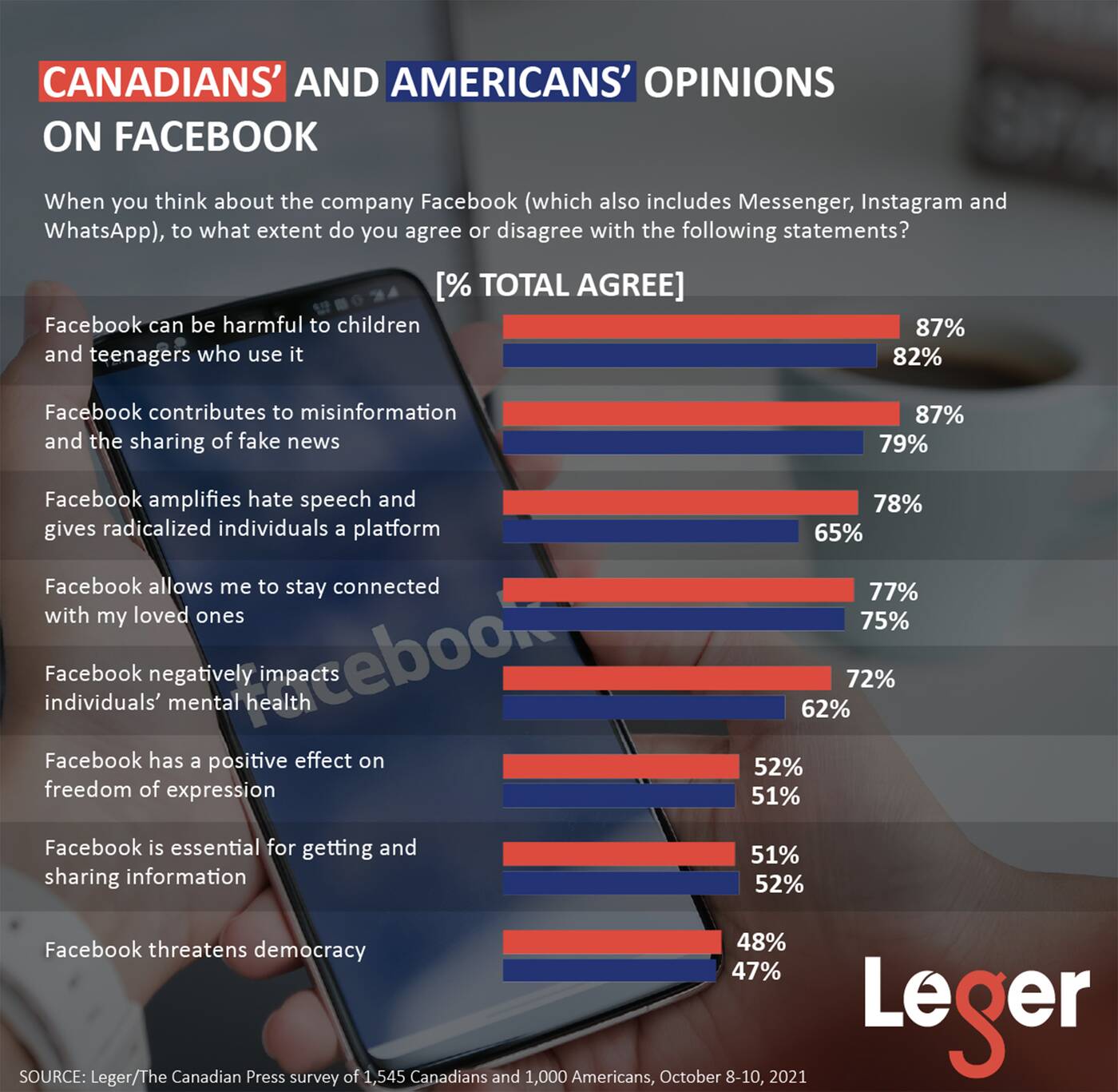 Sadly, despite these admissions and this knowledge, it's doubtful many of us will be removing ourselves from Zuck's apps anytime soon, though a deliberate reduction in screen time is a healthy and realistic goal.