How the iconic Toronto sign evolved to reflect Indigenous roots

It was only supposed to be temporary, but the 3D "TORONTO" sign at Nathan Phillips Square has persevered to become one of the city's most Instagrammable landmarks and a colourful complement to City Hall.

The Toronto sign of today is a far cry from the temporary sign installed in July 2015 for the Toronto 2015 Pan American/Parapan American Games. It's actually a different sign entirely. 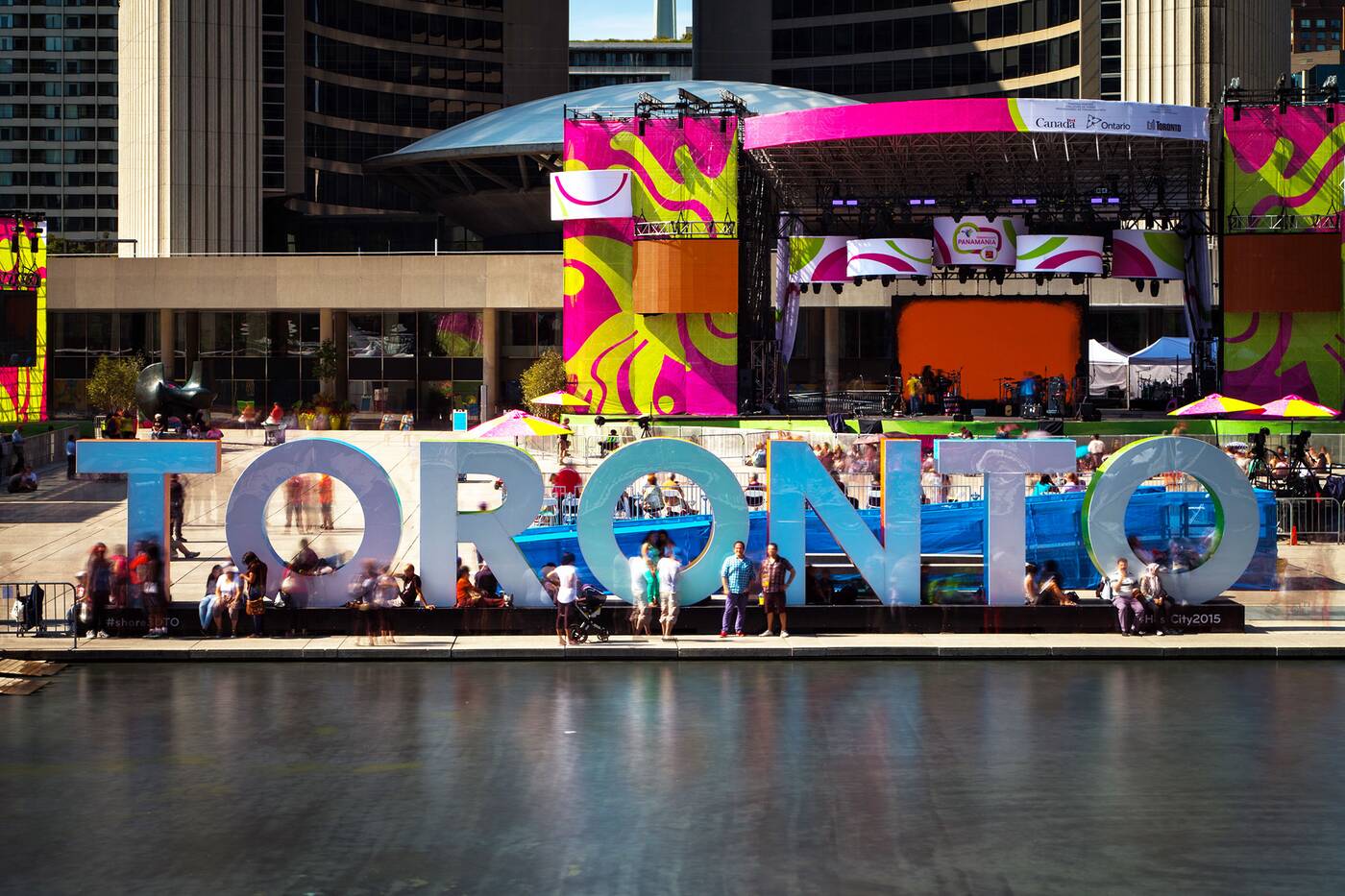 The original sign was installed for a "celebration square" during the 2015 Pan American games. Photo by Jack Landau.

The original was never meant to last, initially intended to be removed immediately after the conclusion of the games. But nobody could have anticipated its overwhelming popularity, and the illuminated sign was left in place by popular demand.

Designed to be temporary, the sign required multiple refurbishments before the decision was made to introduce a new replica sign, finally installed at Nathan Phillips Square in September 2020, over five years after the temporary sign was revealed.

Standing ten feet tall and 74 feet across, the new LED-powered sign is much more resistant to climbing selfie-takers and the extreme weather that defines Toronto winters and summers.

Aside from its durable construction, the updated Toronto sign includes rebuilt visual updates that were added to the temporary sign in the years since the Pan Am Games. 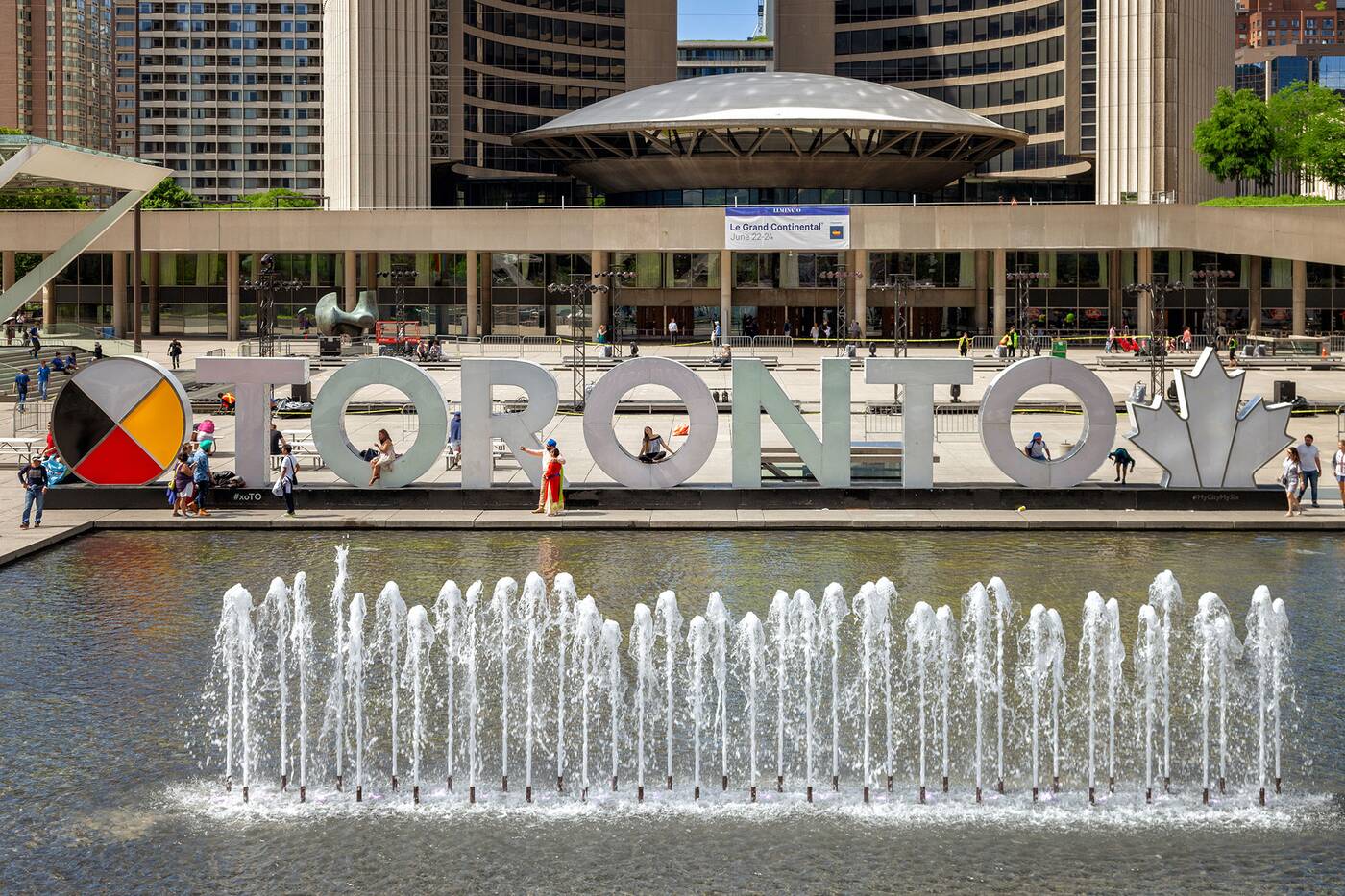 Medicine Wheel and maple leaf symbols flanked the original sign before the entire installation was replaced with a more durable replica in 2020. Photo by Jack Landau.

These include a 3D maple leaf structure added at the end of "TORONTO" in 2017 to mark Canada's 150th birthday and the Medicine Wheel introduced in June 2018 in front of the "T" to honour Indigenous culture and recognize National Indigenous Peoples Day. 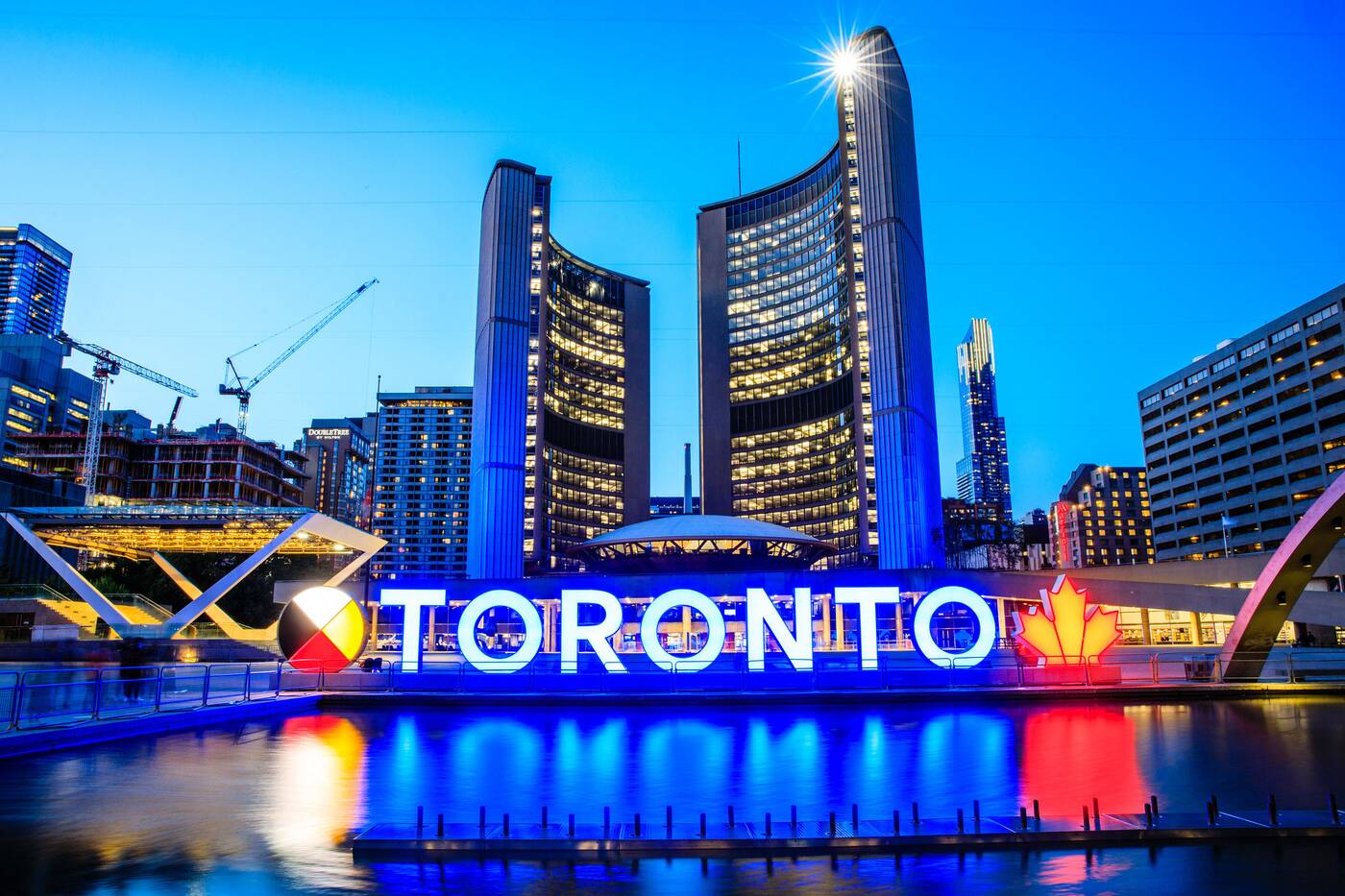 The rebuilt sign includes more durable lettering, as well as a new wheel and maple leaf. Photo by Clement Lo.

This distinctive addition to the sign was chosen with the guidance of the Toronto Council Fire Native Cultural Centre, bringing Indigenous symbolism to the famous landmark and inviting discussion about Indigenous tradition.

The wrap was replaced by a new design later in 2018, but the Medicine Wheel remains to this day.