They're cute, they're funny, they're famously clever — heck, they're the unofficial mascots of our city — but Toronto raccoons do not respect boundaries. Especially when it comes to food.

Whether they've foiled your raccoon-proof green bin at some point, snuck into your house to eat all of the bread, dropped down from the ceiling of your local coffee shop to snag some donuts or any other number of things that have actually happened in Toronto, almost everyone in the city has some kind of "a raccoon stole my food" story.

"It was a Bachelorette party in the Beaches," the Toronto resident told blogTO of her memorable wildlife encounter. "It was a super campy themed party with penis-shaped everything. There was a penis shaped pinata and bat, and it was filled with penis shaped lolly pops, suckers and gummies."

Kelly says that almost immediately after the penis pinata broke open, some uninvited guests arrived to "help" the ladies collect all their candy off the ground. 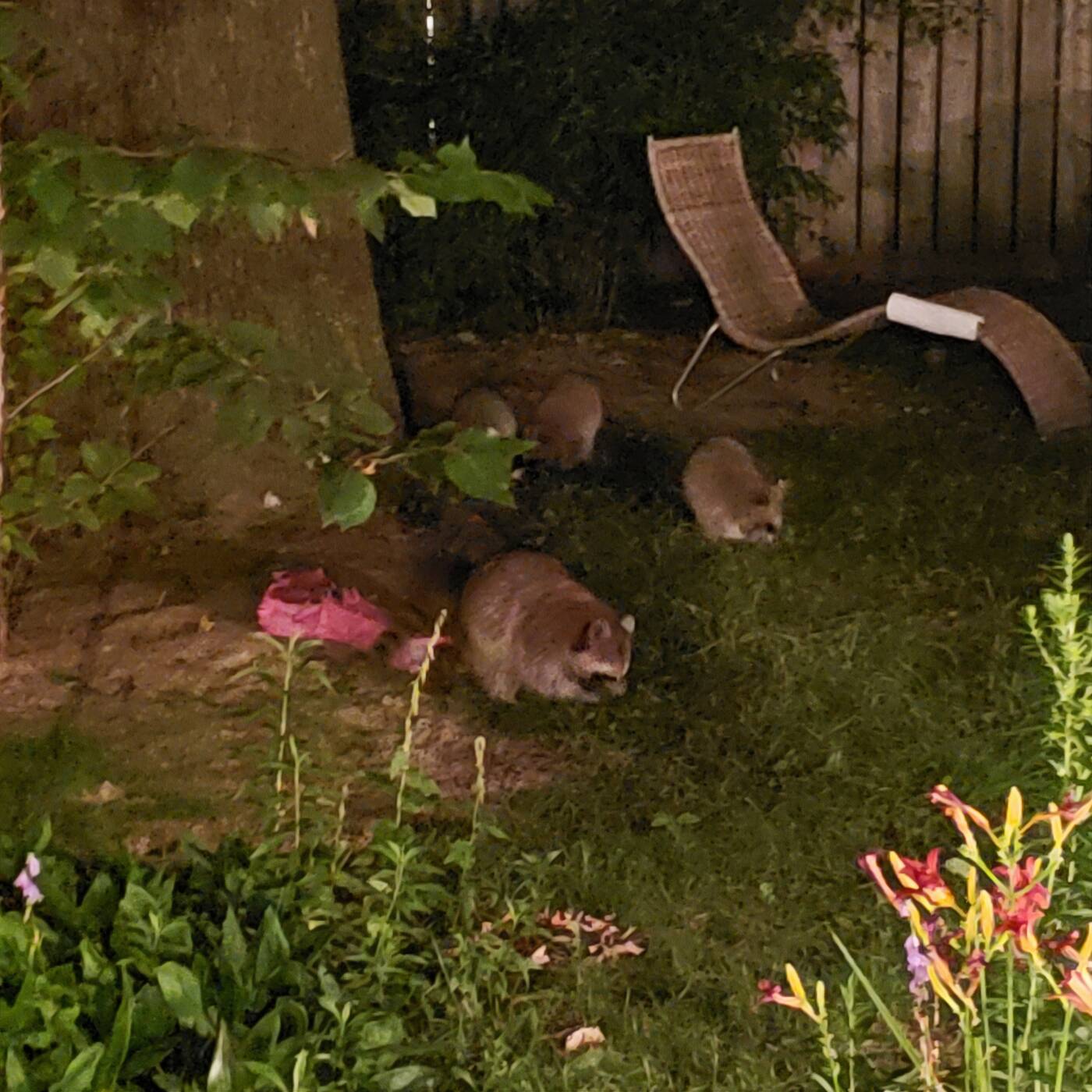 A family of chonky raccoons showed up to the contents of a penis-shaped pinata at a bachelorette party in Toronto. Photo via Kelly, whose last name is withheld for privacy reasons.

"We hadn't picked up even half the candy yet," says Kelly, when "four big fat raccoons showed up."

Plump and shameless, as most Toronto raccoons are, the animals proceeded to consume as much candy as they could get their remarkably-dexterous hands on.

It was dark outside, but she did manage to get one snap of the little guys eating their phallic sweets.

She uploaded the photo to Twitter last week in response to Carlin Burton, who had astutely tweeted: "You can't say you're from Toronto if you haven't had to put something away because you're afraid a raccoon would mess with it in the night."

While the incident actually took place roughly two years ago, in August of 2019, the image of raccoons sucking on candy dicks will live on in the memories of everyone who attended what sounds like the best and most Torontonian bachelorette party ever.