On Sunday, Toronto Animal Rights March walked through parts of downtown to spread a message of "ending the war on animals."

"The war on animals is real, it's merciless, and it's happening every single minute of every single day," a spokesperson for Toronto Animal Rights said. "Hundreds of millions of animals are under attack in slaughterhouses, laboratories, and farms… and the perpetrator is us!" 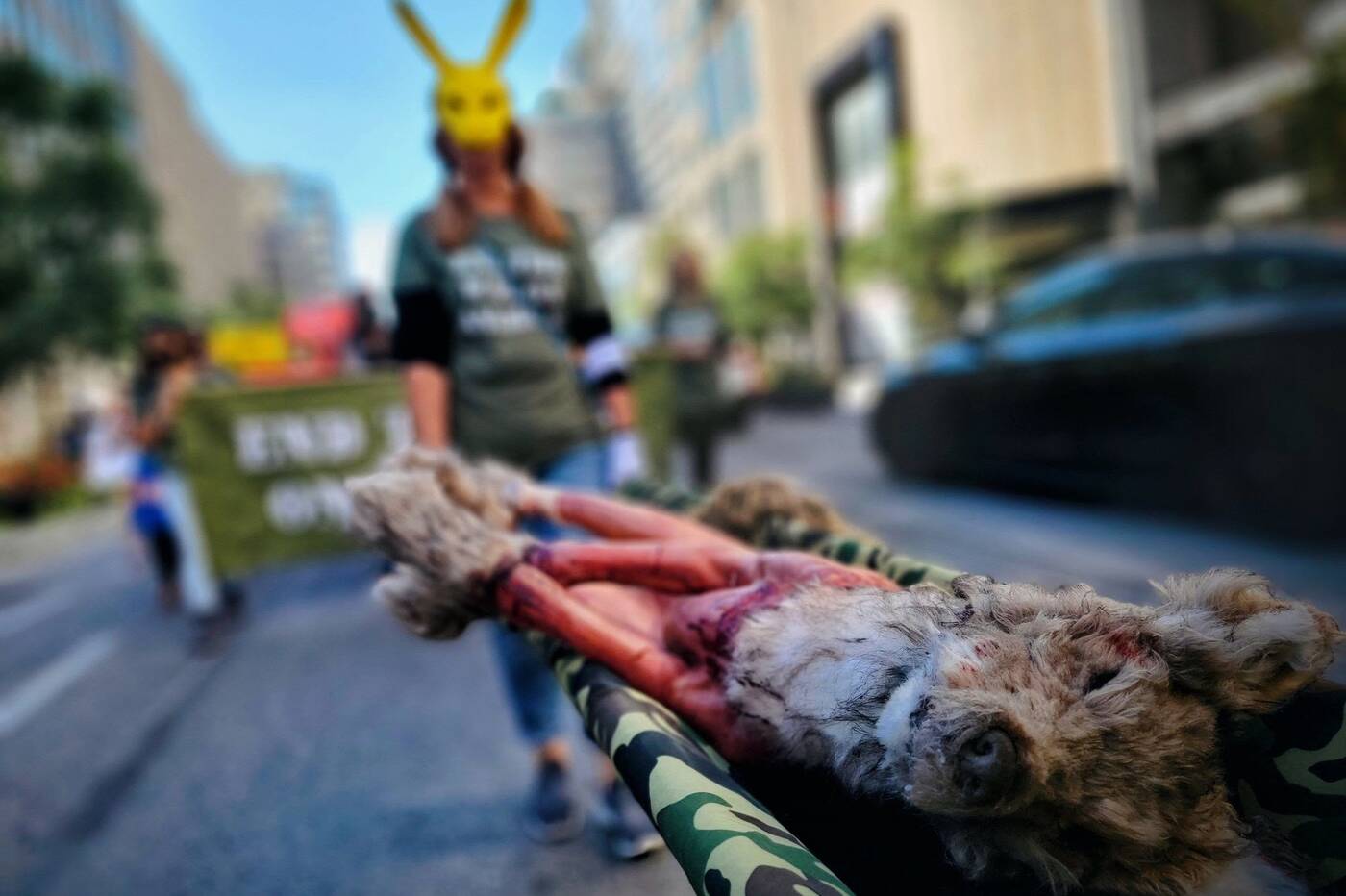 Some demonstrators at the march wore rabbit masks and carried an army stretcher with an attacked real-life looking coyote, to symbolize that animals are being hurt. Image via Jenny Henry.

During the march, several "die-ins" happened, where demonstrators laid on the ground lifeless while playing the sounds of distressed animals over a speaker.

The march ended at Old City Hall with activists reading aloud Rose's Law, a plea for a bill on the rights of all animals.

Toronto's animal rights community has hosted a slew of other marches, one in 2019, where the bodies of dead animals were carried throughout the demonstration.

Organizers of Sunday's march say they are "imploring the people of Toronto to open their eyes to what's happening to animals, and make a change to a more compassionate lifestyle."