Members of Toronto's busy and vocal animal rights community took to the streets of downtown on Sunday in one of their most extreme protests this year to date — this one involving actual dead animals. 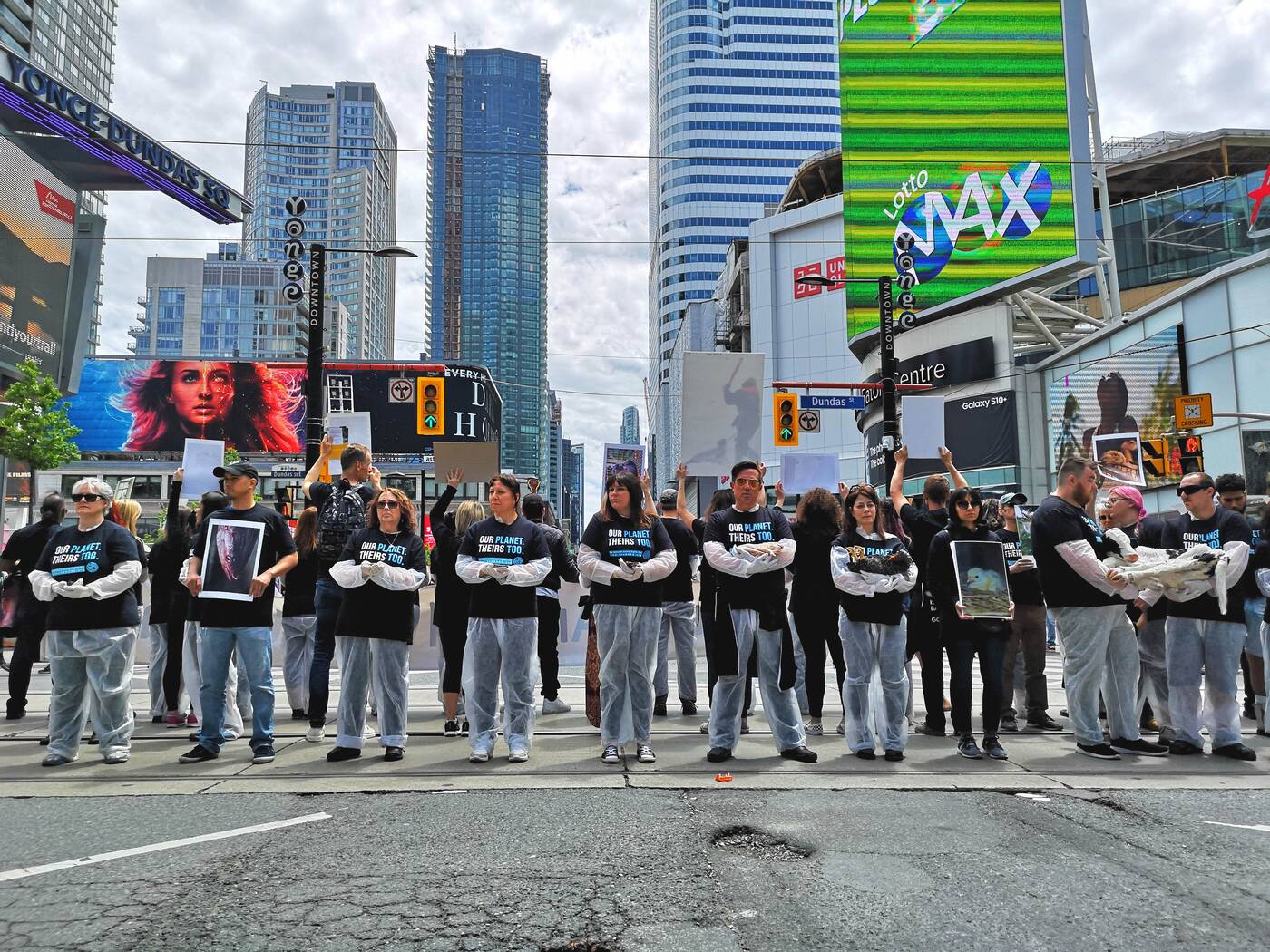 Dozens of demonstrators participated in Sunday's rally, which was held in commemoration of National Animal Rights Day (NARD) — an event currently celebrated in more than 30 cities around the world. 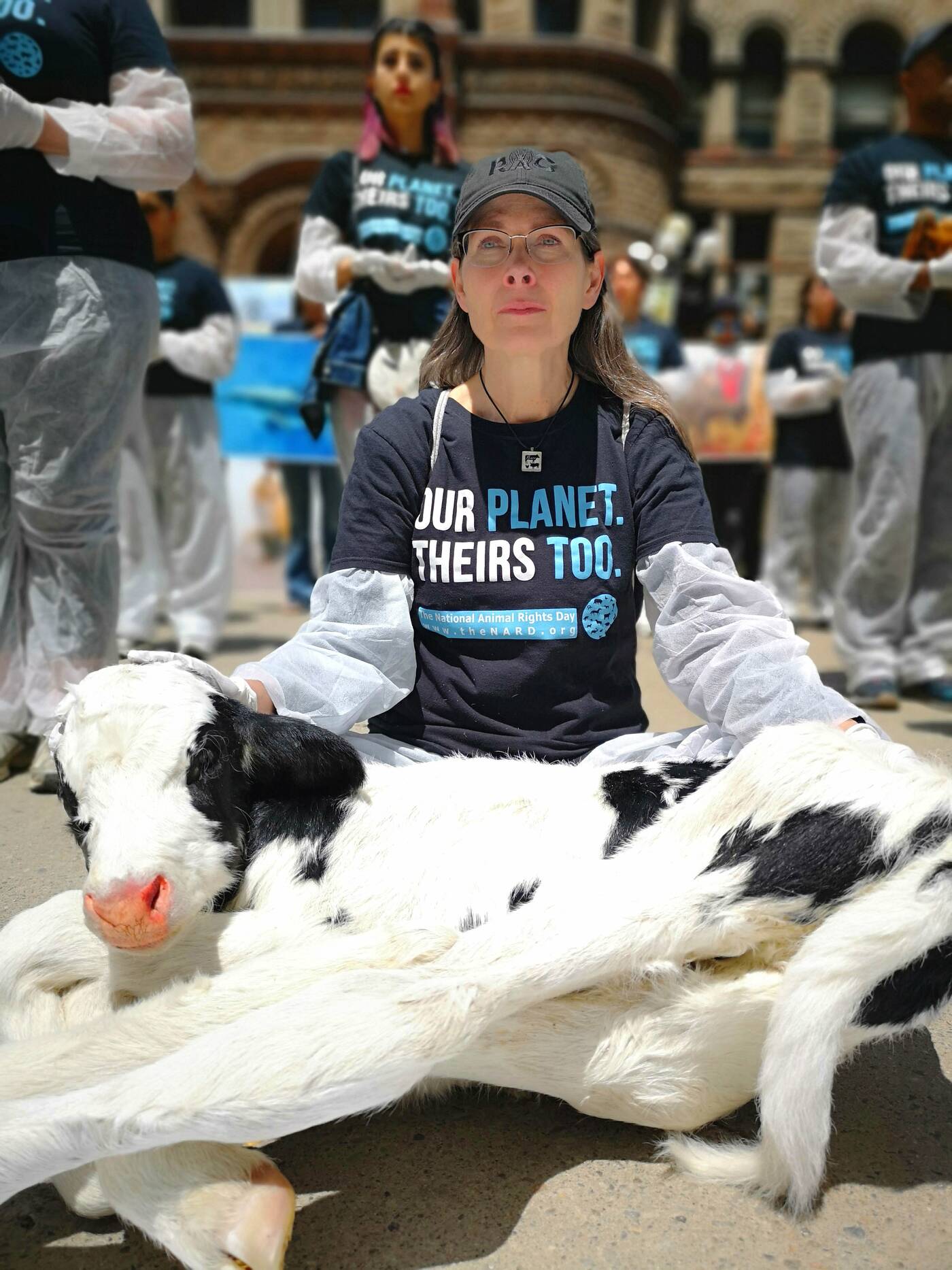 They marched from Trinity Square Park to the steps of Old City Hall... 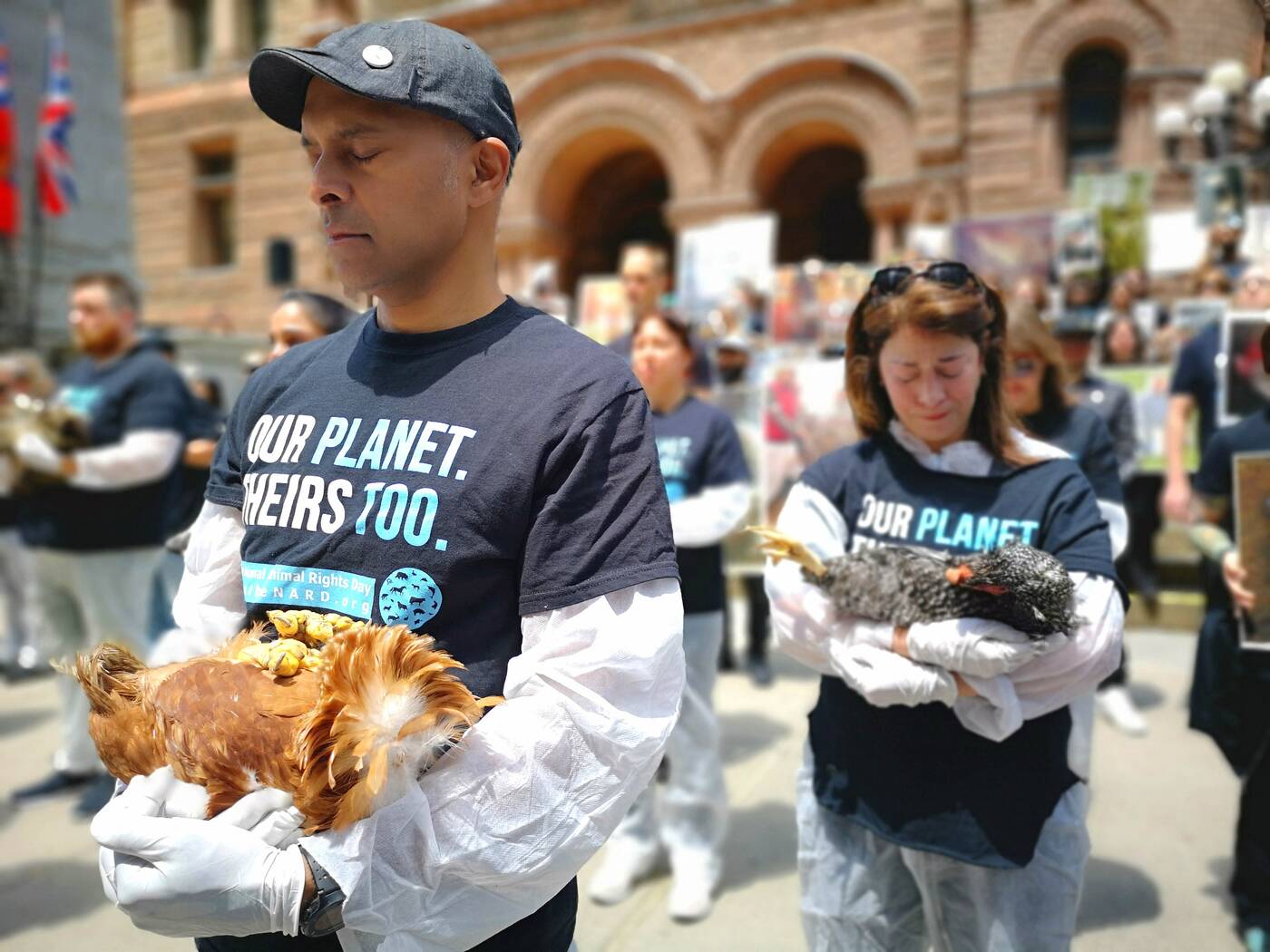 And then down Yonge Street... 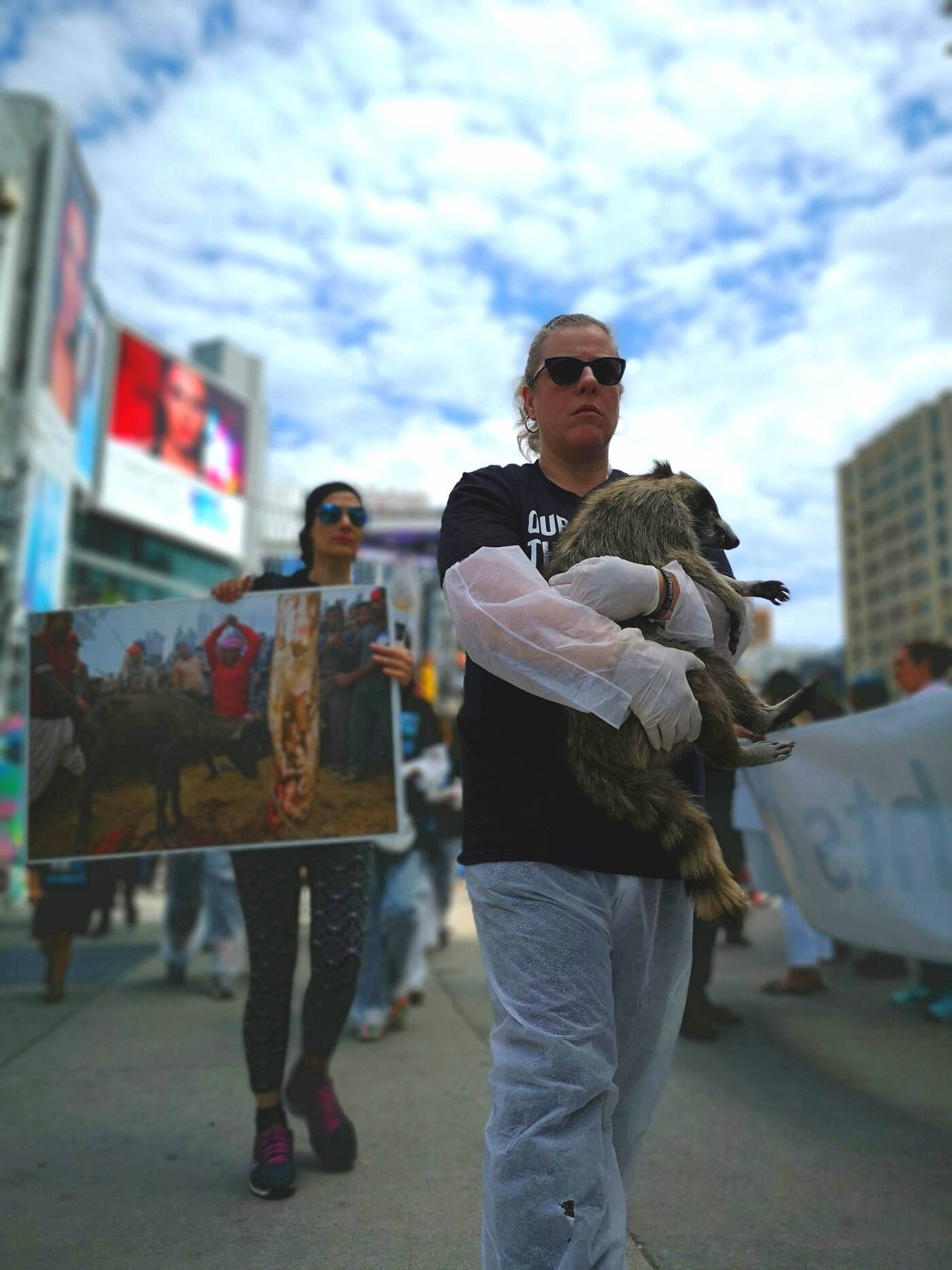 Eventually, the group arrived at Yonge-Dundas Square, where they blocked off traffic while holding either graphic photos or the bodies of deceased animals, including a calf, a coyote, piglets, pigeons, chickens, and mice. 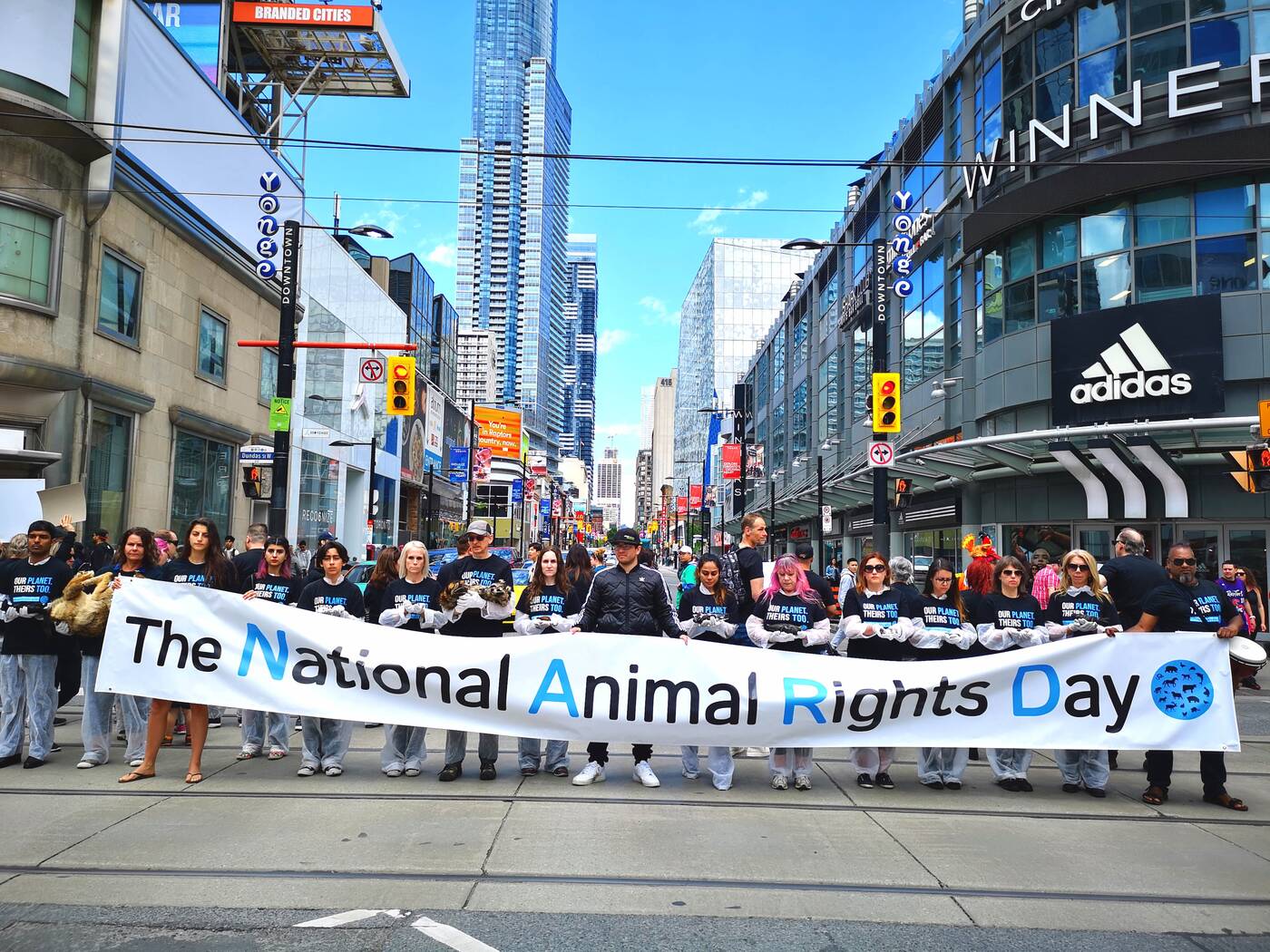 "It’s important that the public sees them," said organizer Jenny Henry of the deceased animals in a press release.

"These are the invisible victims of a human-centered world. For far too long, they have been hidden from public view in dark sheds, and laboratories. NARD is about helping them be seen, and asking for justice for them." 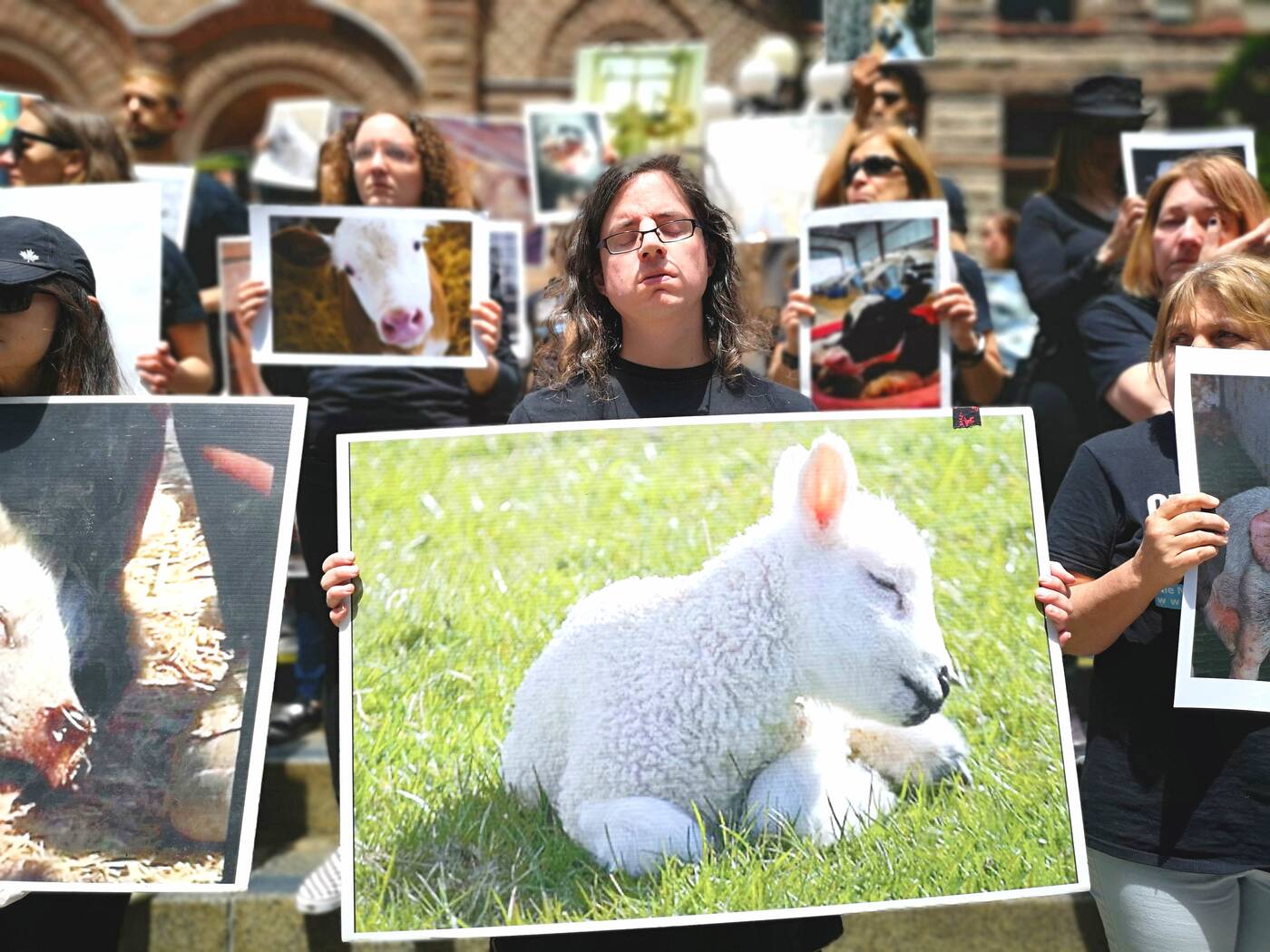 "Most people never see farm animals in their lives; they only see their body parts on their plates," said NARD founder Aylam Orian in the same press release.

"When we show them what these animals look like in the flesh, cradled in our arms like you would cradle a baby or a beloved pet, they feel something. Many stop to ask questions, and that gives us a chance to inspire them to change their lifestyle."