After a year and a half of serving on the front lines fighting a pandemic, Ontario healthcare workers are fighting off a secondary epidemic of misinformation and abuse from vocal anti-vaccine passport groups.

The very same people who have been protecting the population for 18 months are now under fire for their scientific factual beliefs, seen in recent demonstrations held outside Toronto hospitals that are still actively treating the rising case counts in the city. 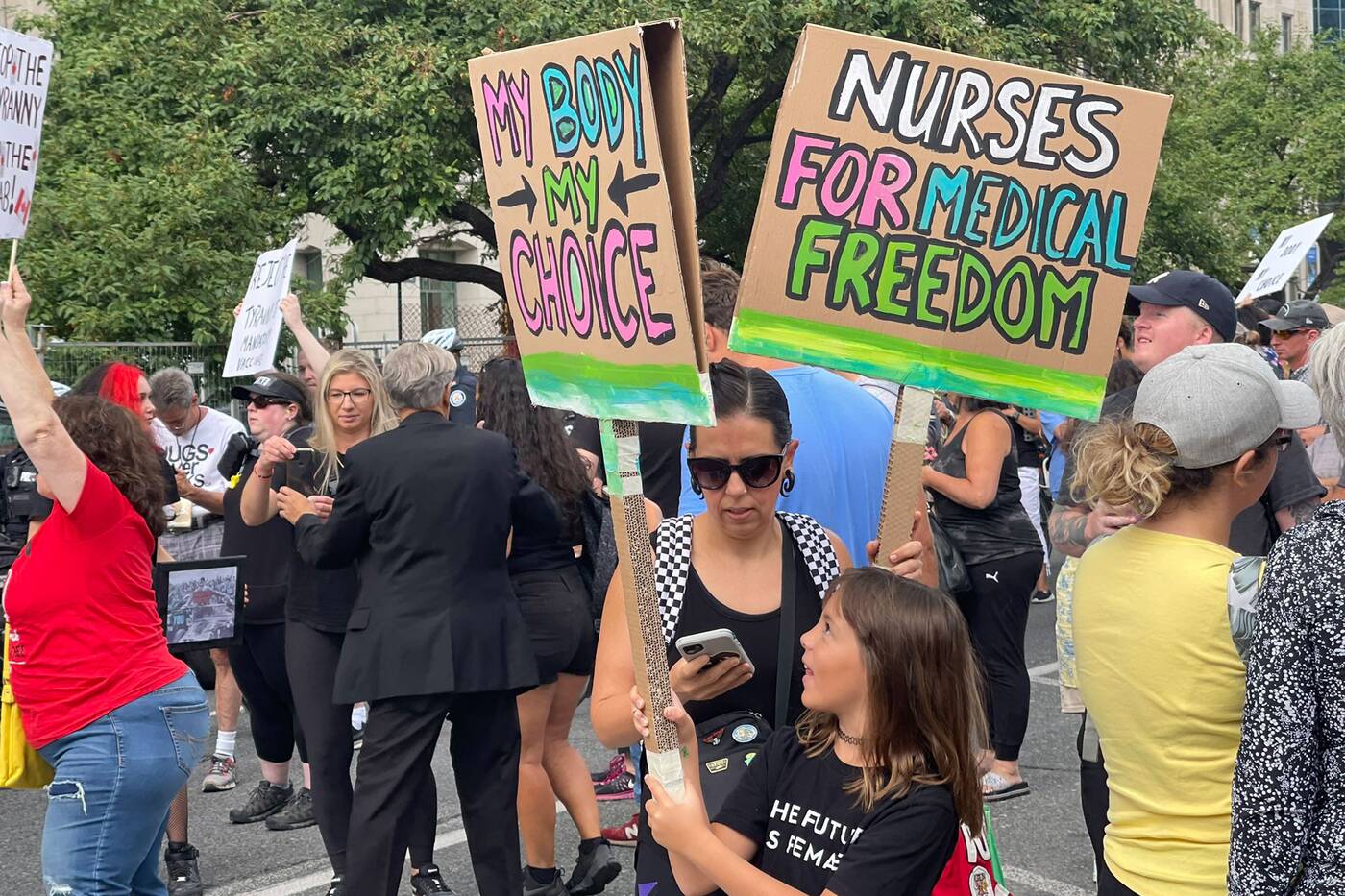 Protest outside of a Toronto hospital on Sept.2. Photo by Caryma Sa'd.

The latest round of disruptive protests along the busy Hospital Row on University Ave. prompted a startling news release issued by the Registered Nurses' Association of Ontario (RNAO) on Tuesday morning.

"Health professionals have been called names, harassed and threatened. Access to health facilities has been disrupted, ambulances have been obstructed, and patients' lives endangered."

The strongly-worded statement underscores the changes in public attitude that healthcare workers have noticed since the early days of the pandemic. The supportive clangs of pots and pans from windows and balconies are a distant memory, the shouts of aggressive protesters now drowning out much support.

Other groups are also speaking out about the demonstrations, including Nursewithsign416, who operate multiple social media accounts standing up for the rights and respect of nurses, nurse practitioners and healthcare professionals.

Nancy Halupa of Nursewithsign416 tells blogTO that the protests aimed at healthcare workers are misdirected, saying that "we treat all patients regardless of their vaccination choice."

"Nurses and doctors are not the ones who have mandated the vaccine. Yelling at us and preventing us from going in to work is upsetting. Especially considering that we treat people despite their vaccination status," says Halupa.

A recurring theme in these clashes between science and alt-right myth, accusations of police inaction are being echoed by the RNAO, their statement expressing "grave concern" over what they perceive to be "inadequate action to avert these situations by local authorities and police services."

Despite pressure from anti-vax protesters, the RNAO is steadfast in its commitment to the cause, urging everyone in the province to "get fully vaccinated, wear masks, maintain physical distance in all indoor public places and abide by the government's vaccine certificate plan as soon as it is available – so that collectively, we protect those who cannot be vaccinated due to age or health status."