York Regional Police are asking members of the public for help in identifying a "suspicious male" who has now visited the same home just north of Toronto multiple times to engage in some seriously bizarre behaviour.

Police say they were first called to the area of Bantry Avenue and Red Maple Road in Richmond Hill on Friday, Aug. 27, for reports of a prowler.

"On Tuesday, Aug. 24, 2021, at approximately 2:20 a.m., a suspicious male wearing no clothing was captured on video outside a residence," said YRP in a release this morning. 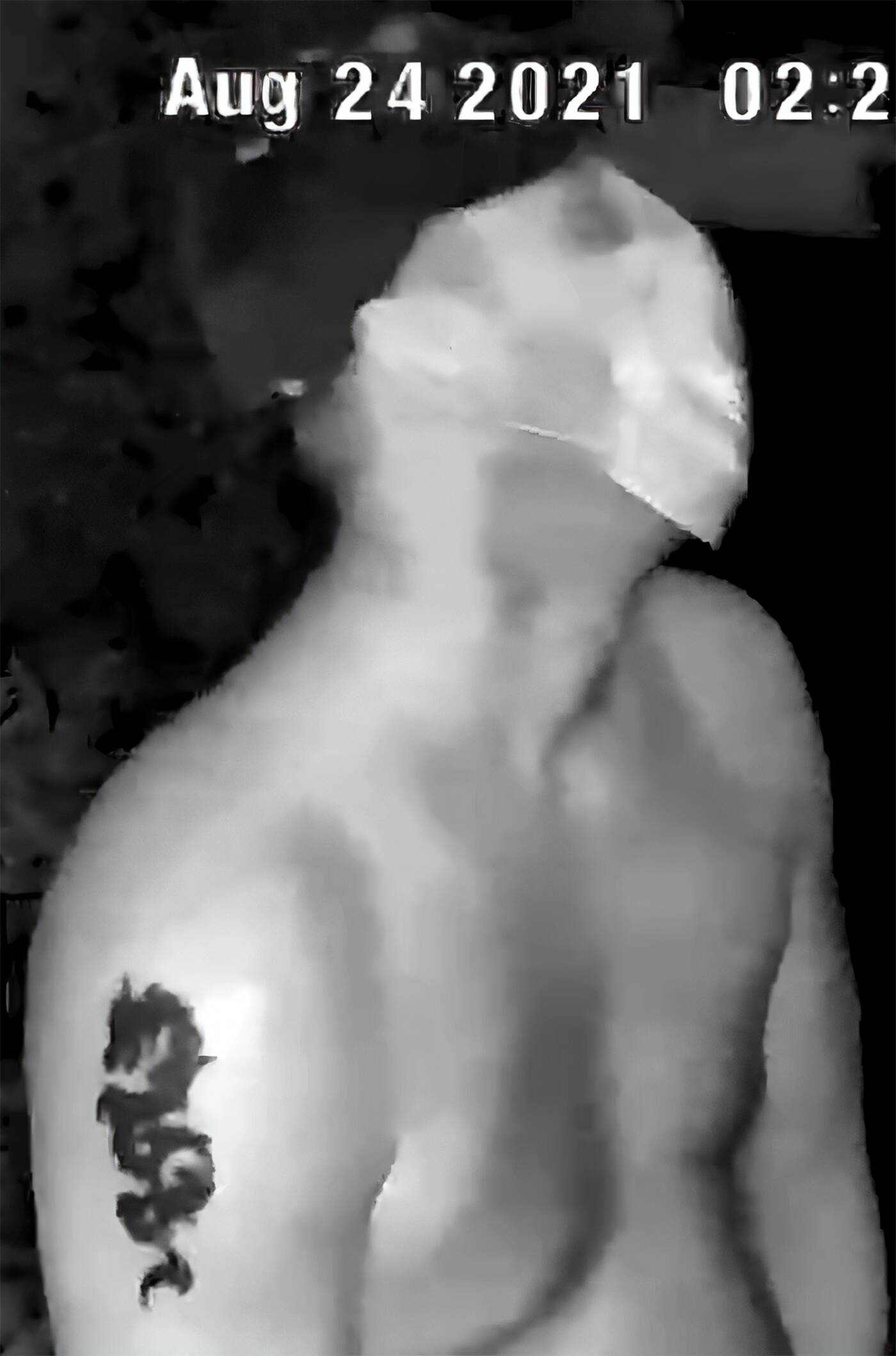 The man with the dragon tattoo seen in security footage shared by York Regional Police on Wednesday. Image via YRP.

Stills from the security footage reveal that the man has a dark dragon tattoo on his right upper arm, and also that he came right up to the camera to perform the "indecent act."

In one frame shared by police, the suspect almost appears to be looking into the camera.

The York Regional Police #2 District Criminal Investigations Bureau has launched an investigation into the man with the dragon tattoo and are asking anyone who can identify him to call them or Crime Stoppers anonymously at 1-800-222-TIPS.

Police are describing him as male, 20 to 40 years old, of an average build with the aforementioned retro broey tattoo.

He was wearing a baseball hat, shoes and a medical face mask as the time of the incident, but literally nothing else.