Over 200 people showed up to mark one week since Escanan was tragically struck by a truck driver making a turn at the intersection of Avenue Road and Bloor Street. 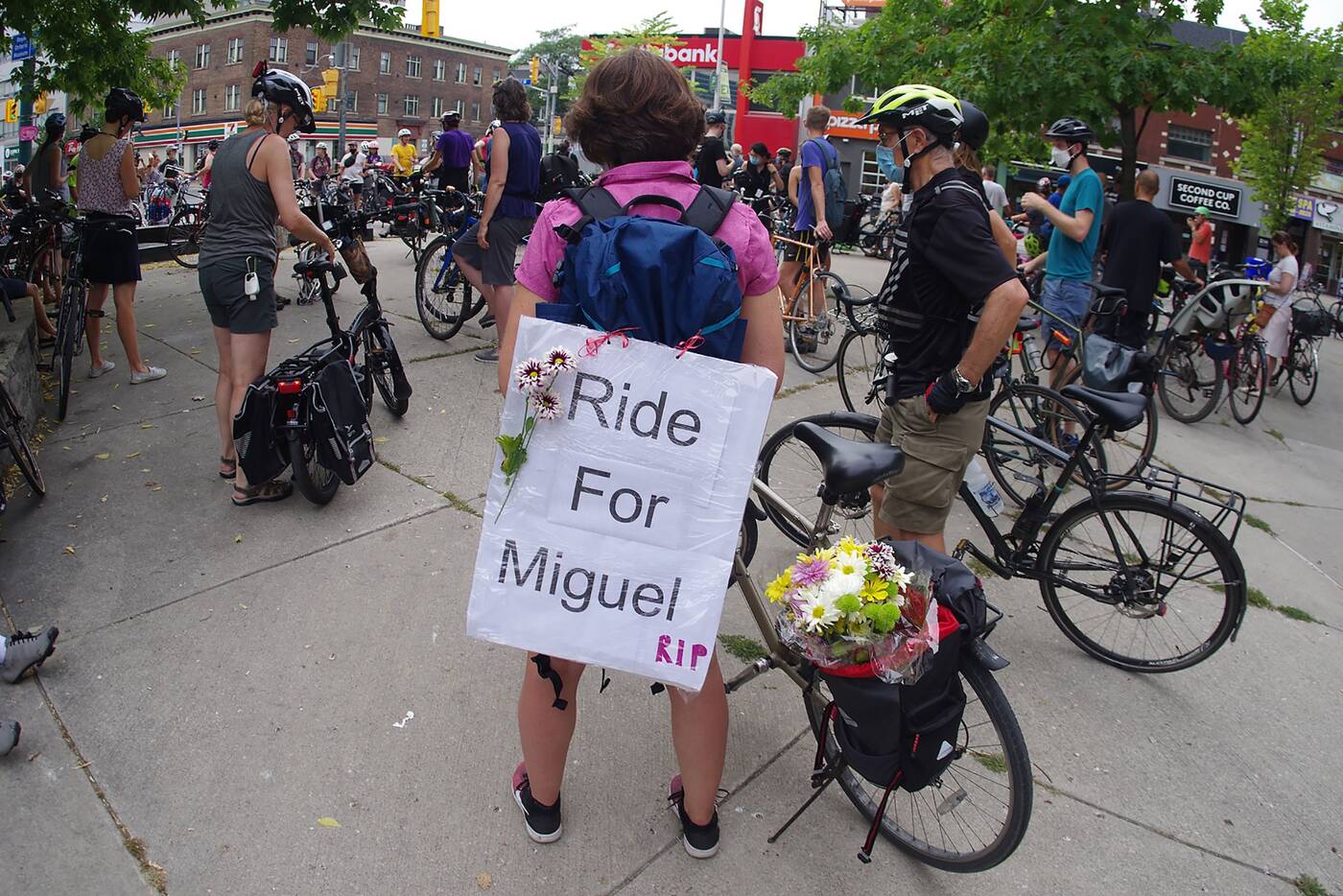 The "Ride for Miguel" begins at Spadina and Bloor.

A white-painted "ghost bike" built by Geoffrey Bercarich was paraded through a winding circuit of public roads, guarded by volunteer security and traffic management provided by the Toronto Bike Brigade. 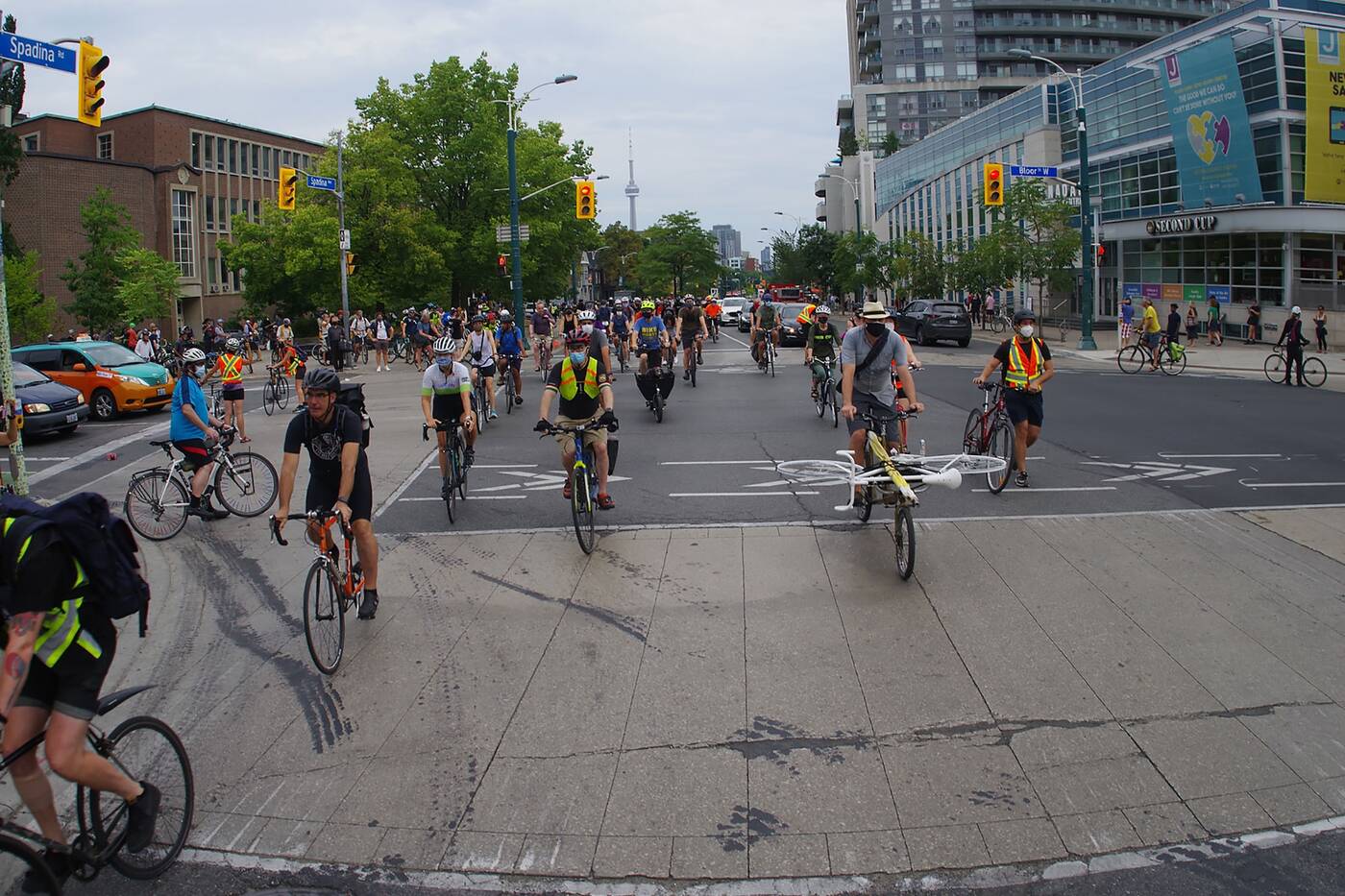 The ghost bike was paraded along Spadina to start off the ride.

It was an emotional scene for the riders who participated in Wednesday's ghost bike ride, an unfortunately regular event showing solidarity for lost cyclists and publicly protesting a lack of action from the city on improving bike safety.

An emotional and powerful ghost bike ride for Miguel Joshua Escanan who was killed by a driver in Toronto last week. pic.twitter.com/9kuigcAQ4e

Riders first gathered at Bloor and Spadina before the procession rolled on to the scene of last week's fatal collision. 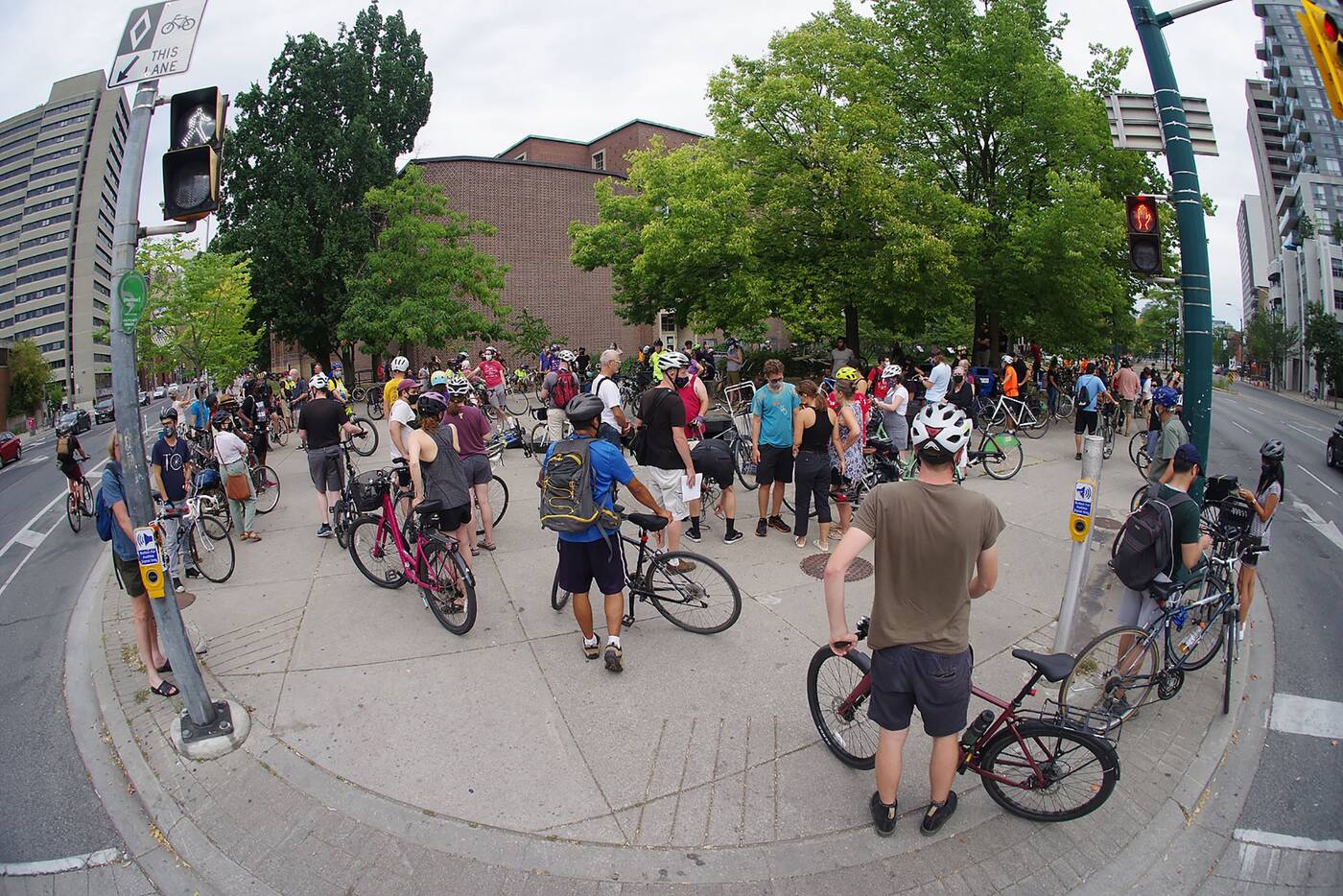 A crowd of cyclists assembles for the ghost ride.

Once at the location, the ghost bike was chained to a hydro pole — already adorned in flowers — to commemorate the place where Escanan lost his life.

At the site of Miguel Joshua Escanan’a death at Avenue & Bloor. Ghost bike has been affixed to pole. Flowers being laid. pic.twitter.com/qt6VXmdFLY

Anger and frustration were evident in the voice of Joey Schwartz, advocacy director of the Toronto Bicycling Network, when acknowledging the reason for assembling and calling for a moment of silence from the crowd.

Emotions already running high from the day's events, many found themselves reacting in real-time to the daily problems faced by cyclists in the city.

One commenter was disheartened to see restrictions to a bike lane and a lack of safety measures just steps from the accident site.

Watch the motorists refuse to let the first rider merge and then pass her on the left pic.twitter.com/FrSKcTb73j

Complaints from the cycling community all point to a desire for more leadership from politicians on all levels.

Independent photojournalist and cyclist Martin Reis tells blogTO "I think the issue can be improved with street design that does not force cyclists to merge with traffic, as was the case here." 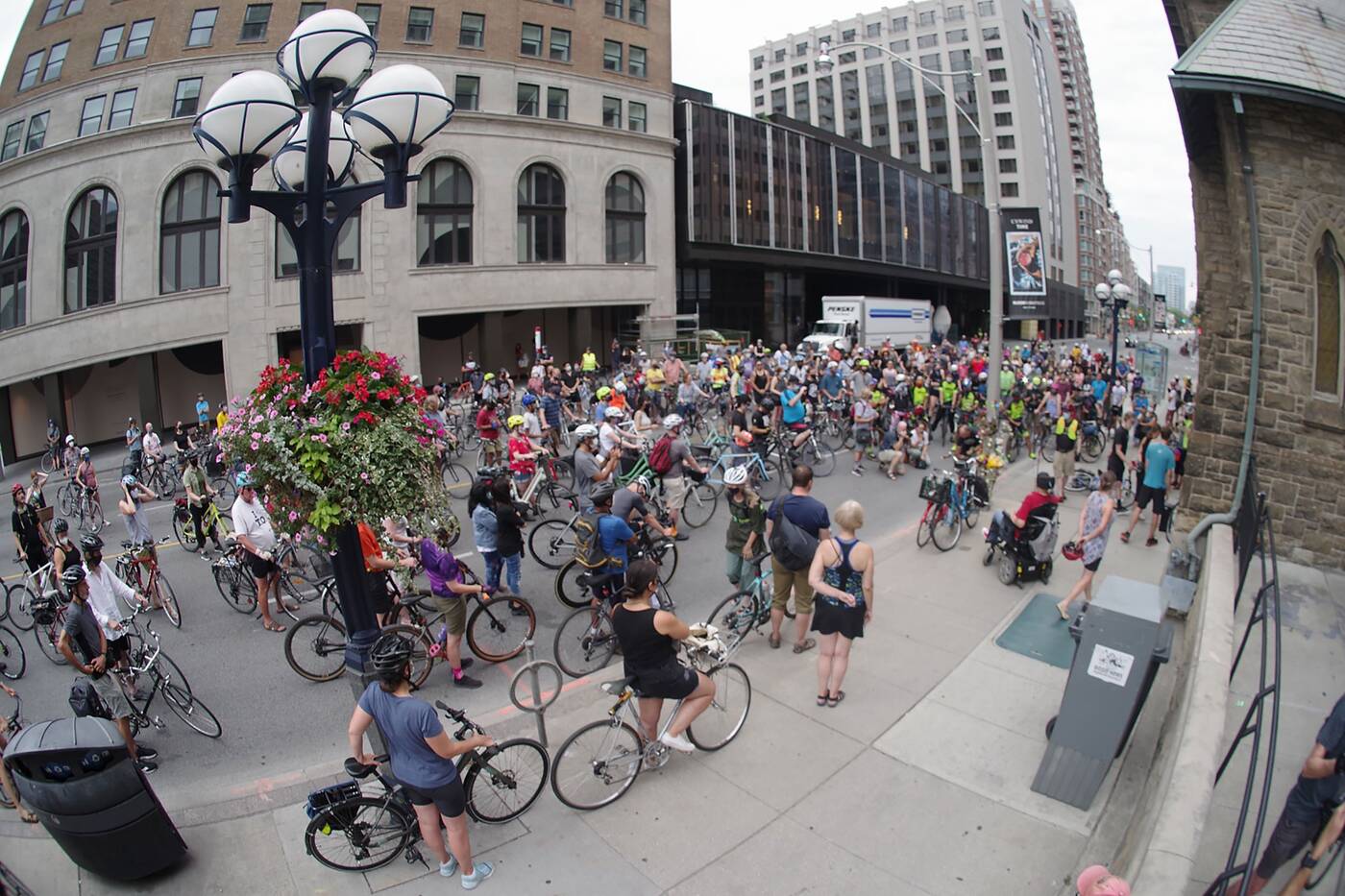 Cyclists crowd around the scene of the memorial ghost bike at Avenue and Bloor.

Reis also supports additional steps like mandating "side guards on all construction vehicles and trucks" and, most importantly, "electing a City Council that takes cycling safety seriously and is willing to put political weight and will behind their decisions."