Candidates are looking at a very short window in which to campaign for next month's snap federal election in Canada, and in the flurry of all the platform preparation, public appearances and more, it's easy to understand how some finer details could get overlooked.

Take, for example, the proper spelling of the nation's capital.

Though PC Leader and Durham MP Erin O'Toole, if elected, will reside and spend much of his time in Ottawa, his party apparently failed to spell the city's name correctly on a promotional leaflet distributed to constituents' doors this week.

As one Guelph resident shared in a Reddit thread on Tuesday, an official door hanger from the Conservatives outlines five key steps that they will take to ensure Canada's recovery moving forward — one of them being "secure accountability," which O'Toole will do by "enacting a new Ant-Corrupton [sic] law to clean up the mess in Otawa." 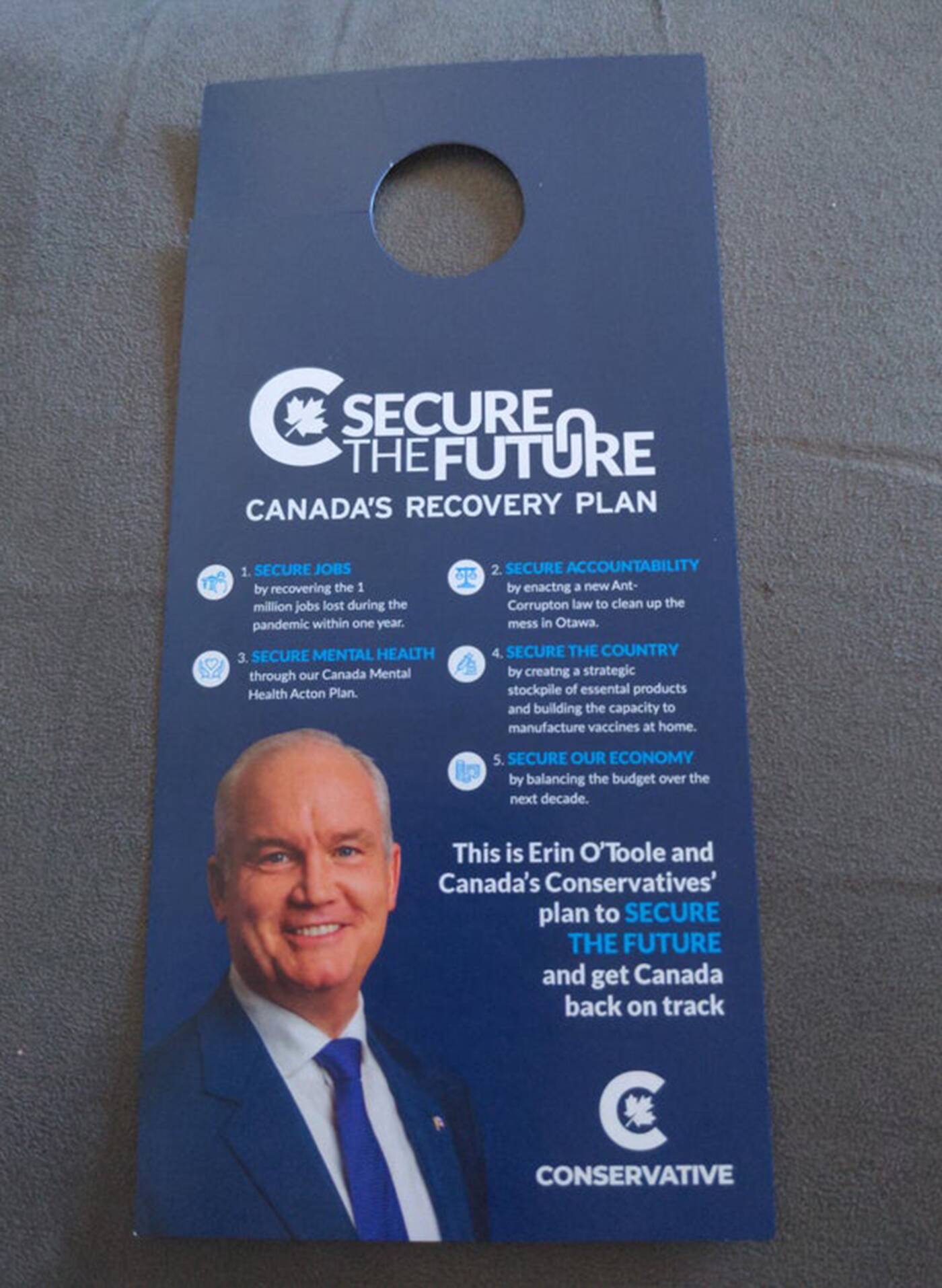 The error-riddled leaflet one Guelph resident received at their door. Courtesy of u/shauna543 on the Ontario subreddit.

Other spelling errors include the aforementioned "Ant-Corrupton" and the word "creatng," which some can't help but feel detract from the overall message.

"The typos render the entire bullet point nonsense and therefore nobody can claim they didn't live up to a campaign promise," one citizen joked in the comments section of the since-removed post.

"Ant corruption is a major problem in Canada. I hope something can be done soon about this. Are only the conservatives talking about this?" another quipped.

Then there was the one who aptly pointed out that the mistakes are likely due to typesetting error, rather than the linguistic skills (or lack thereof) of someone on the PC team.

Regardless, the flyer definitely shows sloppy, haphazard proofreading, which may in ways just be representative of this entire rushed campaign.