A small but brave Scarborough dog is being hailed as a hero today for putting herself between a wild coyote and a young human family member.

Dorothy Kwan says that her 10-year-old daughter was out walking their dog, Macy, Tuesday morning when a coyote began chasing them both down the street.

That video, shared by Kwan, is disturbing and sad: The coyote can be seen biting and shaking tiny Macy, grabbing the tiny dog by her neck at one point and attempting to drag her away while she yelps.

Fortunately, the scrappy little Yorkie gets out of the larger animal's grip, over and over again, until the skittish coyote — seemingly alarmed by the 10-year-old girl's screams — trots away down the street.

Macy, her leash still attached, follows the coyote as it leaves the scene while barking as if to say "THAT'S RIGHT, GET OUT OF HERE!"

"You can see our dog putting herself between my daughter and the coyote," said Kwan of the video. "Even after she was seriously injured, she continued to bark and chase the coyote away. She fought back."

"She received extensive injuries to her body and leg. She is undergoing surgery for her wounds at the emergency animal hospital," wrote Kwan of Macy in a GoFundMe page created earlier this week.

"My heart is breaking for both my little one and our dog whom we rescued 5 years ago. I'm a single mom of two and my children and our dog mean everything to me."

Kwan shared an image of Macy's veterinary bill, which could go up to nearly $6,800, when creating the fundraiser. As of Thursday morning, more than $7,000 had been raised for the heroic pup.

"The Toronto veterinary hospital just called to let me know Macy woke up this morning in ICU and was doing well. She ate a little bit of chicken and is resting comfortably," wrote Kwan in an update to the fundraiser on Wednesday.

"They sent me this photo of her. My heart breaks seeing her like this, but I am crying happy tears that she is alive." 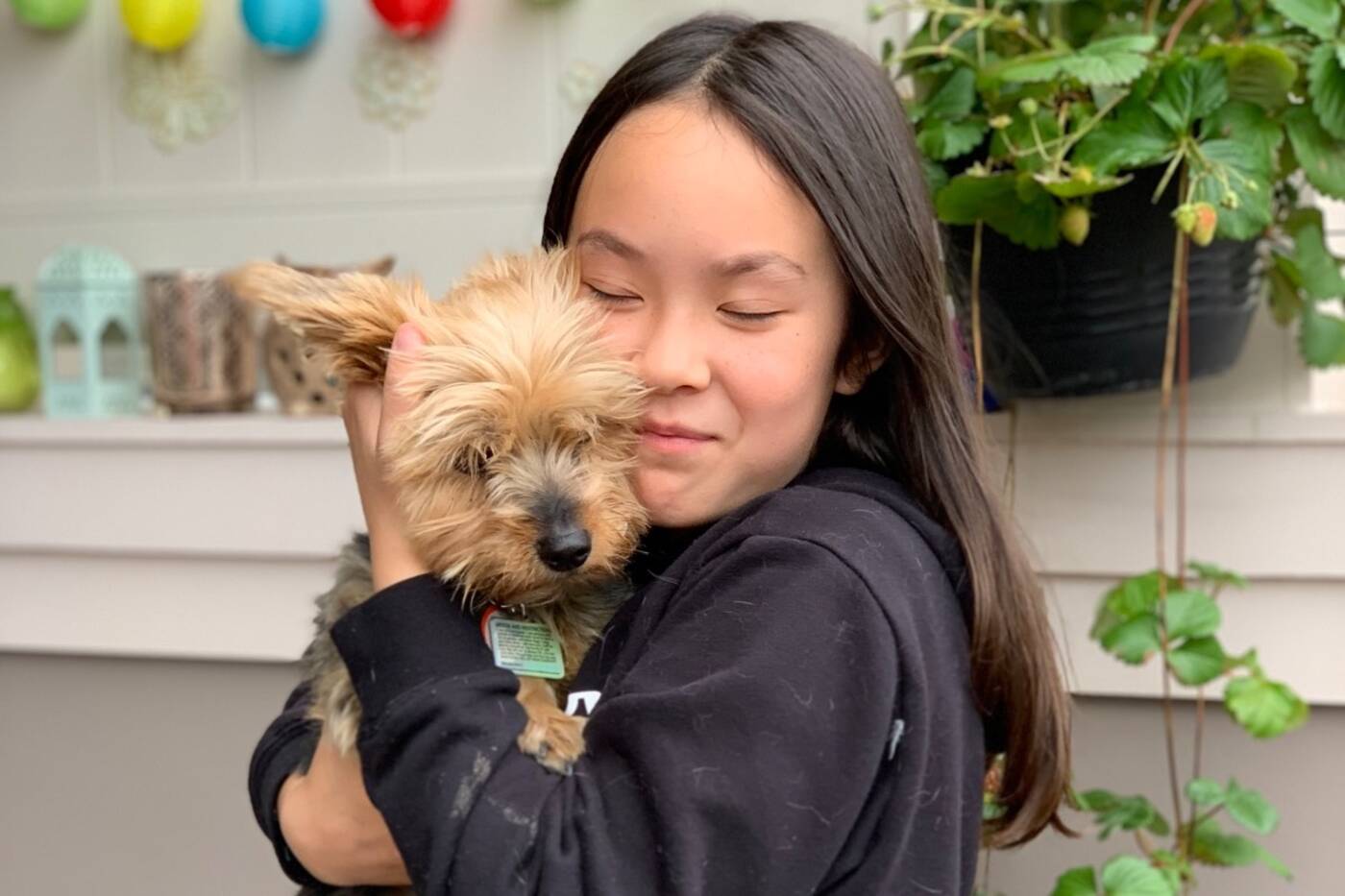 Macy the dog and her 10-year-old bestie in happier times, before they were chased by a wild coyote near Warden and St. Clair in Scarborough. Image via Dorothy Kwan.

Kwan is extending her "sincere thanks to everyone who has donated, sent prayers and shared our horrifying story," but she remains concerned about the prospect of future attacks in her Scarborough neighbourhood.

After calling 311 to inform officials of the coyote, she says she was "basically told her that their hands are tied" and that "all they can do is 'educate' homeowners."

Kwan told CityTV this week that her daughter, who had never encountered a coyote up close before, was traumatized by the attack and no longer feels comfortable riding her bike or scooter in their neighbourhood.

She doesn't want to see the wild dogs killed, but would like the city to consider capturing and relocating particularly aggressive coyotes.

Macy is far from the first dog to be attacked in Toronto by a coyote, sightings of which have become more frequent in recent years.

There is a coyote walking around the Scarborough Town Centre area right now.. @blogTO @cityoftoronto pic.twitter.com/PsUgi1kNTH

The city has erected signs in neighbourhoods where coyotes are known to frequent, and continue to do extensive outreach in educating residents about the threat (or rather lack of threat to humans) generally posed by these beautiful and intelligent creatures.

"Coyotes generally do not pose a danger to people, but can pose a danger for pets," reads the city's website. "Most interactions with coyotes in Toronto are the result of a nearby, regular food source, especially intentional feeding by people."

"Feeding wild animals, including coyotes, is detrimental and can create problems for the neighbourhood. To minimize negative encounters with coyotes, residents should remember the following," advises the City of Toronto.

"Never feed coyotes and don't leave food, including pet food, outside; Properly dispose of garbage and waste at home and at parks; When encountering a coyote, do not run but make noise to scare the coyote away; Do not approach coyotes, their dens or their young; Do not touch coyotes, even if they appear tame, sick or injured."