The Toronto Wildlife Centre has been receiving an influx of calls about coyote sightings in the city, with some reports of these wild canines being spotted with mange or other illnesses.

But among the many coyotes, Toronto's wildlife rescue and rehab organization say they recently picked one up from a residential backyard and realized they had met him before.

This coyote looked lethargic, said the TWC, with an itch that wouldn't quit. But when staff performed an x-ray on the lice-ridden animal, they noticed something strange.

"When x-rays were taken, medical staff could see metal pins in his right hind leg – this patient had been to the wildlife hospital before!" says the TWC. 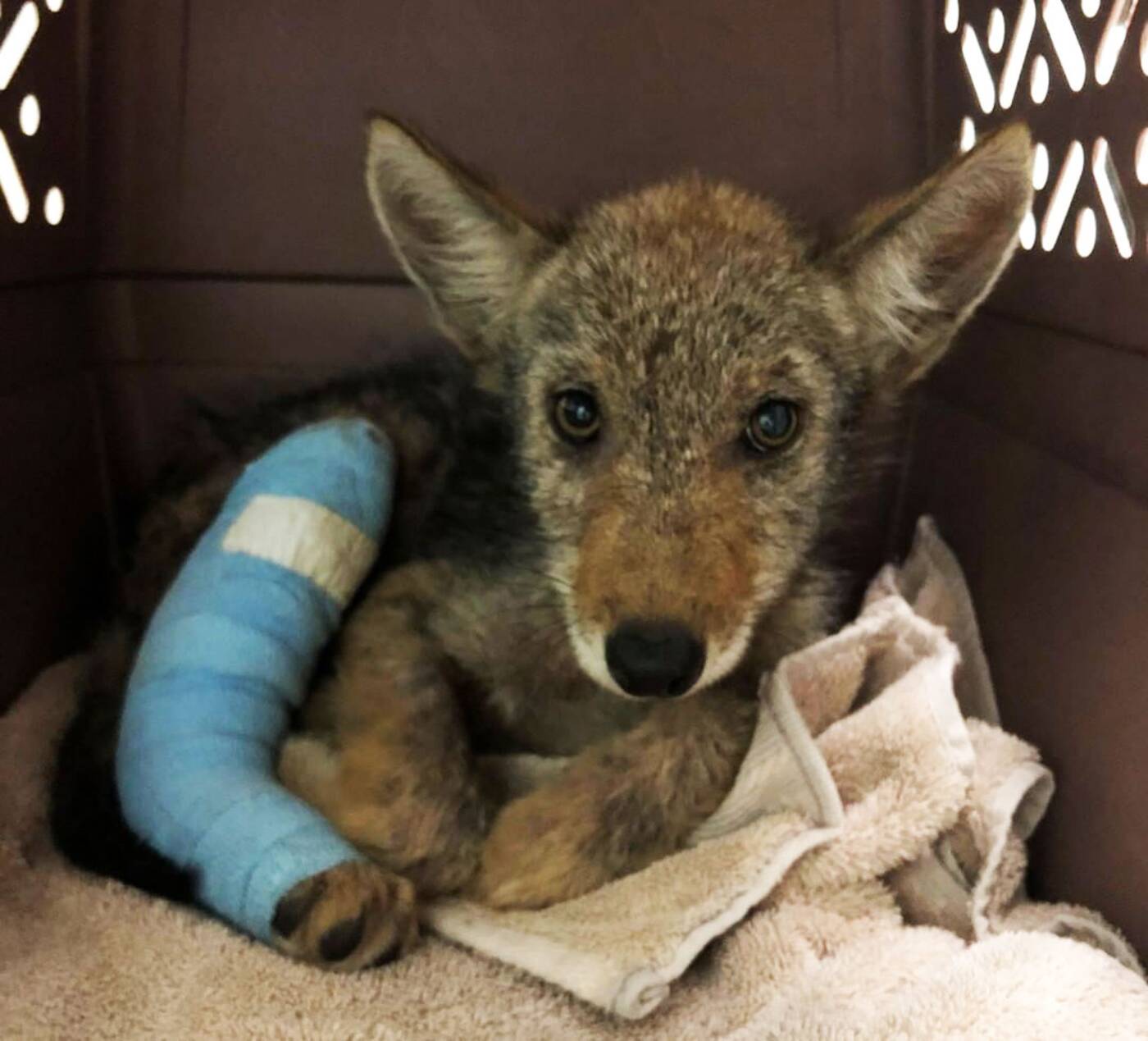 In an Instagram post, TWC staff recall to the moment they first met the coyote: more than a year ago, when he was just a young pup "who stole the hearts of many at TWC."

It turns out that the coyote had stayed in TWC's intensive care for four months last year after he was found trapped in a window well, suffering from mange and a broken leg.

"The pup’s tibia bone was fractured in two different places and he had been bearing weight on it for days – the chances of his leg healing were slim," says the TWC.

"While TWC’s medical teams did all they could to treat the mange and stabilize the broken leg, the bone needed specialized orthopedic surgery."

Dr. Brandon Ringwood, a vet from the Veterinary Emergency Clinic by Rosedale, stepped up and performed a surgery on the pup. He used metal pins to keep the bones together.

"After 122 days of intensive care, the pup grew into a strong coyote who could run, jump, and play!"

Flashback to a year later, and the pup is fully grown. According to the TWC, he's being treated for a severe case of chewing lice, and will soon be released. It's not the reunion story we necessarily hoped for, but it's sweet nonetheless.

"He’s back to his old rambunctious self, leaving remnants from his active nights of tugging blankets out of his kennel cab, and playing with the sticks and toys like he did when he was a pup!"