Congratulations, cat lovers of Toronto! Thanks to your donations, a tip-top rescue organization, and the hard work of local veterinary professionals, Dora the sick kitten now has an anus and won't die as a result of fecal impaction.

In fact, the little gal is doing great — incredibly great, considering how rough of a start to life she's had over the past nine weeks.

"On June 9th, Dora was brought to the vet because she was showing signs of severe constipation," wrote the rescue in an Instagram post at the time. "Unfortunately, Dora was diagnosed with an extremely rare birth defect: an Imperforate Anus. In other words, she was born without a butthole."

Dora had miraculously survived all eight weeks of her life up until that point without ever having a bowel movement, but the rescue had to act quickly to raise $6,500 for a complicated surgery to remove the "painful and life-threatening amount of fecal matter built up in her colon," among other things.

Within just a few days, they had raised over $10,000 as people all over the world opened their hearts and wallets to — as the rescue put it — "Do [their] duty to help this cutie without a booty!"

An initial surgery proved successful in constructing an anus for Dora, but she needed two more procedures to remove the impacted fecal matter before she could use her full digestive system.

On Wednesday, Annex Cat Rescue announced the good news that, following more work, Dora had pooped for the first time in her life.

"It was a 9 week journey but Dora had her first poop overnight! Dora is now demanding attention and love from her medical caregivers," wrote the rescue on Instagram Wednesday. "At this point, she needs to stay at least another 24 hours for monitoring but we are hopeful that she can go to her foster home tomorrow!"

Dora continued to rack up media hits as people all over the world became vested in her recovery and, as of today, June 18, more than $22,000 has been raised for her continuing care.

More exciting still for those who've been following her story is that Dora has finally been deemed healthy enough to relax somewhere that isn't a veterinary hospital or clinic.

"Dora has been regularly passing stool and was discharged with flying colours from the Central Toronto Veterinary Referral Clinic yesterday!" wrote Annex Cat Rescue in an update on Instagram Friday morning. 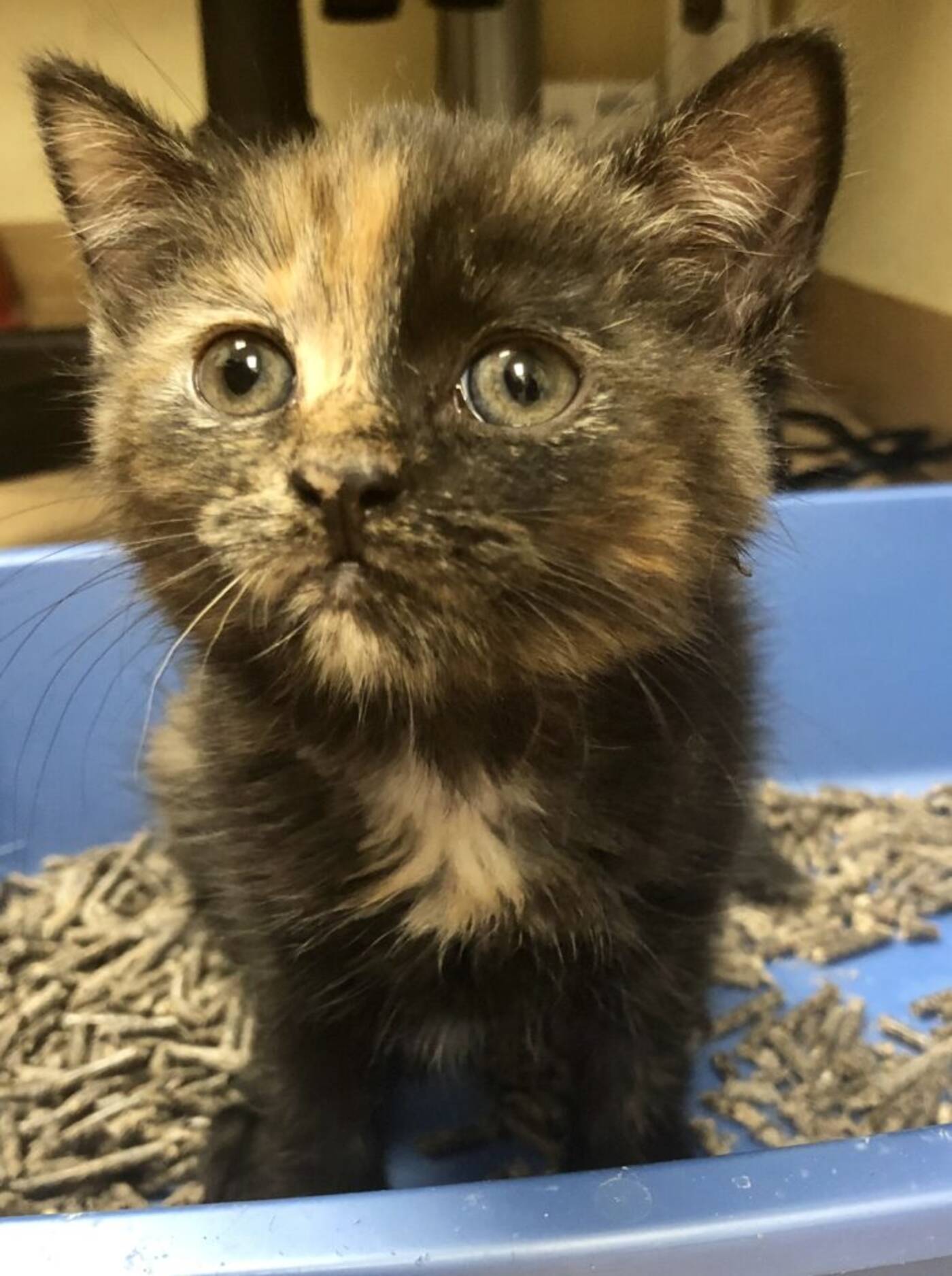 Tiny Dora, described as curious and cuddly, can now use a litter box just like other kittens. Image via Annex Cat Rescue.

The rescue says that Dora spent most of Thursday at her regular vet, the Roncy Village Veterinary Clinic, "bouncing around like a jumping bean and happily distracting (and charming) all the staff by climbing onto their shoulders and demanding snuggles."

Dora was reportedly "thrilled to go to her foster home" Thursday night and is now "celebrating her freedom" by playing, pooping and doing other regular kitten things, as can be seen in a video shared as part of Annex Cat Rescue's most recent update.

"We are so immensely grateful for the staff at Central Toronto Veterinary Clinic and Roncy Vet for taking care of this girl and we are so proud of our community for rallying behind her!" says the rescue.

"Note: Dora does have a long road to recovery and we have no estimate on when she will be available for adoption."