That time when the Scarborough Bluffs just collapsed

Bluffer’s Park in Scarborough has become one of the city’s most popular weekend destinations, attracting a surge of visitors and excited media attention of late. It is a family-friendly site with a beach, breathtaking views and that cool Lake Ontario breeze.

However, the Bluffs have also always had an aura of danger.

Thirty years ago, in the spring of 1991, a landslide marooned park goers and residents for hours while some city officials panicked in fear of further incidents.

As rescuers and media crews began to approach the scene, a second slide nearly buried them.

Completely co-incidentally, the Toronto Police Department’s K9 unit was conducting training at the Bluffs and were quickly able to determine that no one had been trapped under the slide.

Brimley Road, the main artery in and out of Bluffers Park, was cut-off, trapping visitors and the sixty or so residents who lived on houseboats at the marina. 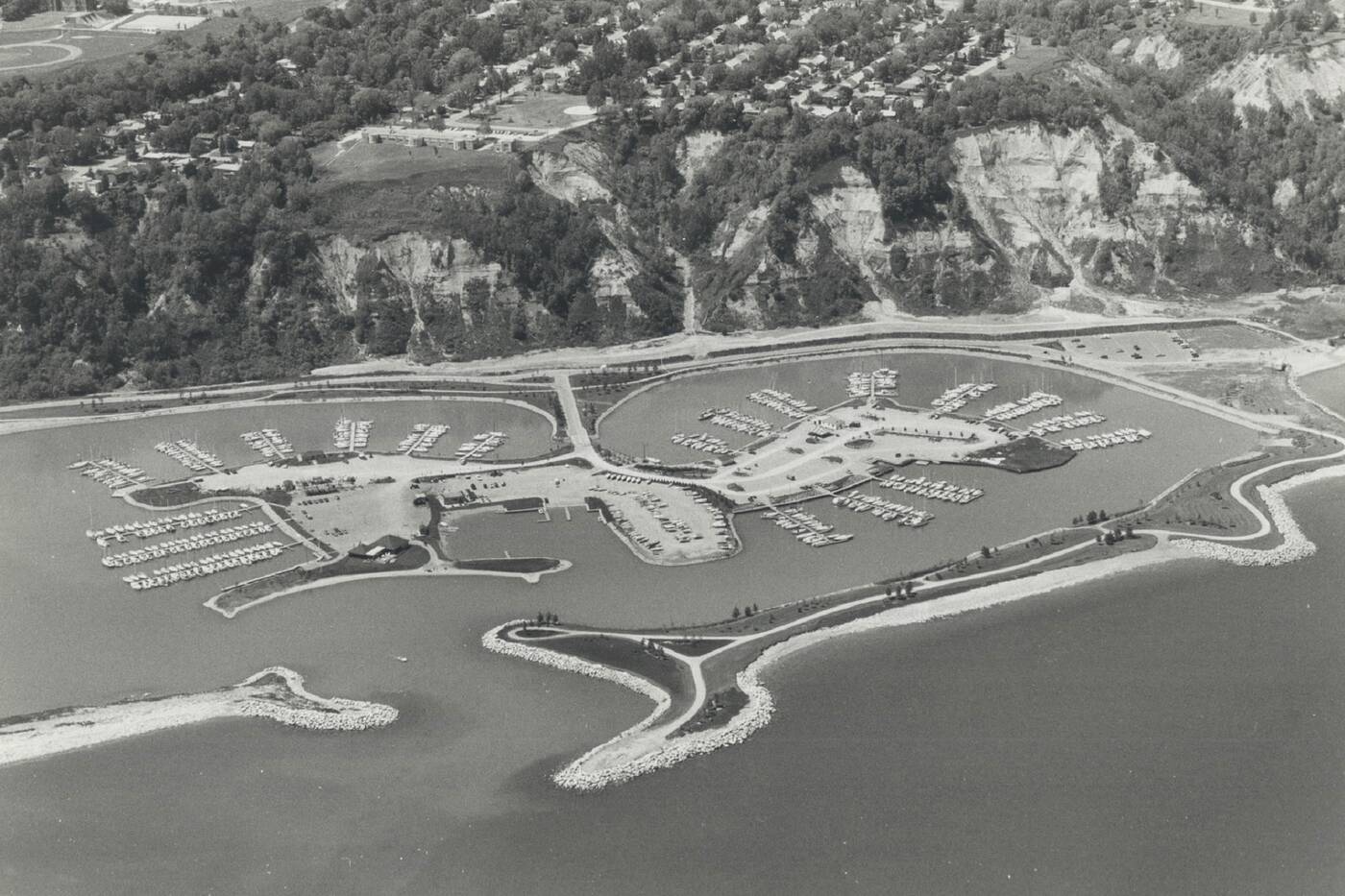 Home on the water: In 1991, roughly 60 people lived on boats in Bluffer's Park. Photo via the Toronto Public Library.

Fearing another slide, police instructed everyone to remain in the park and away from Brimley Road, while the Scarborough Fire Department provided a rope nearby on the bluffs for those who wanted out immediately.

The Toronto Region Conservation Authority determined that mixed in among the mud, earth and grass were mounds of household garbage, car wheels and tin cans.

It turned out that parts of Bluffer’s Park had been used as a garbage dump until 1964, which made the debris even more dangerous. 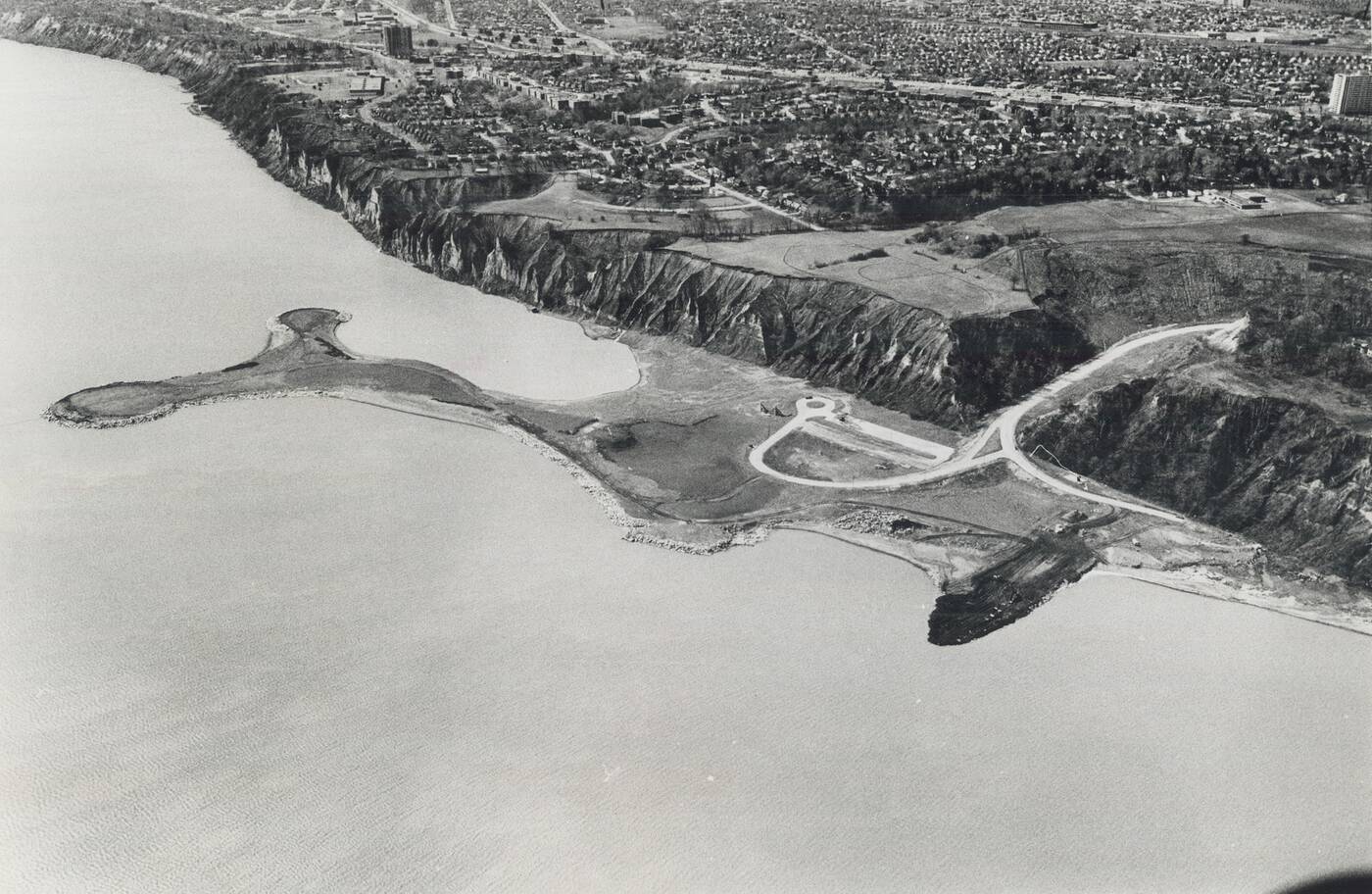 The view from 1972: Before the park was open, the site had been a garbage dump. Photo via the Toronto Public Library.

A very wet spring in 1991 had caused a build-up of water on the Bluffs and was cited as the main culprit in the landslide.

The following day, as trucks began to move the mud, city officials attempted to fully evacuate the remaining houseboat residents, fearing a much larger slide was imminent.

Electricity and water into the park were also cut off to protect workers digging in the area. 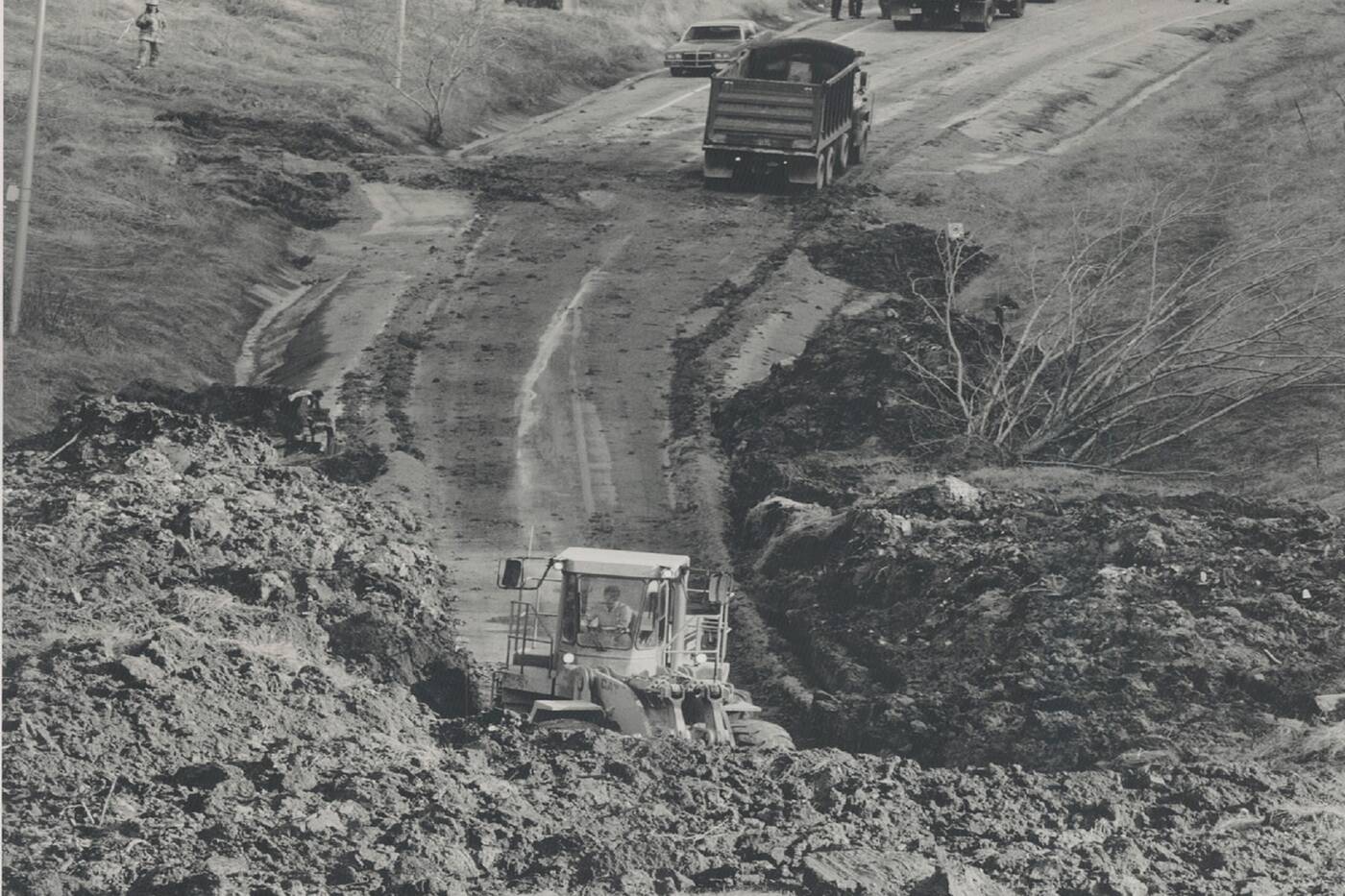 Digging out: It took nearly 3 weeks to clear the landslide's debris off Brimley Road. Photo via the Toronto Public Library.

A group of about 30 residents refused to leave, citing the value of their boats and a sense that the whole thing was being overblown.

In the end it took weeks to clear the debris, and when descending on Brimley you can still see signs of where the slide occurred, 30 years later. The mounds of dumped garbage accumulated over decades still lurks beneath the surface. 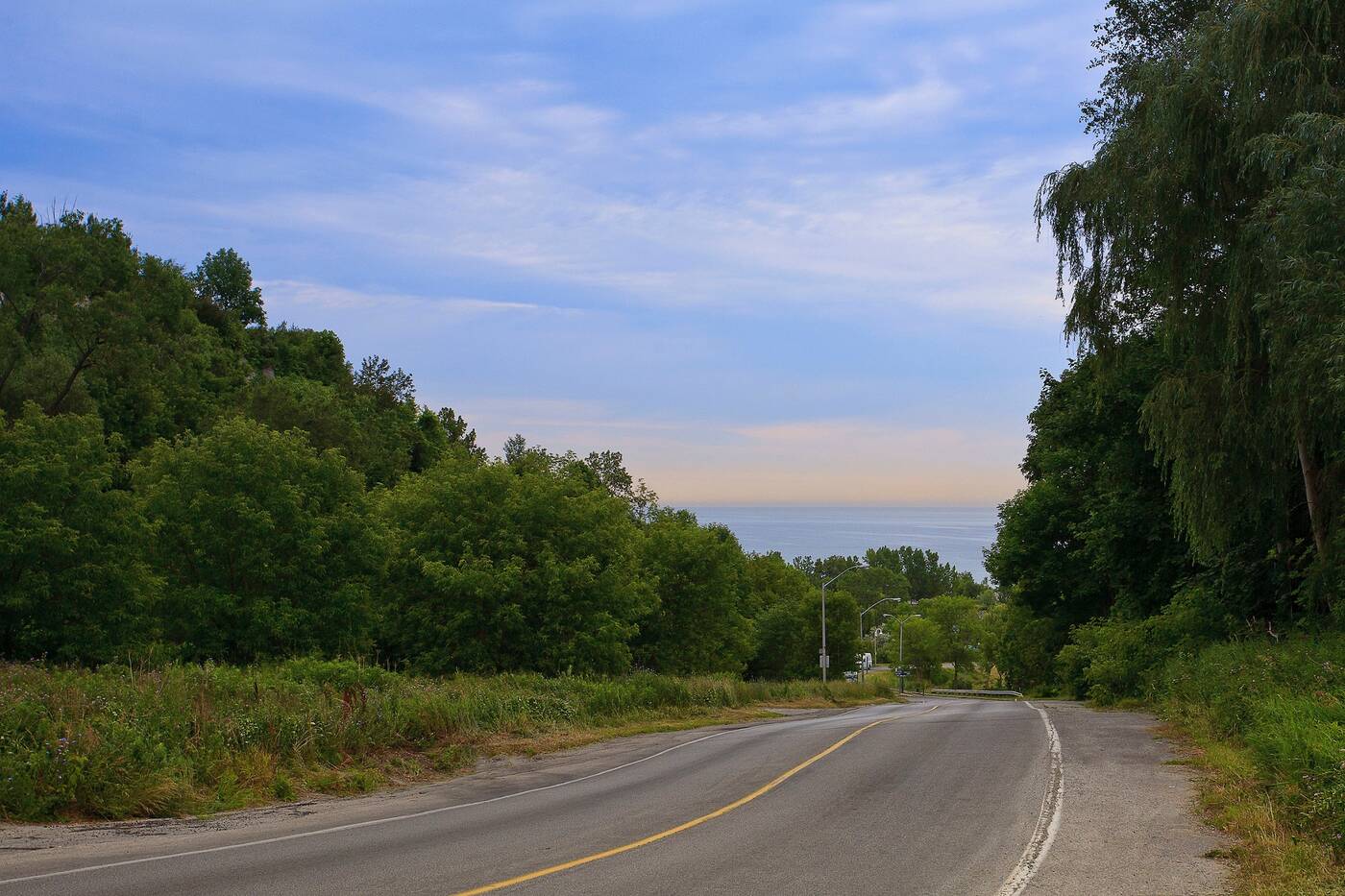 Hot spot: Where the landslide occurred, as it looks today. Photo via Bluffer's Park Marina.

Thankfully, since 1991 the Toronto Region Conservation Authority has developed strategies to detect potentially more dangerous sections of the Park. However as recently as 2017, it was determined that the Bluffs suffered up to 70 landslides a year.

No doubt as the summer approaches and visitors flock to Bluffer’s Park, the sheer adrenaline rush of peering over the edge, or the temptation to get that perfect selfie will place countless people in danger.

Hopefully viewing the above video will remind everyone of how quickly the Bluffs can turn from being a beautiful location to a deadly force of nature.