The Davenport Diamond, located on the rail intersection where the Barrie GO corridor meets the CP tracks, is going to get a major glow up.

Metrolinx has been building a guideway since 2020 above the CP line to help solve the congestion problem and meet the two-way all-day GO service promise. 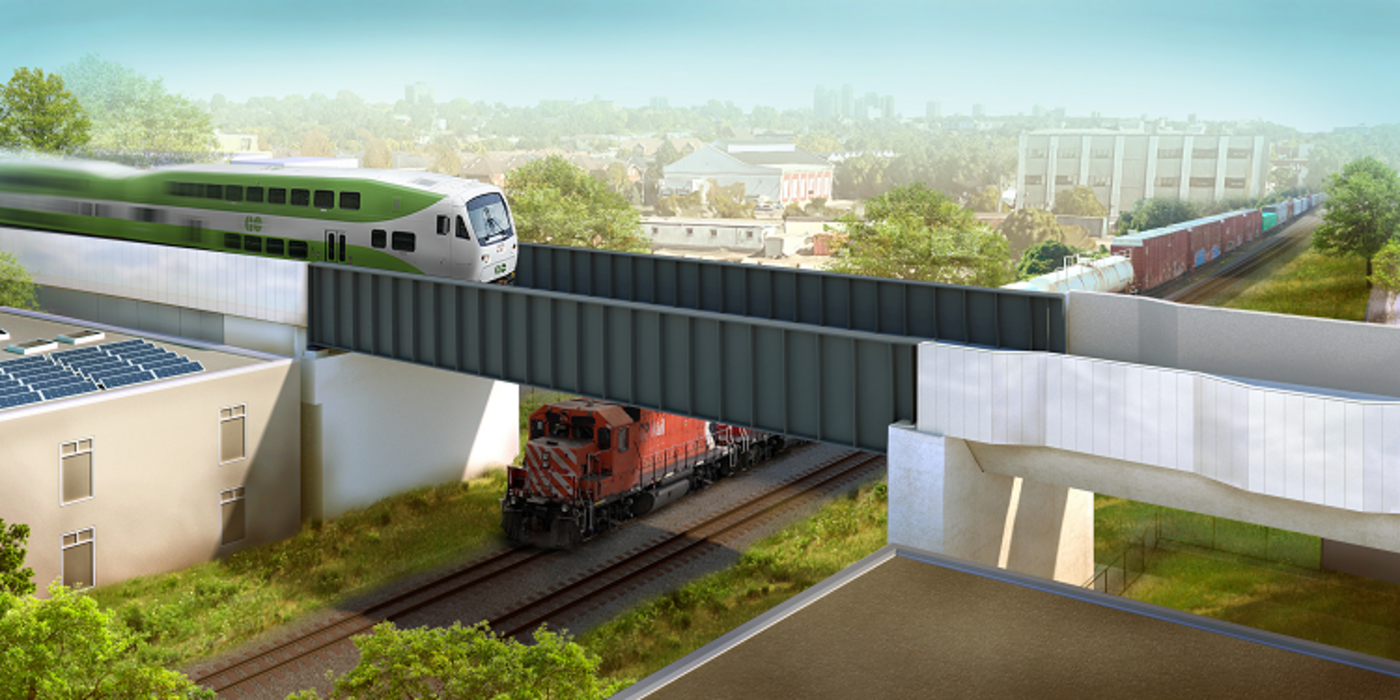 The Davenport Diamond refers to the intersection where the Barrie GO corridor meets the CP rail tracks. It’s one of the busiest train intersections in North America.

But once the guideway is done, Metrolinx has stated that they want to create a "new public space that enhances the community experience and that will promote the area as a civic destination."

And on April 12, Metrolinx announced that Brown and Storey Architects Inc. has been awarded the design contract for the Davenport Diamond Greenway project.

They're the firm behind the award-winning Victoria Park transit plaza and bus terminal as well as the West Toronto railpath. 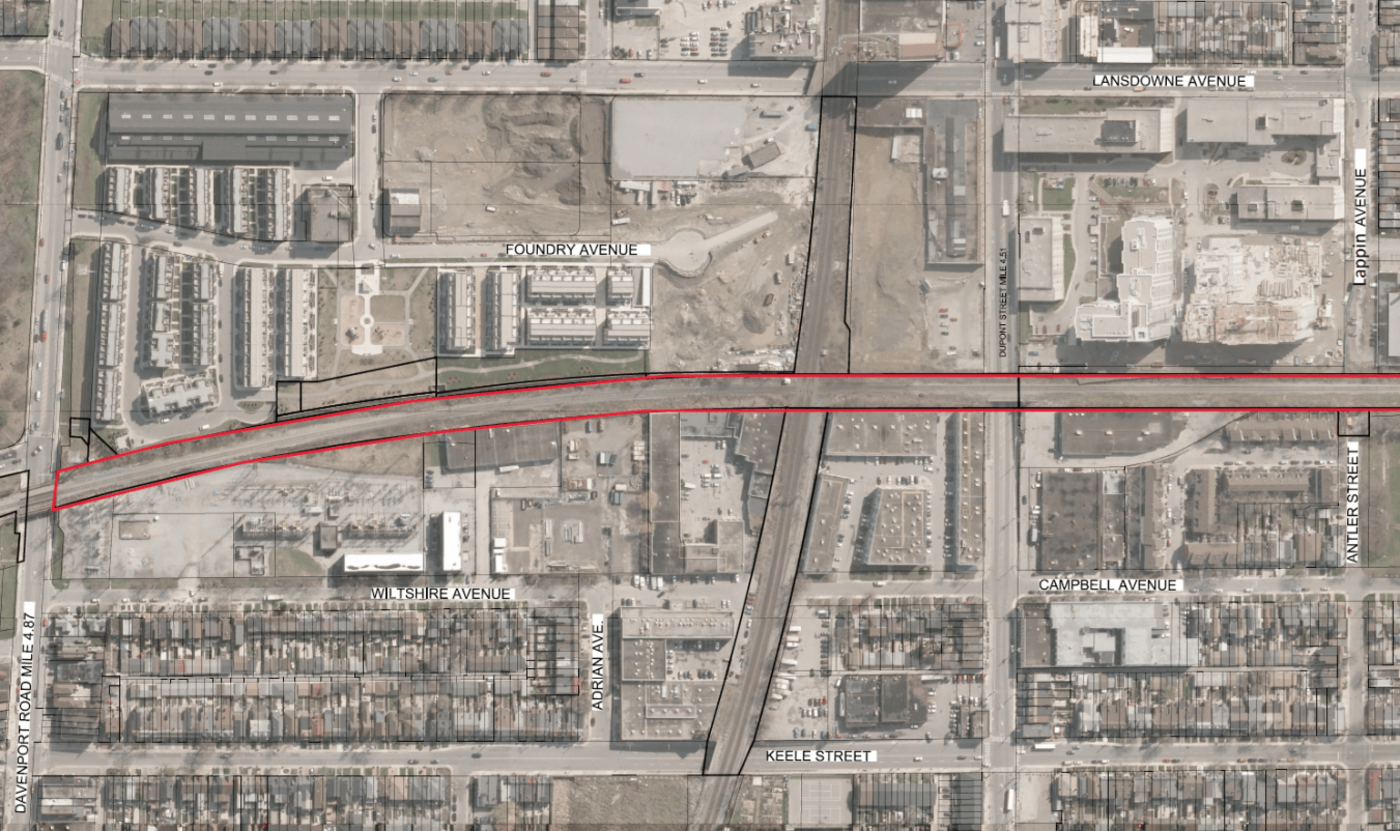 Here's one end of the Davenport Diamond Greenway. The project limits are indicated by the red lines – between Davenport Road and approximately (just north of) Bloor Street west. (Metrolinx image)

The Davenport Diamond Greenway project, which will create a new public space under the railway, has been in the works since 2015.

Metrolinx has been speaking with the community for five years about what to include in the greenway such as bike paths, parks and public art to ensure everyone will enjoy it.

"Community consultations were vital to setting up the greenway design for success," said John Potter, Metrolinx manger, design division in a statement.

"We wanted the design to reflect the community's needs, while ensuring it follows a practical and sustainable framework that will create valuable spaces for future generations to enjoy."

A rendering of Wallace Avenue. The greenway elements not included – renderings of greenway work will be developed during the next phase of design, according to Metrolinx. (Metrolinx image)

According to the latest Metrolinx blog post and the Brown and Storey Architects Inc. designs, the greenway will now include:

Despite how cool the renderings are it might be a while longer before they become a reality. Construction of the greenway won't start until after the guideway is complete and the guideway isn't projected to be completed until winter 2022.

"We know the community has been anticipating developments on the greenway project," said Luiza Sadowski, Metrolinx senior manager, community relations.

"Our team will be here every step of the way to keep residents informed of the progress."