Cloud Gardens has officially been closed for nearly three years and, according to the city, it won't be reopening until 2024, at least.

The only significant green space in Toronto's Financial District - along with its lush, two-level conservatory and five-storey waterfall - has been off-limits to the public since late 2018. 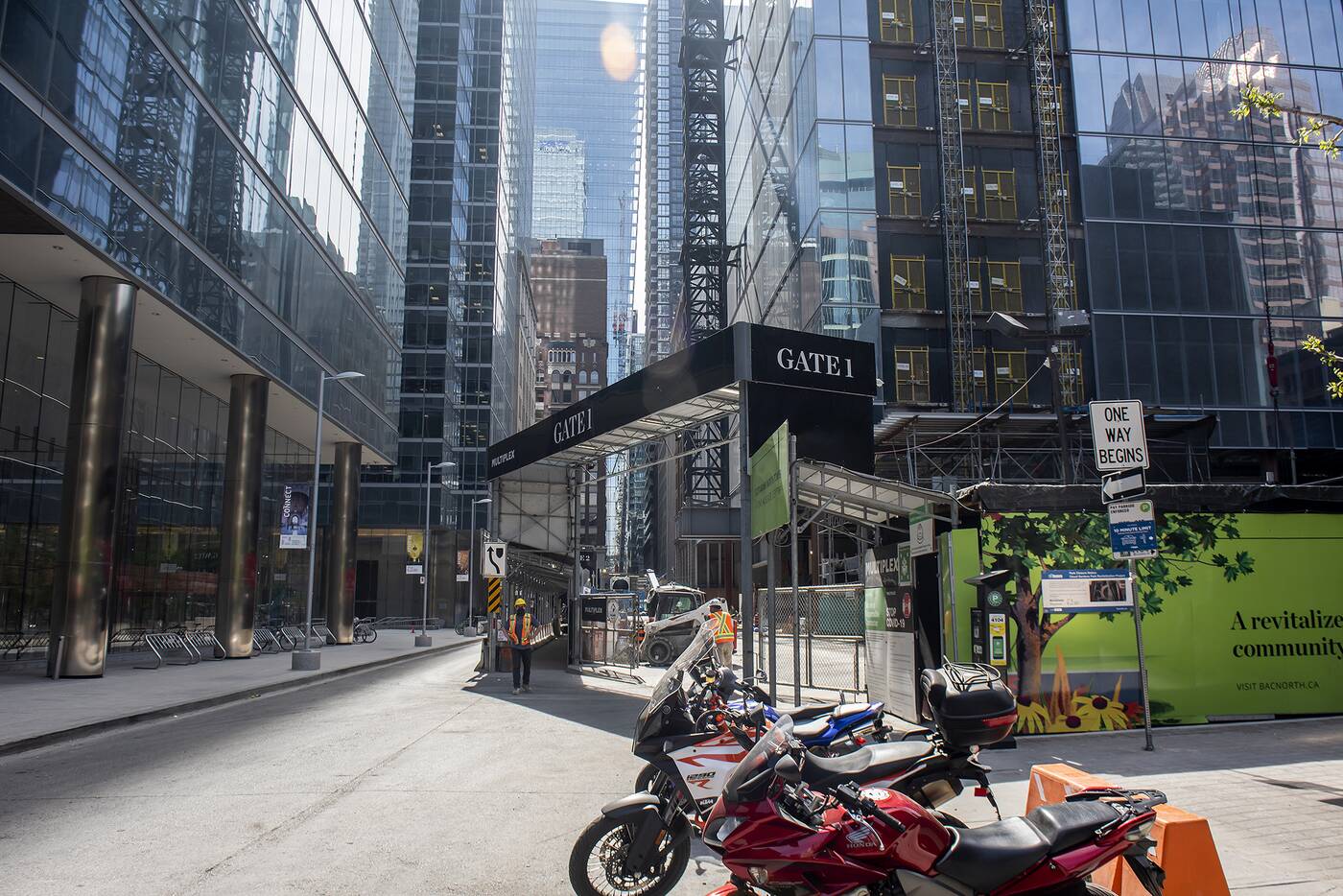 The massive construction site for the Scotiabank North Tower has taken over Cloud Gardens. Photo by Hector Vasquez.

During the pandemic, outdoor spaces have been key to the city's survival. Health officials prescribed trips to Toronto parks for physical and mental wellbeing all throughout lockdown.

Not being able to access this downtown oasis during a particularly claustrophobic era feels like an urban oversight. 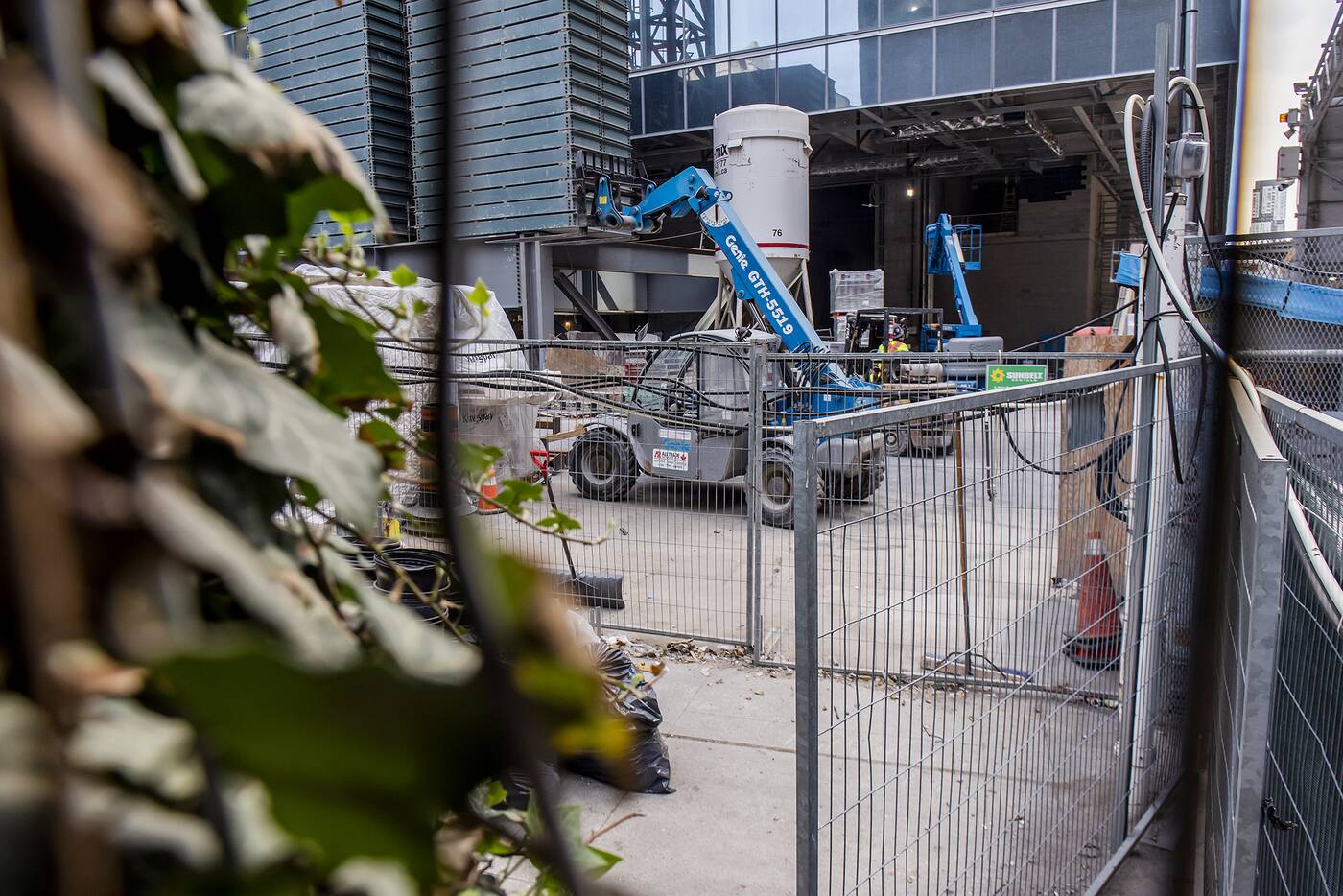 Cloud Gardens has been closed to the public since 2018. Photo by Hector Vasquez.

But the bad news is that Cloud Gardens won't be reopening in time for one-dose summer or even for the summer after that. 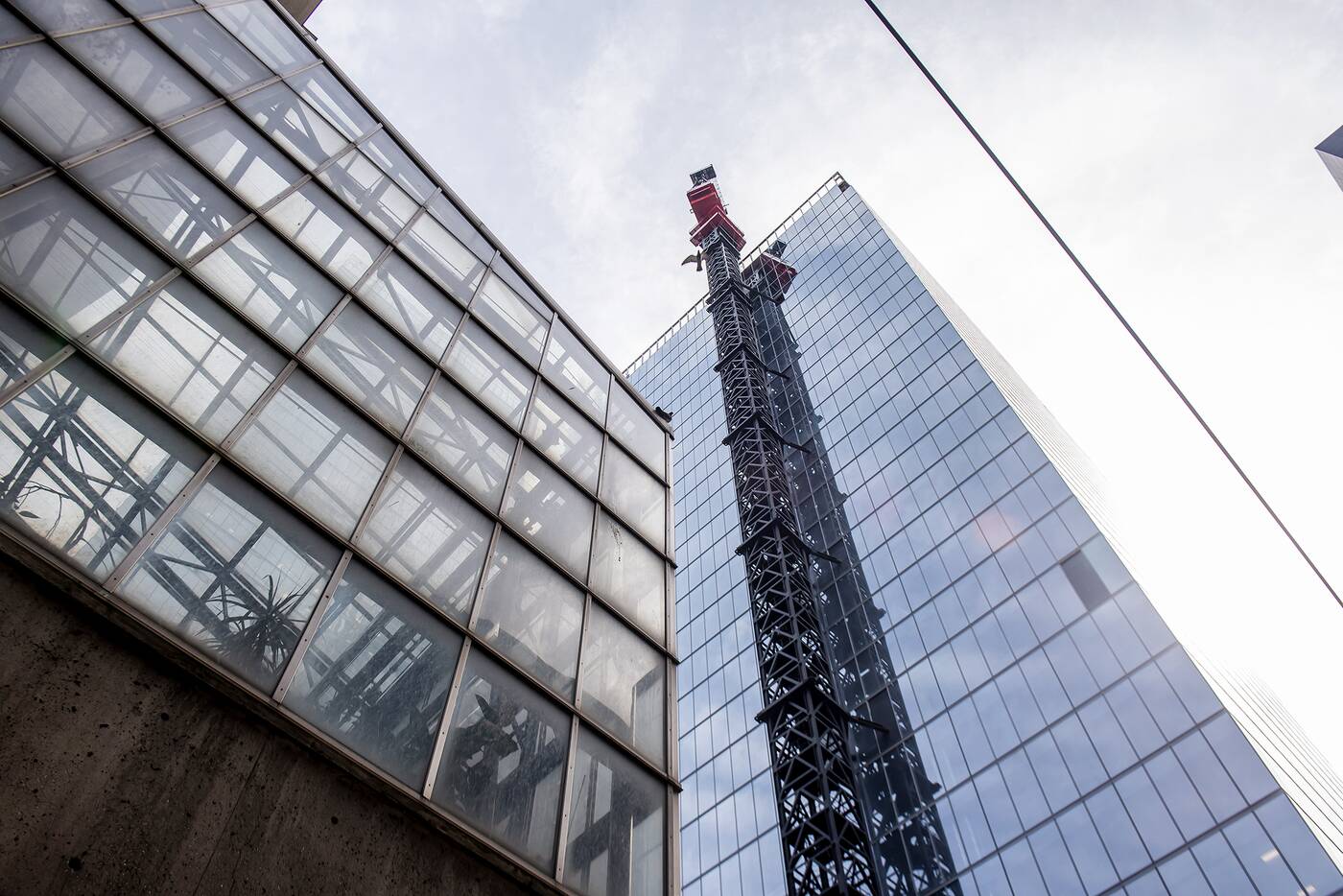 Rising 32-storeys, the office tower completes the trio of buildings making up Brookfield's Bay Adelaide Centre, which has been decades in the making. It joins its 51- and 44-storey counterparts rising to the west and east.

Scotiabank North is expected to be complete sometime in December 2022. As part of its construction, Brookfield Properties has agreed to replace the park's 25-year-old waterproofing. 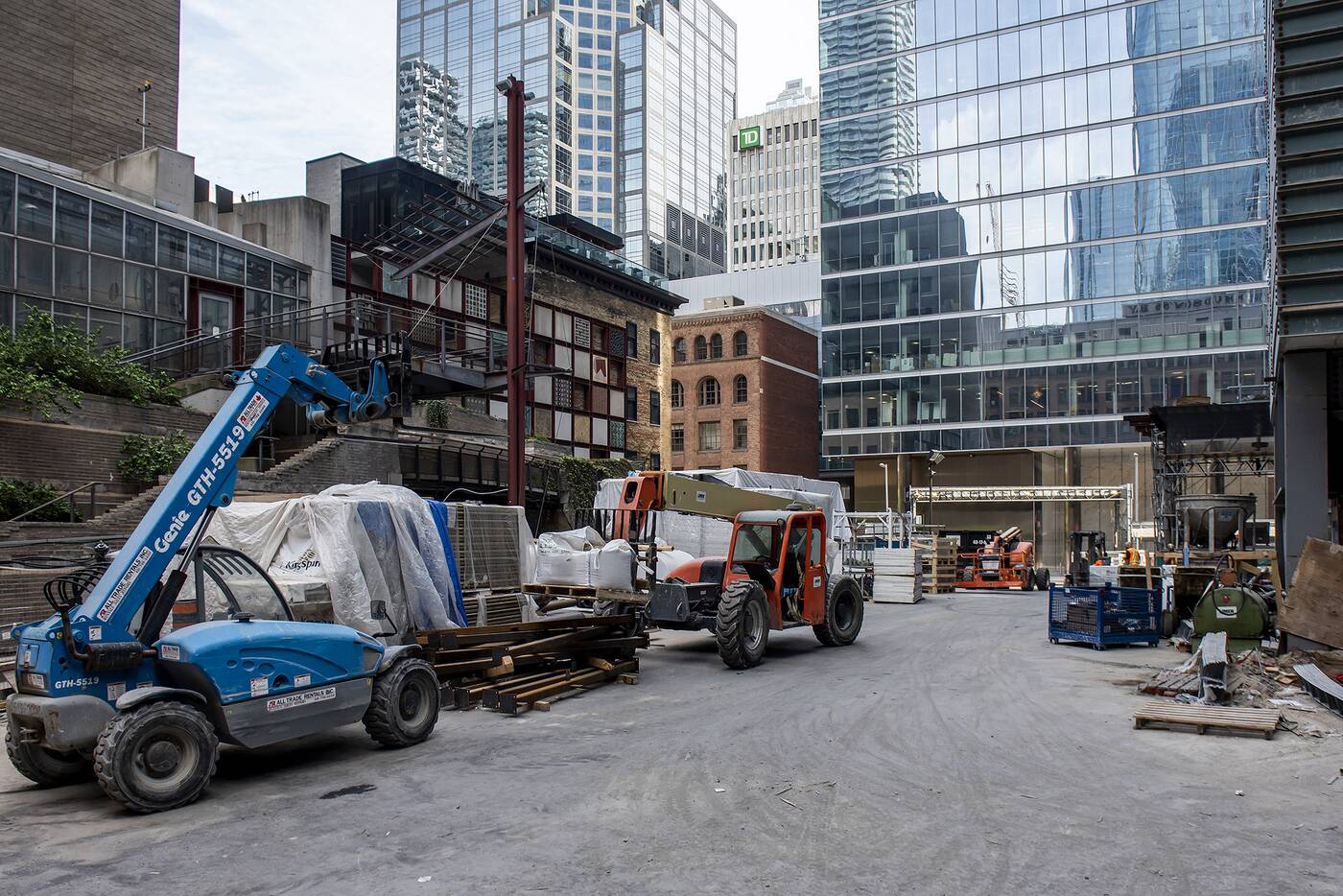 Cloud Gardens' lawn has been dug up and removed to make way for construction. Photo by Hector Vasquez.

But the reconstruction of Cloud Gardens will take an additional 12 to 18 months after that, according to the City's timeline. It means the park won't be accessible until 2024 at the earliest.

And when it is done, the park will sit flush up against an office tower that wasn't there before. 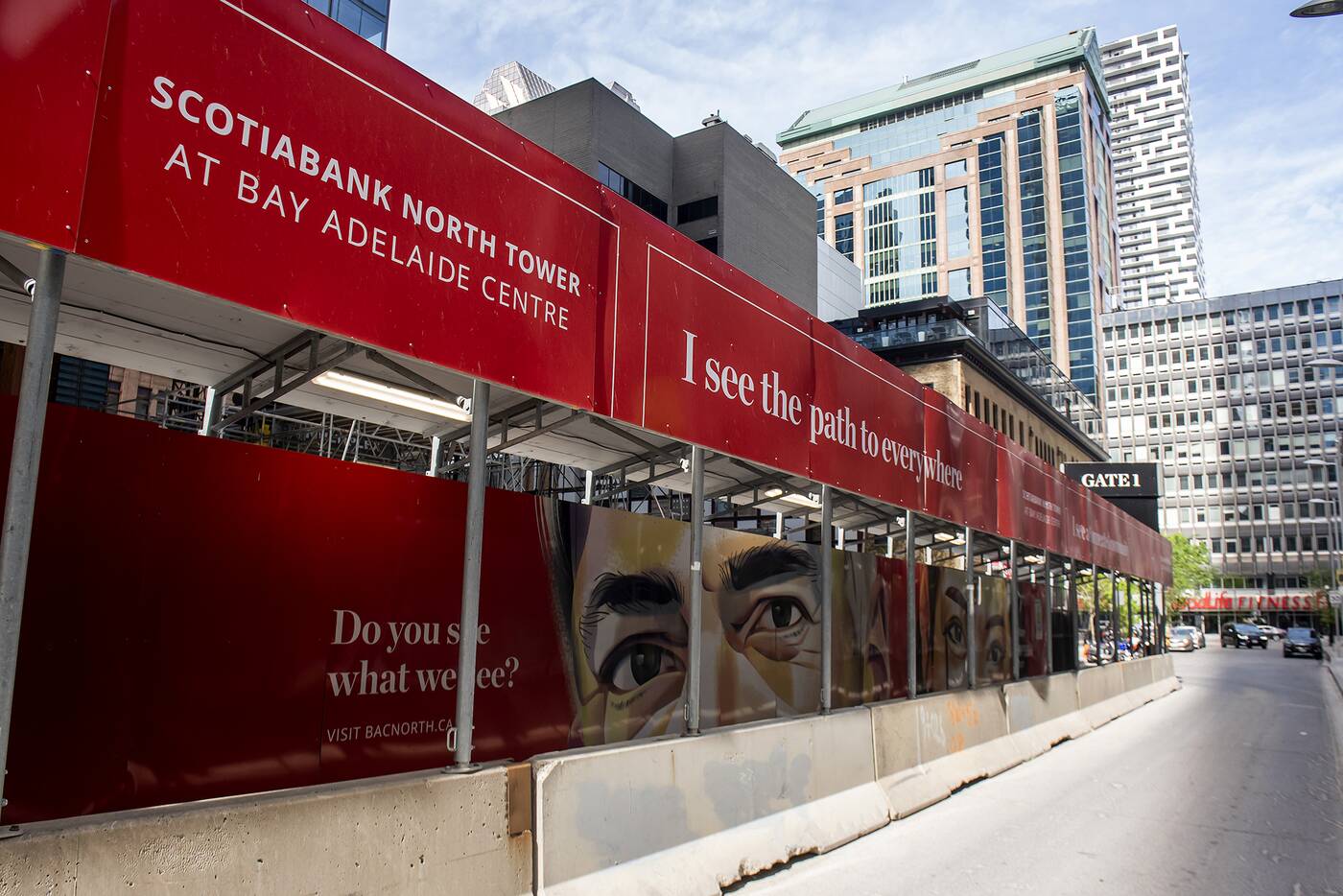 There are barriers all around the construction site on Temperance St. Photo by Hector Vasquez.

Plus the piece of land the park sits on, which spans 25,800 square feet, originally belonged to Brookfield before it was transferred to the City of Toronto in the 1980s as part of a controversial development deal. 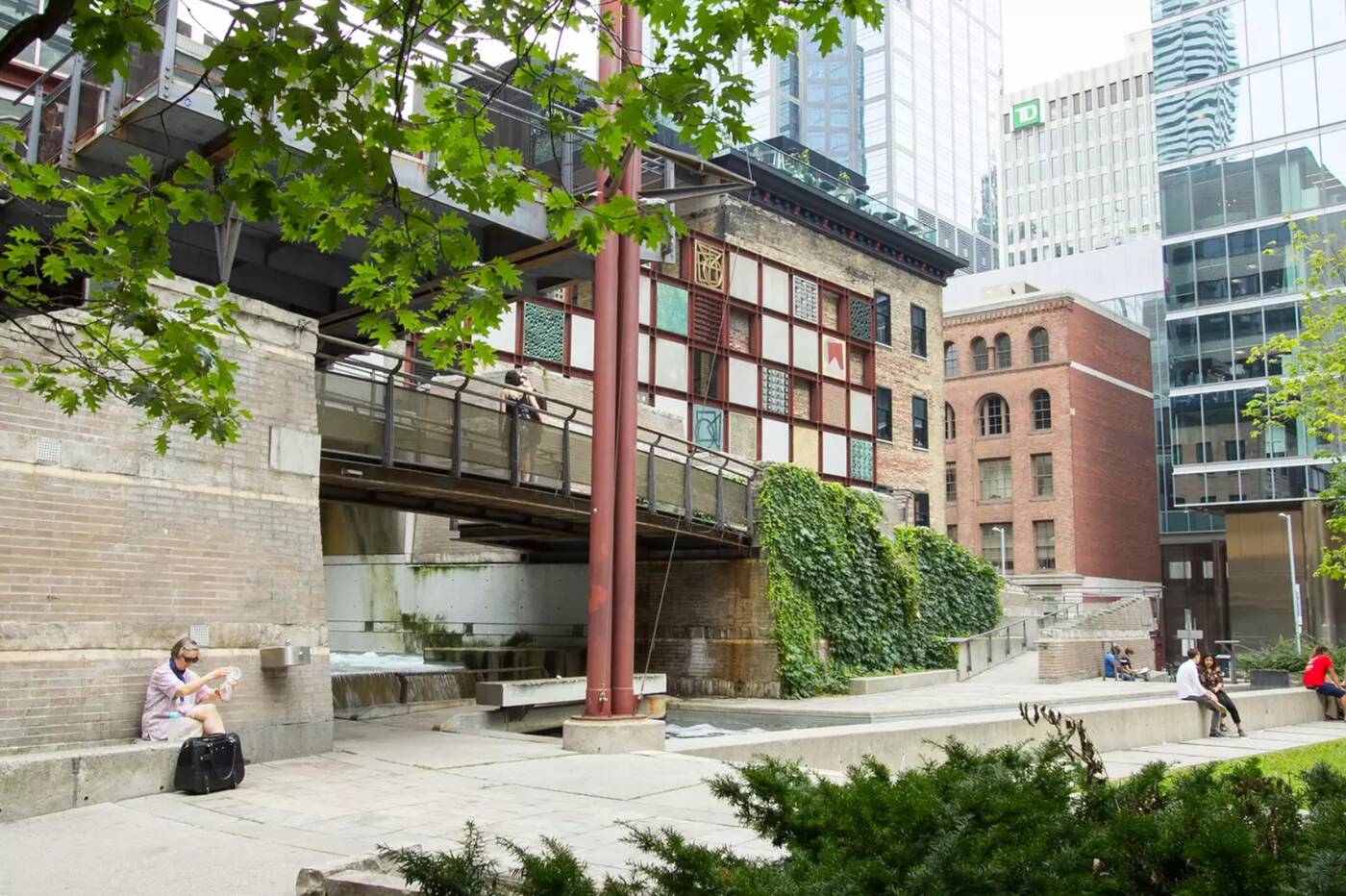 Before its closure, Cloud Gardens was a popular spot its grassy lawn and award-winning conservatory. Photo by Tanya Mok, 2018.

For a few years following its renovation in 2014, Cloud Gardens was a hub for the thousands of office workers employed in neighbouring buildings.

The green space was also home to an especially storied community of bike couriers who frequented the southwest corner of the park. 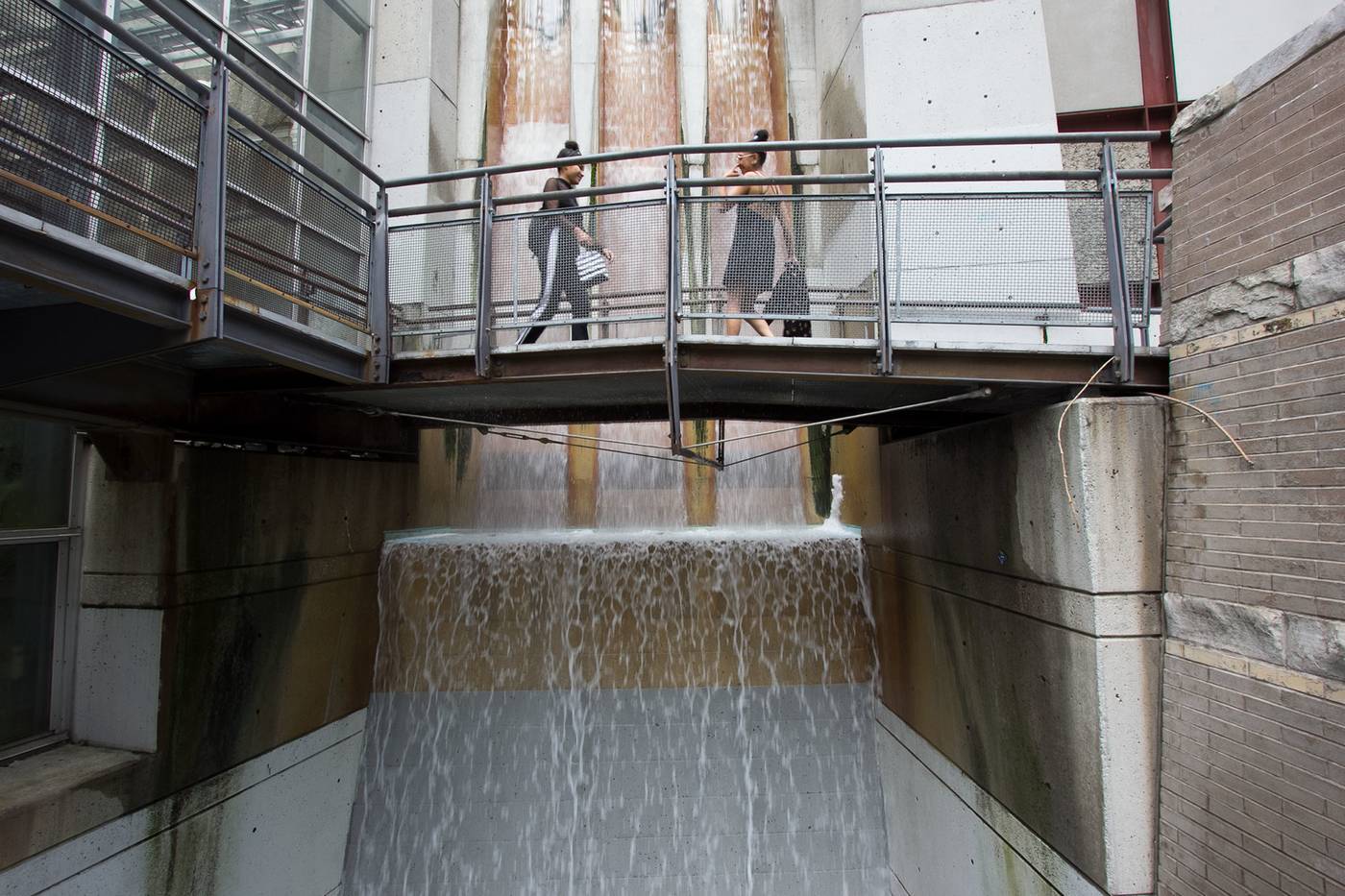 Cloud Gardens five-storey waterfall has been bone dry since 2018. Photo by Tanya Mok, 2018.

The thundering sounds of the waterfall, pouring 1,800 gallons of water per minute, managed to drown out the traffic drifting in from Richmond and Temperance Streets.

The water fell from five storeys high before flowing south along a channel through the park.

Thankfully, the elevated walkways have stayed intact, as have the gorgeous two-level Cloud Gardens Conservatory and steel grid Monument to Construction Workers by artist Margaret Priest. 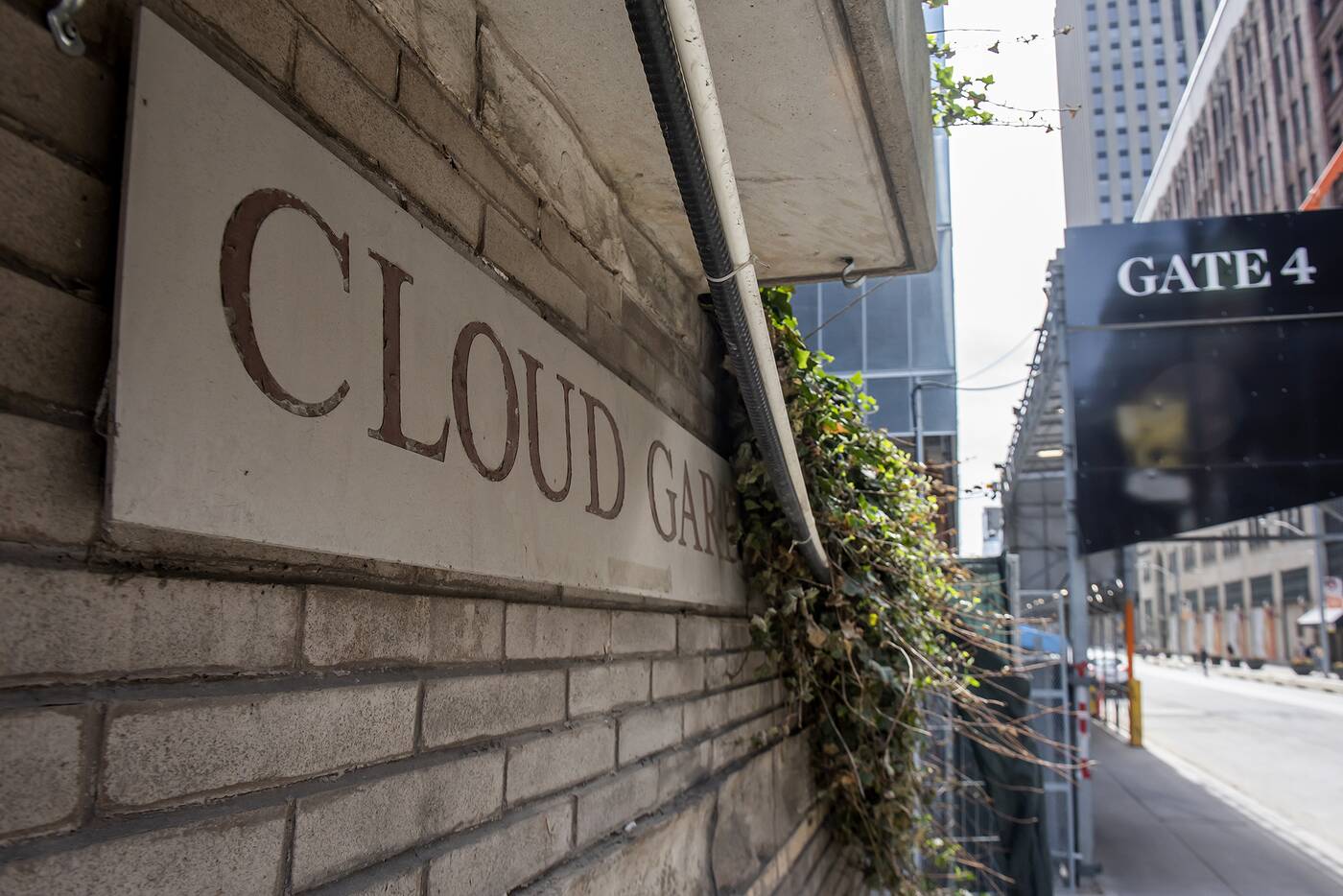 Cloud Gardens was the only major green space in the Financial District. Photo by Hector Vasquez.

But past that, it's unclear what the western side of the park will look like, post-North Tower.

The City says the park may return to its original design or it may be "significantly updated to meet the needs of the city." That need was likely greater now than it will be in three years' time, but in a city like Toronto, I guess late is better than never.