Cloud Gardens is an award-winning garden conservatory in the downtown core, yet it's often missed amidst the hustle and bustle of Yonge Street.

Overshadowed by nearby tourist hubs like the Eaton Centre, Elgin Theatre or Massey Hall — all just a five-minute walk away — this unique greenhouse and park is the meeting place between nature and city life, and unlike its commercial neighbours, is free to visit. 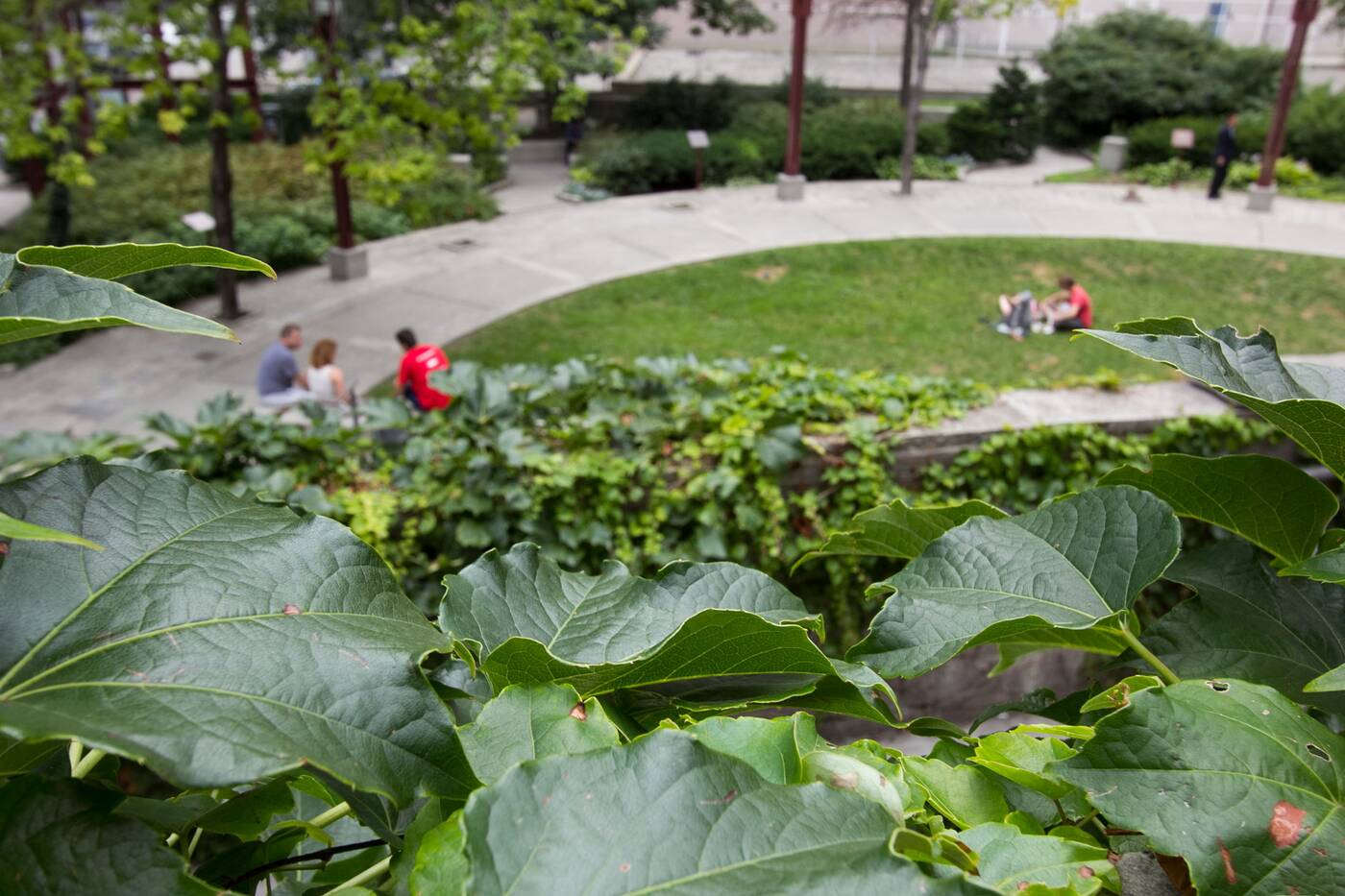 Aside from its obvious features, Cloud Gardens is the only park in the Financial District, sitting on land which, in the 80s, was meant for the 57-storey Bay Adelaide Centre. Renovated in 2014 and re-opened in 2015, it's much younger than Allan Gardens or Centennial Park. 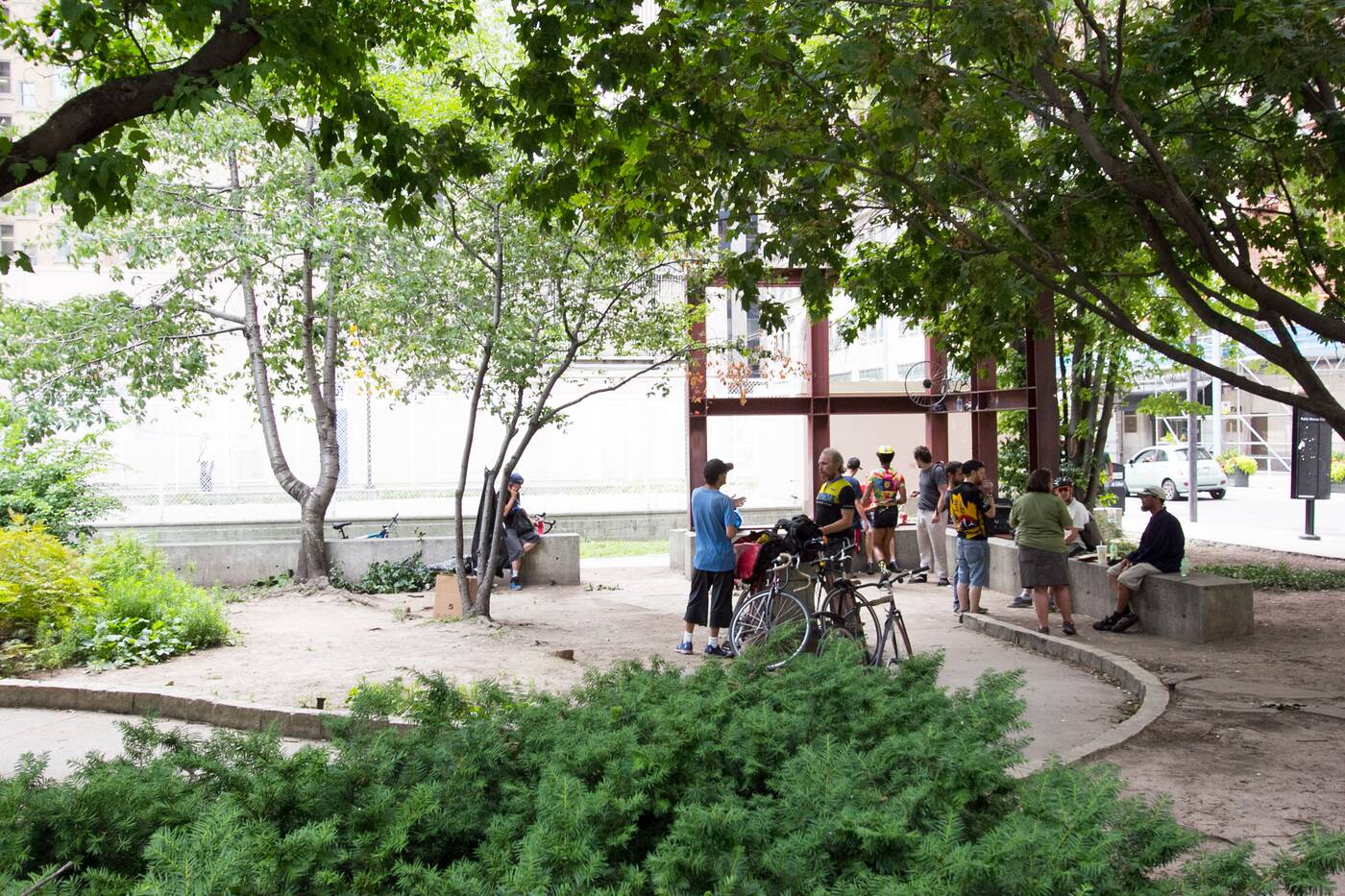 Now, it acts as a hub for communities that otherwise remain out of sight. Most notable is the club of bike couriers who have repurposed the southwest corner of the park as an 'office' of sorts: an historical and mysterious monopolization of territory that goes back decades. 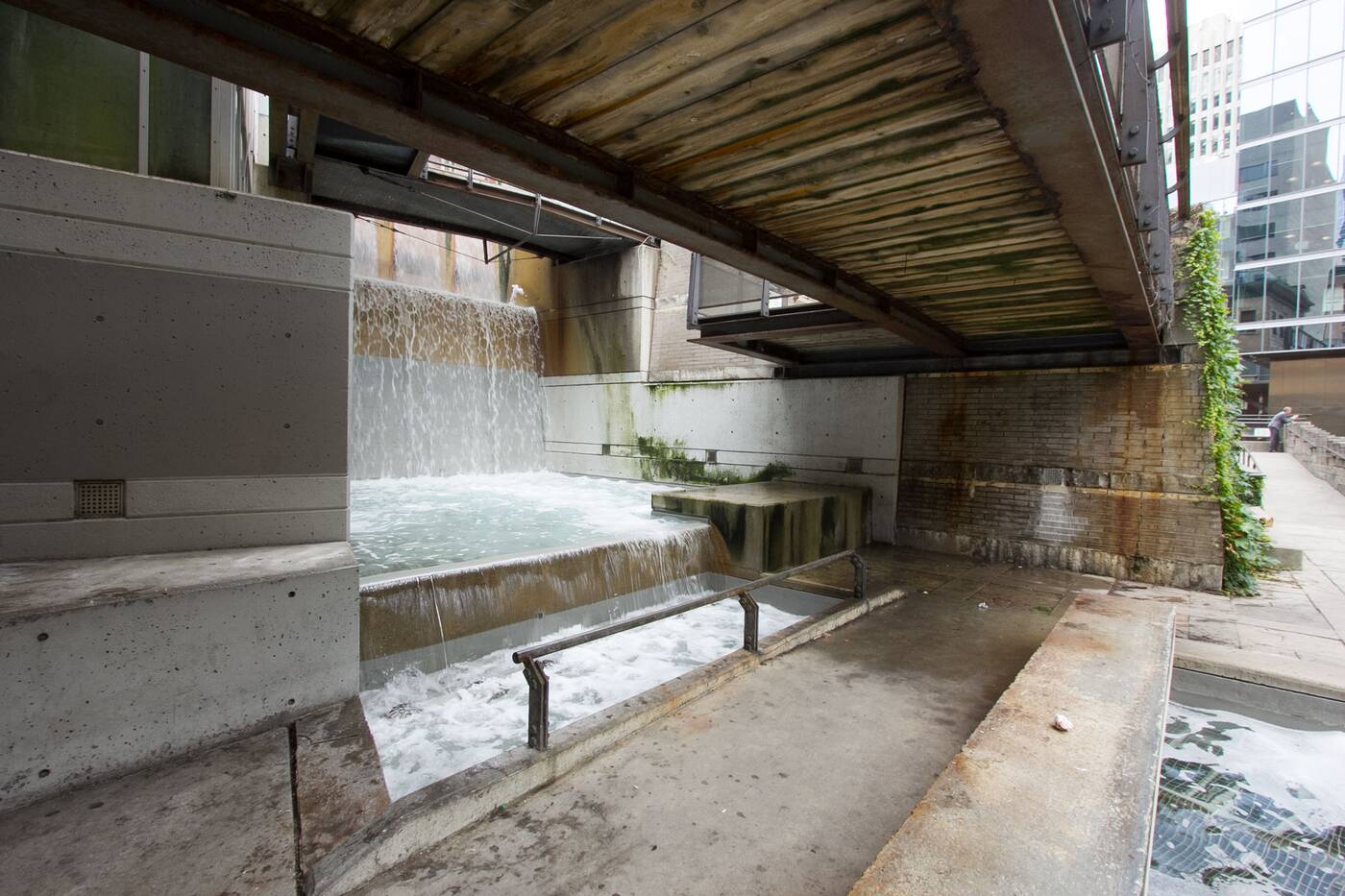 Chances are that you'll hear the park before you see it. In the summer, the sound of its five-storey waterfall thunders over the traffic on Richmond Street to the north and Temperance Street to the south.

Pouring 1,800 gallons of water a minute, the waterfall runs from the top of the building down to a lower waterfall, before flowing south along a channel through the park, where local suits can often be seen lounging on the grass. 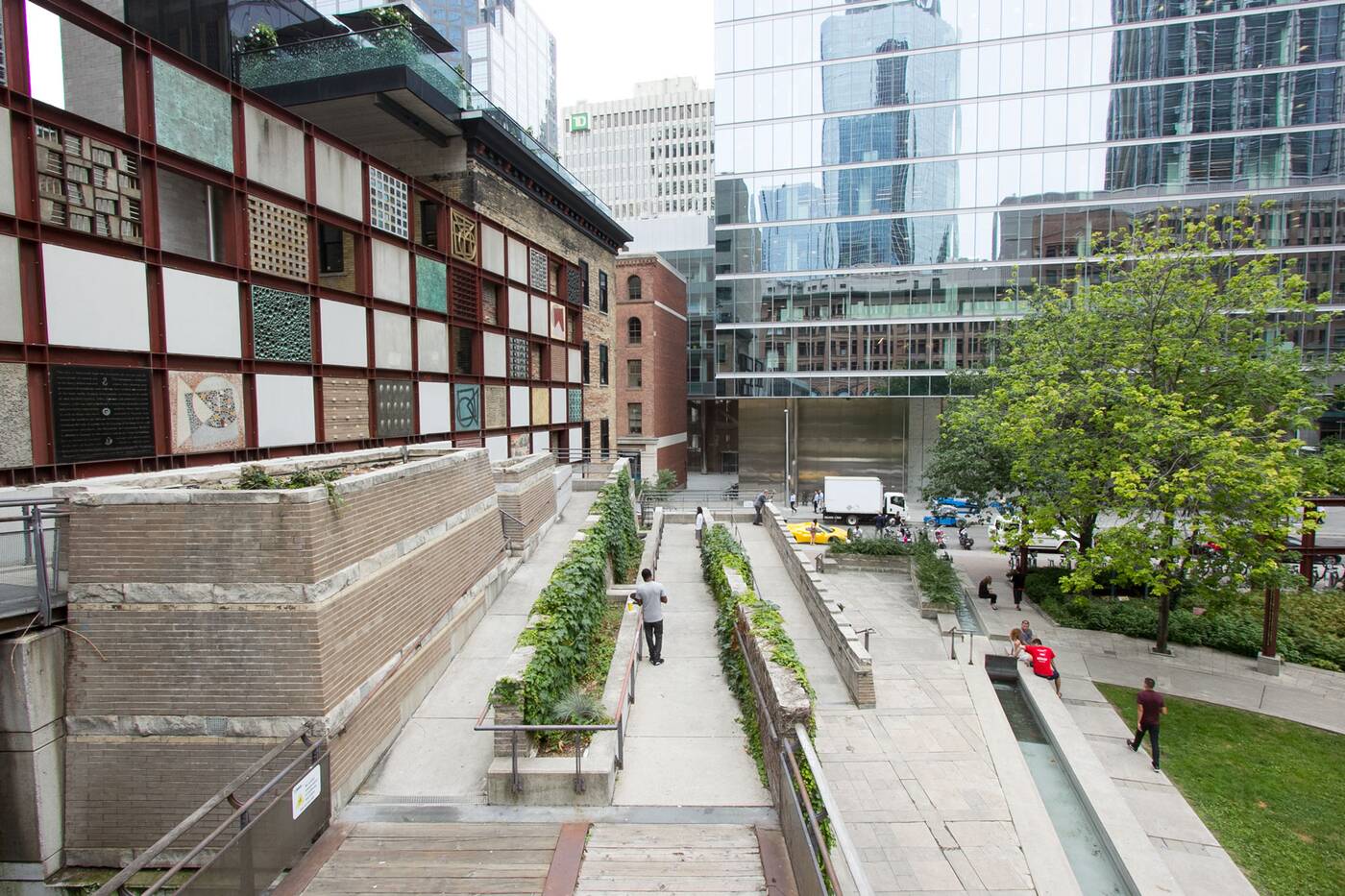 The garden's most visible accent is The Monument to Construction Workers, a giant wall of colourful one-metre square panels designed by Margaret Priest.

Built by members of The Building Trades Union, the wall uses panels made of 25 different materials like concrete, stainless steel, and zinc, set in a red oxide steel grid. Completed in 1994, it acts as a quilt-like ode to the city's tradespeople. 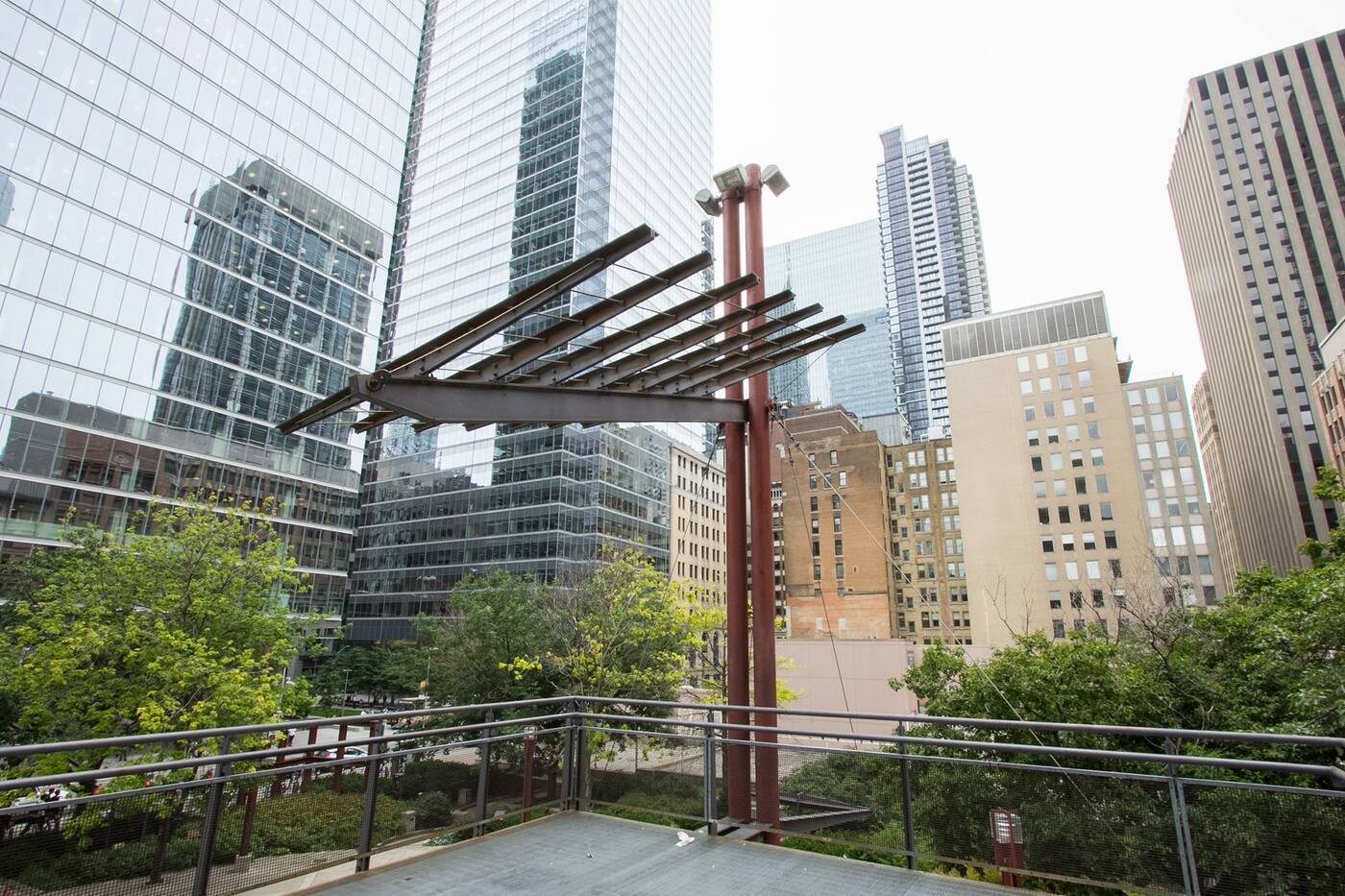 You can view the monument up close when walking up the garden's ramps, which bring you toward the belvedere (the upper level grate platform) along walls of limestone rock from a quarry near Guelph. When you get up to the belvedere you'll get a broader view of the park. 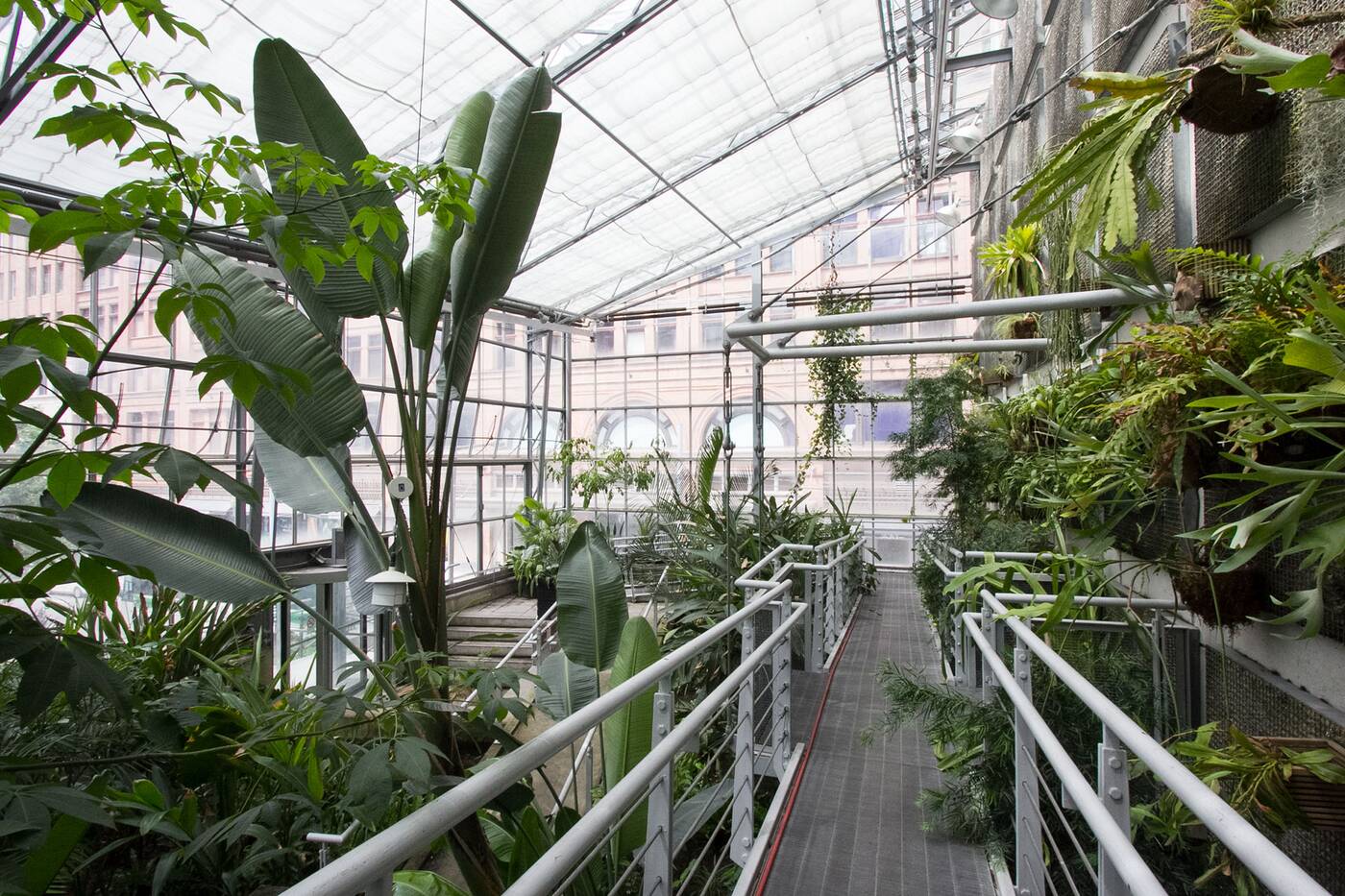 From this level you can enter the Cloud Gardens' main feature: a small heated conservatory filled with lush and tropical plants. You can also enter through the green house's main floor.

Open from 10 a.m. to 2:30 pm. on weekdays (but closed on weekends), the conservatory is filled with palm trees, ferns, and vertical gardens. There's ramps that lead around the greenhouse, and unlike other conservatories, doesn't have much in terms of seating. 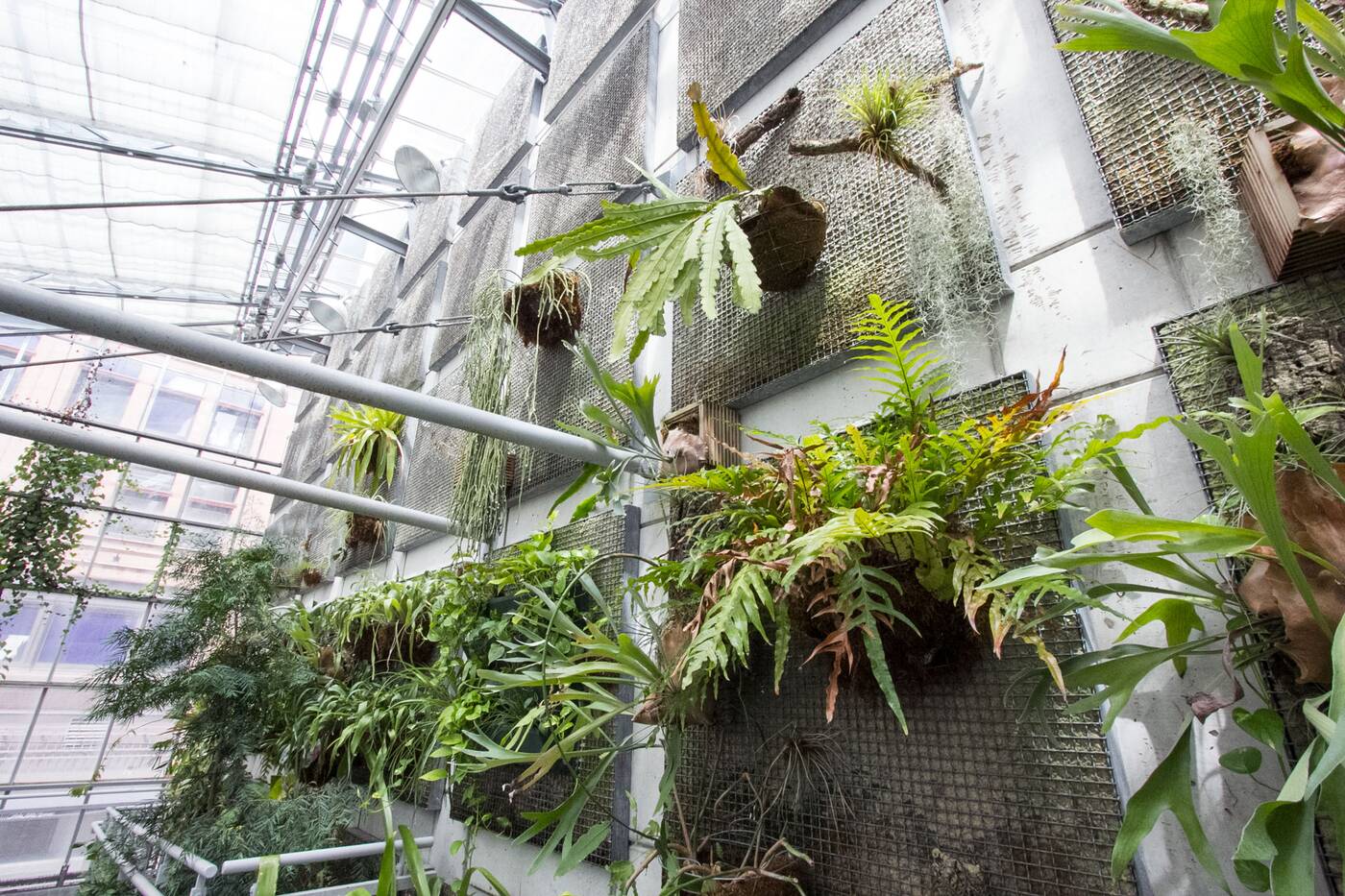 Though summertime is definitely the best time to visit the park outside of Cloud Gardens (it becomes a bit of a desolate dead spot in wintertime), the humid greenhouse is definitely worth a visit any time of the year. 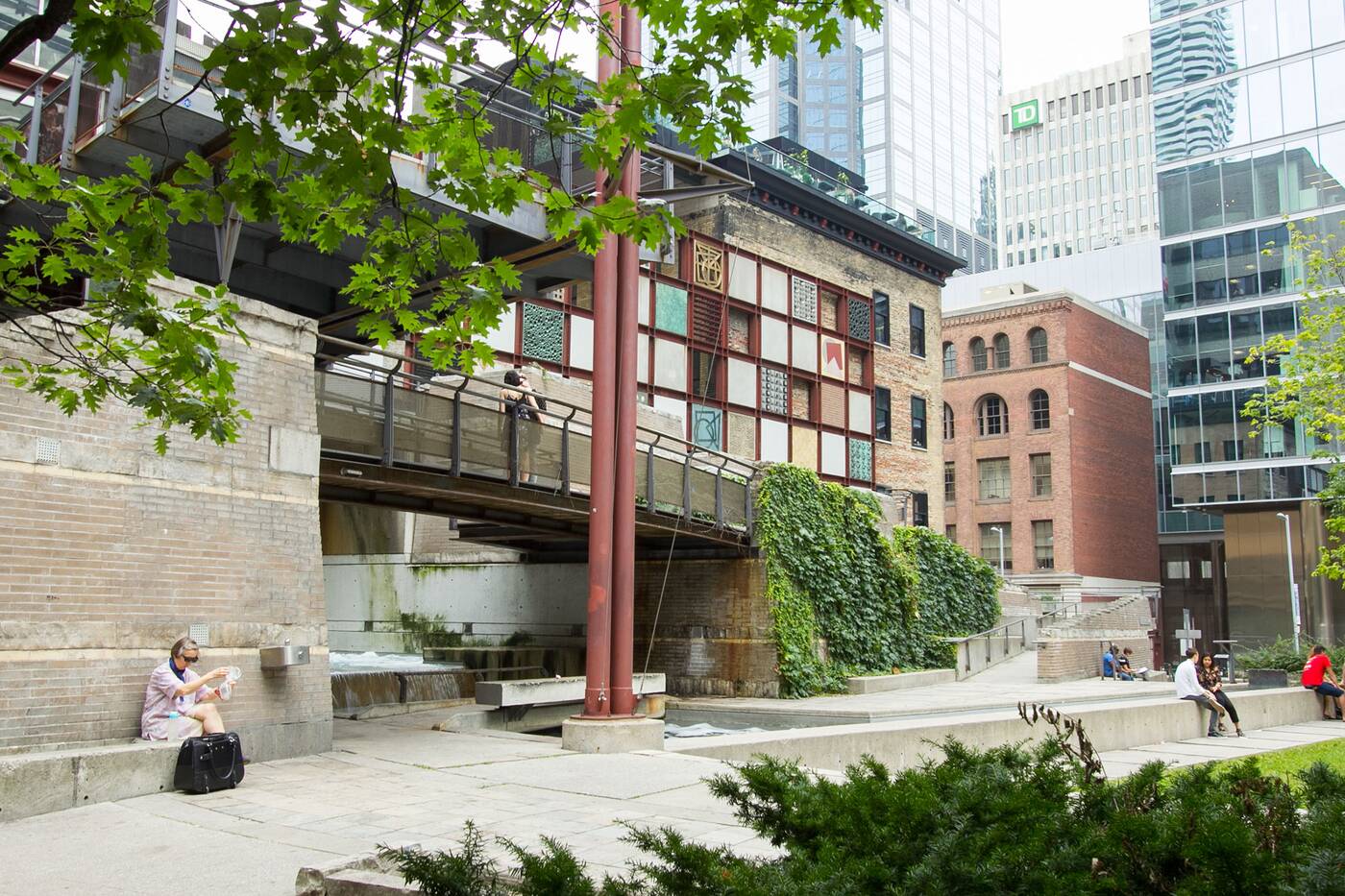