New Ontario passenger train will connect Toronto to the North

With the death of Greyhound Canada, travelling between different Ontario cities by public transit just became a lot more complicated — especially in the North, which is already chronically underserved by transit infrastructure.

Fortunately, the resumption of an old passenger train service running from Toronto all the way up to Timmins (or Cochrane) has been approved as part of the provincial government's 2021 budget.

Minister of Transportation Caroline Mulroney announced this afternoon that the provincial government, regional transit agency Metrolinx and the Ontario Northland coach service had reached an important milestone in the project with the release of a meaty, 78-page-long document outlining proposed specifics.

"The Ontario government is improving transportation in the North by taking the next step towards bringing passenger rail service to people in the northeast with the release of the Initial Business Case," reads a release issued by the ministry on Tuesday.

"The province is building a better transportation network for Northern Ontario, making it easier and more convenient for people to get where they need to go."

In essence, this means that the government is moving forward with plans for a 13-stop passenger train route that would offer service based on seasonal travel demand. 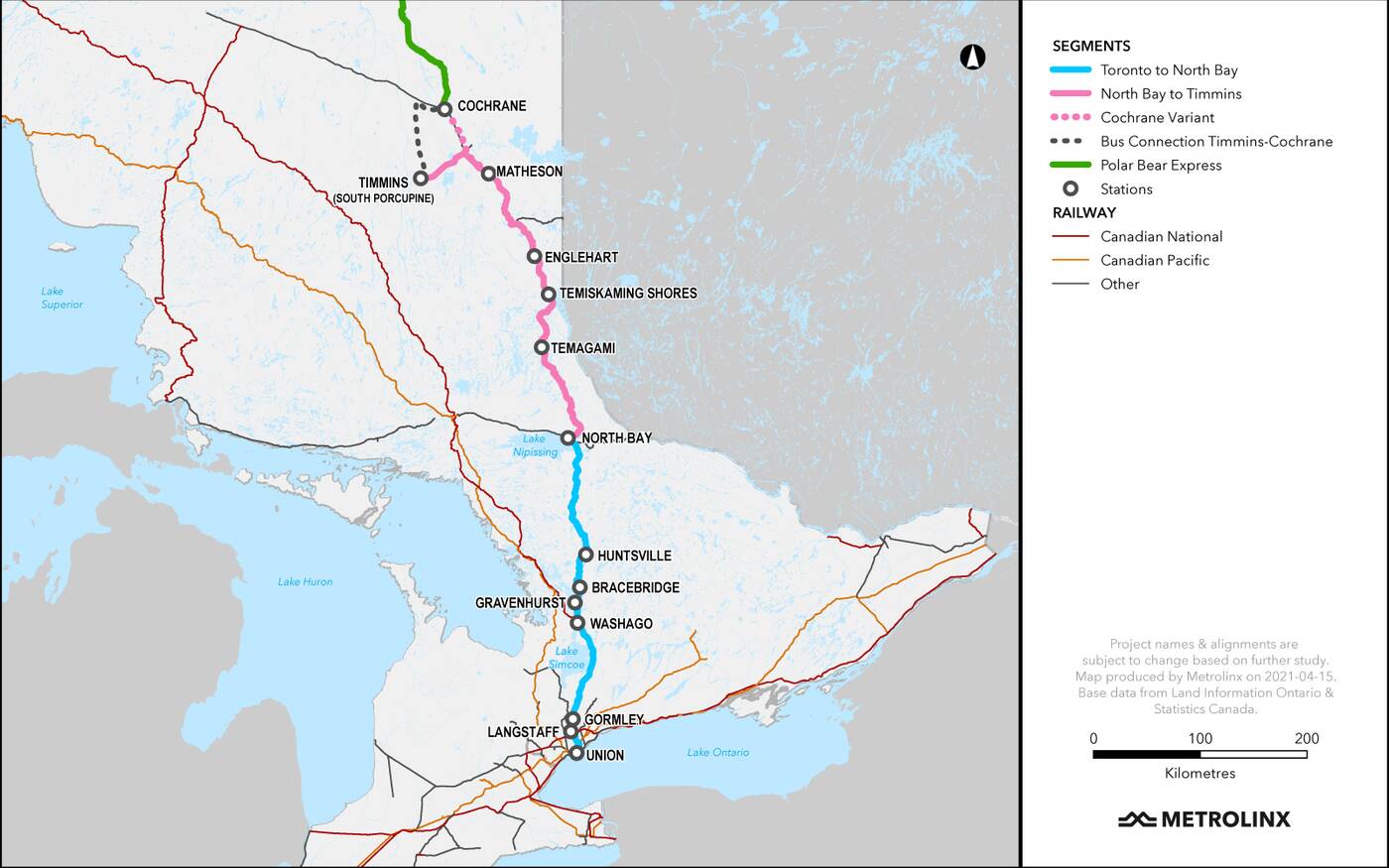 "The service would allow passengers coming from the North to travel overnight to maximize their day in the Toronto area and reduce the need for overnight accommodations in Toronto, if preferred," notes the province, saying that the train would likely run between four and seven days a week, depending on the time of year.

"The target completion date for the next stage of planning and design work is 2022, which could allow a potential in-service date in the mid 2020s."

An initial $5 million has been allotted as part of the budget to support planning and design work on the proposed Northeastern Passenger Rail program, a service route for which has yet to be determined.

For those who don't know, a previous version of the Northlander Passenger Train service shut down in 2012, leaving only a few buses available to take people between Toronto and communities like North Bay, Timmins and Cochrane, though Ontario Northland's train service continues to run four days a week between Cochrane and Moosonee

The Northern and Eastern Ontario Rail Network (NEORN) has been fighting hard for years to bring extensive train service back to the North and it looks like their efforts have paid off.

As of right now, the province says it is working with Metrolinx and Ontario Northland to hash out details for the proposed service route, and that it plans to release an updated business case sometime in 2022. After that, it's full steam ahead to procurement and construction.