Someone in Toronto found a mysterious gravestone under their porch

A Toronto man found a gravestone under his porch that's more than 150 years old and he would like to return to the family it belongs to.

Yorkville resident Michael Killinger tells blogTO he knew the stone was there when he moved into his home on Pears Avenue 11 years ago but only had a closer look at it this week.

Now retired, Killinger decided to do some work on his property and pulled the stone out from under the porch.

"I was curious about it but obviously not enough to bring it out into the daylight," Killinger says. 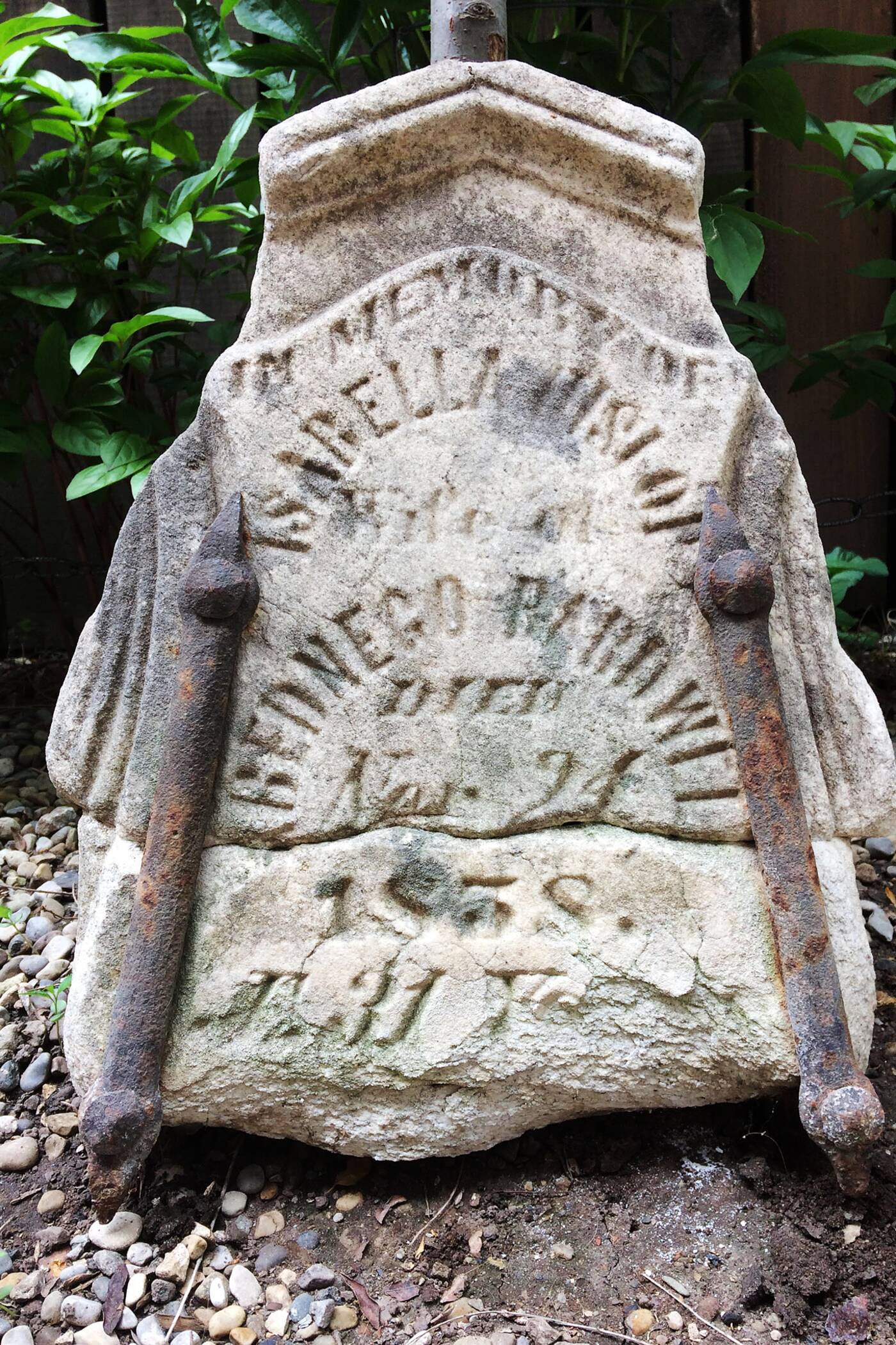 This gravestone was found under the porch of a Toronto home.

In the light of day, the writing on the stone is still difficult to read but he believes it says, "In Memory of Isabella Hislop (or Bishop) wife of Abednego Hardwell or Bardwell, died Nov 24 1858."

It appears she died at the age of 31.

Abednego, a Ketuvim and Old Testament name, is not a common one and Killinger found one man named Abednego Hardwell on a Methodists Genealogy website who lived near Guelph in the mid-1800s.

But he now believes the stone says Abednego Bardwell who may have married Isabella in Waterloo County in 1852. 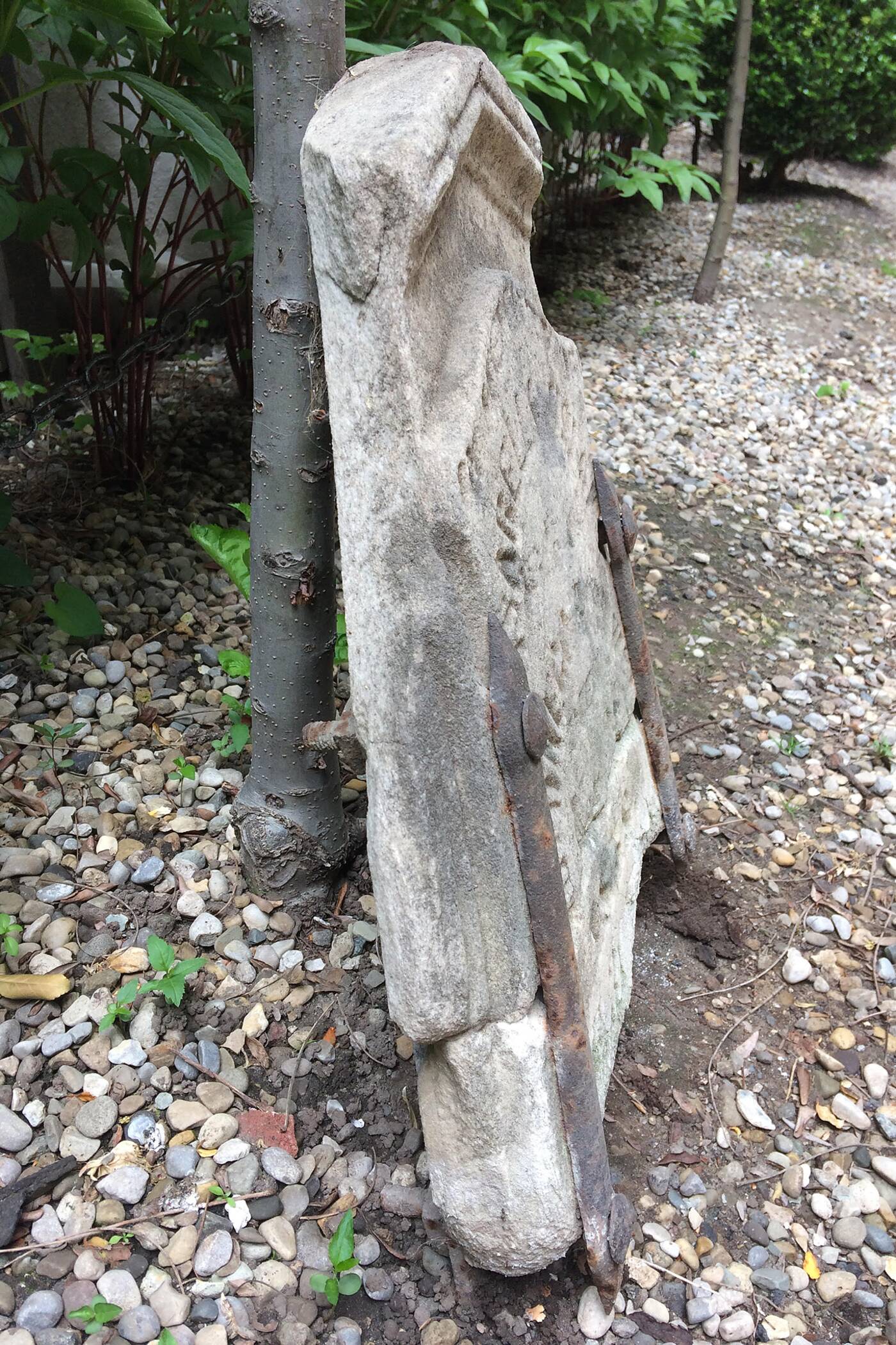 There is an iron brace attached to the stone.

Killinger's home was built in 1917 and he knows the former owner who lived there for 40 years before him, though he doesn't think the gravestone is connected to them.

The stone has an old crack in it and a wrought iron brace on it, which could have been a stand.

Killinger speculated the stone could have come there when Pears Avenue was home to a brickyard or a garbage dump. There was also a burial ground at Yonge and Bloor for 30 years in the 19th century called the York General Burying Ground, or Potter's Field, where the stone may have come from. 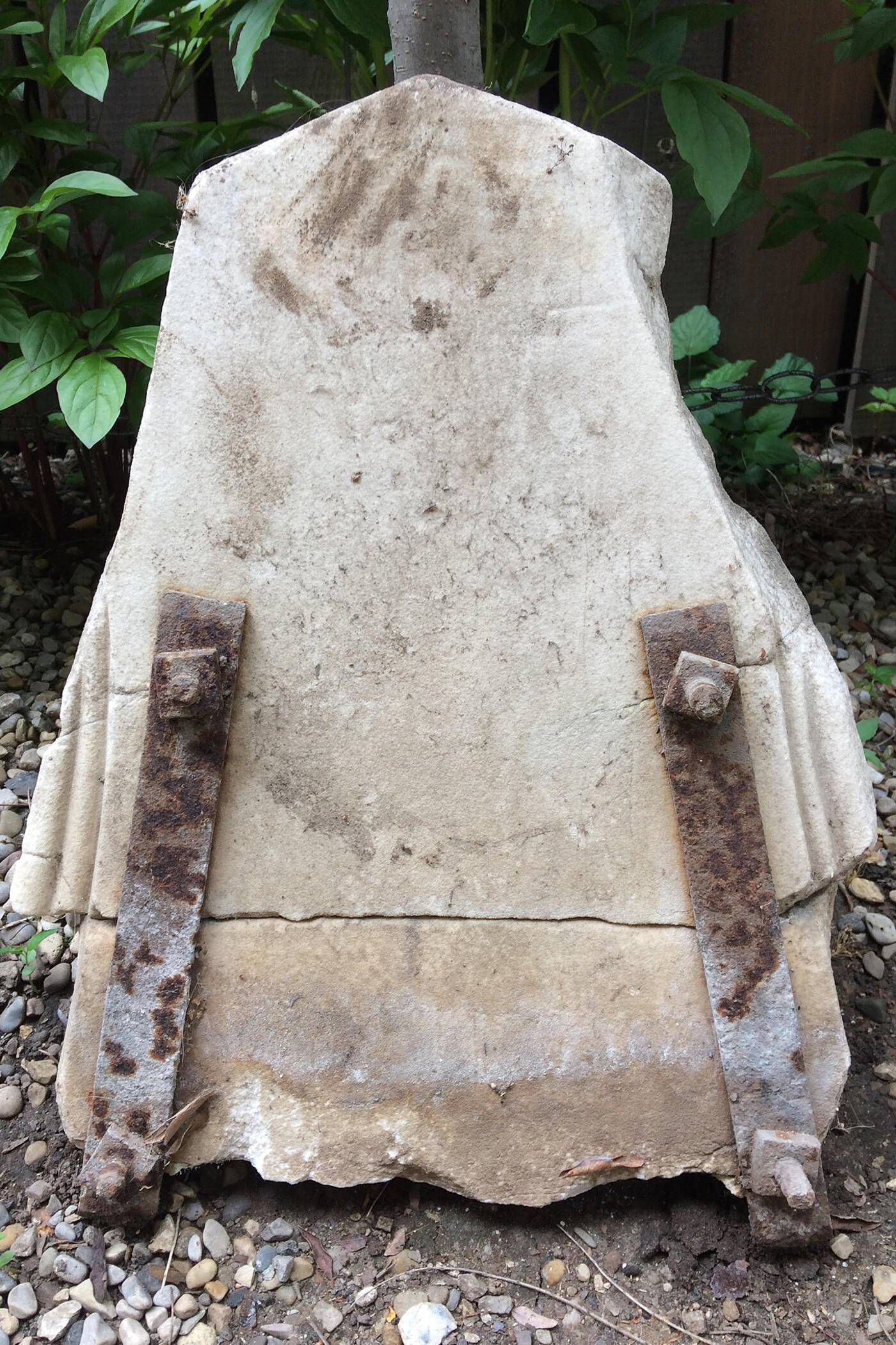 The brace could have been an early fix for that nasty crack.

Gravestones are known to be moved to homes when they're replaced, as was the case with a stone found at a home in Etobicoke recently.

Whatever the case, Killinger hopes to find out more and return the gravestone to a descendant. He put up a post on craigslist to see if he could track down more information.

"I don't see why I should have it if there is someone out there connected to the family."

This story has been updated to include the name on the gravestone is more likely Bardwell rather than Hardwell.