Food is flying off the shelves at the Rexall inside Toronto's old Brunswick House right now as the drug store prepares to leave the historic building for good.

There are only a few weeks left until the student bar-turned-drug store closes forever, and to get rid of inventory, Rexall has been running massive sales on food items.

Everything edible was initially half off, but is now on clearance for an upgraded 75 per cent off and will remain so until everything is sold out.

According to a Rexall staff, if you want the deals, you're going to have to be quick. They're already out of tuna.

Non-food inventory is being transferred to other Rexall locations, said the store.

Rexall confirmed to blogTO last week that its outpost at 481 Bloor St. West has seen a major decline in foot traffic since the beginning of the pandemic. 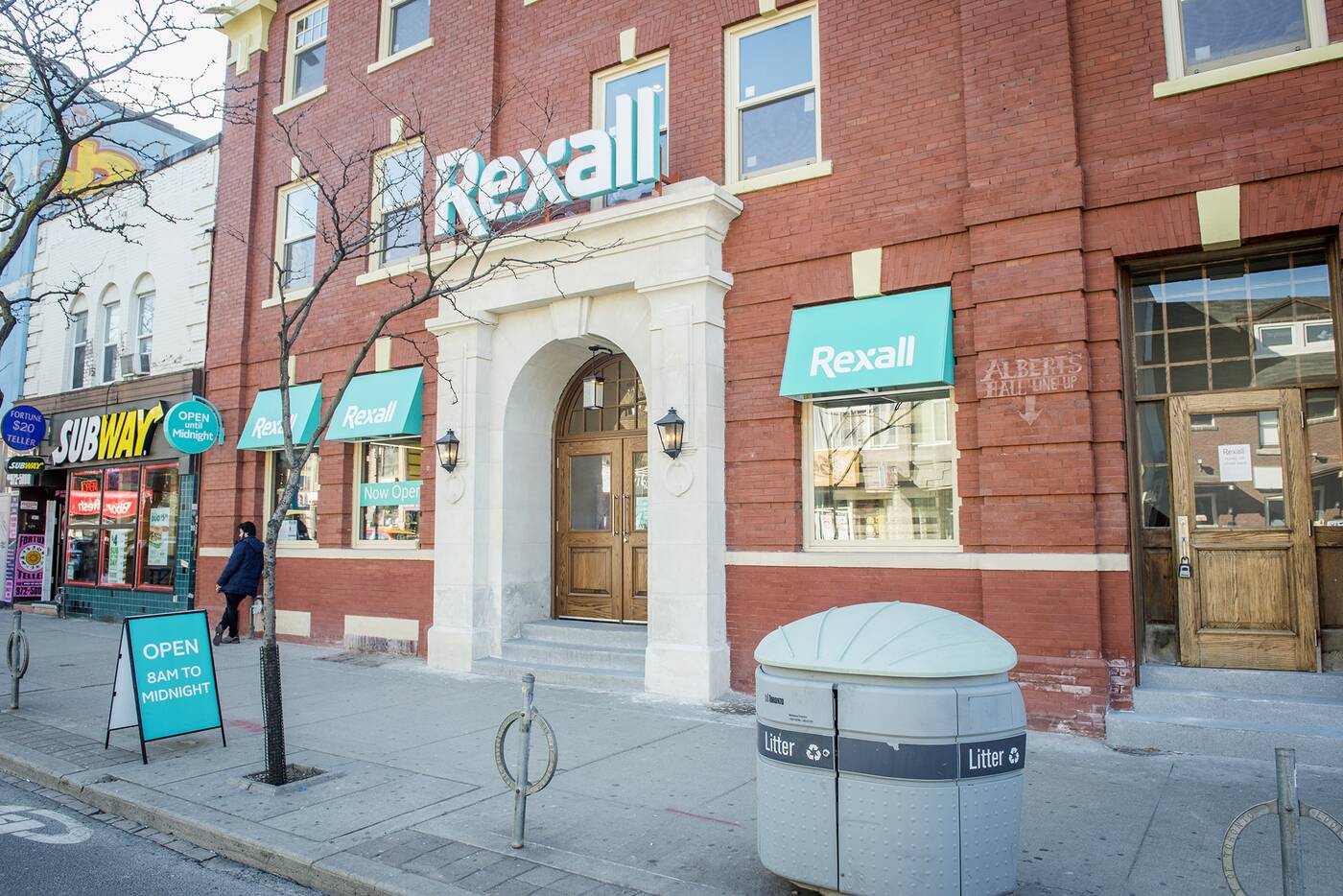 The Brunswick House was formerly home to the bar commonly known as The Brunny before transforming into a Rexall location four years ago. Photo by Hector Vasquez.

As a result, the chain has decided to close one of the prettiest pharmacies in Toronto (though the Runnymede Theatre Shoppers Drug Mart is hard to beat).

Rexall at 481 Bloor St. West closes officially on June 11. But the chips will, like those old trays of beer, probably be just be a memory by then.