The history of the Toronto Zoo monorail

On July 14, 1994 the Toronto Zoo’s Dominion Ride – better known as the monorail – suffered a catastrophic accident that injured 27 people and closed it permanently.

For a generation of visitors, the monorail had been a defining aspect of a trip to the zoo.

The electrically powered, air-conditioned, rubber-tired attraction dubbed “The Dominion Ride” carried visitors to various Dominions within the Metro Toronto Zoo since its inception in 1974.

There was minor controversary at the time as the monorail cost $14 million dollars while the entire zoo cost just $26 million. 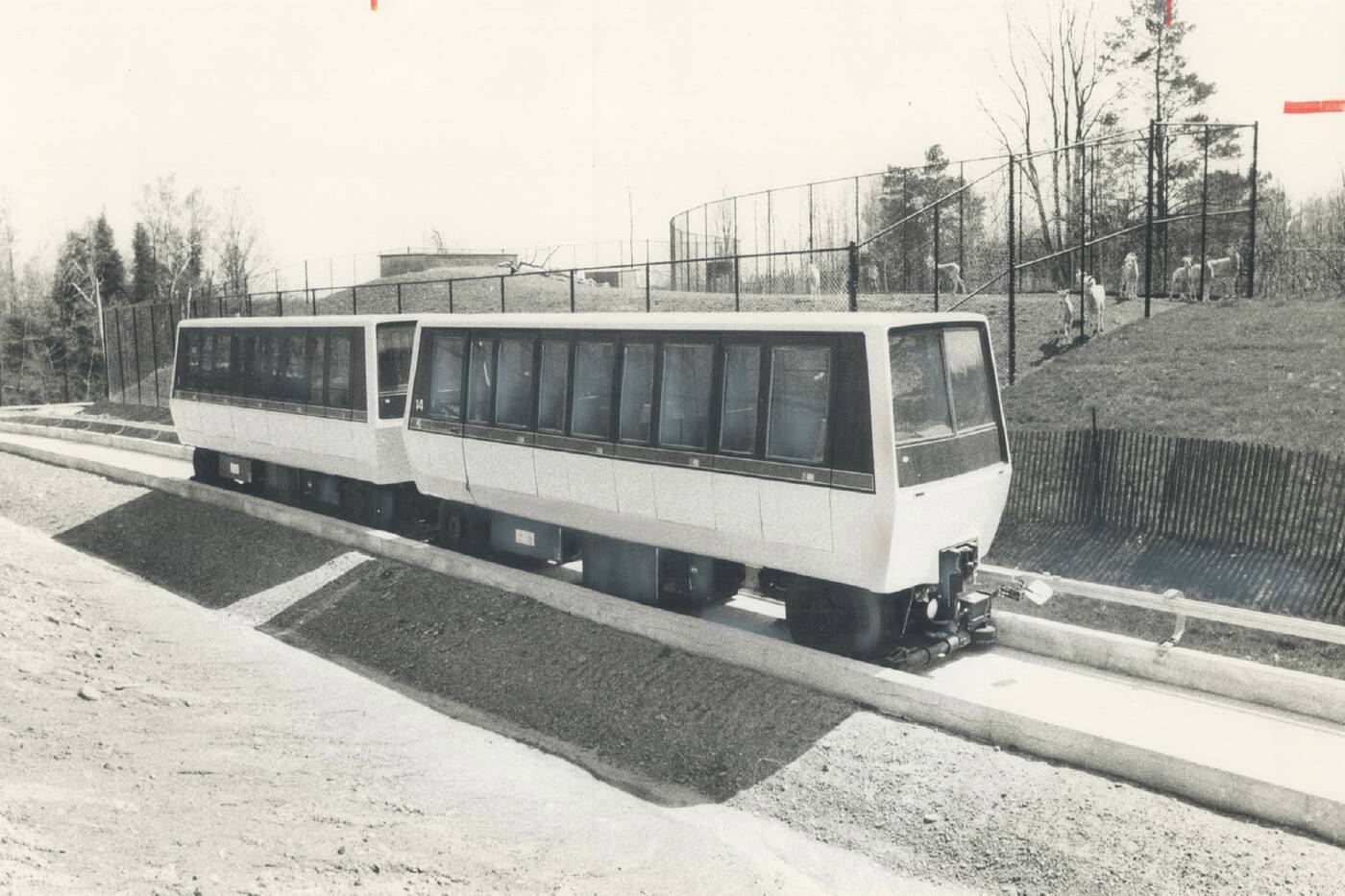 Some felt the cost of the monorail was excessive, but its popularity soon justified the price tag. Photo via the Toronto Public Library.

Constructed by Bendix Systems of Canada, Ltd., there was an initial fleet of 24 vehicles.

They would ferry people on a 30-minute, 3-mile tour of the zoo, operating in trains of two or four cars travelling at a maximum speed of about 30 km/h.

For most of the ride however the monorail travelled at about 8 km/h so that visitors could get a decent look at the roaming wildlife. 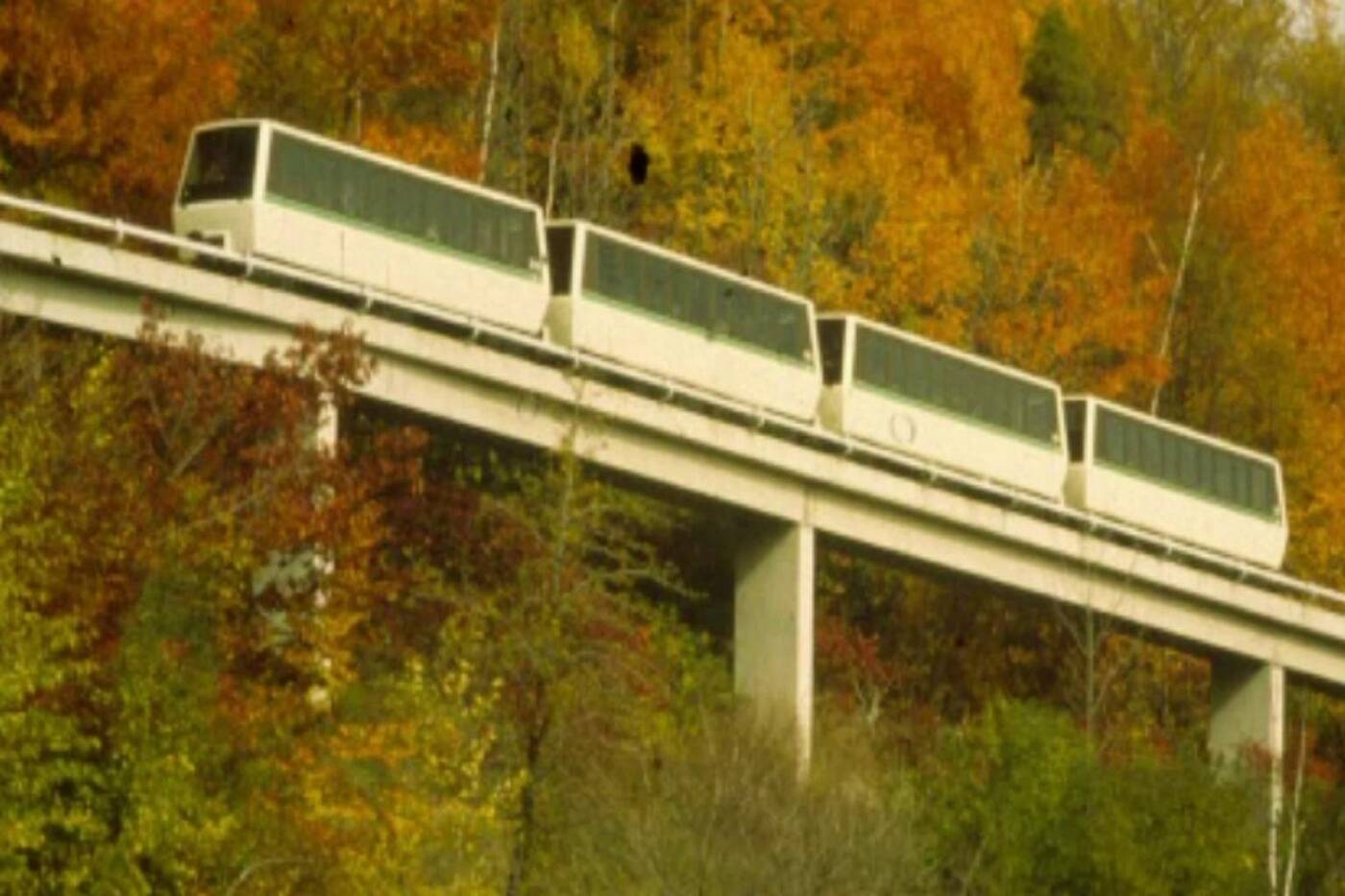 The stunning vistas of the Rouge Valley made for a gorgeous ride. Photo via Retrontario.

The monorail was an exciting way to travel around the zoo, and provided the only way in which visitors could view isolated animals such as white-tailed deer, moose and the wolf sanctuary, all the while hearing commentary from the driver. 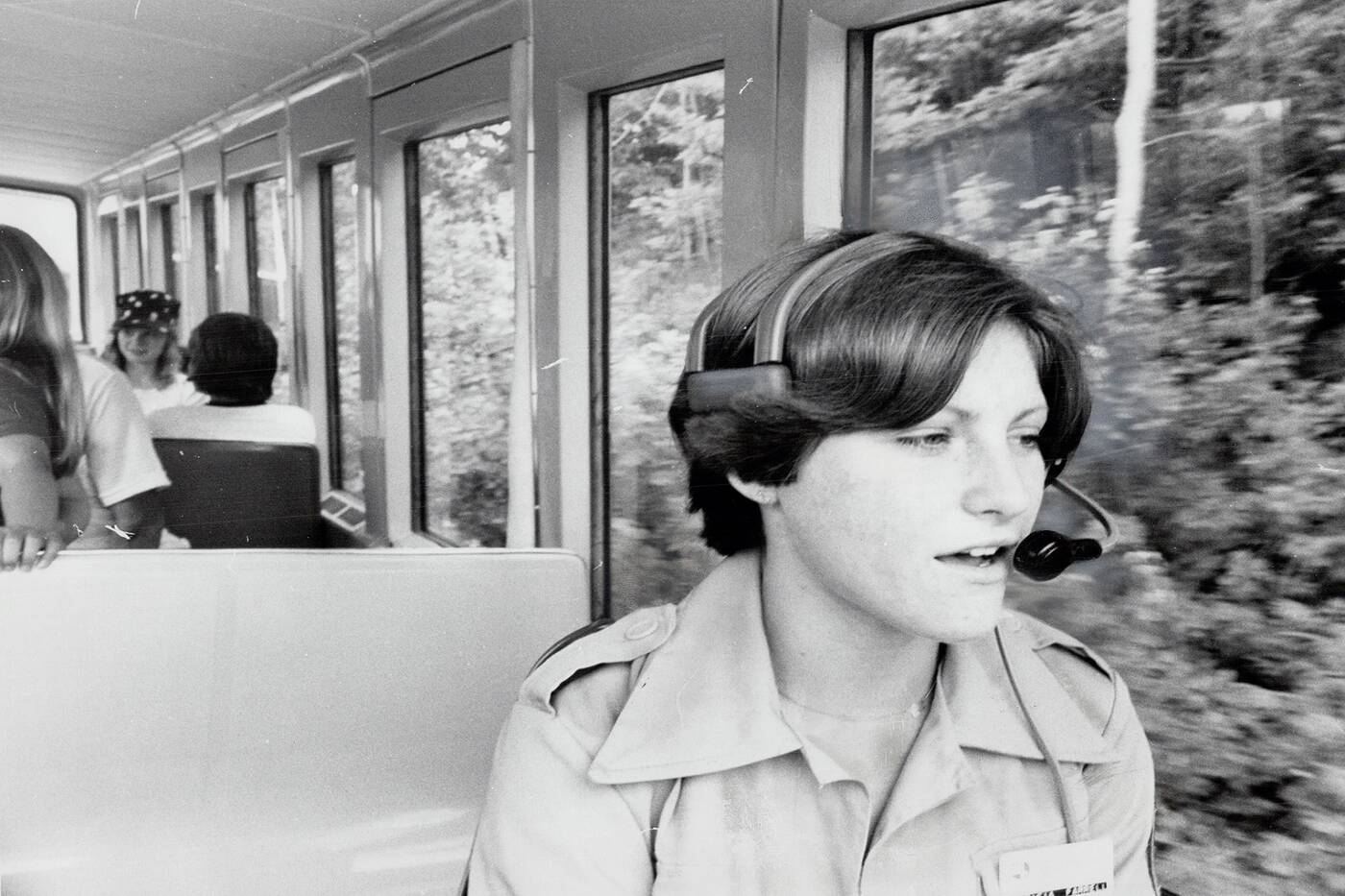 "And if you look deep into the forest on the right hand side, you might be able to catch a glimpse of a wild Littlefoot." Photo via the Toronto Public Library.

During the late 1970s, zoo mascot “Littlefoot” (modelled after the mythical Cryptid Sasquatch, aka Bigfoot) would appear in remote wooded areas visible only to people riding the monorail.

At times both frightening and amusing, Littlefoot was eventually phased out after scaring too many children. 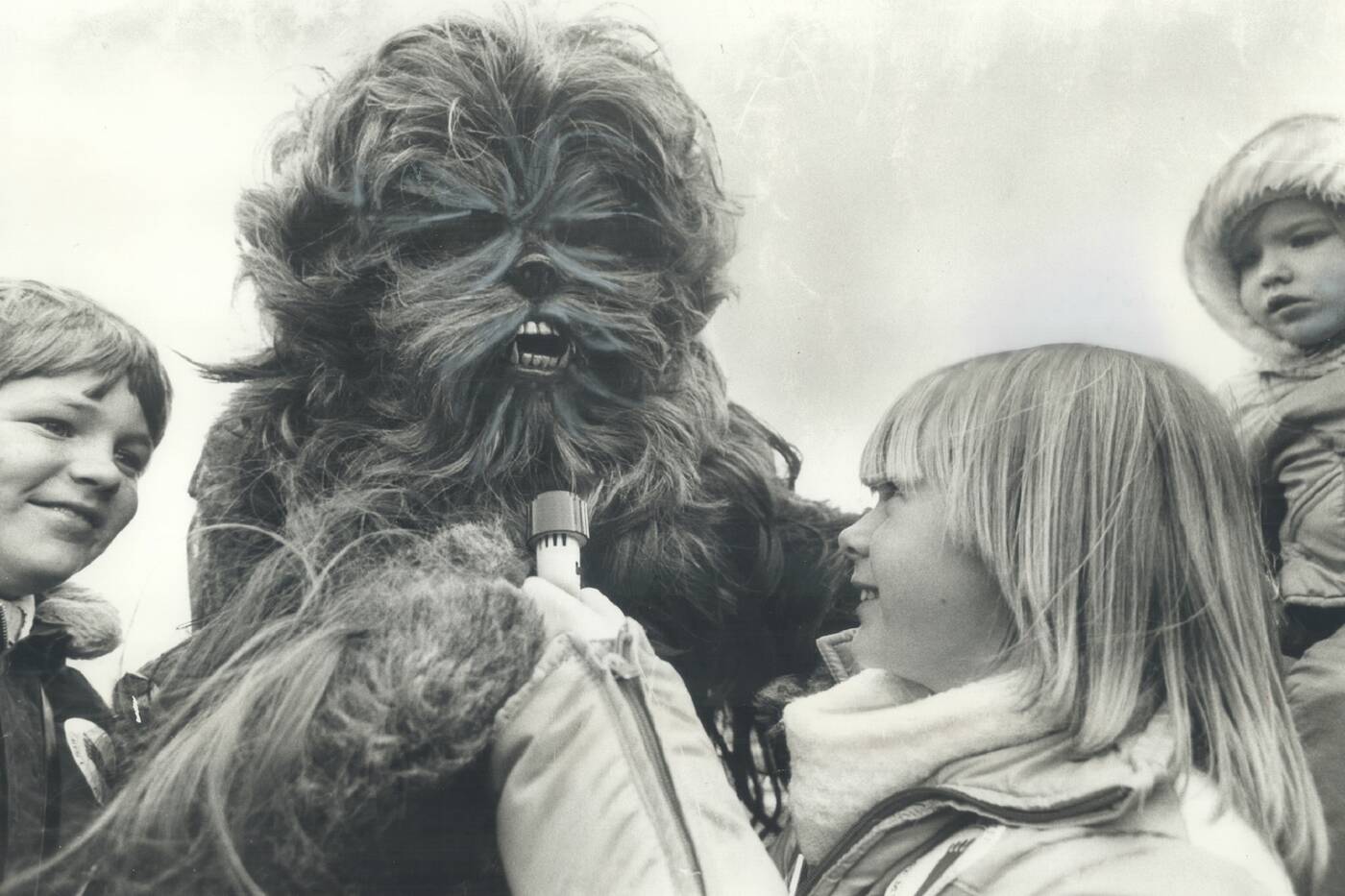 Littlefoot's woody appearances proved to be too frightening for young children. Photo via the Toronto Public Library.

Along with the zoo’s legendary McDonalds – at the time, their largest location in the world – with rare items such as McSandwiches and McHotDogs, the monorail was a cornerstone of the 1970s and 80s zoo experience.

In 1991 during the busy March Break period, one train crashed into the rear of another that had stopped between stations.

Nine people were injured; however, the story was essentially buried and not widely reported until years later when a much more serious accident occurred.

On July 11, 1994, at around 3:15pm, a packed monorail train lost power while ascending a hill. It began to fall backwards, eventually hitting a speed of 40 km/h as it smashed into another train that was loading passengers. 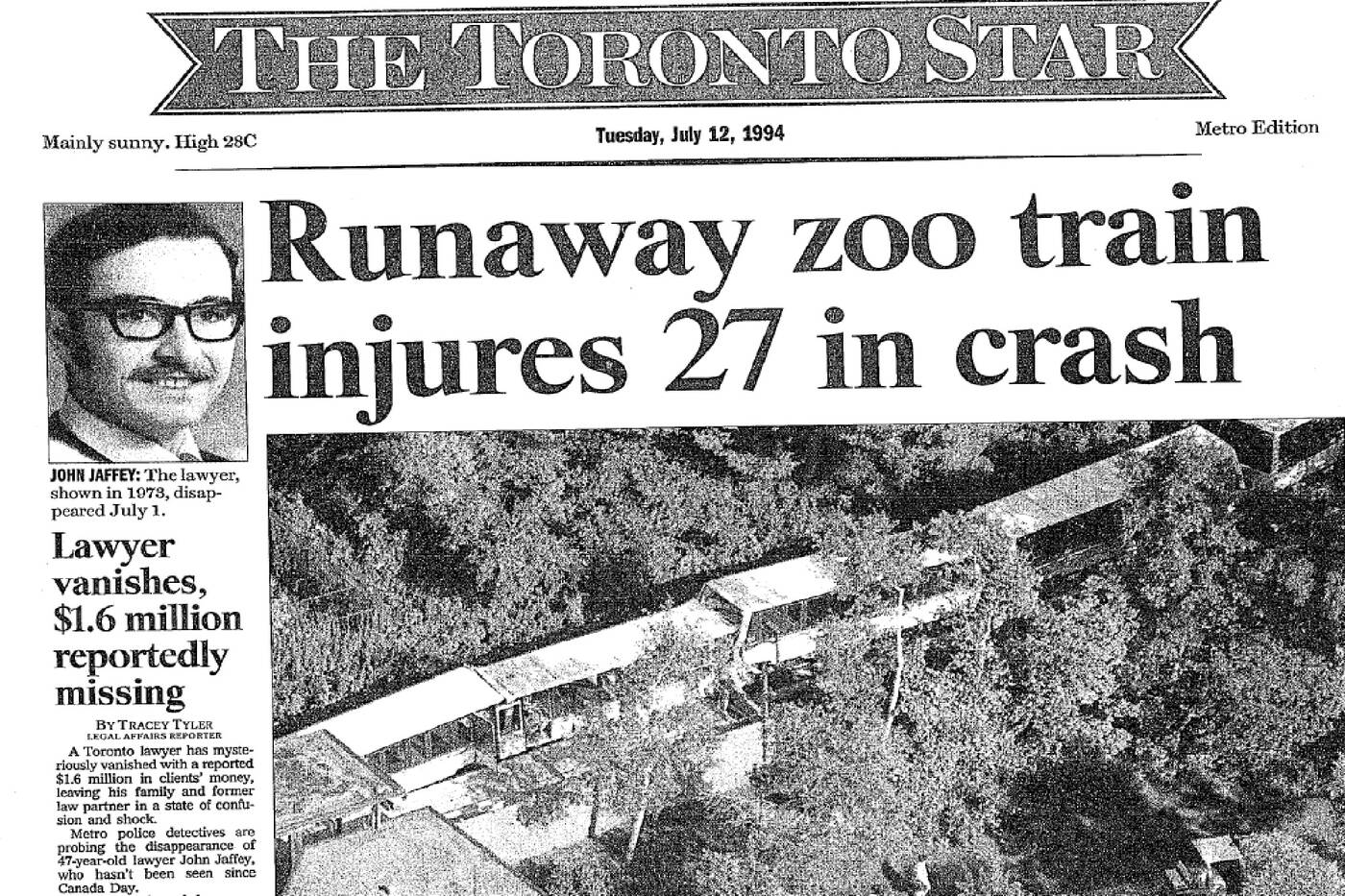 July 12 cover of the Toronto Star. The city was in shock but relieved there had been no fatalities. Photo via the Toronto Public Library.

Rescue workers told the media it was a miracle no-one was killed. There were serious injuries however and trauma for those involved. 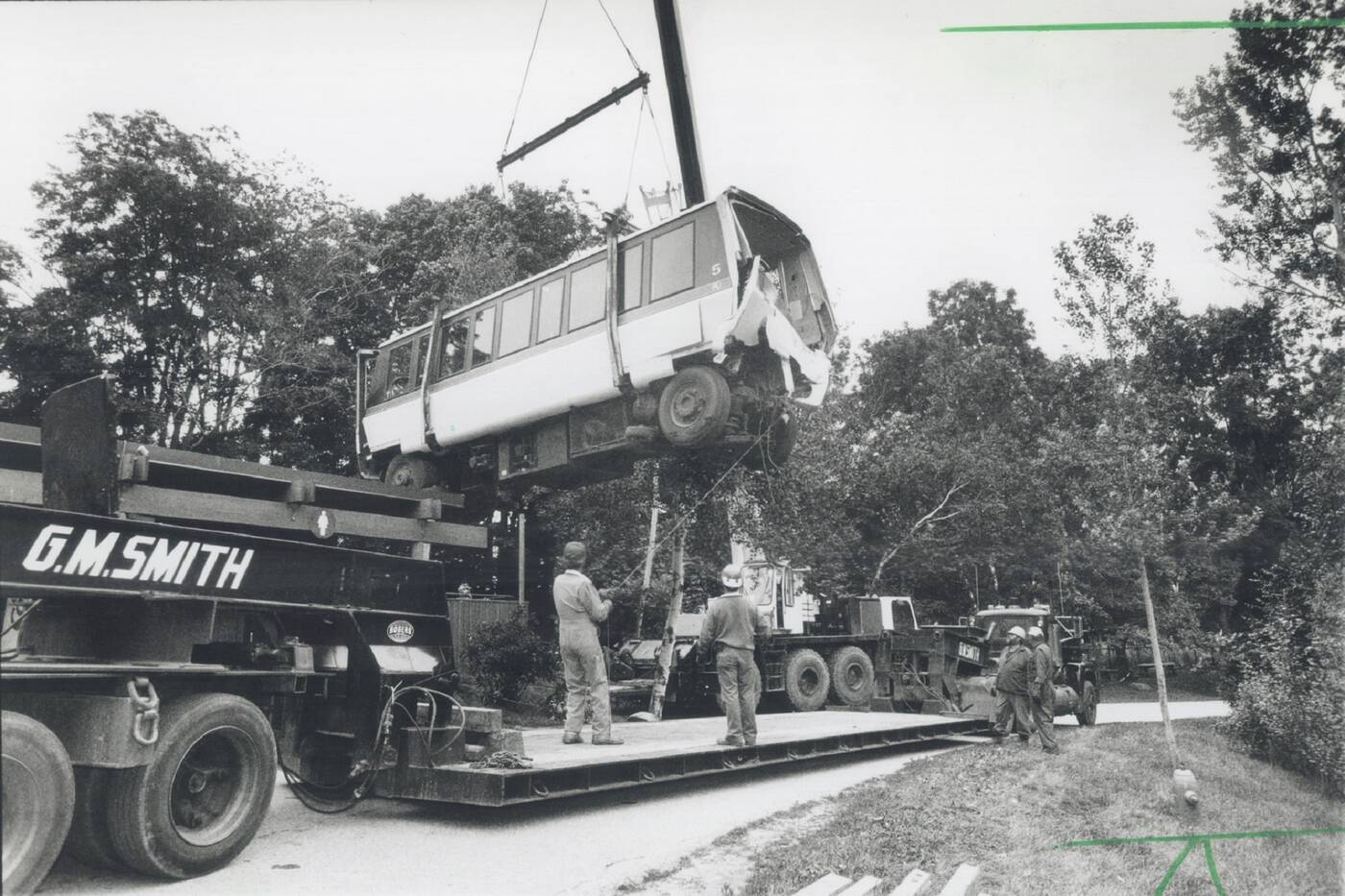 The ride was immediately closed while an investigation took place. Photo via the Toronto Public Library.

Susan Glennon, the 24-year-old operator of the stationary monorail hit by the runaway train, was hailed as a hero.

Glennon had seen the train falling down the hill and quickly asked for all passengers to immediately disembark. Had she panicked or stayed silent, investigators suggested there would have been substantial loss of life.

During the fall-out from this accident, the 1991 March Break incident was finally reported, and the overall safety of the monorail was called into question.

Zoo union president at the time Matthew Graves suggested that cutbacks to the zoo’s budget had directly impacted monorail maintenance, and the constant threat of privatization was creating a culture of fear amongst workers.

The zoo was fined $43,000 under the Occupational Health and Safety Act, and it was decided that overhauling the entire system was too expensive.

The monorail never re-opened and was fully replaced by the open air Zoomobile trams, which have never drawn the same levels of enthusiasm from visitors.

Monorail: the next generation?

In 2018, the Toronto Zoo Board unanimously voted to move forward with plans for a magnetic levitation (maglev) train. It was estimated that it could be operational as early as 2022.

For those who visited the zoo between 1975 and 1994, the monorail was an exciting, almost essential part of the visit.

Here’s hoping the maglev can recapture that excitement for future generations of zoo-goers. 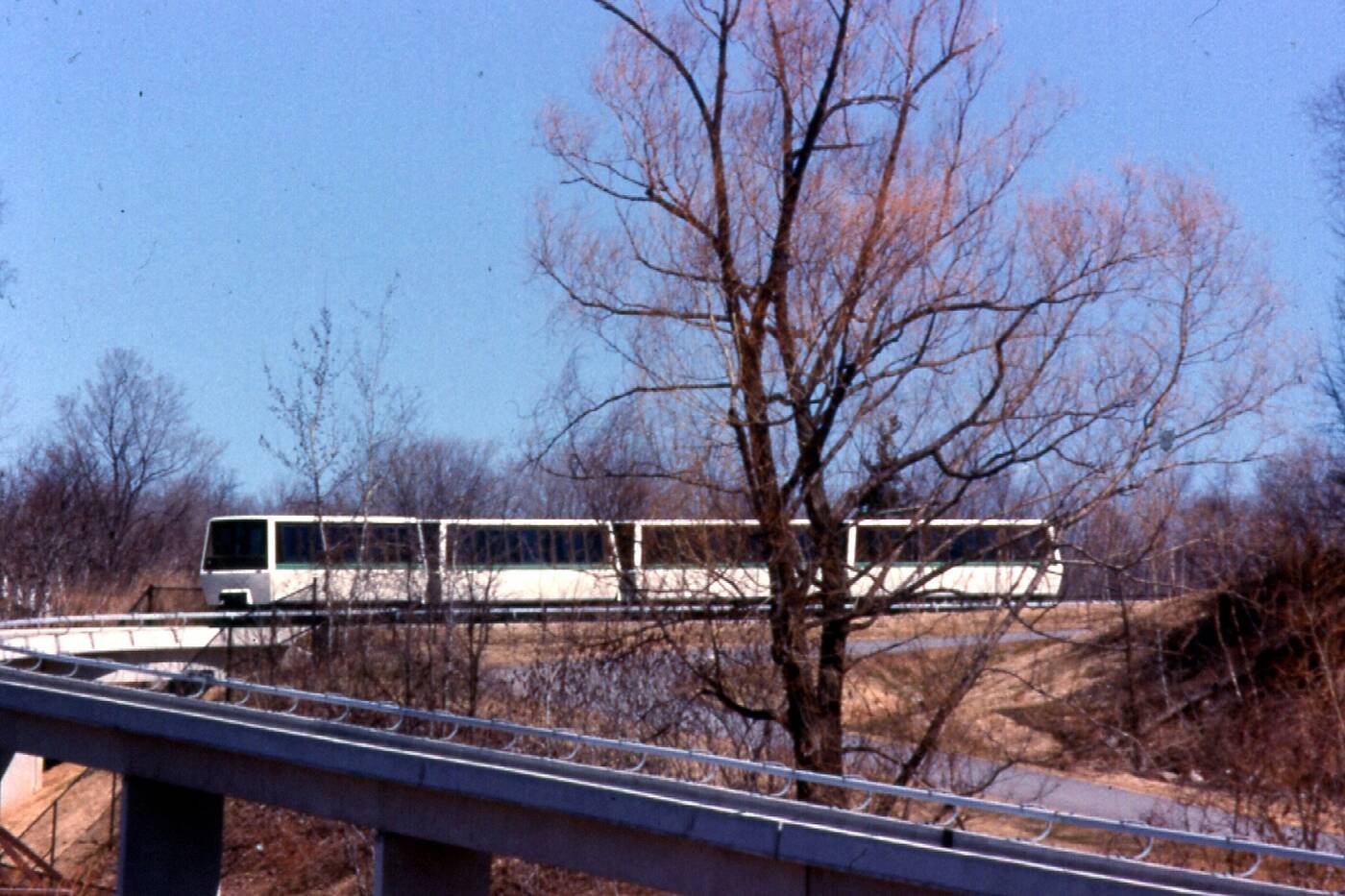 Well sir, there's nothing on earth like a genuine, bona fide electrified, two- or four-car monorail. What'd I say? Photo via Robert Taylor.