The building that housed nightclub Cube and the sprawling beer garden up top is up for lease.

One of Toronto's most famed nightclub entrances—a narrow door on Queen West tucked between a Lush and a Bell Store— will eventually lead to something new after nearly nine years of ushering party-goers into the thumping walls of Cube.

The property at 314 Queen St. West has been up for lease under international property company Savills, available immediately for a negotiable six-figure annual sum.

Included in the listing is its rooftop with "Instagram-worthy views" of the city. In 2019 it became a 300-seat jungle-themed bar called Gaarden. It's been mum from the bar since that summer. 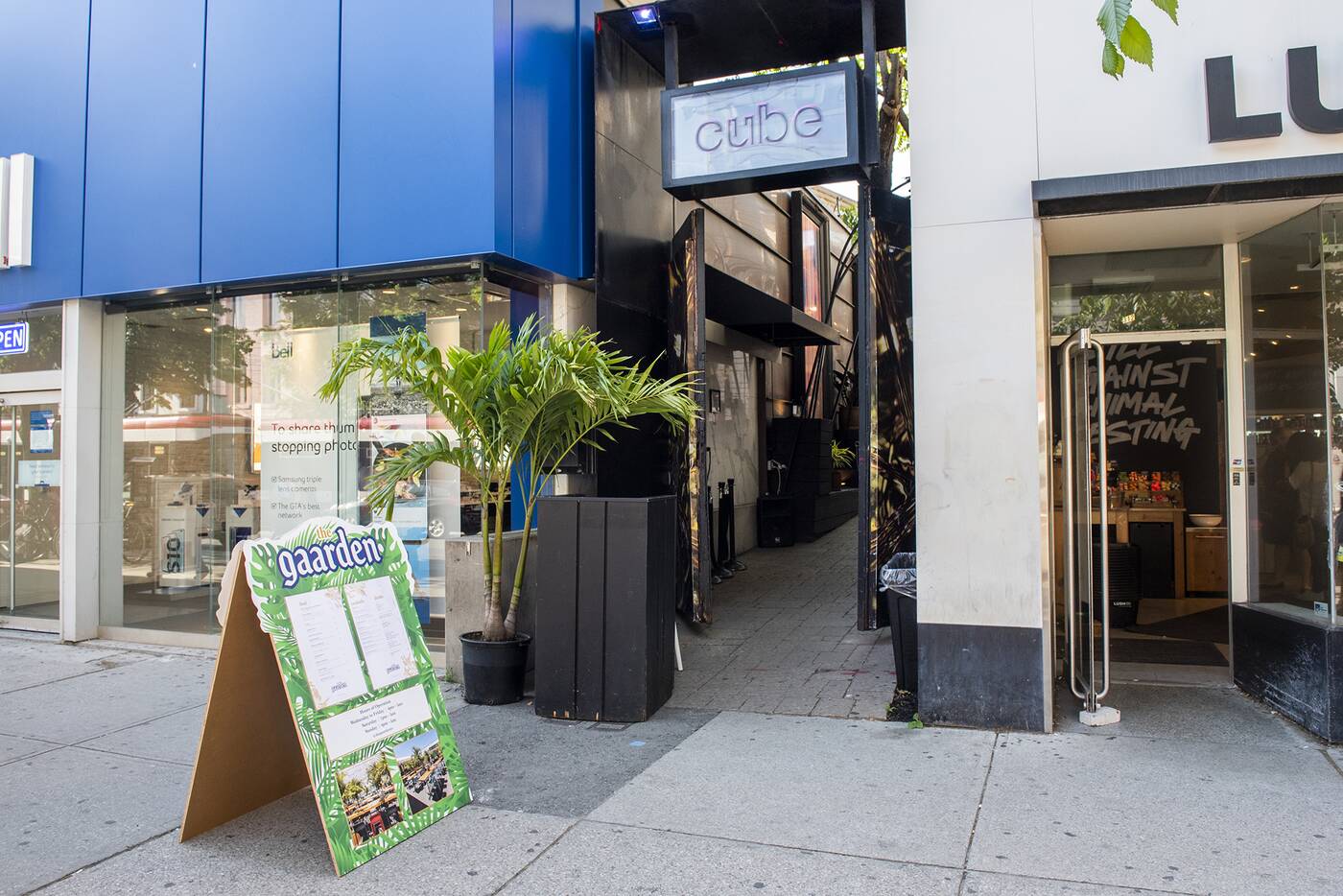 The property that once housed Cube and rooftop bar Gaarden is now up for lease. Photo by Hector Vasquez.

Spanning 8,500 square feet, the old club is being advertised as a potential space for anything from restaurant to retail or, if new owners want to keep things on-brand, another club.

This space on Queen has been party venue in some form or another since the 1980s, with tenants that included legendary concert destination Bamboo and its rooftop bar, Treetop.

Under INK Entertainment's Charles Khabouth, the space became Ultra Supper Club in 2003 until INK renovated and rebranding it as Cube in 2012.

Neither INK Entertainment nor Savills could be reached about Cube or Gaarden's closure and the status of the property.

In March 2020, the company released a statement across its social media platforms announcing the temporary closure of all its Canadian venues, describing reopening plans as "fluid." It's unclear whether Cube will reopen in another space down the road.

A previous version of this story listed the annual asking rent at $150,000. This is actually the "additional rent," according to listing agent Jay Katzeff, who says the full rental cost is negotiable, but substantially higher.