A Toronto resident has an answer to that age-old question — why did the chicken cross the road?

Jessica Nevin says she has been walking her neighbour and former city councillor Joe Mihevc's backyard chickens for a couple of weeks now.

Hens are allowed in some neighbourhoods in the City of Toronto. 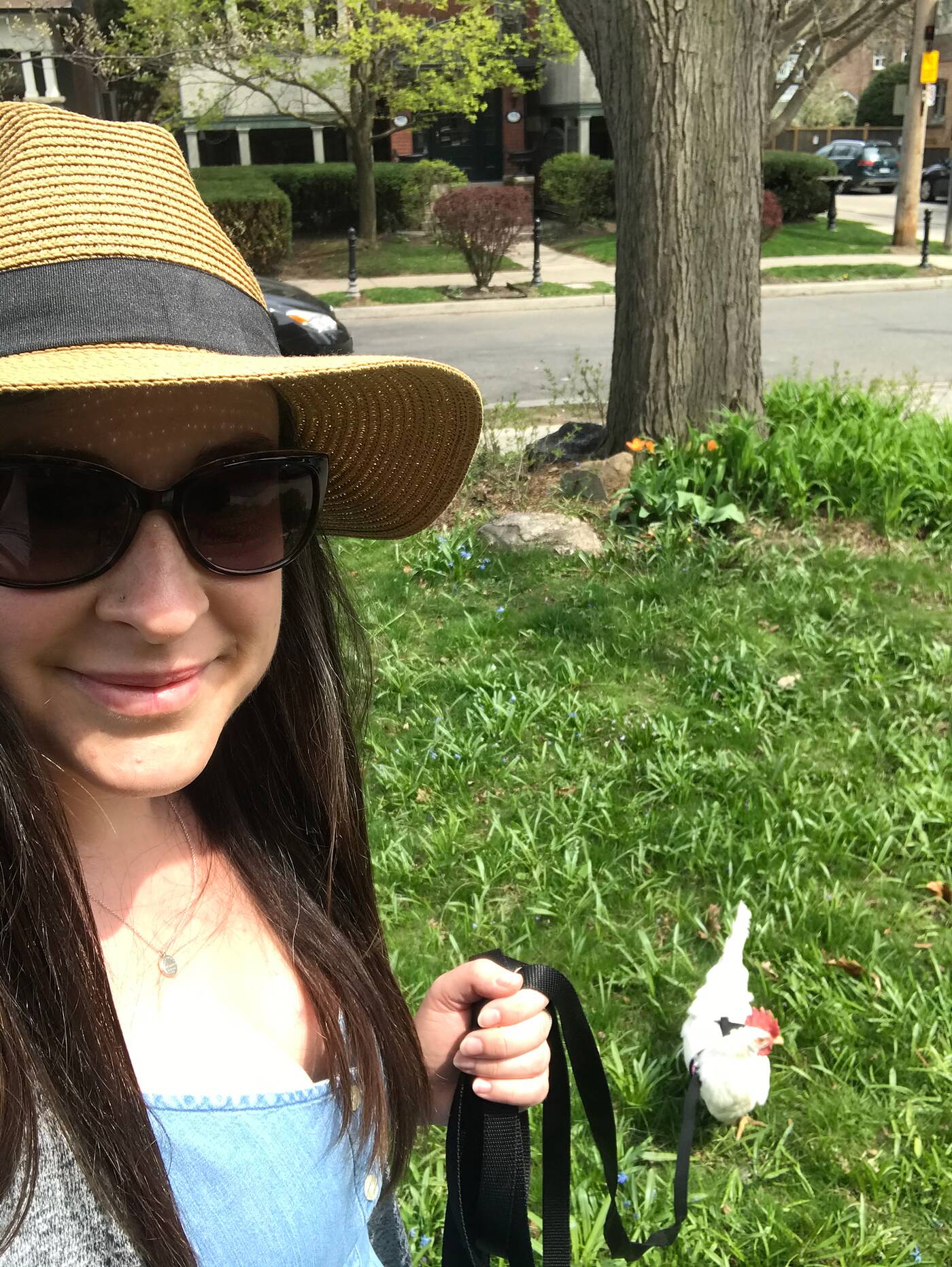 Nevin lives in an apartment and has no backyard space so she wanted to help out and Mihevc agreed.

"It is something to do during COVID," says Nevin. "Hobbies are hard to come by these days."

She had seen photos of chickens on leashes and searched for a place to buy them online. She purchased one on Amazon, and decided to try it out. Rachel is the only chicken who goes for walks right now and she will only do it for treats.

"They are very food-motivated, so they get little treats for walking," she says. Chickens don't walk like dogs, apparently: She lets Rachel lead the way — Nevin doesn't tug or pull on the harness.

Rachel seems to enjoy getting out to a small park in the Wychwood area. But the people who see the pair along the way also love it. 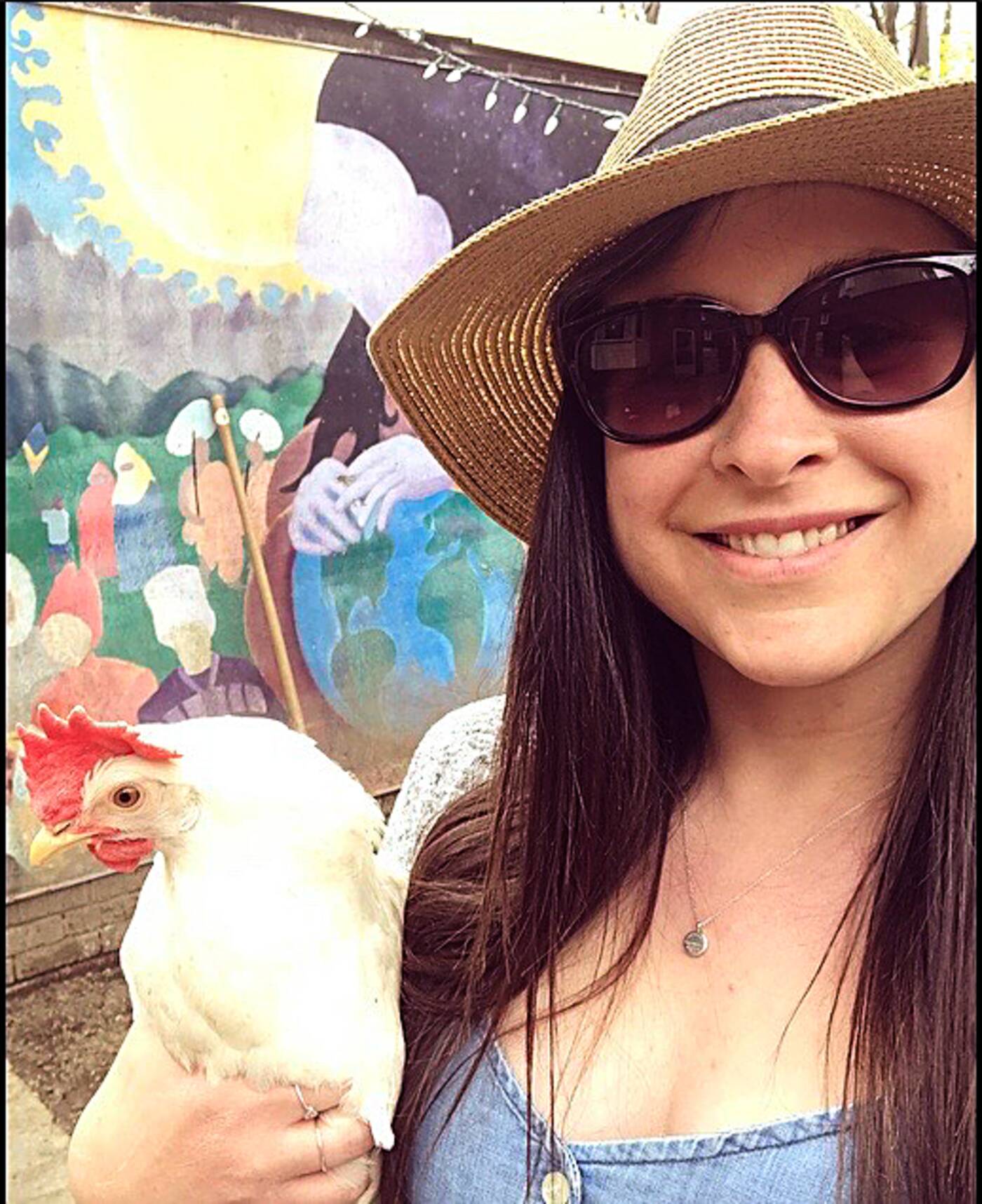 "People laugh and take pictures," she says. "The kids love the chickens."

Nevin grew up in the city and hasn't had experience with chickens before. She thinks having chickens in the city is a great way to learn about food production.

Each chicken lays one egg a day, and in return for her help, Mihevc gives her a few eggs, which she says are delicious.

"I made a quiche the other day."