There's a Toronto neighbourhood that shows up as a nameless gap on the map most people use to get around, and the people who live there are having fun brainstorming trying to figure out what to call it.

The area between St. Clair West Village and Humewood shows up uncoloured and neighbourhoodless when you call up the area on Google Maps. The gap appears between Winona and Arlington.

"We are a people without a home? I noticed this tonight while I was exploring Google Maps," original poster Mark Vendramini wrote on Facebook, attaching a picture of the apparent gap between what Google classifies as Humewood and St. Clair West Village.

"The gap between Arlington and Winona is nothing! Like a black hole is space. I mean we have a real identity crisis here now. Maybe I will lead a campaign to name our sliver of nothing 'The Gap' or 'The Darkness.' Any suggestions?" 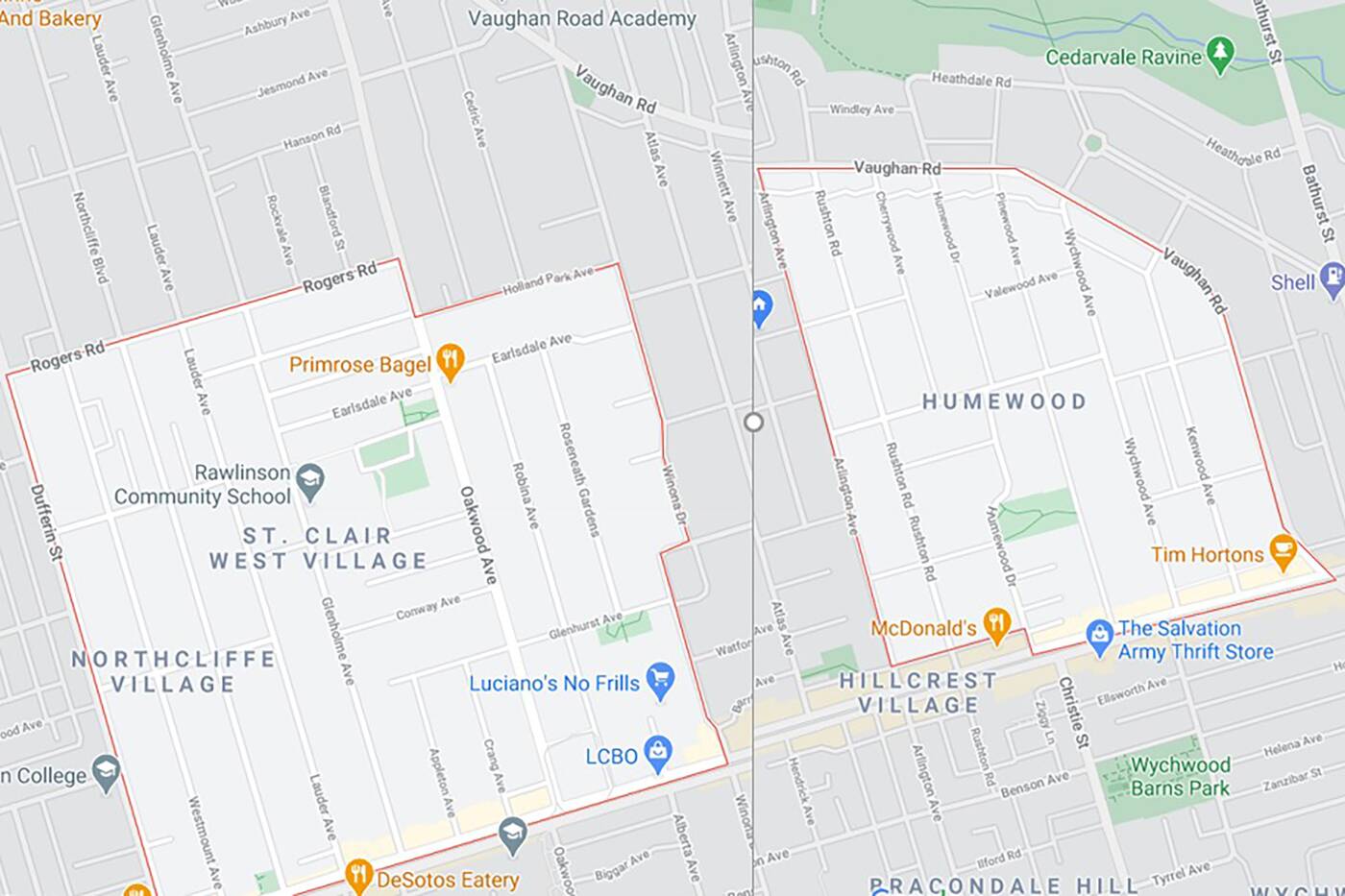 The spliced-together image of the gap between neighbourhoods. Image by Mike Vendramini.

People were more than happy to chime in, suggesting names like Middle Earth, The Void, Coyote Valley, The Dark Side of the Moon, Feel Good Village (after nearby Feel Good Lane) and The Twilight Zone.

Some still light-hearted but slightly more practical folks suggested options such as Humewood West, Village of Humewood, Arlingwood or Hummington.

A few wet blankets try to get in their two cents on what the neighbourhood is "actually" called according to the gap-less city maps (Oakwood Vaughan), but it's much more fun to entertain the more zany ideas.

"I vote for establishing a toll system and Deadwood-like saloon," one person suggested.

Vendramini has undertaken other community-driven efforts, like a walking tour of music venues past in Toronto. He lived on Winnett Ave. since 2006.