Toronto residents were alarmed to see a stream turn a Smurf-like blue this week and no one seems to know why.

Daniel Underdown tells blogTO he took a photo of the stream in Tom Riley Park in Etobicoke on Sunday. The stream had turned a milky blue. 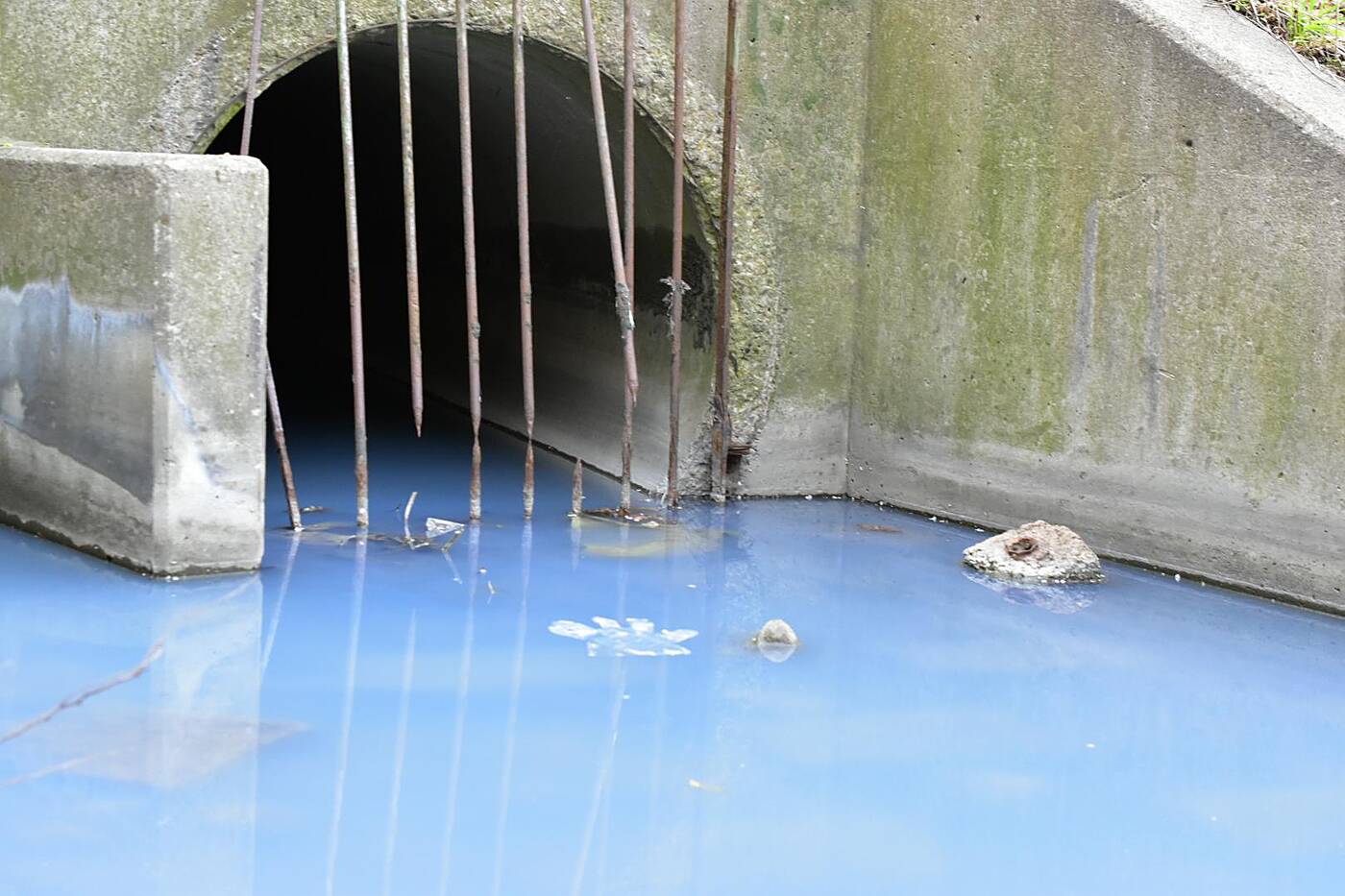 Underdown took several photos of the stream this week.

He called the City of Toronto's 311 line and says they got back to him suggesting it was just a natural foam. He asked if they tested the water, but so far hasn't heard back.

Toronto water investigated the report of a spill to Tom Riley Park Creek but did not find a blue colour and said there is no active spill, City of Toronto spokesperson Deborah Blackstone told blogTO.

Staff noted that due to the rain the creek levels are elevated and it's possible that it could have dissipated, Blackstone adds.

The rain had washed much of it away this week, Underdown says, and the colour has since weakened. 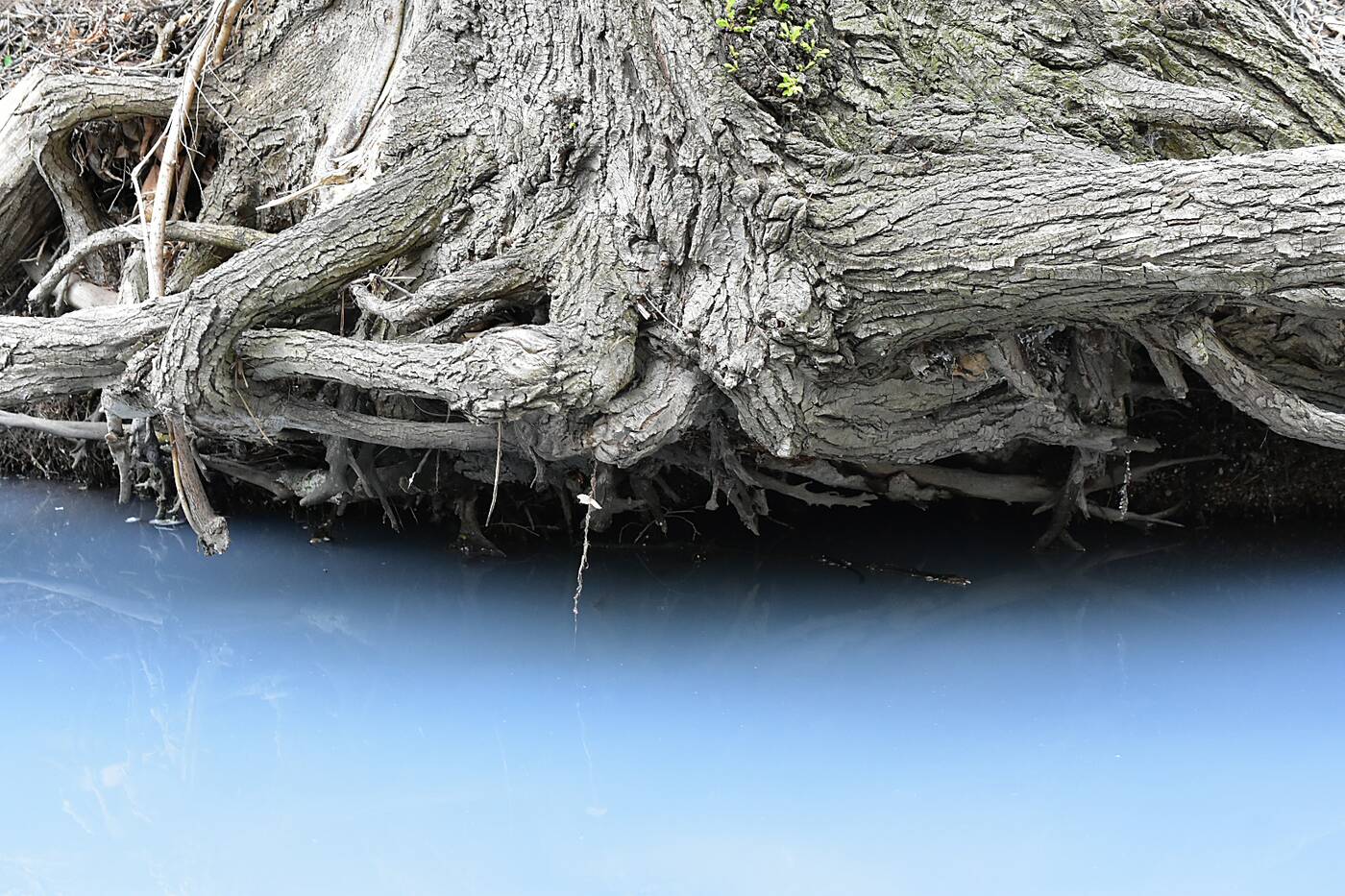 It is unknown if there is any damage to plants and wildlife around and in the stream.

Underdown's co-worker posted the photo on the Weird Toronto Facebook group, and people speculated that it could be dye tracing, purposely put in the water system. Stormwater catch basins are dye tested to confirm unwanted connections in sanitary sewer systems.

Others suggested the blue colour was caused by some type of chemical spill.

At least two other residents saw a discolouration in the stream this week.

"It was milky white the other day, looked suspicious but not anywhere near as bad as this," one person posted. 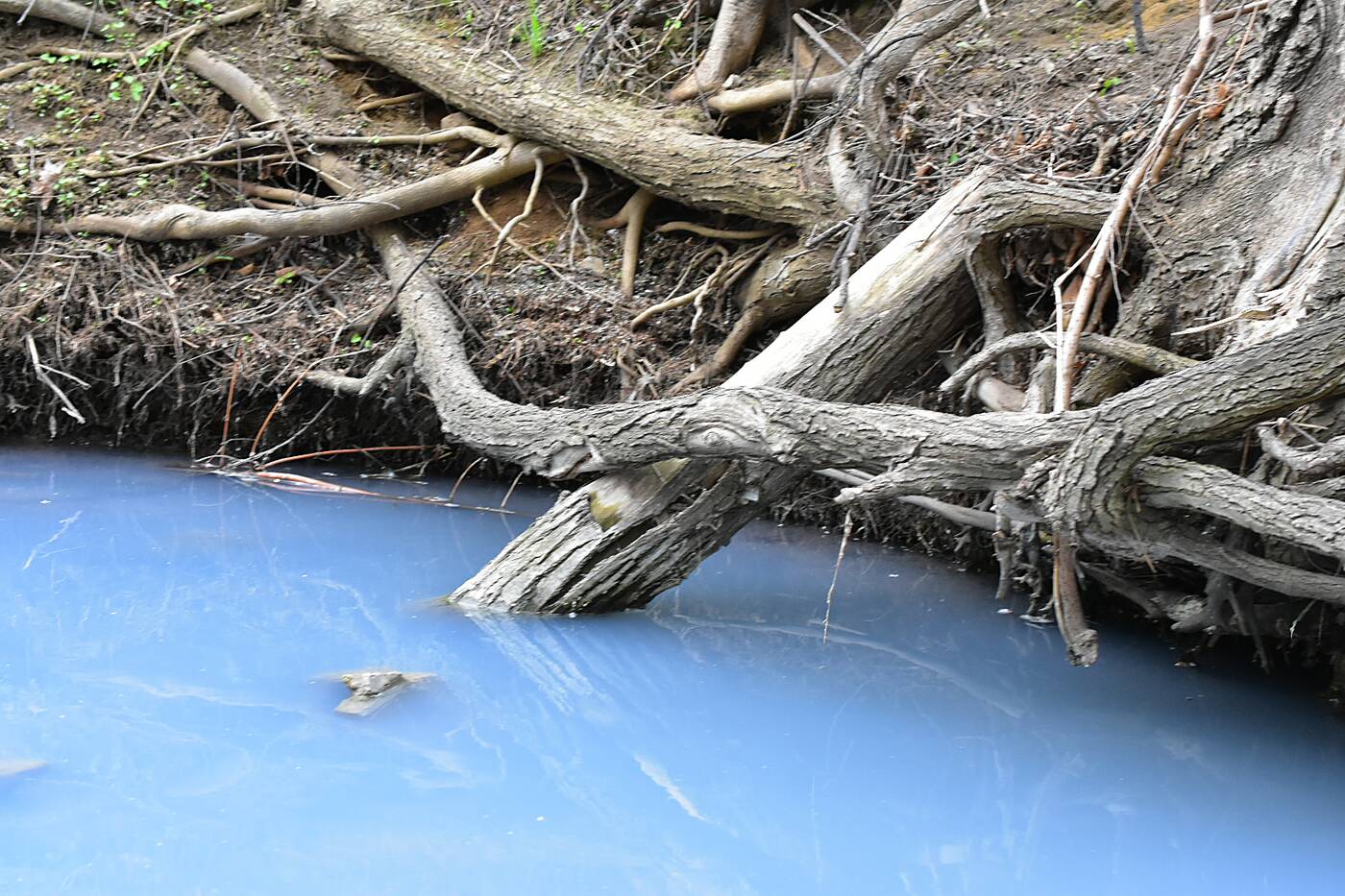 The colour is a shocking blue.

It is not the first time a Toronto water body has turned a strange colour or emitted an odd odour. Last year, Etobicoke Creek turned blood red due to an accidental chemical spill.

An intentional neon green liquid oozed out of a sinkhole late last year. And an oil spill from a tractor-trailer crash leaked into another Toronto creek in September.