Grab your buckets, folks! Toronto just got itself a good ol' fashioned slime hole, right in the middle of trendy Leslieville. 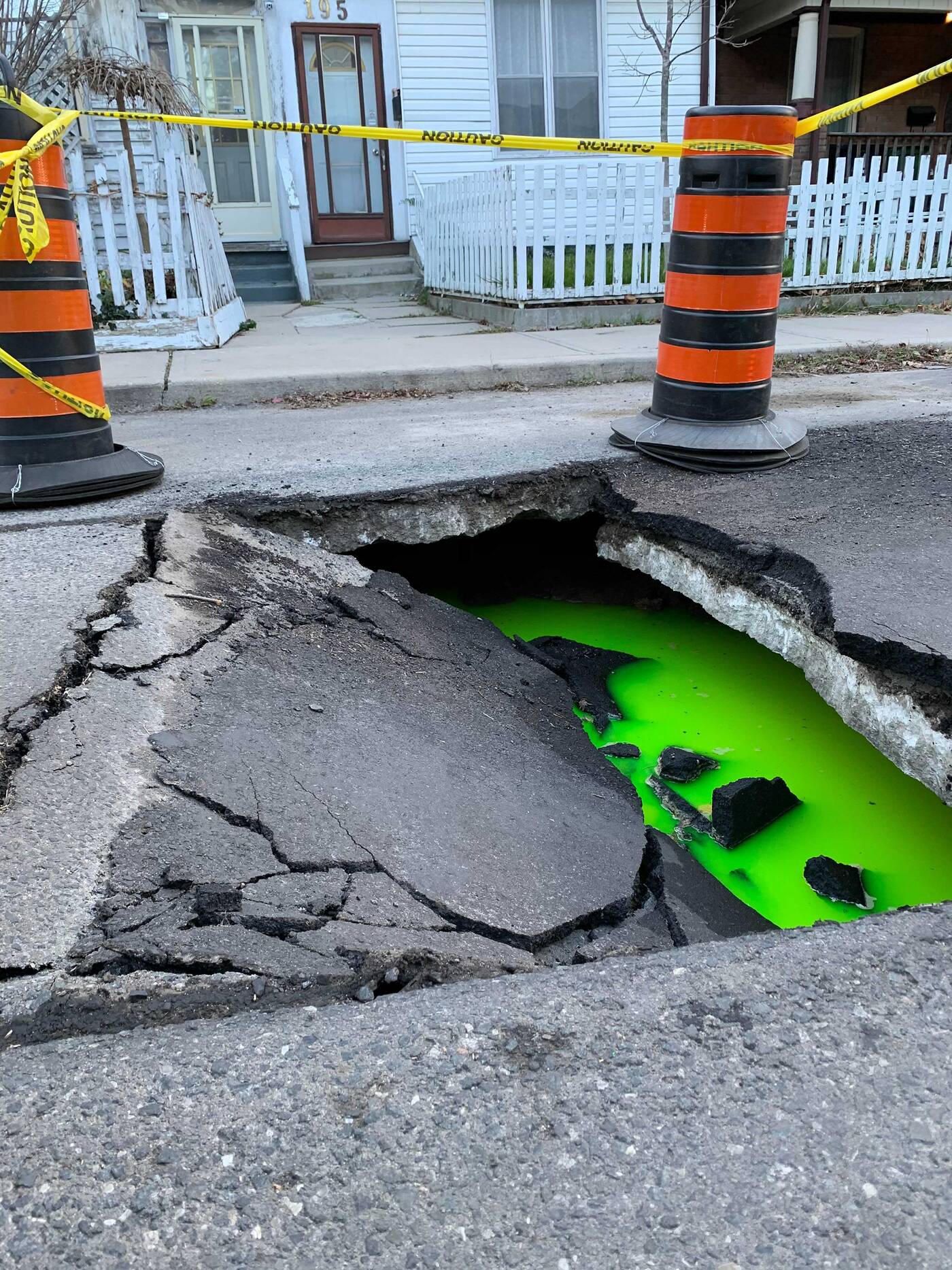 There is, in fact, a sinkhole on Hastings Avenue, between Queen and Dundas Streets East, filled with bright green liquid that looks exactly like the ooze that birthed everyone's favourite anthropomorphic crime-fighting squad of bros, the Teenage Mutant Ninja Turles.

Is this a PR stunt for the TMNT franchise? Some sort of chemical leak? The site where YTV dumped all the leftover slime from its zany kids game show 'Uh Oh!' back in the 90s?

Nah. According to the City of Toronto, it's just liquid coloured with non-toxic dye to see if the mysterious sinkhole connects to any sewers.

Nothing to see here - just a sinkhole on Hastings Ave. in Leslieville #Toronto pic.twitter.com/GvOtKzqDal

The city has yet to determine (or at least to reveal) what caused the sinkhole on Hastings Avenue, but the sight of it is giving many people pause as they walk by the scene or, more likely, see images of the slime hole on social media.

I mean, look at it. You don't see something like this every day. 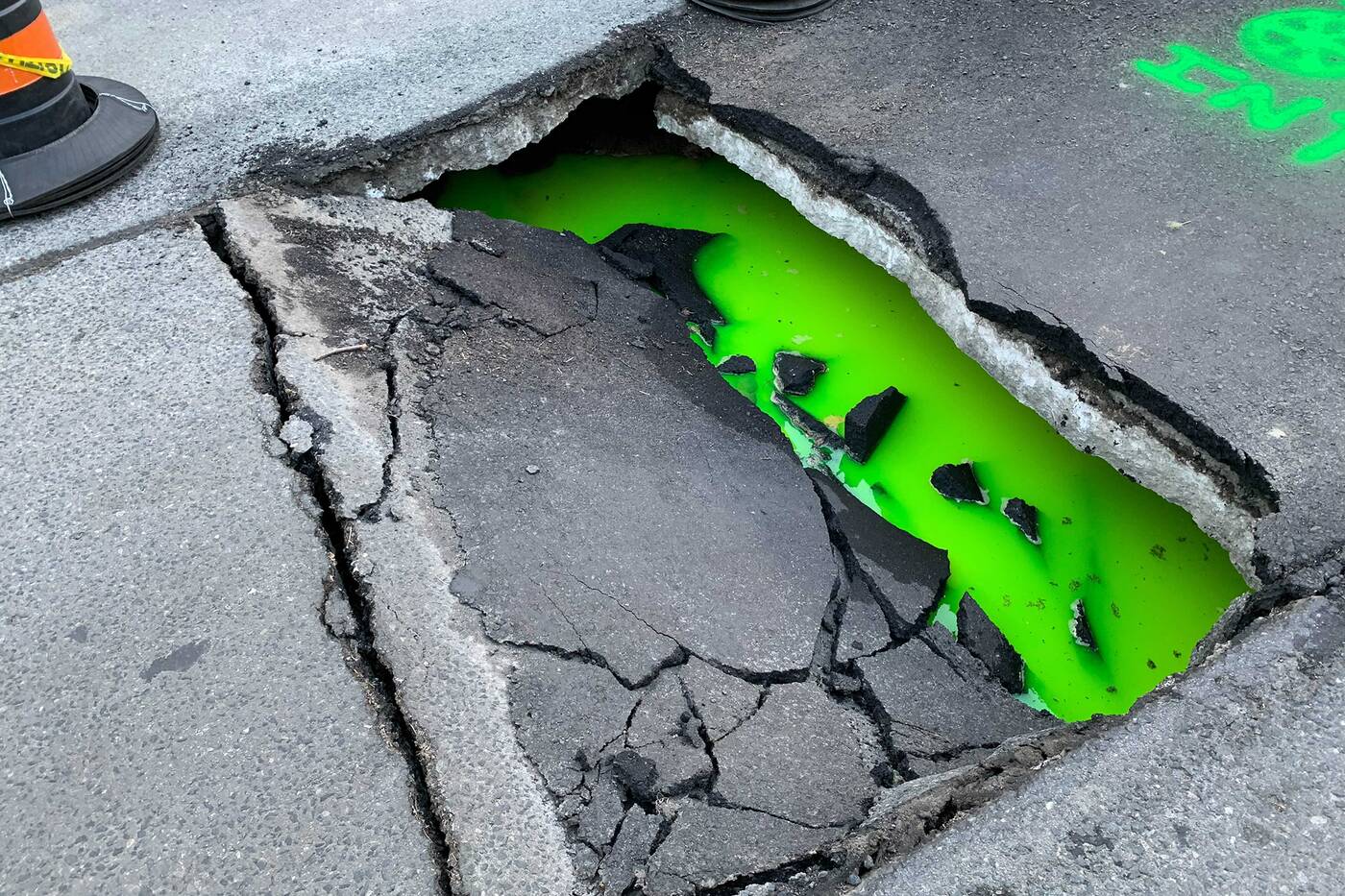 Interesting as the "goo" may look, I'd recommend staying far away from this particular hole of slime: Images posted to a Leslieville Facebook page before it was filled with water suggest there's quite a deep cavern under there.

The City of Toronto has yet to return a request for comment about what's being done to remedy the problem or when the street will reopen again.

Only time will tell how long Toronto's newest quirky attraction will stick around.