Aaron Becker, a contractor, was pulling up the floorboards of a house around Yonge and Eglinton and found a stack of newspapers from 1948.

They'd been stuffed there, presumably since 1948, used as makeshift insulation.

His wife, Kristine Becker, says the pile of four Toronto Evening Telegram newspapers from the spring of 1948 are all still in pretty good condition for 70-year-old newsprint. 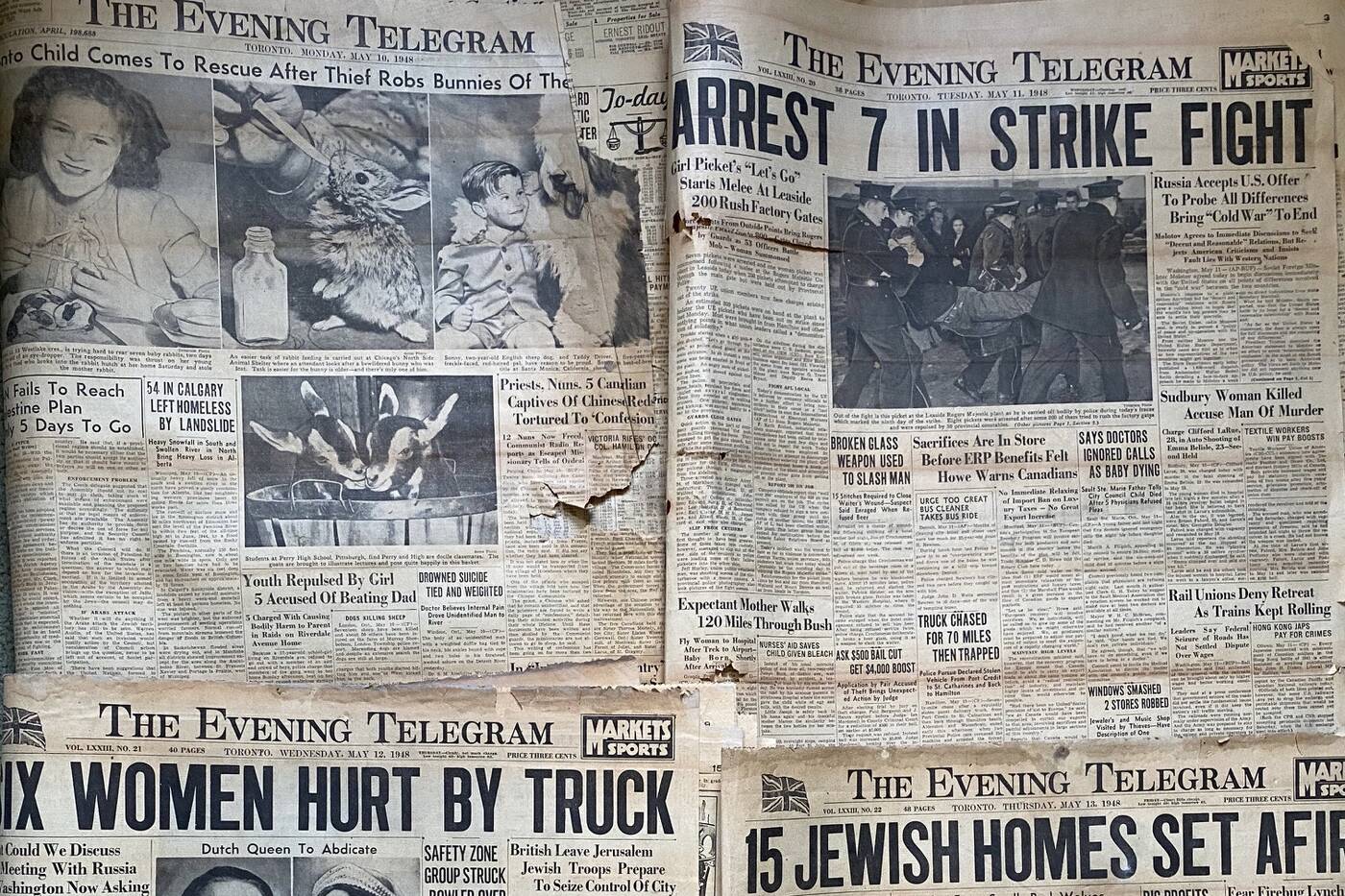 Four newspapers dating back to 1948 were found under the floorboards of a home near Yonge and Eglinton.

The Evening Telegram was a conservative paper was published from 1876 to 1971, and when these issues were printed it was owned by the publisher of the Globe and Mail.

The aging pages include news and commentary from a post-war world, World War II having just ended three years earlier. There are wedding and engagement announcements, job postings for newfangled Bell call centres, and ads steeped in chauvinism. 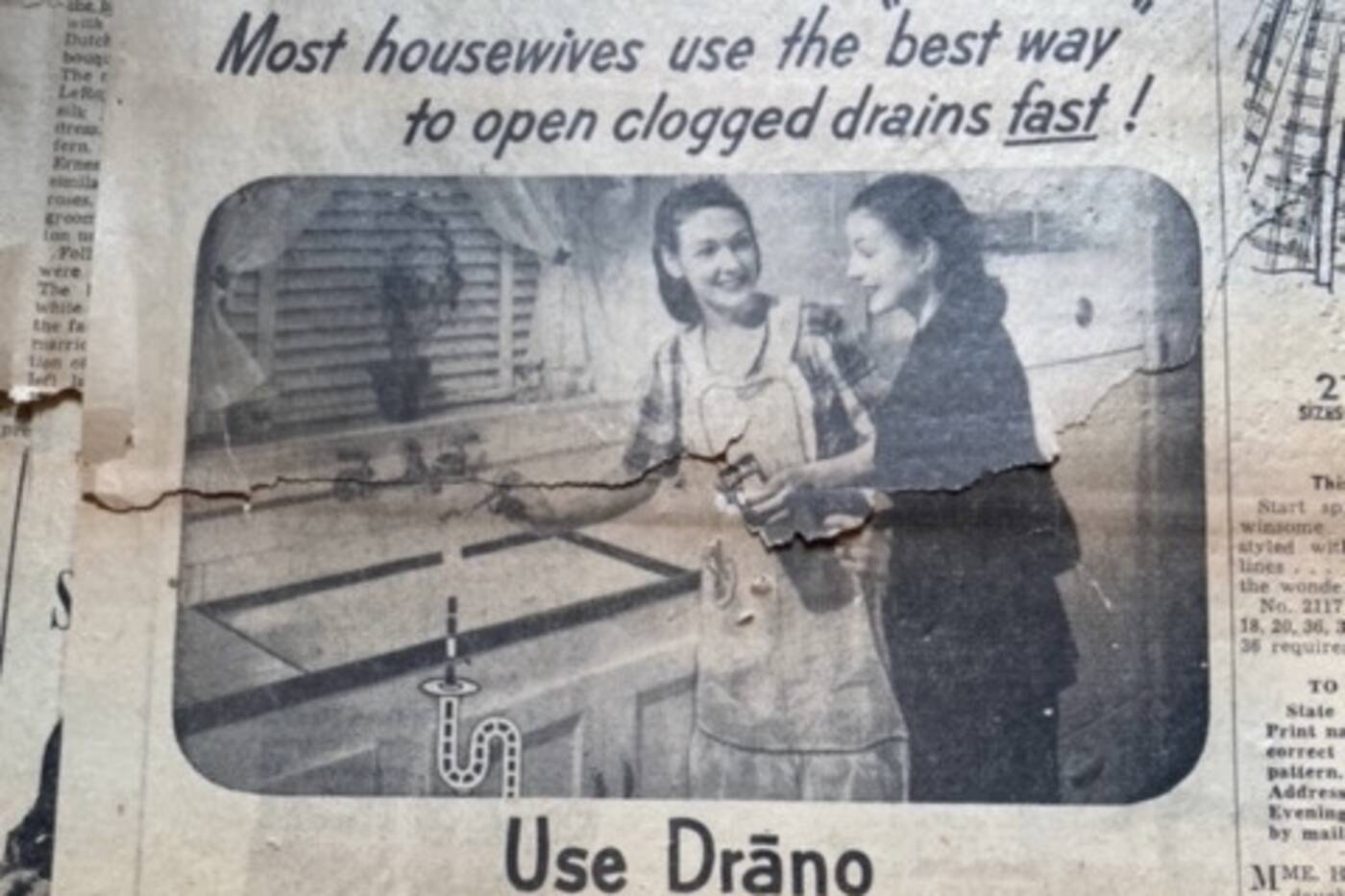 A Drano advertisement included in the paper.

"And then the real estate prices," Becker says. There's a listing for a "thoroughly modern" brick house in Cedarvale, complete with breakfast room and library, for $21,000; the current average price is closer to $1.7M. 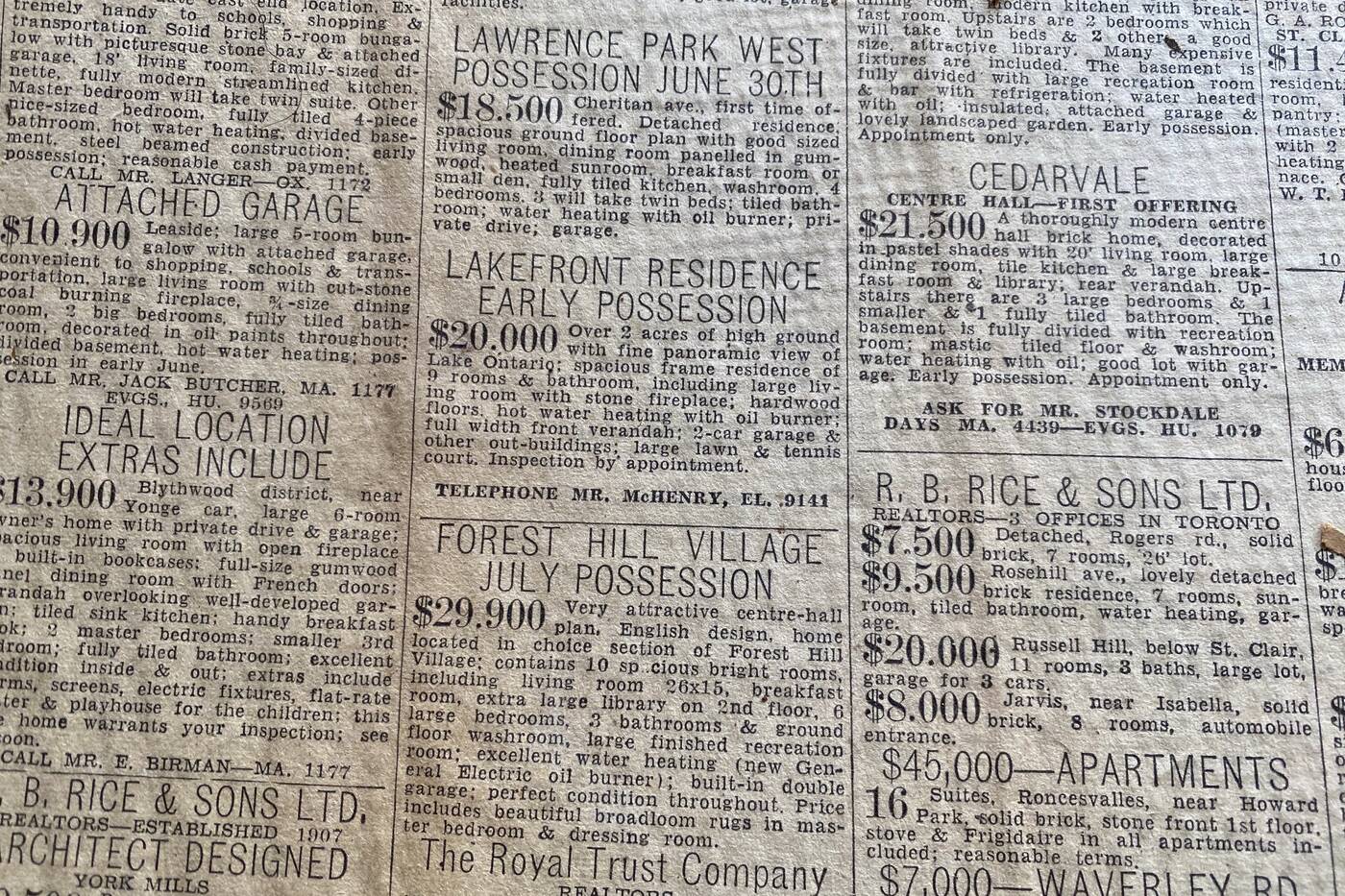 The real estate listings show crazy prices for properties on the lakefront and in Lawrence Park, Forest Hill and Rosedale.

The job postings for women in the papers also present slim pickings compared to those for men and specify certain physical requirements for the job. 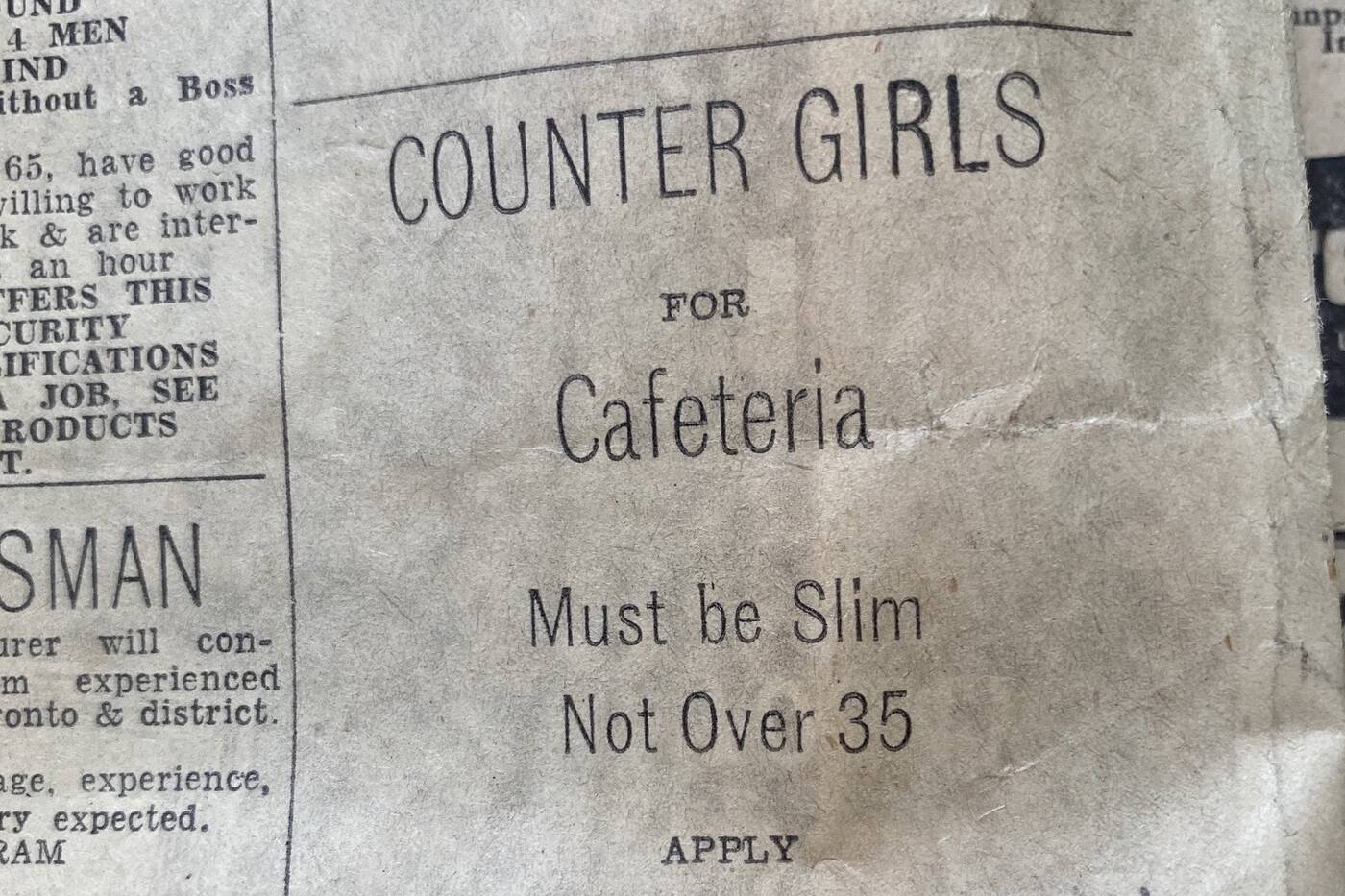 A job posting for a cafeteria worker.

Becker has also come across a Miss Manners-style advice column with some amusing tips for women on how to apply makeup to their legs to get out of wearing stockings in the summertime.

After flipping through the pages this past week, Becker says she'd like to see if she can track down some of the people she's read about.

There are two stories, in particular, that caught her eye, one of a woman who had given birth on Mother's Day and another of two thrilled people who'd just received a letter from the the future Queen, who'd just got married to a dashing young man named Philip the year before. 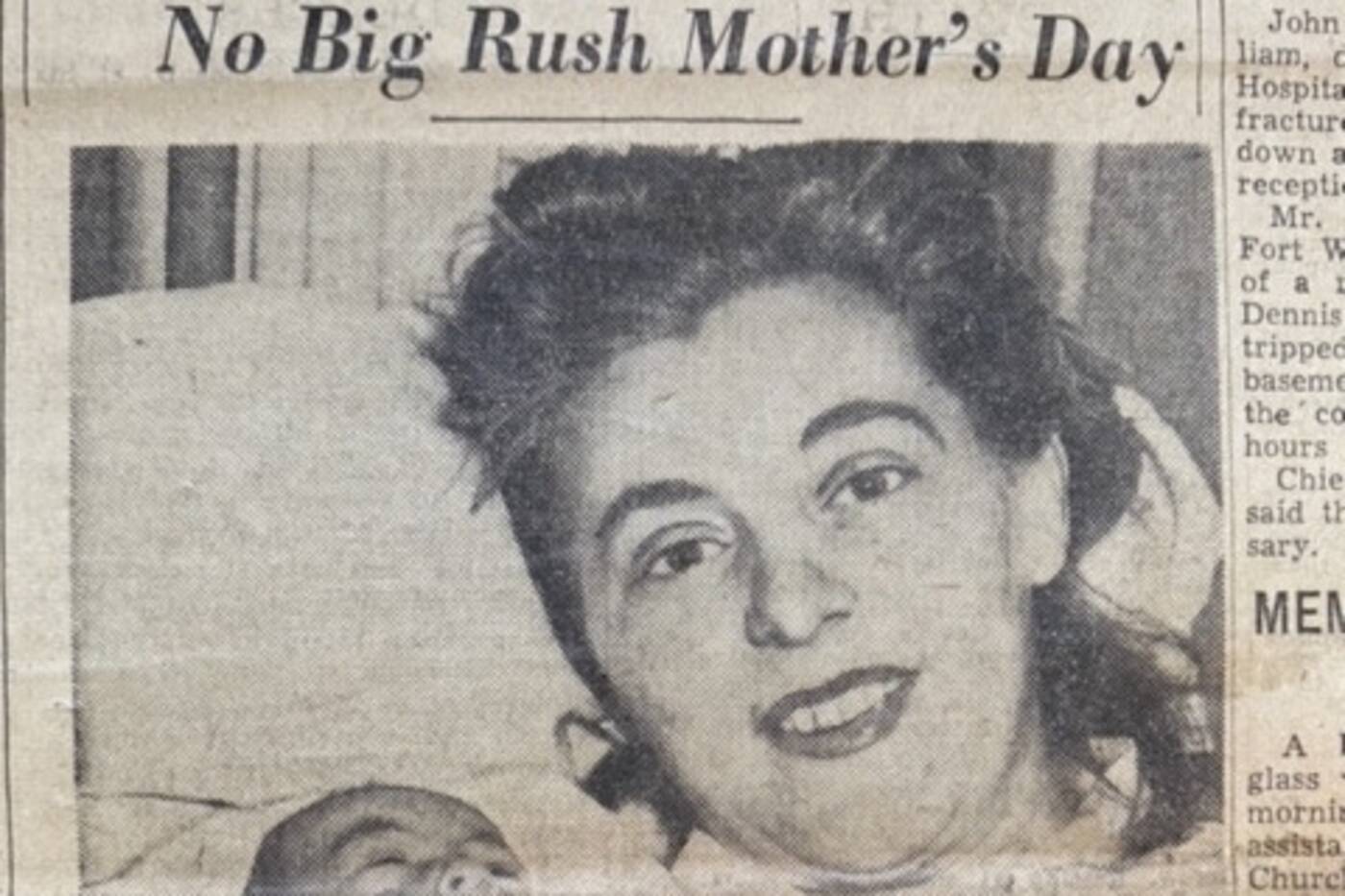 The story of the woman who had her baby on Mother's Day in 1948.

"I wonder if their families have copies of these, it'd be neat to try to get it back to some of these people or their families," she says."I know if there was some article like that about my grandmother I'd be curious to see it."

Becker plans on sending some feelers out in a Facebook group called Friends Who Like Vintage Toronto to see who she can find. In the meantime, she's just enjoying reading the papers.

"Whether I'll keep it forever, I don't know,” Becker says. "But it's certainly an interesting time capsule and things like this are worth saving."