Colourful signs protesting the COVID-19 lockdown have been hung around a popular park in Toronto's Rosedale neighbourhood.

When Derek Kreindler went to Rosedale Park on Sunday with his camera, he saw dozens of bright posters covering a large tennis court fence, and they weren't the positive messages you sometimes see around the city. 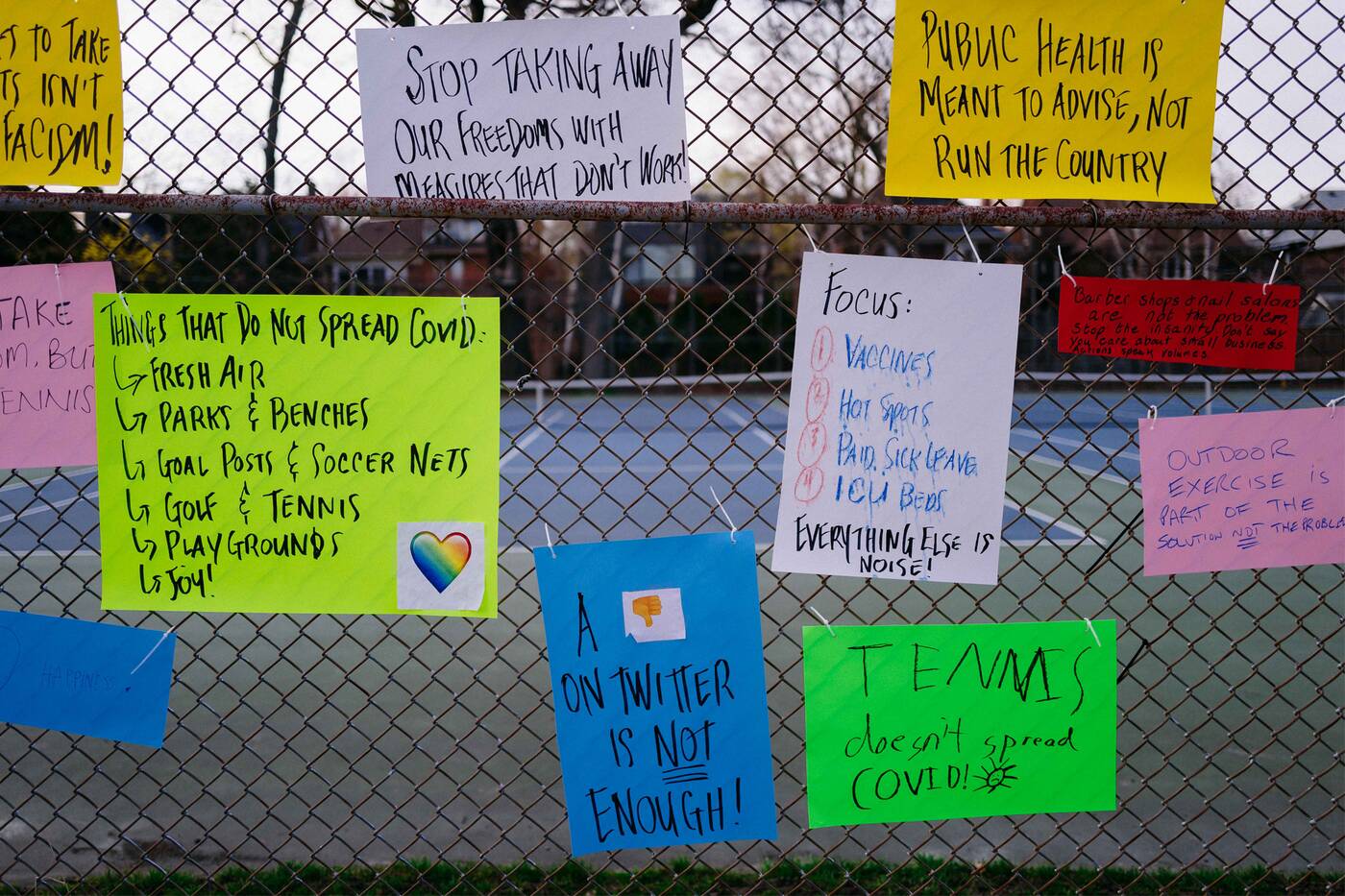 The posters were all about the latest lockdown restrictions, and were mostly critical of the government, public health and the media in how they were being handled.

The sentiment seems to be a popular one.

"While I was shooting, I had a couple of people walking their dogs come up to me and express their support for the signs and their frustration with all levels of government. They were friendly and respectful but the anger was palpable," says Kreindler. 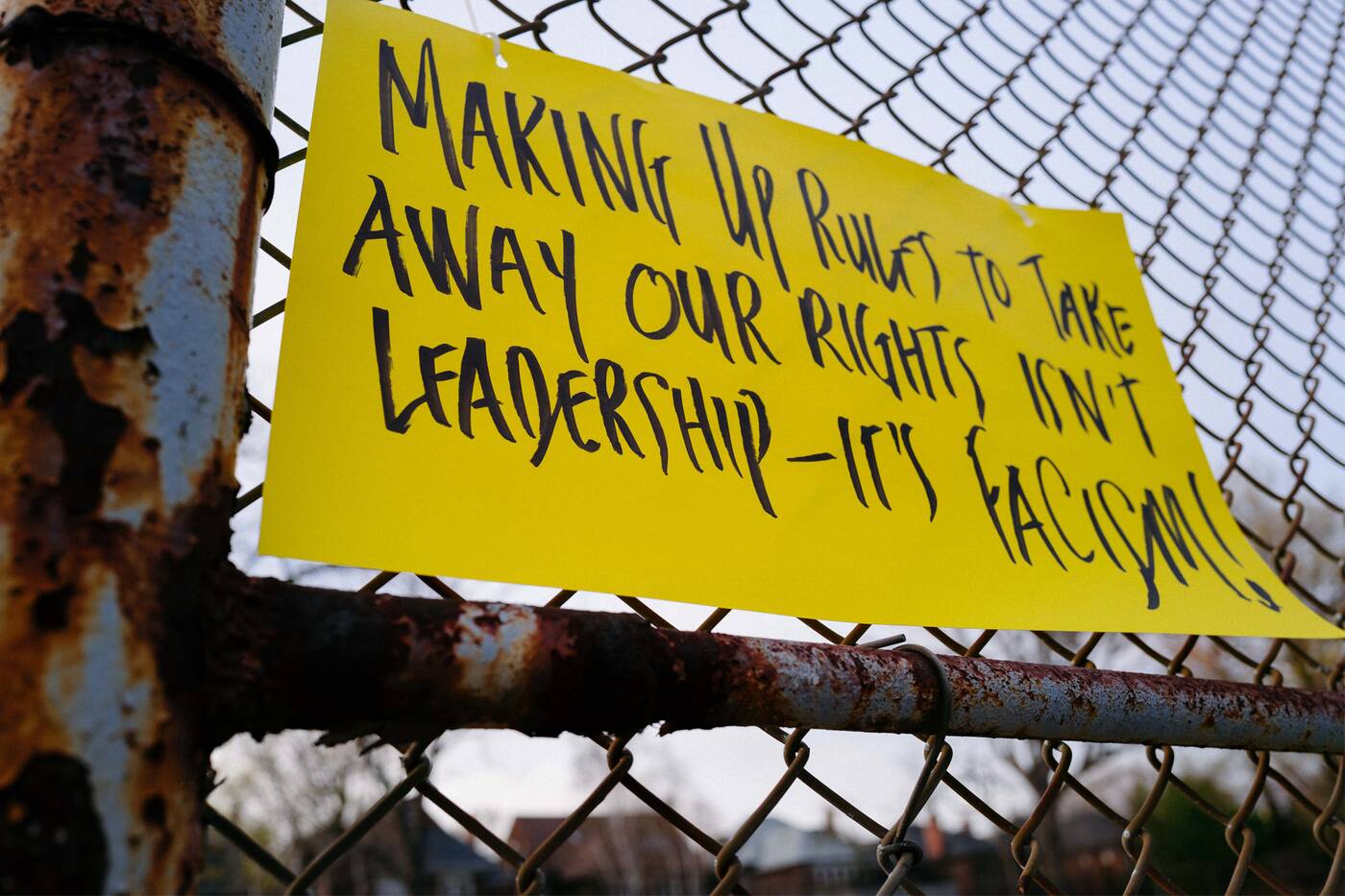 He also says he noticed a bucket full of paper and zip ties with a sign encouraging people to make their own poster to put up. 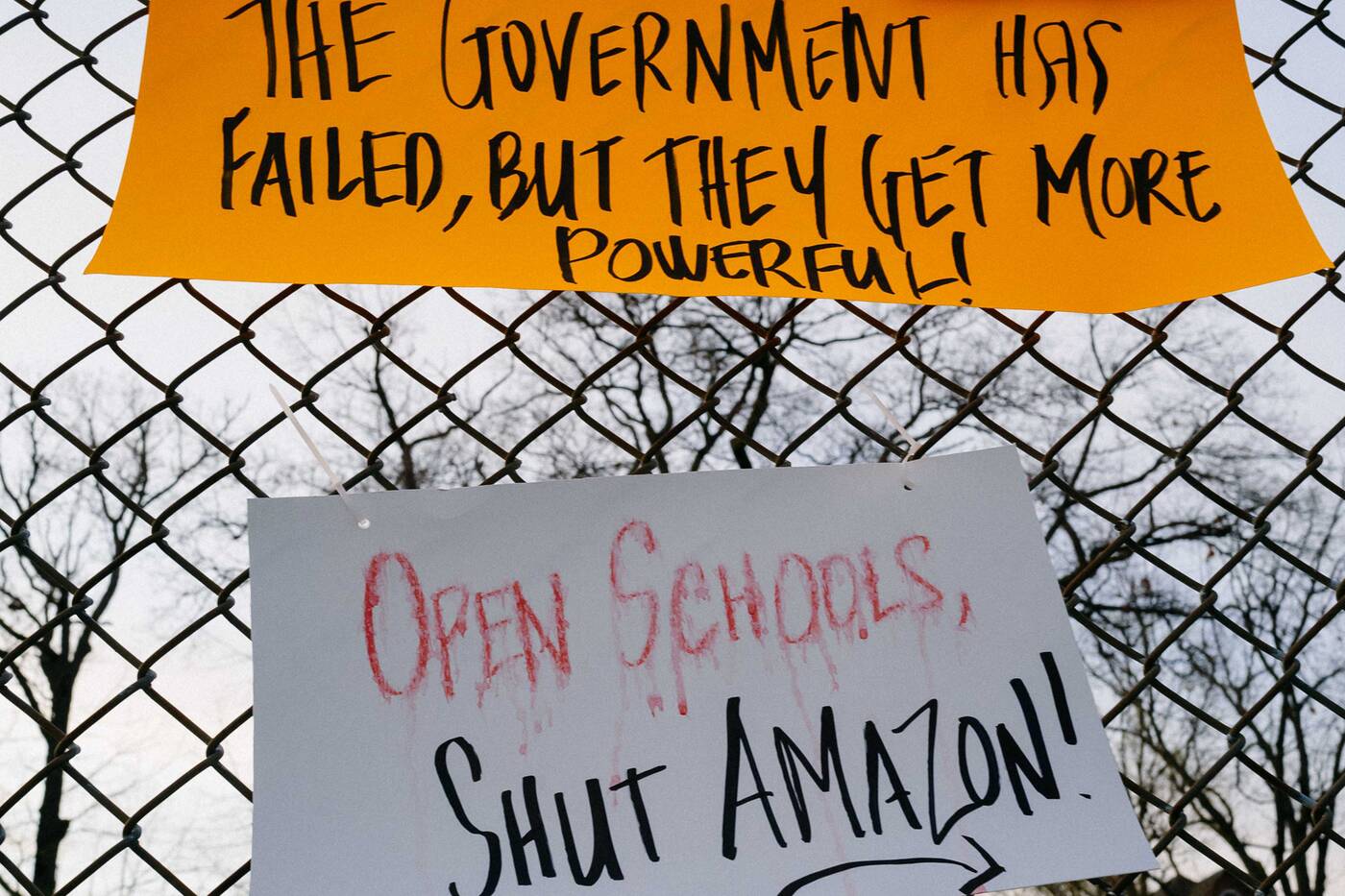 Some messages were simple like "Secure the vaccine!" and "Open schools, shut Amazon," while others were less polite. 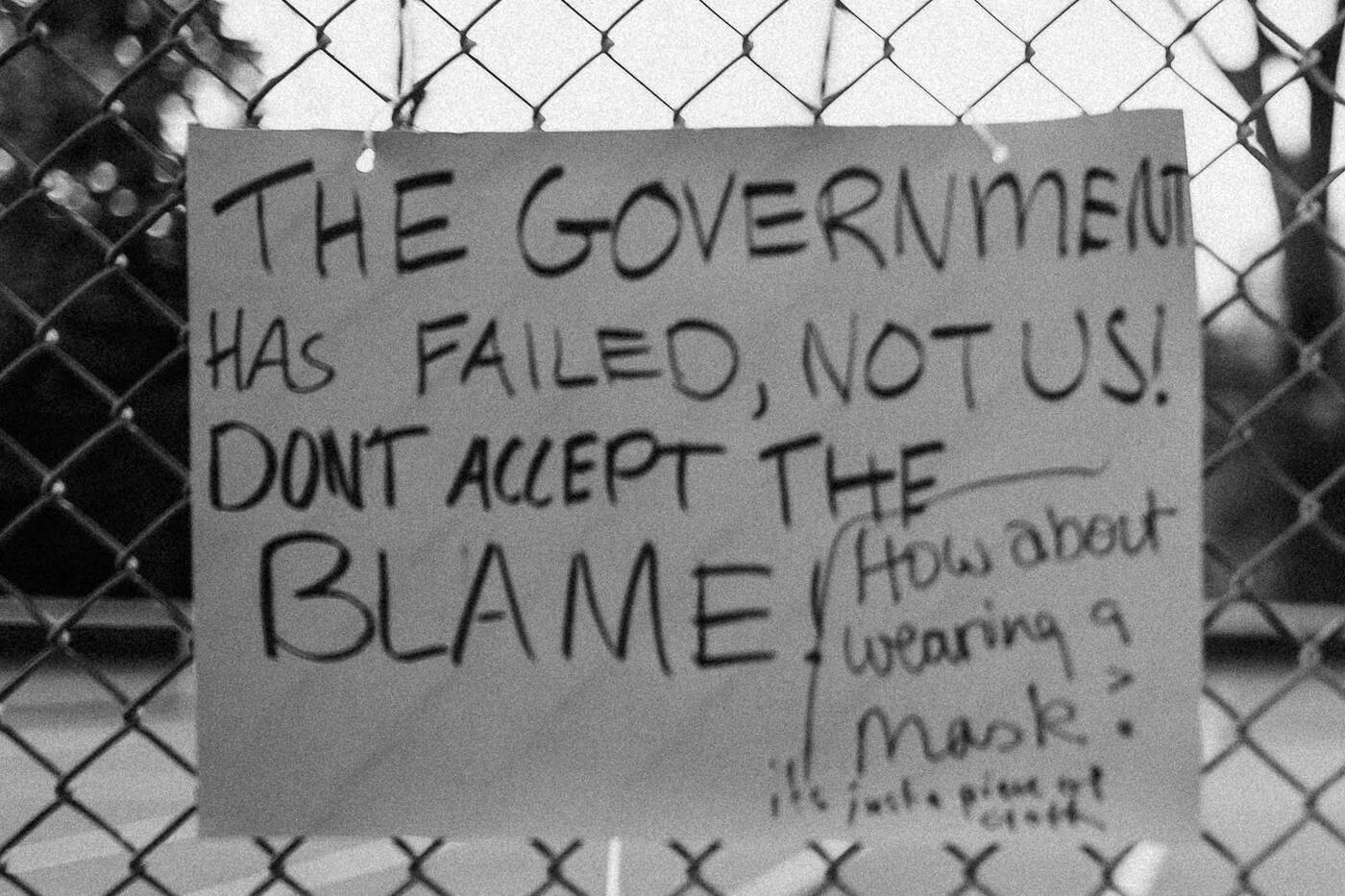 One poster seemed to be an exchange between two individuals, one saying "The government has failed, not us! Don't accept the blame!" and another writing back "How about wearing a mask?" 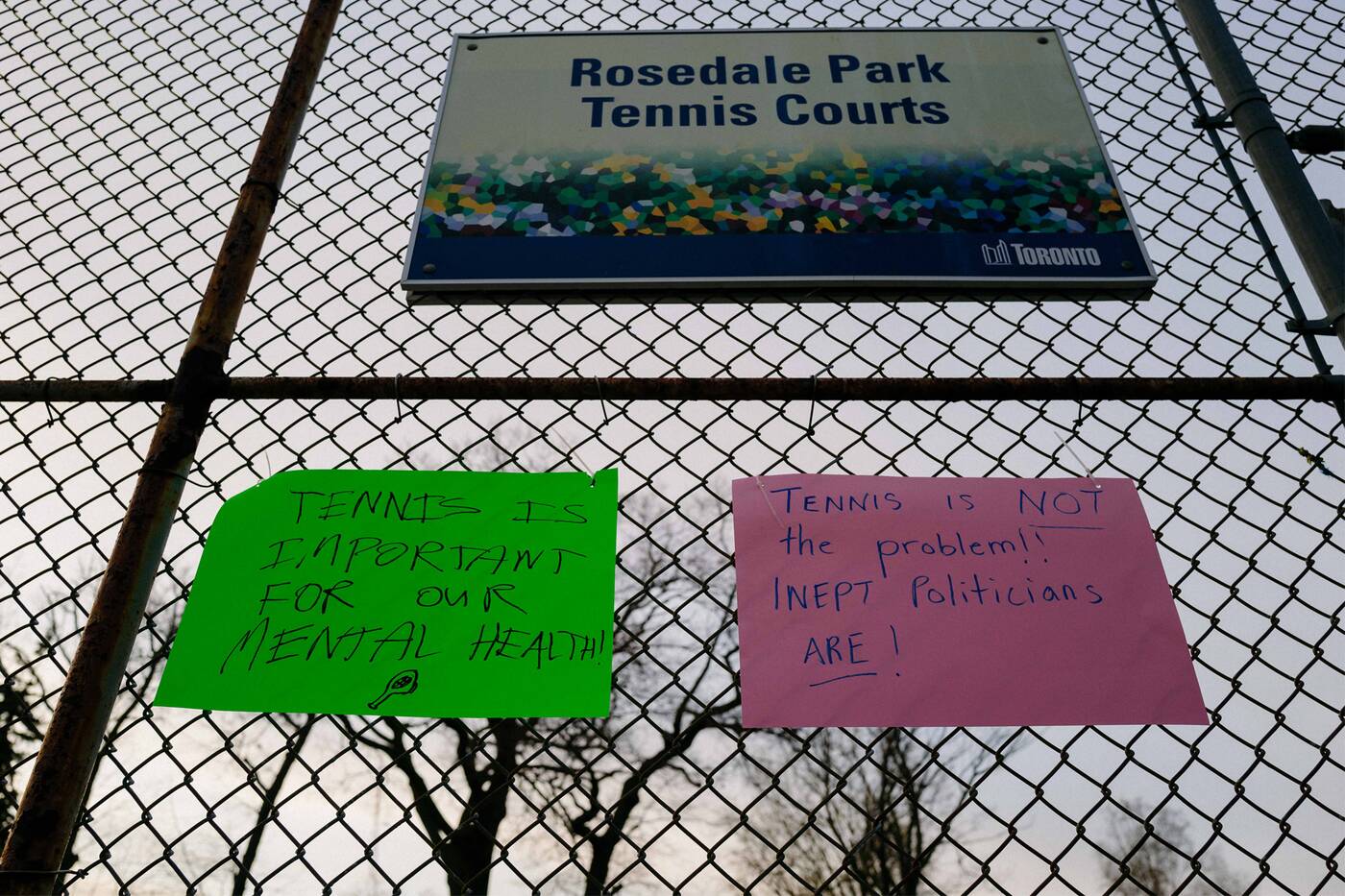 Some people simply wanted to play tennis, which was banned by the government under the new stay-at-home order.

"You can take my freedom, but not my tennis!" read one pink poster. 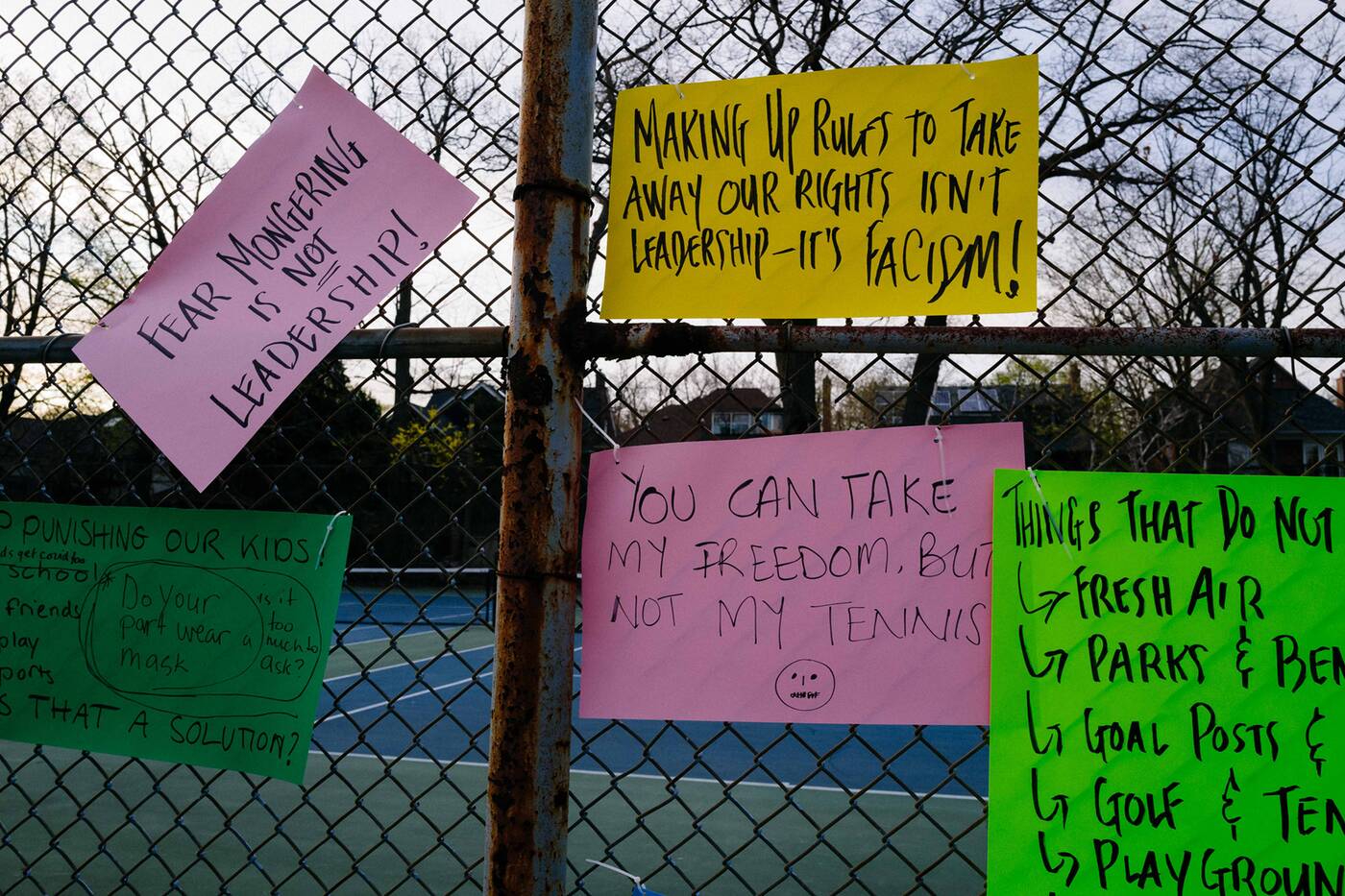 Kreindler, whose pre-pandemic shots are primarily of people interacting in public places, says that the pandemic has made him miss capturing photos of Toronto.

"I wanted to document a spontaneous expression of anger and dismay by Torontonians," he says, "and felt this was a good opportunity."