A small body of water on an old map in an area of Toronto that is now settled with homes caught the attention of a history buff.

There are plenty of lost rivers and creeks in Toronto, such as Garrison Creek or Mud Creek, which still run under the city but have been buried over time. Lost Rivers documents these water bodies on their website.

There is also the ancient Laurentian River that runs underground from Wasaga Beach and through High Park.

A round mark that looks like a pond between Parkside Drive and Indian Road near St. Joseph's Hospital, interested Walter Derzko who posted the find on the Bloor West High Park Junction community Facebook group.

Derzko told blogTO he started looking at old maps because he heard there were small creeks around Garden Avenue and Galley Avenue. 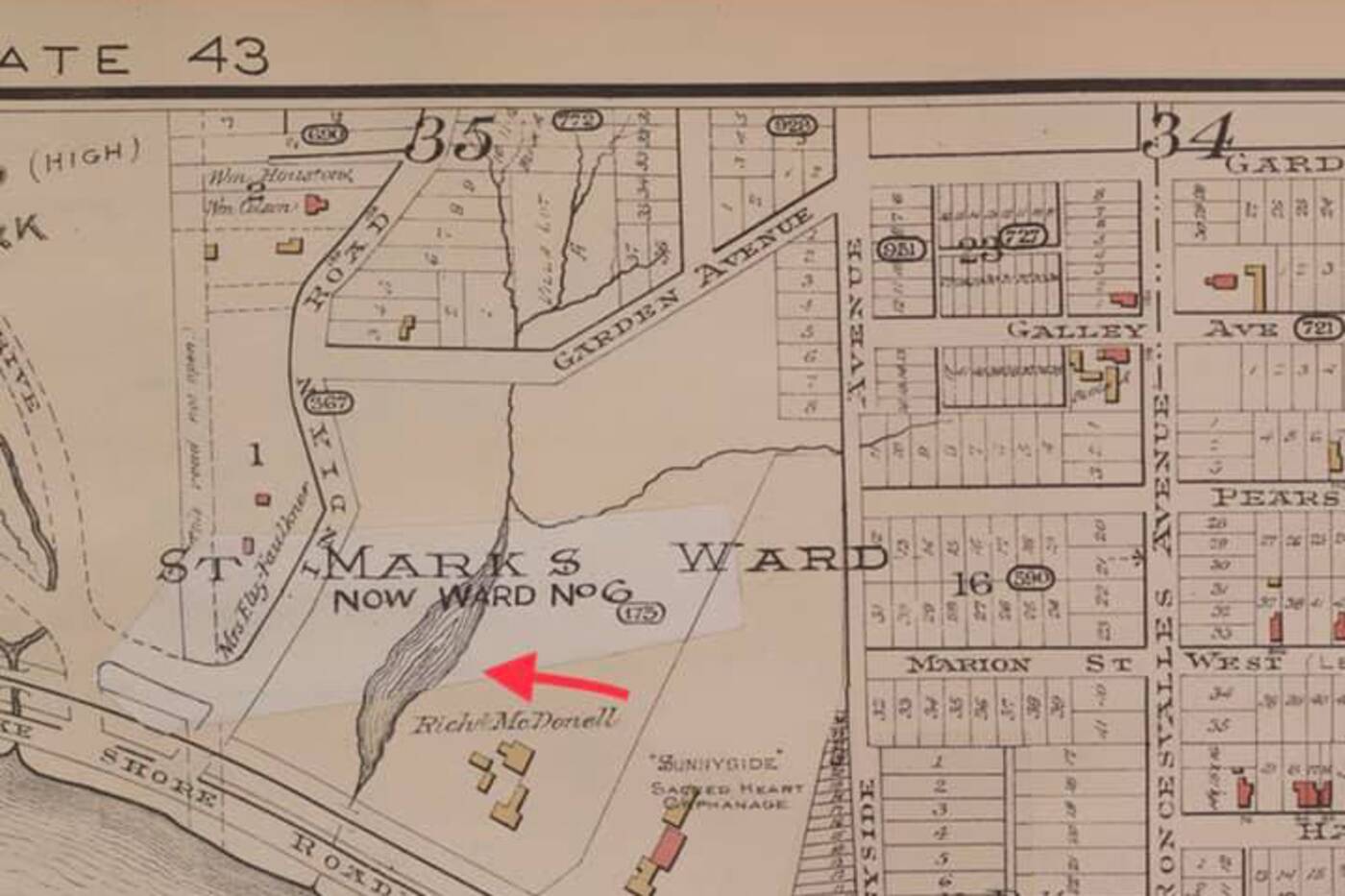 A 1894 map of Parkdale from the University of Toronto Map and Data Library site shows a pond between Indian Road and Sunnyside Avenue.

He found a map of Parkdale dated 1894 on the online University of Toronto Map and Data Library site.

There are several creeks that crossed through High Park and what is now a residential area, according to High Park Nature.

An 1884 reference shows the curve of a stream reaching just east of Parkside Drive and then curving back southeast towards the present-day intersection of Howard Park Avenue and Indian Road. By 1890, the creek is gone.

The names of these creeks are lost, and all were filled in or buried to make way for residential development. 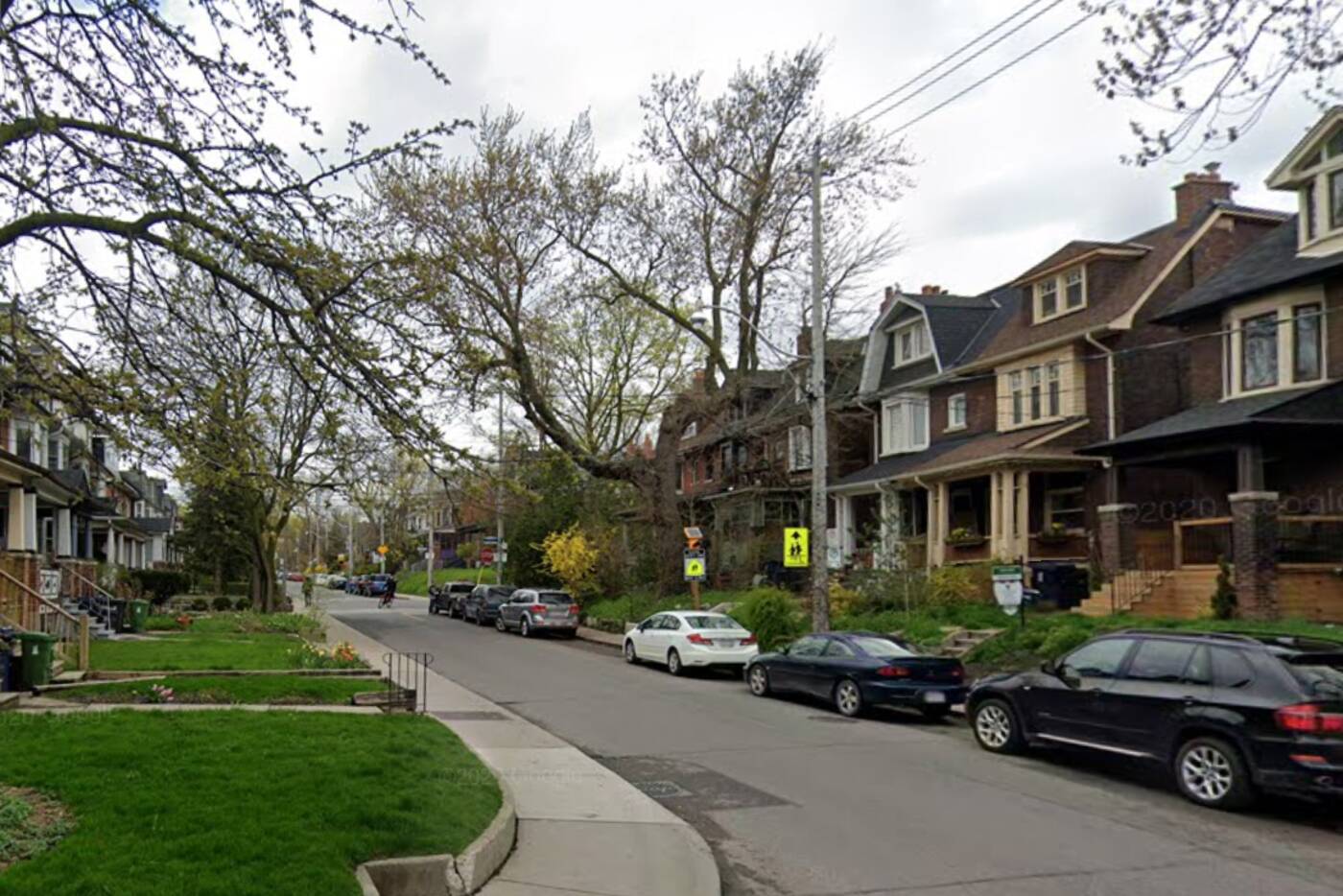 The homes at Sunnyside Avenue and Parkdale Road were beside an old pond. Google Maps photo.

It is interesting to note that sinkholes appeared on Parkside Drive in 2009 in the same place as one of these buried creeks, High Park Nature notes.

Since Derzko posted his find, he gathered more maps and residents have come forward with stories about flooded basements and tilted homes in the area.

"Before the city redid the water and sewer pipes under the road, Westminster would be like a river, with water flowing down, then down Indian Road... many flooded basements!!" one person wrote. "Two houses next to ours especially always had water in the basement." 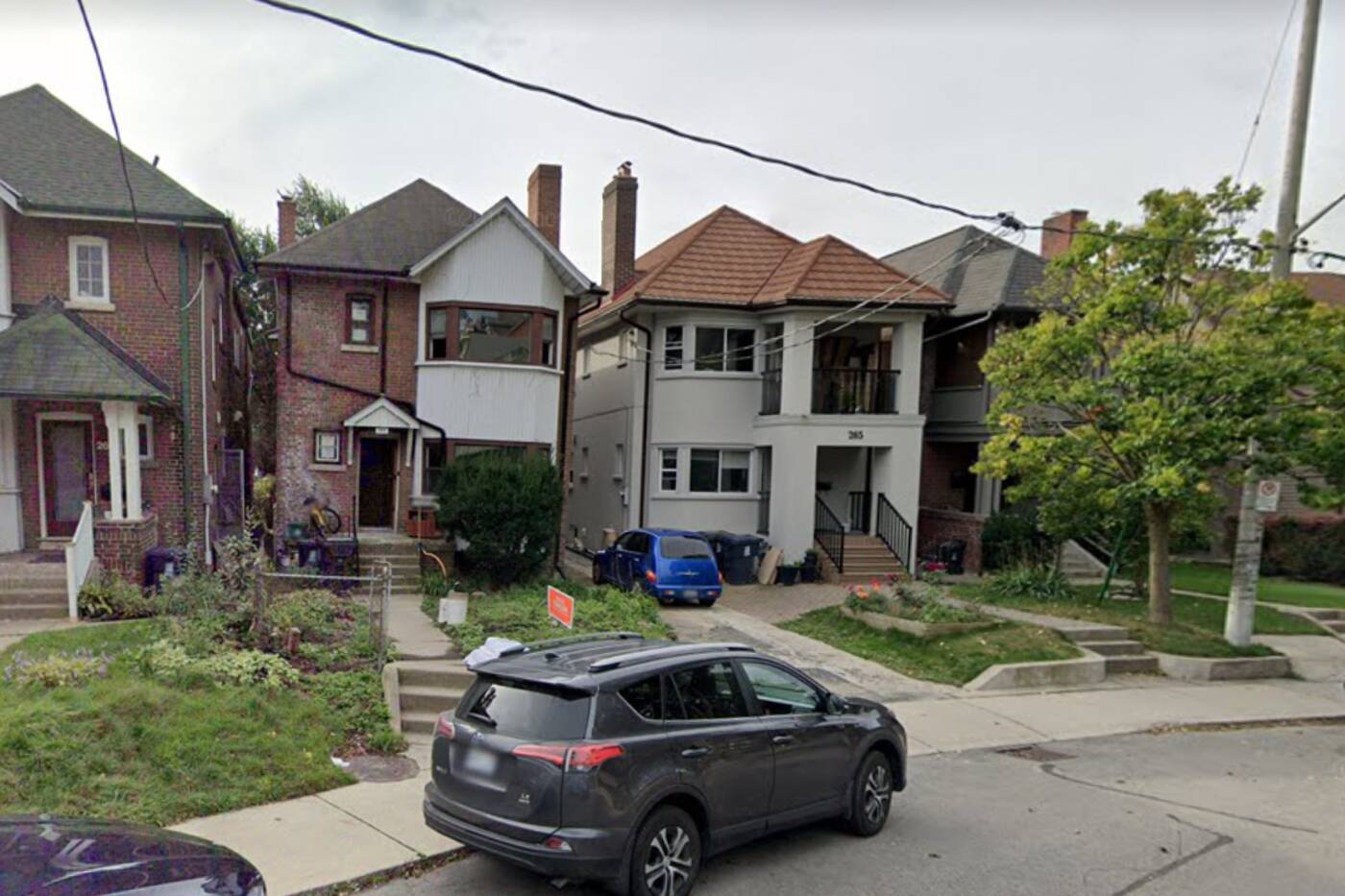 The homes on Garden Avenue do seem to be tilted. Google Maps photo.

"I wonder if that has anything to do with causing some of the houses in that area to be tilted, as if they were sinking into the ground," another person said.

It is difficult to know how large the pond was and how much is impacting the current infrastructure. Hopefully, there will be no more sinkholes and the residents can rest easy.